Bruce Murray of Boundary Breaks: Leaving a life of tech startups for the allure of Finger Lakes Riesling

Boundary Breaks is a relative newcomer to the Finger Lakes wine story. The winery is the creation of Bruce Murray who in 2007 purchased a 120-acre farm on the East side of Seneca Lake that had been previously focused on growing corn and soybeans. Today Murray operates the estate with his wife Diana Lyttle, with Riesling as the staple crop. Boundary Breaks is unique in that it is working wine farm but vinification of the grapes happens offsite in collaboration with other Finger Lakes wineries.

Prior to starting Boundary Breaks, Murray had a long career as a media executive with Newsday on Long Island followed by a second act in the tech startup world (including one of Elon Musk's first companies). Grape Collective talks with Murray about his unique career change and why the Finger Lakes is home to outstanding Riesling. 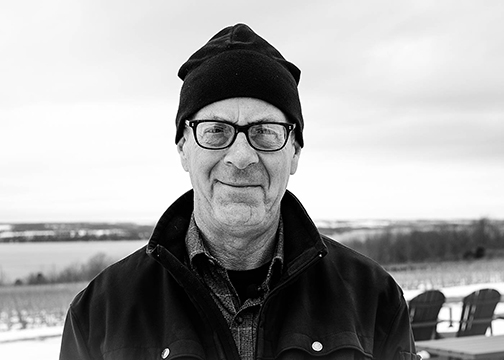 Christopher Barnes: How did you end up making wine in the Finger Lakes?

Bruce Murray: I was raised not far from here. And when I was around 50 years old and living in New York City, I thought what would I like to do for the last 30 years? And I thought coming back here made a lot of sense. Coming back here to make Riesling, in particular.

What did you do before you became a winemaker?

I had had a career in publishing which is a pretty typical career, but the publishing world changed pretty dramatically, so for twenty years or so I worked in small companies that were mostly high risk companies. And I got accustomed to things that entailed more risk and less comfort. So I was really ready for something very similar. And this is in that vein, completely.

What makes the Finger Lakes a special place to make wine?

It is unique in that its climate is right in a very narrow zone where cool climate grapes can both be grown successfully and the wines made from them be very, very outstanding. And that means grapes like Riesling, Gewürztraminer, Cabernet Franc happen to be extraordinarily well suited to this region here.

Bruce, talk a little bit about the Riesling from the Finger Lakes. How would you describe it?

People think of it as a sweet wine, but in fact the world's finest Rieslings can be either sweet or dry. And the main thing about Riesling that makes it what it is, is its acidity. It has a lot of sparkle, it has a lot of liveliness to it and that kind of wine can only be made with grapes grown in a very cool climate.

And stylistically, how would you compare Finger Lakes' Riesling to those from other regions?

Rieslings have been grown in warmer climates like California. Out on the West Coast you'll find them. But in warmer climates the grapes get very ripe very quickly and the acidity that's natural to the grape tends to disappear. So you really can't make top flight Riesling in warmer climates where most other grapes are grown. The best Riesling, historically, have come from Germany, Austria, France, and we have a climate here that is very similar to those. And, our wines are different, but they're in the same category.

We are here on Seneca Lake. What influence does the lake have on the grapes?

Seneca Lake is one of 11 Finger Lakes. It's the deepest and it's the largest lake. Right behind us here, the lake is about 700 feet deep. It never freezes. And so any grape vines planted closer to the lake are going to be a little bit sheltered in terms of temperature by the warmth coming off the lake. So in conditions where the temperatures can fall below zero, which is very difficult for grapevines to tolerate, grapevines planted close to the lake are going to be able to survive because the temperatures are warmer.

Talk a little bit about the soils in the Finger Lakes.

The Finger Lakes soils are glacial soils, so they are very diverse. The glaciers that came down from Canada pushed the dirt around and mixed it over many cycles. So what you get is not one uniform type of soil, but you get quite a variation between gravel, clay, silt, loam, sand and shale. 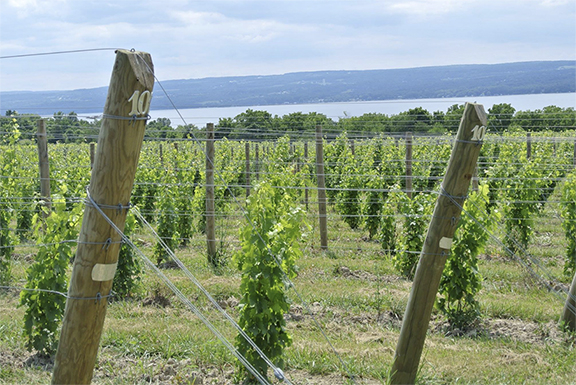 And we're in the middle of winter, here. How do you describe the viticultural practices that go into making top class wine?

So really it's about vine health. In a climate like this where the temperatures and the season are short and the temperatures are lower, really good wine is made in the vineyards. So we do quite a bit of specific vineyard management that is designed to make sure our vines a) tolerate the cold winters, and then b) are able to take advantage of whatever sunlight and warmth we get during a short growing season.

I think that the folks here in the Finger Lakes realize we're the underdog when it comes to breaking into the national or global wine industry. So I think we work very closely together. I was able to get lots of good advice from people who felt that if we can make good wine, if all of us are making better wine, then the region's reputation will improve.

And that's not just a cliche, it's in fact very true. I've benefited enormously from the advice of my neighbors and colleagues.

Bruce, you have a 120 acres of land, 70 of which are potentially plantable to vine, but you don't have a winery. How did you decide on this model?

At the time, we felt the main thing was to get a vineyard in the ground and see if we could produce outstanding fruit to begin with. Before making the sizable investment in a production facility, we wanted to be sure that we could come out of here with great wine in the first place. So we planted the vines, we grew the grapes and we found really accomplished winemakers in this area to make the wines for us.

Which winemakers did you work with?

We've had seven different winemakers in the nine years that we've been making wine with and they include winemakers who are at Fox Run, Lakewood, Swedish Hill, Sheldrake Point, Red Newt and who are at Barry Family Cellars.

So we've really had the ability to get the benefit of many different perspectives on winemaking. And one of the things that's been consistent is the wines themselves have been very, very high quality in each case. 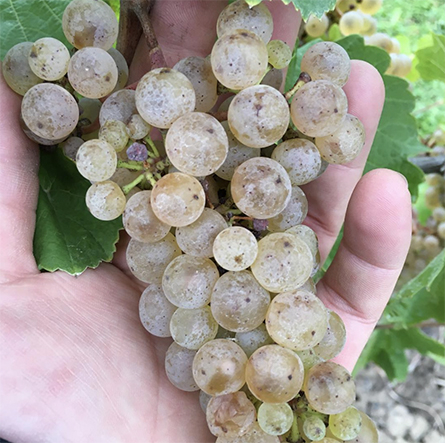 I would say that we discovered in 2014, which was a fairly warm year, that we could get our fruit much riper than we thought, here. And with Riesling, when Riesling develops into a riper level of maturity, you get wonderful flavors off that grape. So what we have really aimed for in all of our vineyard practices is to achieve maximum ripeness across the board and then make six or seven different styles of wine, whether they're very dry or less dry, out of that very ripe fruit. That's been the thing that I think has made a huge difference for us here.

What are some of the main challenges making wine in the Finger Lakes?

Well, first the biggest challenge in a climate like this is mold. As in most vineyards around the world, mold can take over your vines. The leaves can become less effective. The fruit itself can have mold on it. So in a climate like this where our September and October months can be wet, that's when the grapes are most susceptible to mold. We have to make sure that we're doing all that we can from the very beginning of the season to minimize the opportunity for mold to take over.

Everybody knows about the Finger Lakes in terms of Riesling. What are some of the other grapes that excite you?

I think great Chardonnay can be made in this region. Gewürztraminer is another grape that's known for doing well in cool climates. We also think Gamay a variety that hasn't really had much of a place yet in this region. But I think there's some folks thinking that Gamay will be the next red grape that does well here.

In terms of the Finger Lakes as an international wine region, what has to happen for it to take the next step? 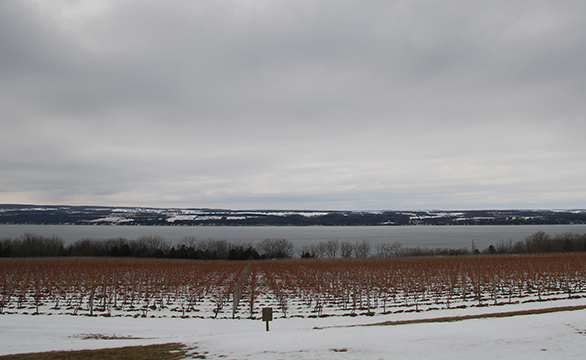 Would you say there's been an evolution in wine making in the Finger Lakes? You had the original guys like Hermann Wiemer and Dr Frank. Now you have a lot of new blood such as yourself. How would you describe the evolution?

In the 80s and 90s when the winemaking in this region began to take off, I think there was a lot of experimentation. A lot of the people that were doing that experimentation in the eighties and nineties are now nearing the end of their careers. So what we're seeing is a kind of a generational change right now with a new crop of people coming in who have learned from the last generation and are taking it to the next level. It's really typical, I think, as generations turn, that the next one learns on the previous one and makes things better.

So I'm drinking a dry Riesling. There's a style of dry Riesling we can make here where if you start with a really ripe fruit, you get really powerful tropical flavors, and then you have the bracing acidity of that dry Riesling. It's a beautiful, beautiful wine.