Winemaking in Israel dates back many centuries, but it wasn’t until the past twenty years that the Israeli wine industry has begun to flourish.  In the 1980s, there were only a handful of Israeli wineries, making predominantly boiled wines for sacramental purposes.  Since then the Israeli wine industry has grown exponentially, and today there are about 300 wineries ranging from small boutique style businesses to larger companies producing huge quantities of wine.  In 2011 Israeli wine exports surpassed $26.7 million, and in 2012 Israel produced over 36 million bottles of wine.  Although Israel’s wine industry has been growing steadily, it is still very tiny compared to other wine producing countries.  It’s the 35th largest wine-producing nation in the world, behind countries like Mexico and Canada.  In general Israelis don’t drink a lot of wine, so exportation is key to the industry’s growth.  More than half of all exports go to North America.

Roughly the size of New Jersey and located at the eastern edge of the Mediterranean Sea, Israel is characterized by a diverse landscape and a Mediterranean climate with two primary seasons - hot, dry, humid summers and cold, rainy winters. Wine is produced throughout Israel, but it is the more temperate northern areas like Galilee, Sharon Plain, Samson, Golan Heights, and the Judean foothills where the majority of Israeli winemaking occurs.  Officially there are five winegrowing regions in Israel - Galilee, Shomron, Samson, Judean Hills, and Negev.  An array of specific microclimates can be found within these regions, allowing for a variety of different types of wine to be produced.

In the 7th century, the Islamic conquest of the Middle East essentially obliterated the area's wine industry with wineries shutting down and vineyards uprooted.  As a result, the grape varieties indigenous to Israel have been lost. Today, winemaking in Israel focuses primarily on European grape varieties that were imported during the 19th century.  The most widely planted varieties include Cabernet Sauvignon, Chardonnay, Merlot, Semillon, and Sauvignon Blanc.  Other varieties that have been recently increasing in production include Cabernet Franc, Gewurztraminer, Muscat Canelli, Riesling, and Syrah.

Winemaking in Israel dates back to biblical times and the “fruit of the vine” is referenced numerous times in both the Old and New Testaments.  Jesus’ first documented miracle was turning water into wine at a wedding in Cana of Galilee. Noah planted a vineyard after the flood. In the book of Deuteronomy, the fruit of the vine was mentioned as one of the seven blessed types of fruit found in the region.

After a period of about 2000 years, Israel’s wine industry was revived by French Baron Edmond de Rothschild.  The company he founded, Carmel, is the largest winery in Israel and accounts for 40% of its wine market.

The vast majority of wine produced in Israel is kosher and made with strict adherence to specific guidelines and is labeled accordingly.  To be designated kosher, a wine can only be handled by observant Jews from the moment the grapes are crushed. However, if the wine is boiled or pasteurized it can be handled by anyone without losing its kosher status. A kosher bottle of wine will feature a “K” for kosher or an “OU” for Orthodox Union.

Shomron, also called Samaria, is the largest wine-growing region in Israel with over 40% of the nation’s grapes grown here.  The majority of vineyards in this region are located in the valleys surrounding the winery towns of Zichron Yaakov and Binyamina.

Galilee, or Galil, is the most northerly wine-producing region in Israel and consists of the Upper Galilee, Lower Galilee and Golan Heights wineries. It runs north from Nazareth all the way to the Lebanese border and has become Israel’s premier wine region. Most of the wineries use grapes from the Galilee for their First Label or Reserve Wines.

Israel’s wines have been featured in international wine competitions and have won numerous awards and honors.  In 2007, famous wine critic Robert Parker of the Wine Advocate awarded 14 Israeli wines it’s highest wine rating of “outstanding.”  The growing recognition and appreciation for Israeli wine has led to the slogan, “Not just for Kiddush anymore.” 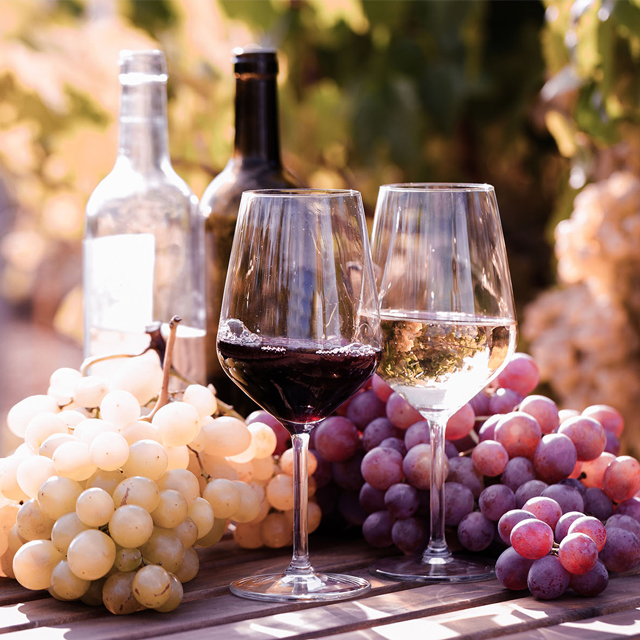