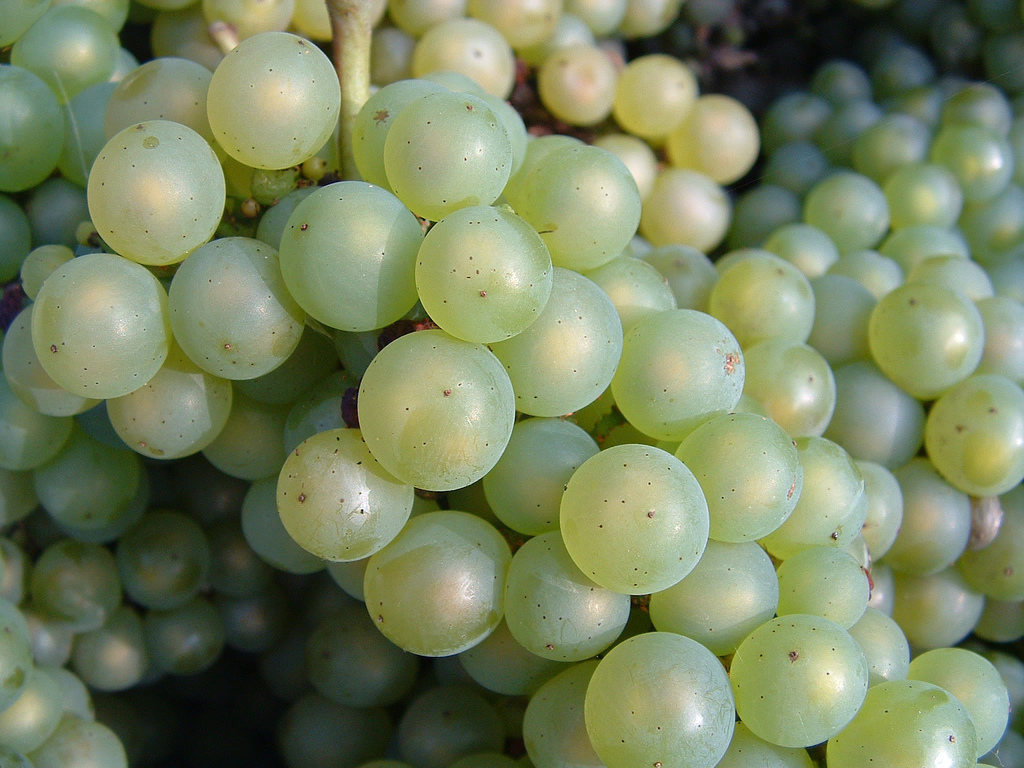 Chardonnay is one of the most popular and widely planted green skin grape varieties and is grown in virtually every wine-producing country in the world.  It is thought to have originated in the Burgundy region of France, and now thrives in California, Italy, Australia, New Zealand, Chile, and Argentina.  Chardonnay is favored among winemakers not just because it is so beloved among consumers, but also because it tends to be a low-maintenance vine that produces high-yielding crops and grows successfully in a wide range of climates.

The Chardonnay varietal is commonly said to be relatively flavor neutral, with its fruitiness attributed to the climate and soil in which it is grown.  In general, wines produced in warmer climates such as parts of California, Chile, and Australia, will have more citrus and tropical flavors, like grapefruit, banana, melon, mango, and pineapple. Cooler regions such as Chablis and Germany will tend to produce lean, crisp wines with high acidity and more pronounced flavors and aromas of apple, green plum, and pear.  Certain winemaking styles will also affect the end result Chardonnay.  With the influence of oak through barrel aging, aromas and flavors of vanilla, spice, smoke, toast, caramel, and oak may become apparent.  Additionally, malolactic fermentation, a process in which malic acid is converted into lactic acid, can add a rich toasty or buttery flavor to the final product.

Chardonnay is generally served chilled.  A young, unoaked, cool climate Chardonnay such as Chablis, will pair well with foods that are light and delicate.  Try it with grilled fish, prawns, crab, oysters, chicken, pasta primavera, or even sushi.  Fruitier, lightly oaked varieties from a warmer climate like Chile or New Zealand can take on slightly richer dishes such as pasta with cream sauce, Caesar salad, guacamole, chicken salad with peach or melon, and mild curries.  Full-bodied oak aged Chardonnay can handle even more richness and pairs well with eggs benedict, grilled veal chops, pumpkin ravioli, cheddar cheese, and foie gras.  The most mature barrel aged varieties of Chardonnay may have a creamy or even nutty taste, and tend to match best with delicate foods like simple grilled fish, shellfish, chicken, or dishes with wild mushrooms and roasted tomatoes.

Chardonnay is the second most commonly planted white grape variety after the Spanish variety, Airén.

The Chardonnay grape is used to make both still and sparkling wines, including Champagne.

Chardonnay is often confused with Pinot Blanc, as the vines, leaves, and clusters are extremely similar in appearance.

Chardonnay gained popularity in the 1980s, and now there are over 100,000 acres of Chardonnay grapes planted in California alone.

Oak barrel aging will increase the wine’s body, complexity, and finish, but also the retail price.  Oak barrels are quite expensive.

The purest expression of the traits and characteristics  of Chardonnay grapes comes from the Chablis region, where simplistic styles of winemaking are preferred.