Aroldo Bellelli of Bisci on the elegance of Matelica Verdicchio 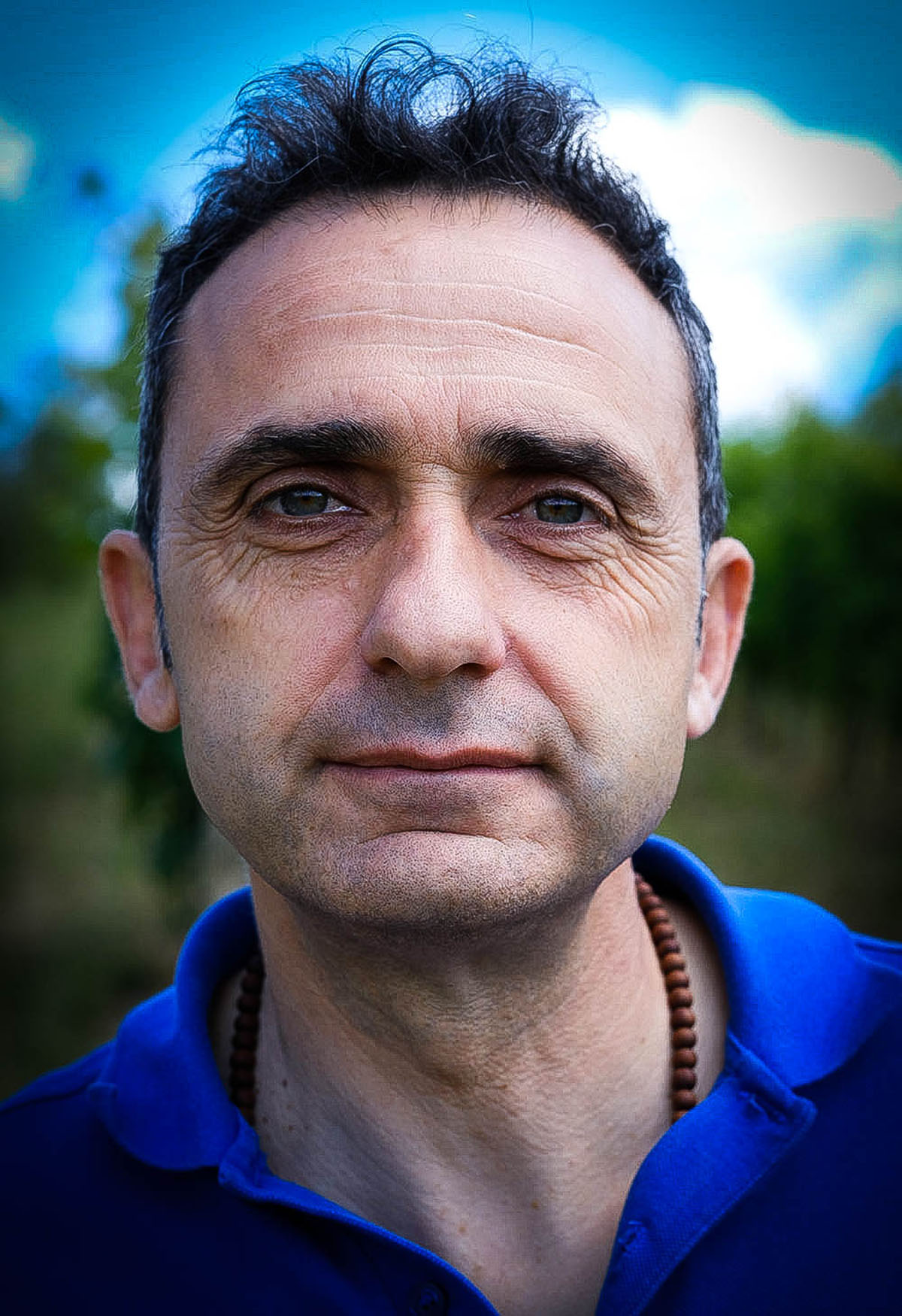 Bisci is located in Matelica in the Le Marche region of Italy. Matelica is high in the Apennine Mountains and is one of the great terroirs for Verdicchio. The soil, and in particular the climate, are very different from that of the vineyards of Castelli di Jesi, the most famous area for Verdicchio production, which is at a lower altitude and has a mostly coastal influence. Matelica wines tend to be leaner and crisper than their neighbors in Jesi. The land under vine is also considerably smaller with about 250 hectares under vine compared to 3,000 hectares under vine. 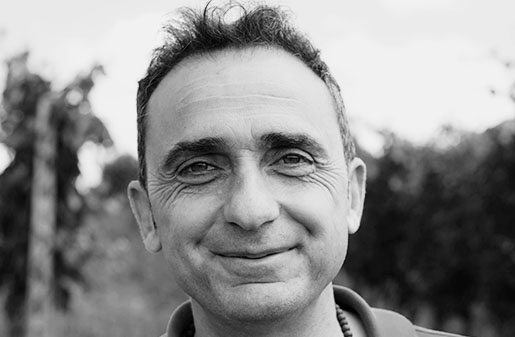 Bisci organically farms 20 hectares of vines which are located at an altitude of 320 to 370 meters above sea level with southern exposure. Founded in 1972, the second generation Mauro and Tito, sons of Giuseppe, run the estate. Grape Collective speaks with longtime Bisci winemaker Aroldo Bellelli.

Christopher Barnes: Talk a little bit about the history of Bisci.

Aroldo Bellelli: Well, Bisci's a historical estate in Le Marche. You can consider that the denomination here is one of the oldest in Italy from '67. Bisci started to bottle in '82, but they had the land since '74. They hold this work respecting the local variety, Verdicchio, and respecting the soil that is mainly clay or clay-limestone and always looking toward the respect of what we produce in the vineyard.

Why Verdicchio? Verdicchio has had a history here for a long time and it adapted here very well. It is a very generous grape and here, in this climate situation, it gives the best because it's really generous. The generosity is both in the production, in the texture you get in the bottle, and in that very nice acidity you get in a bottle. And, you know, the two things together; minerality and acidity really are the best combination for a white wine. And here, you get the best expression of Verdicchio.

So, the two very famous areas in Le Marche for Verdicchio are Matelica and Castelli di Jesi. How are the wines different in the two areas?

Two areas, same variety, same grape. What really is the big difference is the climate. Here, you really have a much cooler area and what is really important is during the ripening period, during the harvest period, and during the end of the summer you have a very important thermal excursion between day and night. And this big thermal excursion really keeps a great, nice fragrance from the skin and keeps the very high acidity. So, what you get, comparing the two expressions of the Verdicchio is this: in Matelica, higher acidity wine with a more vertical approach and it has a very beautiful drinkability approach, and something that is really important to us in terms of longevity. So, if you want to make it very simple you have: Matelica with higher acidity, higher minerality compared to the Jesi area and from the area of Castelli di Jesi, a much easier drinking wine. Then, again, you can get a beautiful expression also in Castelli di Jesi, but those are the main differences between the two Verdicchio expressions.

Take a 360-degree virtual reality tour of Bisci in Le Marche, Italy. This experience only works in certain browsers including Google Chrome. You can also experience the VR tour directly on Youtube.

Let's talk a little bit about the terroir in Matelica. How would you describe the climate and soils?

Terroir, so climate and soil. From the climate point of view, we have a continental expression of the climate. Quite warm summer, cool winter. Warm summer, but as we were saying previously, a very nice thermal excursion between day and night. That's very, very important because it really helps the grape to ripen and to show the best. From the soil point of view it is a clay-limestone soil. A very nice mix of climate and soil perfect for vineyards, for growing vines. It is a soil that is great but needs to be treated properly. I mean, you cannot go in the vineyard and work it and do the work when it's really wet, I mean when it's full of water. You really need to pay attention to this particular thing. 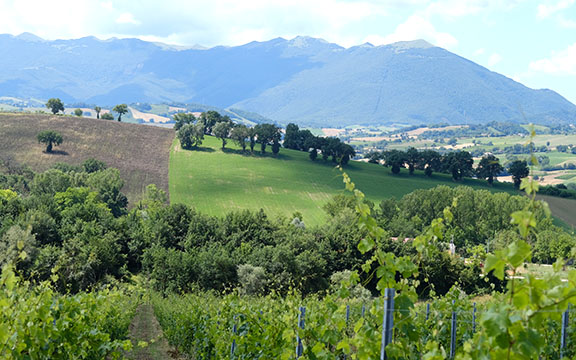 Talk a little bit about the philosophy of winemaking in Bisci.

The philosophy of this estate, is to respect what we produce in the vineyard. Great work done in the vineyard and also to consider that we are in biological production since different years now. Philosophy is to put in the bottle what we get from the vine. "A bunch in a bottle," that's the idea. Not to interfere, nothing at all. Just trying to get the best from what we have from the hand work we do in the vineyard. That's the best philosophy we have. That's always been like that. 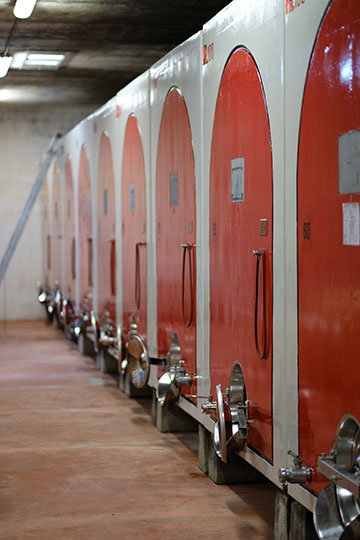 Why do you work with cement tanks?

Why cement? Cement has two big points for me. One is historical. When I came to this estate, I found those cement tanks that we have seen in the cellar, I wanted to respect that. That's the approach, that's the idea, and also, the more I work with that, the more I was convinced that that one was the best container.

The best container, because as we know, as the grape loves big thermal excursion, the wine doesn't. The wine loves to be stable especially from the thermal point of view. Doesn't really like the big excursion that can happen during the day or during the seasons. The cement really gives a great help, a great hand, a great support to keep a smooth thermal variation. That's very, very important for the wines.

The only thing I like to point out is that, as we already mentioned, our philosophy is really to respect what we are producing in the vineyard and to respect the grapes. This is because, you know, we've been producing this wine for many years now and people appreciate it, people understand that we are really coherent. This is something that I am adding, you didn't say that. You didn't say that but we are so coherent that our oenologist Aroldo was there to fight against the new fashion that was going around Italy.

Using the wood in the white wine and they all do at certain points. Look, I've been here for many years, I think cement is the top container but if you want to go with the wood, you choose. Somebody else, even better than me will do the wine. I want to stay with cement and the great thing was that the young generation from the Bisci family said, "Aroldo, You are right, we are with you. Go ahead at this direction. We stay with cement."

Important thing is coherence, coherence since the beginning.