It’s a French Barrel. No, It’s an American Barrel. It’s Both! A Rioja Story

Remember Rioja? When we began learning about wine, it was the wine of Spain. In our first eight years of notes, every Spanish red we had from a specific region was from Rioja -- wines like Paternina, Marqués de Riscal, Marqués de Cáceres, often purchased at Grand Union with groceries.

Then Rioja was overtaken in buzz by other Spanish wines, like Priorat and Ribera del Duero, propelled by hard-headed dreamers who poured expertise and money into harnessing difficult terrains. Good old Tempranillo-based Rioja –cherry-plum, leathery, woody and often inexpensive, as well as spicy, aged-forever gran reservas – seemed like a dowdy grandparent. As Jancis Robinson wrote in the Financial Times in May, Rioja “had a bit of a reputational wobble a couple of years ago when Artadi, one of the most admired producers, said it no longer wished to be associated with Rioja because the name – applied to cheap supermarket blends as freely as to Artadi’s finest – had no value.” Ouch!

Rioja is out to change this. The region has just codified new rules to give consumers a better idea of what they’re buying and some producers have been experimenting with ways to make Rioja more modern – that is, to appeal to consumers who like richer, fruitier wines – without losing what Rioja tastes like. (For more background on Rioja, read Dottie’s column on La Rioja Alta )

Simply put, Rioja was over a barrel. So it’s appropriate that this is where Matias Calleja and his barrels come in. These are not just any barrels. These are barrels that had people calling him crazy.

Winemakers and their barrels. Get them started on the subject and it’s hard to get them to stop. For good reason. In influencing the taste and style of wine, the choice of oak barrels is like painters having additional colors. Some prefer French, others Slovenian or Hungarian. Many like American, but disagree about which state produces the best. Then there’s how much to toast the wood – that affects the flavors and aromas  – and how big the barrels should be, since the bigger the barrel, generally the less oak taste. And, of course, there’s age: Newer barrels impart more oak flavor. And there’s more – much more. In Rioja, generally speaking, the more oak the wine gets, the higher quality it is and its classification reflects that. 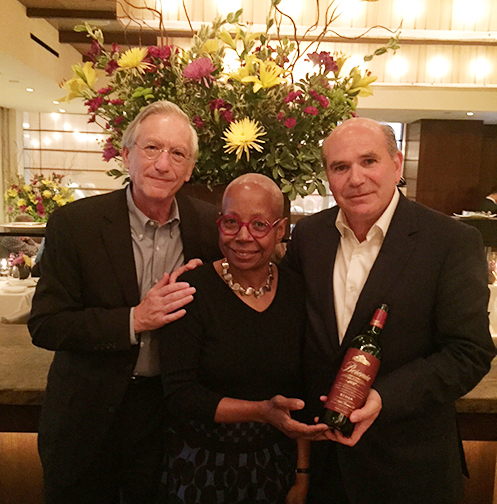 Calleja, 57, has been making wine at Bodegas Beronia since 1982 and became technical director in 1996. Beronia was founded in 1973 by a group of friends and bought by giant González Byass in 1982. It produces more than a half-million cases annually from sustainably grown grapes. When we met with Calleja, he was candid: Beronia simply had to change to address consumer preferences. Rioja – with its long aging in oak, spice and acidic notes and restrained, sometimes oxidized tastes – was losing out to muscular wines with more obvious fruit. As he put it, through a translator: “We do a lot of studying the consumers to see what they’re looking for, obviously without losing quality and without losing the identity that is Rioja and that is Beronia.

“The American consumer expects that wood sensation with Rioja. Beronia was one of the first bodegas to take that into consideration and to look for a way to use the oak and still maintain the fruit. The fruit should always be dominant, no matter how long it’s aged.”

Rioja traditionally used American oak, which, broadly speaking, is more associated with oaky aromas and sweeter notes like vanilla, cinnamon and caramel. So Calleja tried French barrels, which would contribute elegance and add more spice, like clove and black pepper. Then he tried blending wines after they spent some time separately in American and French oak. “I was never happy with it,” he said. “I didn’t feel it was balanced enough.” Calleja and Beronia’s technical team started doing this experimentation in 1983-84.

Then a light bulb went off. “I decided, ‘Why don’t we blend the oak?’” He imagined barrels with the staves (the long pieces of wood) made of American oak and the ends made of French. “People thought I was crazy,” he said. “I got a lot of pushback from coopers. They said we’ll make you French or we’ll make you American, but we’re not going to blend them. 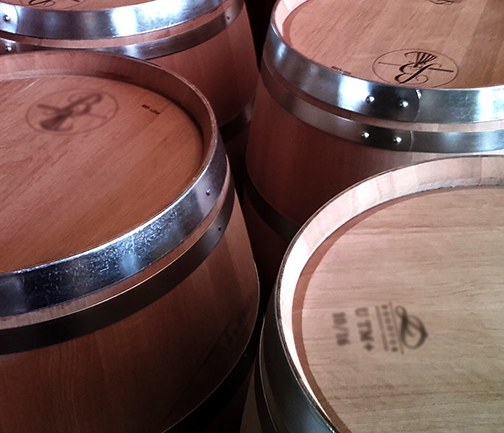 “I managed to convince them,” he added. “I’m a stubborn man.” And so he became one of the first winemakers in the region to use mixed barrels.

To demonstrate what this means, Calleja poured us three barrel samples – all from 2015 and the same vineyard and aged for 18 months. The only difference was that the first was aged in American oak, the second in French oak and the third in blended barrels.

The differences were clear. The first had a rich, almost chewy texture, with some vanilla; we would have guessed it was from California, which is not flattering to a wine from Rioja, though it was tasty. The second was more elegant, but seemed to have a hole in the middle. The third put it all together, though it tended more toward No. 1, closer to an “international” style. Indeed, when John pointed this out, Calleja said, “The American oak is more what consumers look for and it’s slightly more dominant.”

This also matters in dollars and cents in another way. Blended barrels, he said, were 15% more expensive than American oak barrels, but 20% cheaper than French. Beronia has about 30,000 American, French and mixed-oak barrels in its underground cellar. 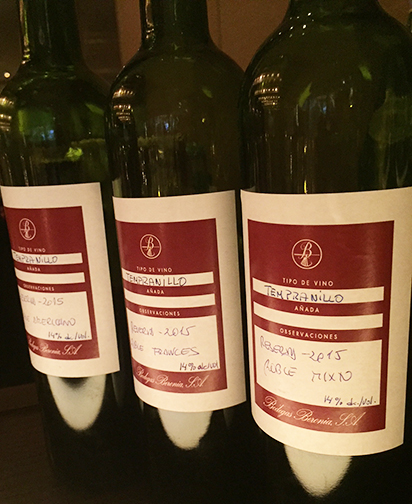 So Beronia uses blended barrels now for its Crianza (which has some oak and bottle aging) and Reserva (which has more). It still uses French oak for its Gran Reserva (even more) because French oak “respects the fruit a lot more,” Calleja said.

The amount of oak – and the amount of toasting – depends on the vintage, he said. The wines all go into new oak to start, but then they are moved into older oak at some point – about 12 to 14 months later -- “to let that fruit come through.”

He added: “Aging in oak is nothing more than natural stabilization of the wine. It’s not science. You never know. It’s something very natural. Wine needs time. It takes time – like everything in Spain, it takes time.” He said the winery plays calming Gregorian chants in the barrel room to emphasize the sense that everything needs to move at its own pace.

(About time and how wine connects: We met in 1973, the same year Beronia was founded. In a sweet gesture, Calleja later sent us a bottle of Beronia’s 1973 Gran Reserva, which he has opened in some past tastings with media to demonstrate Beronia’s evolution. Our 1973, minus the Gregorian chants, now awaits perhaps the next Open That Bottle Night.)

Days after meeting Calleja, we purchased the 2014 Crianza, 2013 Reserva and 2008 Gran Reserva to taste at home. The 2013 was earthy, filled with fruit. It had hints of blue flowers, white pepper and plums. It was nicely integrated, a complete wine, and a super deal at $19.99. The Crianza was smile-inducing, with cherry-like fruit and serious hints of old-fashioned Rioja earthiness; we paid just $14.99. Of the 2008 Gran Reserva ($29.99) we wrote: “Smells like Rioja, with plenty of fruit and earth. Very tasty, with good Tempranillo flavors, but it does taste a little like American oak -- though it’s French -- and is definitely missing some acidity. Can it go the distance? It’s more approachable and pairs well with the food -- but it’s definitely different from the old Rioja. As it gets air and warmth, it tightens up quite a bit and makes us reconsider if it can age well -- now we wish we’d decanted it!” 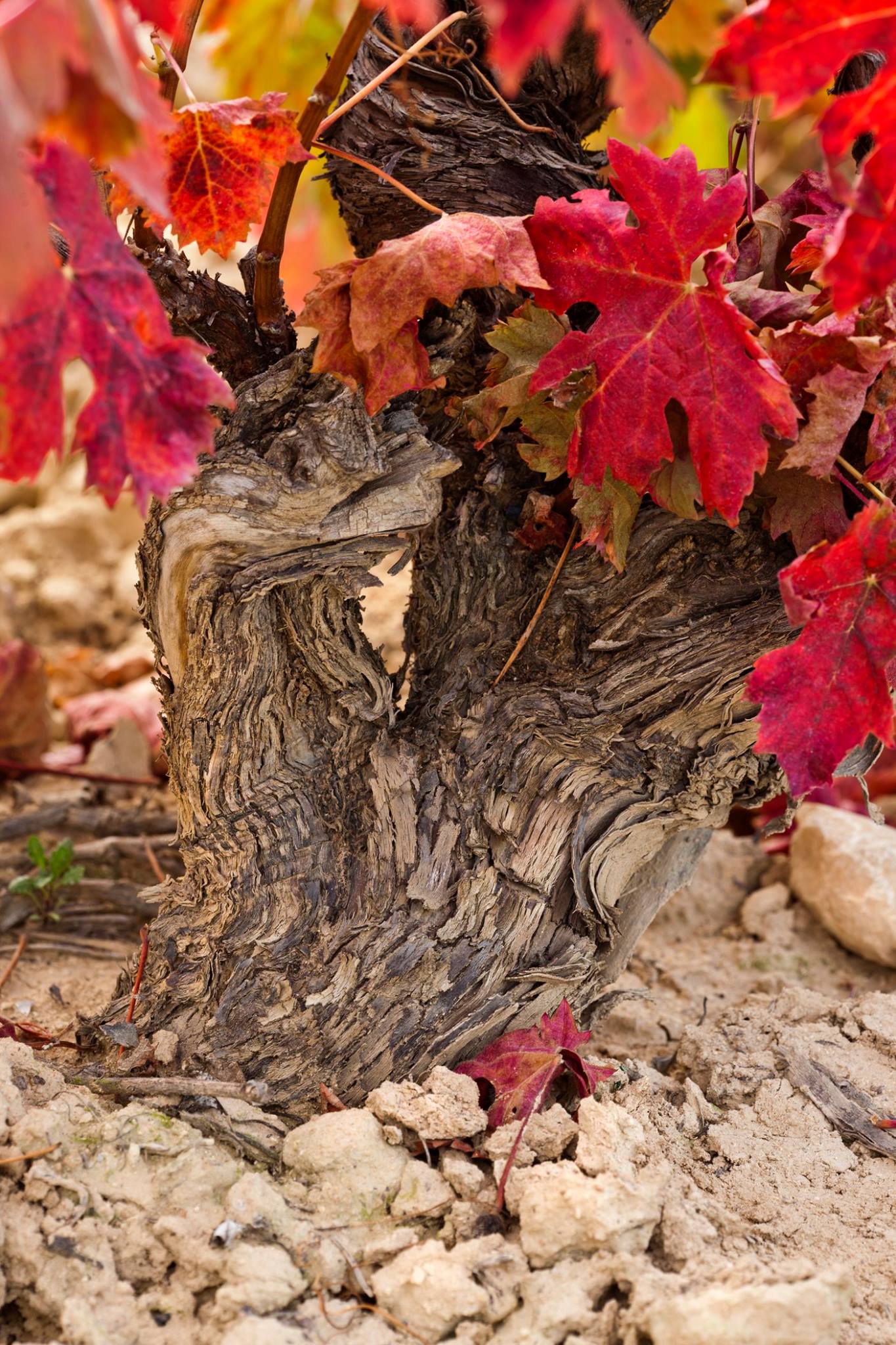 And here’s the kicker to our meeting with Calleja: After talking about barrels and tasting some newer wines, he opened a 1987 Gran Reserva – and we just couldn’t stop smiling. It tasted like we remember fine Rioja from an earlier time, with rose petals, warm earth, fetching texture, lots of wood and, yes, some oxidation. We told Calleja we kind of missed those tastes and sensations.

“It’s the way things were done back then,” he said. The wines then were slightly more acidic and had less alcohol, he said, maybe about 12.5 percent compared with 13.5 today. He added, “I feel the wines I make now are more complex, more balanced and more structured, but we’ll have to see if they stand the test of time.”

Find Beronia Rioja at your local shop on Winesearcher.com.