A True Pioneer of Israel's Terroir 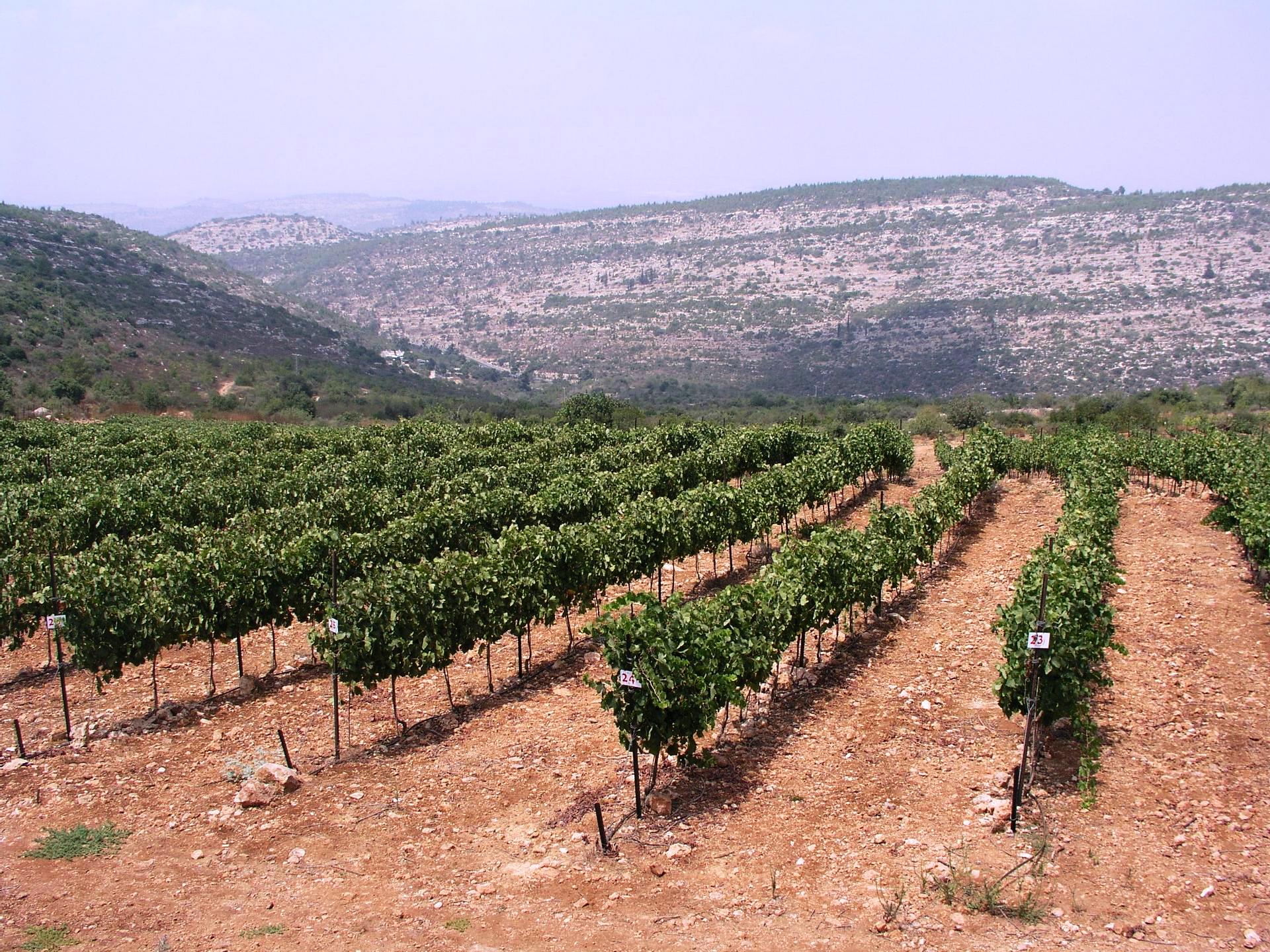 Any list of top Israeli wineries is going to include Tzora winery. However, in addition to its solid placement at the top of the qualitative Israeli winery food chain, Tzora also holds a significant place of honor among those qualified to be called the pioneers of Israel’s recent wine revolution, due to the early efforts of one man – Ronnie James (deceased) and the continued efforts of Tzora’s team, including their young and über-talented winemaker – Eran Pick.

Ronnie James was a near mythological figure within the Israeli wine industry who was considered the father of the terroir movement, focusing on terroir - the importance of the land, soil and micro-climate where the grapes are grown to the finished product, long before it became fashionable in Israel and spent years analyzing and determining the different effect varied plots of land had the different varietals. Originally from Egypt where his British-born parents settled, Ronnie’s family moved to Israel and he eventually settled in Kibbutz Tzora, located in the acclaimed grape-growing region of the Judean Hills. His initial job at the kibbutz was maintaining the kibbutz’s many vineyards, whose grapes were sold to other Israeli wineries, primarily Carmel Winery, Israel’s oldest and largest winery. After delighting in the wines produced from his grapes, Ronnie was determined to produce wine on his own and convinced the kibbutz to allow him to start a winery at a time when there were only a few wineries in Israel (including Carmel, Golan Heights Winery and two of the first boutique wineries which started up around the same time – Margalit and Castel), founding Tzora Winery on the Kibbutz grounds in 1993. Ronnie passed away in 2008 and the winery team today consists of Winemaker Eran Pick, CEO Uri Ran, Vineyard Manager Dor James (Ronnie’s son) and most recently Jean-Claude Berrout, the former winemaker of the mythical Château Pétrus, who has been a consultant for the winery for the last two years (more on that below).

With the exception of Dor who has been working with the winery for years, after abandoning a promising career in the life sciences industry for a full time position at the winery after his father fell ill, the entire team is relatively knew, with the knowledgeable and infectiously enthusiastically Eran being the one with the longest tenure. Educated at UC Davis in California, with stints in Napa Valley, Bordeaux and Australia; Eran was recruited by Ronnie (with the assistance of Recanati Winery’s winemaker - Gil Shatsberg). Eran abandoned a gig in Napa to come work for Ronnie after falling in love with Ronnie, the winery and the potential he recognized there. The duo had two harvests together before Eran took over full time after Ronnie’s passing. While his education is from the dominantly New-World UC Davis, Eran is really an updated Old World winemaker and it shows in his wines which are, in a word - exceptional. After a hi-tech career and a brief stint as an importer of Bordeaux wines, the über-professional Uri was recruited in 2008 to take over as CEO and he tends to be involved in the winemaking process as well. After 44 harvests at Pétrus, Jean-Claude remains a consultant to the varied Mouix family wineries (owners of Château Pétrus), and consults to wineries in California liked the famed Dominus Estate winery and also has a couple wineries of his own. After being “recruited” by Eran, he consults to Eran in connection with the harvesting, blending and other winemaking aspects. While the Tzora team was pretty unstoppable before Jean-Claude’s arrival, they are now a winemaking powerhouse, producing incredible wines, well-worthy of your attention.

Together with the management overhaul, recent changes include substantial capital improvements including the planting of many new vineyards in premier locations and relocating to a brand new facility in Shoresh, closer to where the majority of the vineyards are now located. Recent years have seen the winery move away from its famous “Givat HaChalukim” vineyard (from which the last vintage was in 2008) to focusing on its Neve Ilan and Shoresh vineyards, with the higher-quality and elevated Shoresh vineyards expected to provide the bulk of Tzora’s wines in the future. Similar to a number of other wineries, the recent plantings are focused more on the Rhone varietals, considered most suitable for Israel’s Mediterranean climate. These varietals include Syrah, Mourvedre,and Petite Verdot.

The winery’s wine making philosophy is clear – to extract the best wine possible from the grape grown in the most appropriate terroir (i.e. follow the land’s lead). The winery invests a substantial amount of time, effort and experimentation in determining the most appropriate plot (or sub-plot) of land for any particular grape and then goes about making the best wine they can from the resulting harvest. This triangular partnership between the land, the vine and the winemaker is so central to the winery’s existence; it is encapsulated on their recently redesigned labels which show Ronnie tending to a vine growing out of a patch of earth. In another indication of the winery’s philosophy, the wines are labeled by vineyard or origin (i.e. Shoresh, Judean Hills, etc.) as opposed to the more traditional Israeli and New World method of using the varietal (i.e. Cabernet Sauvignon, Syrah, etc.). Even the winery’s flagship “Misty Hills” is an allusion to the unique terroir from which it was derived which contains large shifts between hot and cold weather and a substantial amount of morning fog. While Eran, Uri and Dor passionately believe in this philosophy, recent vintages have shown that Eran has taken the wines to a whole new level of elegance and sophistication managing to combine New-World rich fruit (without having too much ripeness or oak) with the subdued elegance, terroir-driven mentality of France, whose wines have characteristic minerality, good acidity (from relatively early picking) and near-perfect balance.

Tzora is currently producing approximately 80,000 bottles annually, spread across four different labels with an expectation to reach 100,000 bottles within the next few years. Each series carries the name of the area from which it was produced. The winery’s flagship wine - Misty Hills - is a Bordeaux-like blend, produced only in better vintage years from the best grapes the winery’s Shoresh vineyard has to offer. The Shoresh and Neve Ilan wines are single vineyard wines, with Shoresh being the higher-end of the two. The Judean Hills wine rounds out the portfolio and is meant for early drinking. The Judean Hills wine is a blend of grapes selected from among the winery’s diverse vineyards (the winery only utilizes between 35-50% of its grapes every year on its approximately 85 acres, selecting the absolute best and selling the rest of its recognized high-quality grapes to other wineries). The winery also produces an exceptional dessert wine “Or”, made in the Icewine style.

Another welcome development for Tzora has been their retention of a new importer – Michael Skurnik Wines. Skurnik is a renowned and world-class importer, with an insanely carefully curated selection of smaller / estate wineries into which Tzora fits perfectly. While current availability is still limited and Tzora only exports approximately 12-15% of their production to the US, hopefully we will see more of their wines on our shores on a more consistent basis. 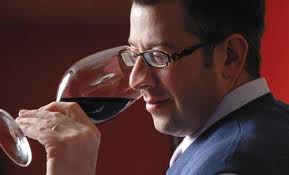 Yossie Horwitz has been tasting, drinking and learning about wine for over 20 years and has been writing a weekly newsletter – Yossie’s Wine Recommendations – on kosher wines, wineries and other wine-related topics for nearly seven years. You can follow Yossie on Twitter @yossieuncorked for d...