Franciscan Estate director of winemaking Janet Myers’ pride and joy is her Cuveé Sauvage Chardonnay, fermented with 100 percent wild yeast. On the heels of the Anything but Chardonnay backlash of the 1990s, Cuvée Sauvage (in French it means “wild blend”) has helped win back Chardonnay drinkers.

Wild yeast fermentation in Napa isn’t unheard of, but it’s uncommon for a winery of Franciscan’s size, whose annual case production is around 300,000. Other California wineries adopting wild-yeast fermentation are much smaller, like Mazzocco Winery in Dry Creek Valley (15,000 cases annually) and Acorn Winery in Russian River Valley (3,000 cases). In contrast, Franciscan made 5,145 cases of the 2012 Cuveé Sauvage Chardonnay alone.

“We’re not a little boutique winery,” says Franciscan winemaker Jay Turnipseed. “Wineries our size don’t really do what we do.”

Franciscan produced its first wild yeast Chardonnay 27 years ago. In a wild yeast fermentation, yeast is not added to the juice when it’s placed in French Oak barrels for vinification. Instead, yeast originating from the vineyards remains on the grapes, mixing with the vessel’s yeasts, each strain working in tandem like runners in a relay race, said Myers.

At Franciscan, quality standards are high. The Dijon clones of Chardonnay used for Cuvée Sauvage are grown in a 17-acre Carneros vineyard marked by three soil types. Each vineyard block has a dedicated fermentation vessel only used 30 days out of the year. For each vintage, less than 10 percent of the wine makes the cut for the final blend. In a blind taste test, the juice with wild-yeast fermentation always wins, Myers said.

But it’s not without a price. Making the Cuvée Sauvage requires three times as much labor due to the extra fermenting time. Plus, Franciscan’s main line Chardonnay ($18, a little less than half the price of the Cuvée Sauvage) ages for only seven months, while Cuvée Sauvage ages for 14 months.

Swirling a glass of the 2011 Cuvée Sauvage in Napa Valley recently, Myers said, “We don’t want butter. We want cream curd, and the minerality from the vineyard. There are extra layers of complexity because there’s more than one strain in the fermentation.”

Myers earned a master’s in enology from UC Davis and worked a harvest at Marchesi Antinori’s Santa Cristina estate in Chianti, Italy. But her original training earned her a doctorate in biological anthropology. Her scientific bent comes in handy with wild yeast fermentations: “You do need a microbiologist to keep an eye that what you’re growing is what you want,” she said, “not what you don’t want.

Plush with delightfully round mouth-feel, this Chardonnay features juicy pineapple notes and lemon-curd accents, and a mineral-rich palate and a long finish. $40 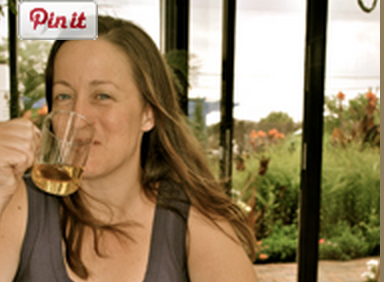