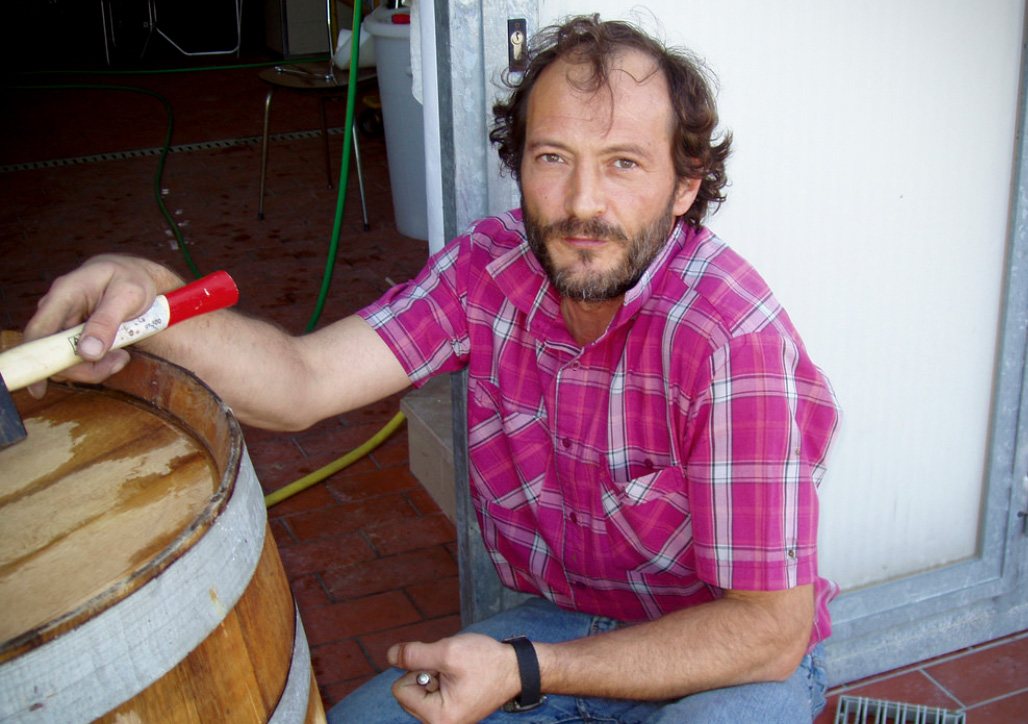 Fattoria Coroncino is recognized as one of Italy's finest producers of Verdicchio. Lucio Canestrari founded Fattoria Coroncino in 1981 and is one of the pioneering generation of Verdicchio producers in Castelli di Jesi. Altitudes vary from 250 to 400 meters and all wines are Classico Superiore, from the heart of the traditional zone, and from the lowest yields. They farm organically, grassing the vineyards since 1983, integrating insects and vine health since 1992, and have used no fertilizers since 1995.

Grape Collective talks with Canestrari about his beliefs and the unique terroir of Castelli di Jesi. 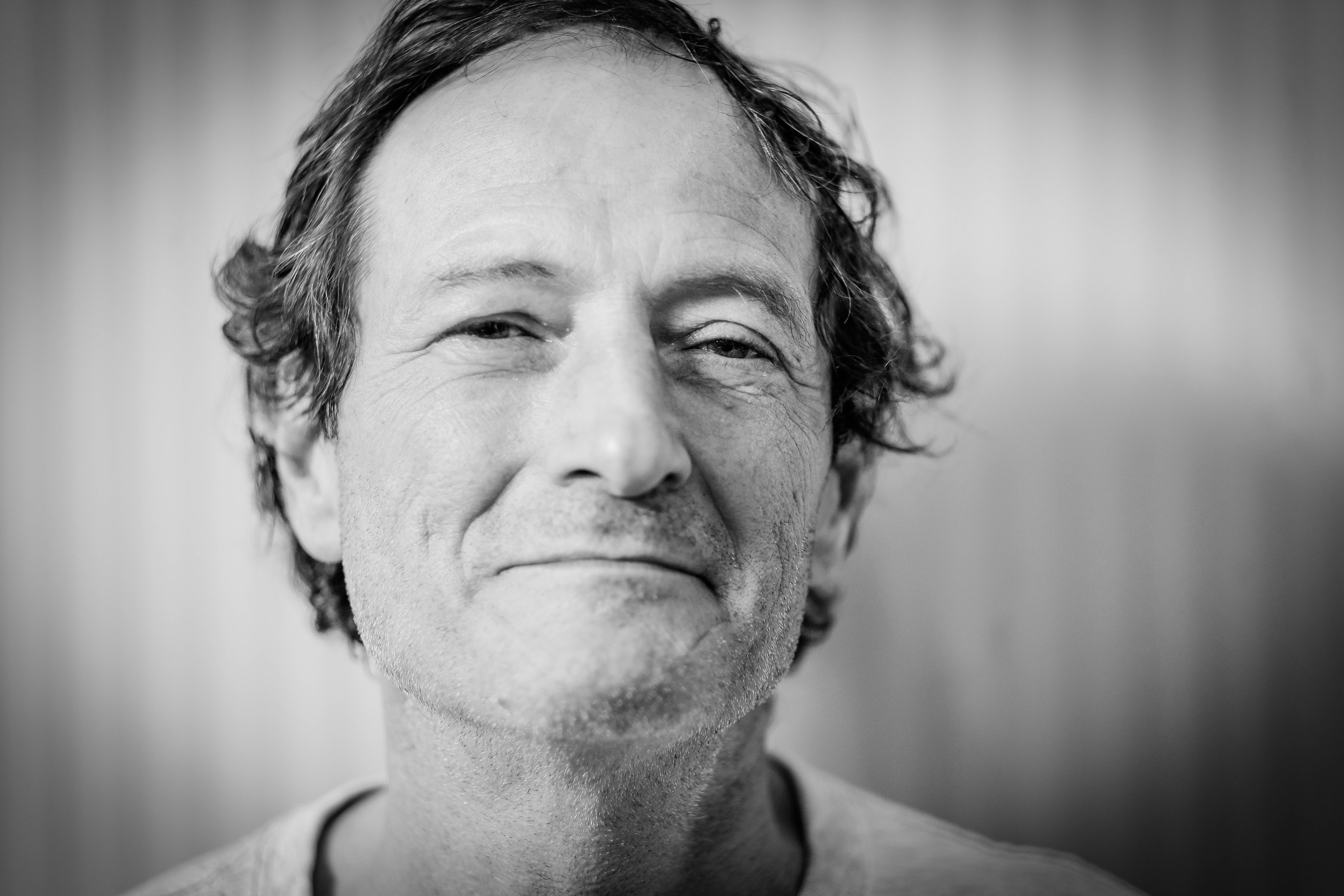 Christopher Barnes: Lucio tell us about the history of Coroncino.

Lucio Canestrari: In the beginning, it was difficult. When we had our son, I wanted to come back to Rome to work, but my wife said no, because Rome is thick with all the cars, and so we started to produce wine. Because, when making the wine, you can ask the price for what you have done. Making the grain no. They said, “What is the price?” It is impossible to show the difference. With the wine it is possible, the wine.

We started in the beginning with a few bottles, for three years, and then in 1989 with the harvest of '88, we started to produce more, and there were the customers that came here because, another thing, we never had the telephone number on the guide. I have only Lucio Canestrari, not Fattoria Coroncino.

I start with a story. In the beginning I was consulting with the doctors, agronomists. I was following their indications, but luckily, I knew that this was wrong and so we started to work in our way. I didn't want to use poisons, which makes it impossible to go in the vineyard and dangerous to eat the grape. I have to eat the grape, so I don't want to put the poison in the vineyards. Without the science, there was only the consciousness, and so we stopped using fertilizers, poisons, insecticides, and one by one we took out everything, leaving only copper and sulfur and some herbs boiling with the water properly and other things, like this.

I said that it's important to have the sign and the voice of the field, because the roots take from the field what you can find in the bunch. If you feed the roots and vines, you change every time the contents of the juice of the grape. So, we have a match between the field, the name and the wine. It's important you don't use fertilizer. You have the voice of the vine of that place. I make the example with the people; if you are American but you are born in Rome, and you live in Rome, going to the school, the normal school of Rome, when you become 20, you are Roman, of course. The dialect is strong, but if you, in Rome, go to the USA Institute in Rome, when you become 20 you speak Italian well, English well, not Roman. On the passport it says “Roman.” It is a fake. 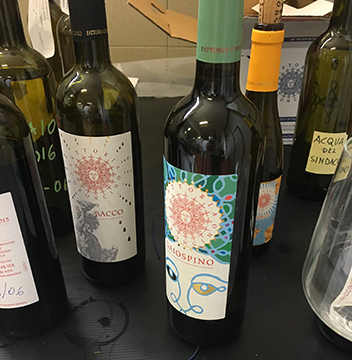 The terroir is different in a wine. Because each part of the hill is different from the other. But we have the two groups; one group with more clay, and one group that is more calcareous. Then you must feel the expressivity of that wine in that place, because there isn't the best wine - there is only the wine you prefer, always. This in English may be difficult but I will try; I think the wine is of two types: good or not. To be a good wine, the wine needs to have possibility; it must be drinkable, and must be healthy. You must digest the wine without a problem. If you like to drink that wine, that wine is good. If you can drink it and you say, “Well, that wine is good.”

It isn't important if you have the flavor of this or the flavor of that, the most important thing in a wine is the mouth. The mouth speaks to you about the field. When the monks in the 1000s in France started to choose the vineyards, this is a cru, premier cru and so on. You can taste the wine, and when you taste with mouth you are looking for the saliva on the tongue, on the palate, because with that, you can feel the minerality.

Verdicchio is nice because you can do a lot of things with it. It is a white grape, but it is strong. It is a grape of late maturation. In the beginning I remember we started the harvest in October, and it was possible to finish in November, normally. But now, year by year, early, early, early, and now, last year we started to do the harvest in August, at the end of August. In September, it's already started. The weather is different because the sun is hotter than the end of the last century, so It's possible to start before. 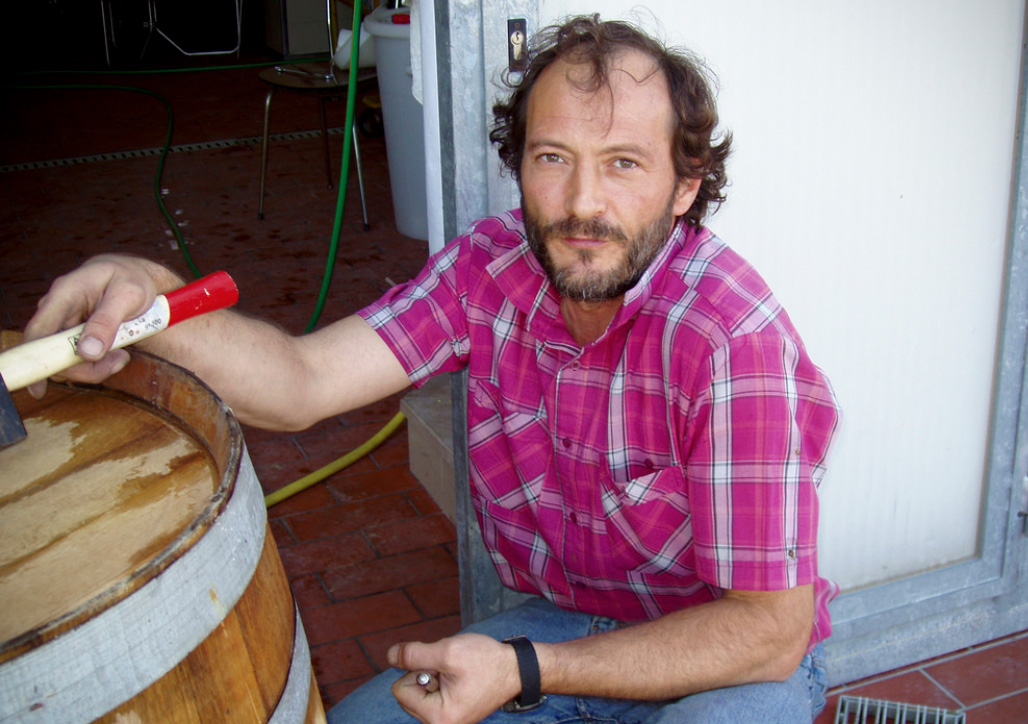 So Verdicchio, when you age it for five, 10 years, how does it change? How does the wine evolve?

The first important time is around the three or four year mark. In that period, the wine becomes creamy. It's more round, and that is the big battle situation. Then it depends on the kind of Verdicchio, to have different results. For me it's difficult to explain what Verdicchio is, and like the 1998 we tasted last year, it's wonderful but it's difficult to explain what is. You feel a wine, it's fresh but complete, and is strong but not sweet, not caramel, but with a strength of an aged wine.

Let's talk a little bit about your philosophy of winemaking.

We don't say to the vineyard and the vines what they have to do, but we believe that the vines can do what they want and can. In the end we go in the vineyard after we worked the most important part using the hands; we take the grape we find. In the cellar we have the tanks with the wine but not all the tanks go to do that wine, but we taste and we say, “Yes, this together can go, this no,” and so in the end, we find the wine we put in the bottle. But to find, in Italian, is "trovare." And so, we are "trovatore," or finders. "Essere un travatore di vino."

You're one of the historical estates in Castelli di Jesi, how was the region evolved?

In the beginning when I started to make wine, the situation wasn't good, because the most important part of the production was a big quantity, a lot of fertilizers, a lot of grapes that were not mature, not good, and so there was a lot of wine that couldn't be aged. To be a wine that can be aged you need to have good grapes and good wine. In that period the most important part wasn't that, because they produced too much. The rules to produce were very large; it was possible to produce a lot, a lot with no problem. The wine was the wine you have in that situation, of course. 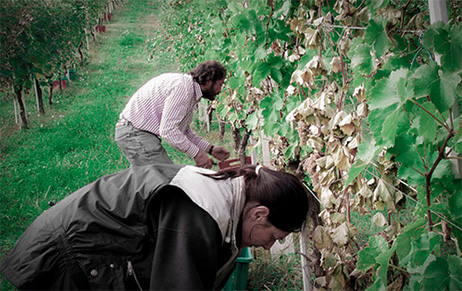 Now it is a different world, because there are a lot of new producers. They produce well, they think of the vine, think of the wine, and so it's possible to find more good Verdicchio than in the past. The past was easy to be clever if you were working well.

So Lucio talk a little bit about your viticultural practices.

Then we make the harvest only with little boxes, taking the bunches one by one, controlling if it's same or not, and in that case if it isn't we clean, and then we crush in the air without any special effect of like fermentation without the air, special yeasts, special things that it's possible to use in the cellar, a lot of things we don't have. There is a lot of things we don't do.

We have a low control of temperature because I see it doesn't go over 20/22, only this. Then we use a lot of time, because during the time you have the biological, natural stabilization of the wine like it was written in the books in not the last century, but in the beginning of that century and the century before, it was written. And later it was thought, that time is a bad ingredient for the things, and so there are simple way to be very quick and fast, but we don't use.