Priorato and the Nine Villages 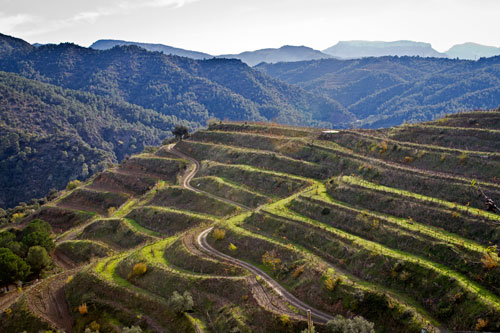 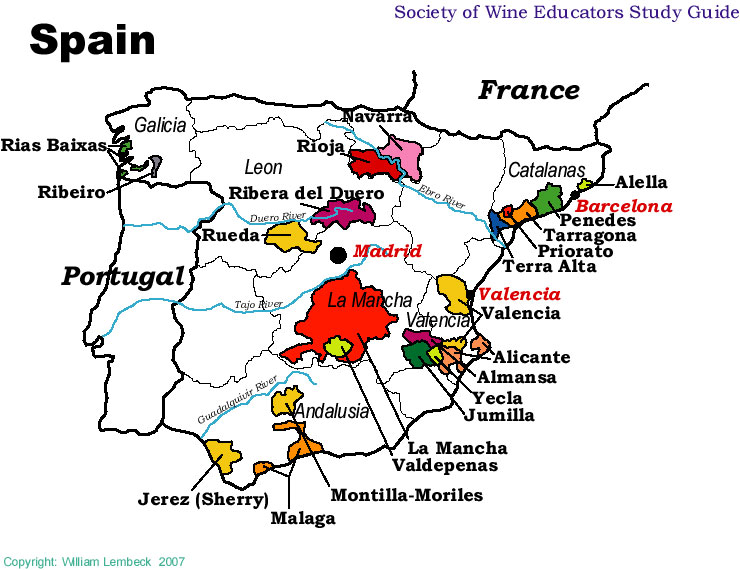 While Priorato’s wine history may date back to the Carthusian monks living in the Scala Dei monastery in the 12th century, technically speaking, one of the country’s most prestigious wine regions is only 14 years old. In 2000, Priorato was elevated from a regulated wine making region, DOC, to a DOCa region, the second only in the country following Rioja. Since then, wines from the region have continued to garner worldwide attention, and for good reason. It has taken the people of Priorato great effort to turn what was a quasi-abandoned land in the 1930’s to the Priorato region consumers know today.  Towards the end of the 19th century Phylloxera devastated the vines in Priorato. And followed by the Spanish civil war in the 1930’s, what had been a productive wine making region became barren after people fled to more prosperous parts of the country. In 1979, however, after the civil war and Franco were long gone, French-educated winemaker Rene Barbier, decided to invest in the region. At the time he convinced a couple of his colleagues to invest along with him, amongst them was Alvaro Palacios. From 1989-1991 the winemakers of Priorato combined their grapes to produce a single wine sold in the market using 5 different labels. It wasn’t until 1992 that they each produced their own labels. Today the region has more than 90 producers and has grown from 1,500 acres in 1979 to about 4,500 acres of planted vine. In 2009 the region further subdivided Priorato into 9 different villages, each indicating the region of origin of the wines. These villages can often be found on the label.

Winemakers such as Barbier and Palacios had strong faith in Priorato because they saw a land capable of producing traditional grape varieties in a unique way. Priorato is nested amongst the Montsant Mountains and has a harsher climate than most continental climates; temperatures range from 90-110 F in the summer and 20-32 F in the winter.  Furthermore, the region is subject to strong and freezing winds during the rainy season. To accommodate for the aggressive climate, the vines in Priorato are planted in porous soils housed in flat terrace-like steps along sides of the mountains. The soil, called llicorella, is comprised of black slate and small pieces of mica. The porous soil drains well and forces the vines to grow deep roots to attain minerals and nutrition. In turn, the deep roots allow the plants to keep anchored when strong winds from storms blow through. In spite of the hardships caused by the climate, Barbier and Palacios were correct about the potential of Priorato as this region continues to produce award-winning vintages and some of the wines from these two winemakers have become cult favorites.

Today, traditional wines from Priorato are composed with either a single grape bottling of Grenache or Carignan, and/or a blend of these two grapes. Most recently, however, producers have been switching out Carignan for international grape varieties. The varietal production breakdown is as follows: Grenache (37.8%), Carignan (25%), Cabernet Sauvignon (14%), Syrah (10.8%) and Merlot (5.9%), with the international varieties taking over more planted acres each year. Even though wines from Priorato are becoming popular amongst Spain lovers, production in the region is still low. The maximum production of grapes per hectare allowed in Priorato is 6,000 kg, but most regions are producing much less than that, sometimes even less than 3,000 kg of grapes per hectare. The low production of this region makes finding and having these wines extra special. Some can command great prices, but there are many moderately priced wines available for the Priorato beginner.

What to Look For on the Label:

DOQ (the equivalent of DOCa in Catalan)

Alvaro Palacios- Premier winemaker in the region, pioneer in the 1970’s.

Llicorella- local soil made up of slate and mica.