Because while what you don't know might not hurt you, knowing is all the more fun. Here are ten surprising facts from the world of wine, making you quite the conversation starter next tasting time around. 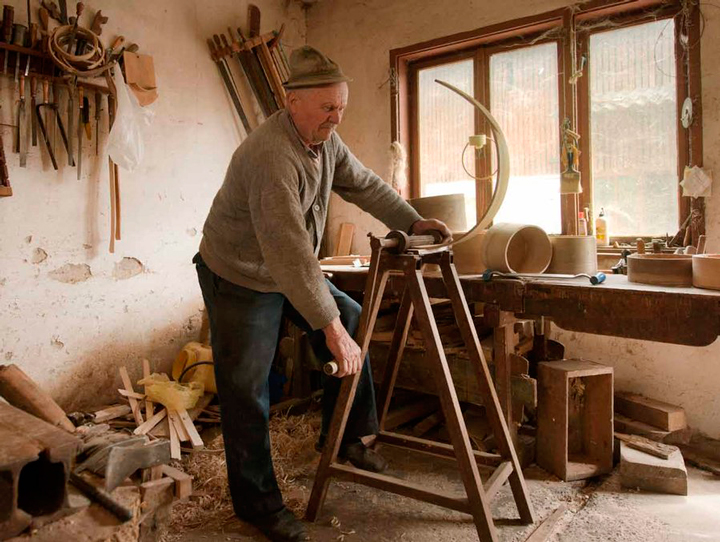 9. Our Founding Fathers toasted the signing of the Declaration of Independence with Madeira.

Madeira was a big favorite of George Washington when Washington officially became the capital of America. Madeira comes from the small, volcanic Island of the same name. A providence of Portugal with subtropical climate. Madeira is a fortified wine, similar to port, brandy is added to cease fermentation, neutralize the yeasts and retain natural sugar. This is where things get interesting. The wine is then heated in containers (large vats or cement tanks), a process called estufagem, to a temperature of 105 degrees Fahrenheit for six to three months. For fine Madeira, the heating happens naturally, casks are stored in attics for many years at the mercy of the hot, Madeira sun.

8. It takes a cluster of grapes to make a glass of wine.

7. The vast majority of winemaking regions lie between latitudes 30 and 50, both north and south.

Go far north and it’s too cold for grapes to successfully ripen, too far south and closer to the equator, grapes ripen too quickly and lack acidity to balance the natural sugars. There are exception and borderline regions like parts of Germany and Alsace produce quality wine. Brazil is making wine in a tropical climate - most vineyards are south, around the 29th parallel, and on higher elevations. Generally, grape vines need approximately 1300 to 1500 hours of sunshine during the growing season and around 690 millimeters of rainfall throughout the year in order to produce grapes suitable for winemaking.

The 18th Amendment’s constitutional ban on the manufacture, sale and transport of all beverages containing alcohol officially took practice on January 16, 1920. The US wine industry, founded by German, Swiss, and Italian immigrants was quite promising and had performed well on international stage decades before and leading up to Prohibition. At the time of Prohibition, the flourishing state of California had about 700 wineries, only around 140 remained once the ban, endorsed by the Volstead Act, was lifted. Those that remained had barely survived by making sacramental and kosher wine for priests, ministers, and rabbis. It wasn’t until the 1960s that once again the number of wineries bounced back and surpassed 700. 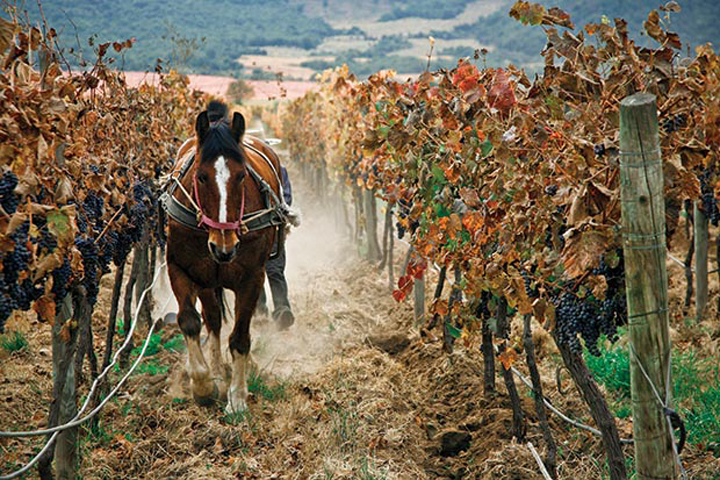 5. Biodynamic farming really is out there!

For a vineyard to be considered biodynamic wine-growers must exercise the nine biodynamic preparations, as described in 1924 by Rudoll Steiner.

Left: A different way of tending to the fields. (Emiliana Organic Vineyards)

Some of the highlights below:

Preparation 500 - Cow manure is buried in cow horns in the soil over winter. The horn is then dug up, its contents (called horn manure or "500") are then stirred in water and sprayed on the soil in the afternoon. The horn may be re-used as a sheath.

Preparation 502 - Yarrow flowers are buried sheathed in a stag's bladder. This is hung in the summer sun, buried over winter, then dug up the following spring. The bladder's contents are removed and inserted in the compost (the used bladder is discarded).

Preparation 503 - Chamomille, the German chamomile (matricaria Chamomilla) flowers are sheathed in a cow intestine. This is hung in the summer sun, buried over winter, then dug up the following spring. The intestine's contents are removed and inserted in the compost (the used intestine is discarded).

Preparation 505 - Oak bark is buried sheathed in the skull of a farm animal. The skull is buried in a watery environment over winter, then dug up. The skull's contents are removed and inserted in the compost (the used skull is discarded).

4. China is in the top five countries in both wine consumption and production.

China is the largest importer of Bordeaux. Wine interest in China has been growing at such a rate that many predict it will become the largest consumer of wine in the world by 2016. 90% of the wine consumed is red, white and sparkling wine becoming increasingly more popular. China’s wine production is also on the rise, and as Time reports, it currently has more vineyard hectares than the US. The largest producing region is Yantai, which produces 40% of the nation’s wine. Classic Bordeaux varieties are produced: Cabernet Sauvignon, Cabernet Franc and Merlot.

Yes, all 50 states produce wine. Wine is even made in Hawaii; the island of Maui is where the bulk of the state’s wine is produced - higher elevation and volcanic soil make it possible. California has the highest number of wineries with 3,674, followed by Washington with a respectable number at 689. California produces 89% of the wine in the US, followed by Washington with 4%, New York is in third with 3%.

2. Wine is very sensitive to light, vibration, temperature, and humidity.

Light and vibration can accelerate the aging in wine. Humidity is important to keep the cork enclosure from drying out and eventually allowing oxygen to seep in. Wine exposed to very high temperatures for a very long period of time can spoil. The ideal temperature for storing wine is 55-59 degrees Fahrenheit, in a dark place, and humidity around 65%-75. No vibration, good vibrations from the Beach Boys is fine!

1. The color of wine can tell you a whole story!

The concentration of color (at the center) in white wine can be an indication of age and/or barrel use, in red wine can be an indication of grape variety and/or color extraction. Color and hue hints to a wine’s age, storage conditions or grape variety. White wines grow darker with age, red wine grow lighter with age. Secondary colors are the hints and hues of color found on the rim, or edge of the wine. In white wine a green hue can indicate youth or cool climate origin. In red wine the wider the rim, the older the wine. A little hint of blue at the rim can indicate high acid, or warm climate origin. The older the wine, the more rim variation.