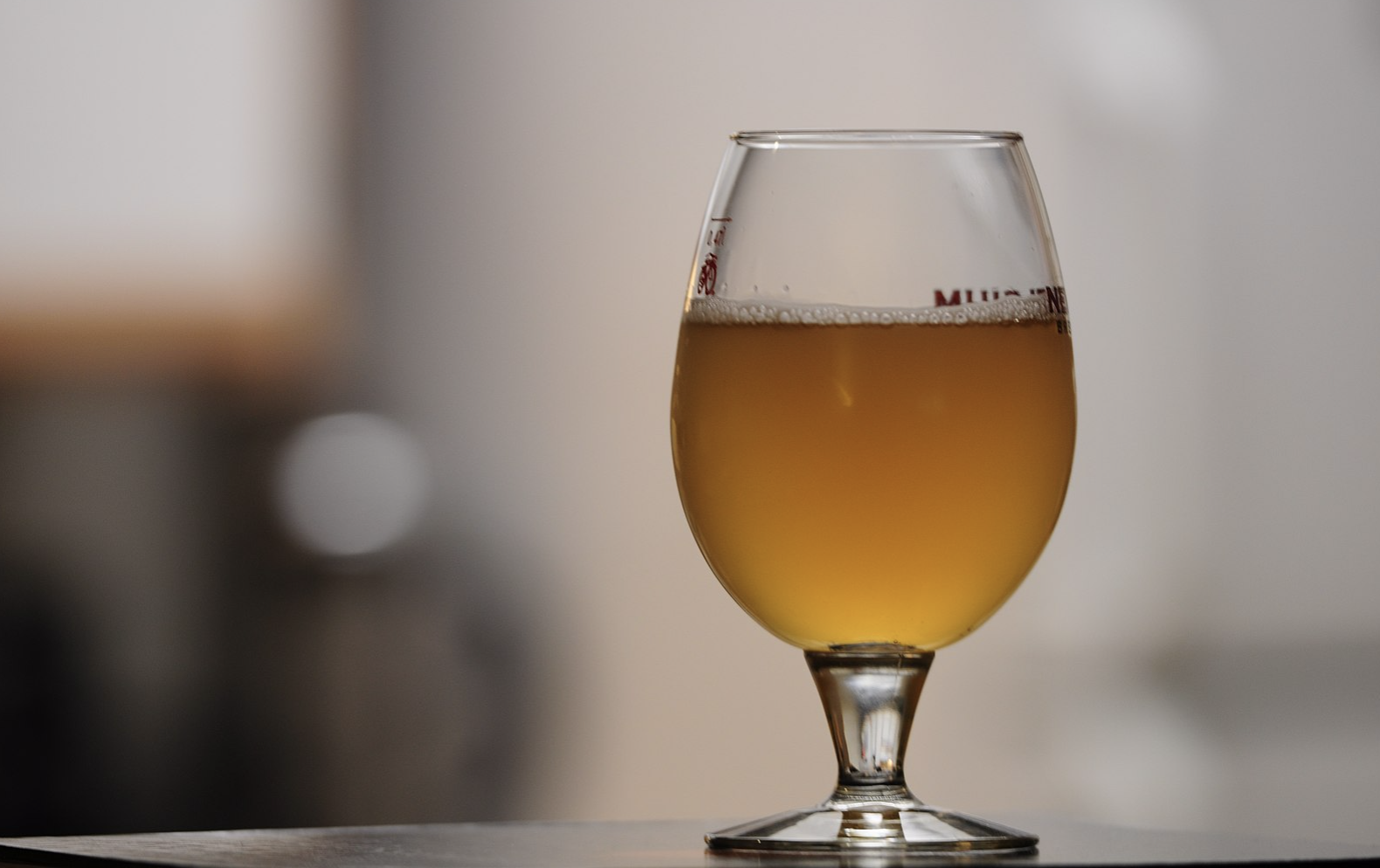 America’s diversity of beer is no accident. Different breweries and brewmasters worked to develop certain styles at certain times. Their work has left behind a kaleidoscope of styles and interpretations that most consumers probably take for granted but that would’ve been unheard of 30 years ago.

These are the 10 beers that pioneered the popularity of those styles. Revel in them.

Porter was once one of the most popular beer styles in America—George Washington was a fan—but it gradually fell out of favor by the 20th century and had all but disappeared when the Anchor Brewing Co. in San Francisco released its Anchor Porter in 1973. It was appropriate that the dark, rich style’s modern renaissance began at Anchor: Fritz Maytag’s rescue of the brewery in the mid-1960s touched off the craft beer movement in general. And Maytag was a very hands-on owner, serving as brewmaster for decades until he sold the brewery in 2010 (Japan’s Sapporo now owns it). 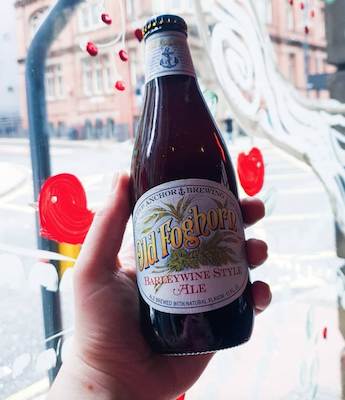 Yes, Anchor again. When you’re the first craft brewery in the world’s largest beer market, you tend to have a stable of disruptors. Anchor’s Old Foghorn was one of them. Released in 1975, the bracingly thick, meal-in-a-glass beer with an unusually high alcohol content—hence the “wine” in the name—resurrected the English style in America and paved the way for other breweries to spin their own interpretations on heavier, stronger styles such as barleywine. (For instance, if you’re cracking a syrupy sweet Christmas ale or holiday-themed beer this winter, thank Anchor there too: Maytag’s operation resurrected that annual sort of release in the U.S. around the same time as Old Foghorn.)

If there’s one characteristic the rest of the world associates with American craft beer right now, it’s juicy bitterness brought on by brewers’ strategic and copious use of hops. The beer that set the pace for this citrusy taste—that forced critics and chroniclers to add “American” ahead of the classic English style “pale ale”—was Sierra Nevada Pale Ale. Brewery founders Ken Grossman and Paul Camusi introduced it in 1980. Grossman and his family are still the brewery’s driving force—and the pale ale is still its signature.

Vienna lager had been one of the world’s more popular beer styles in the late 1800s. Like with so many styles, though, demand for the malty, amber lager born in the Austrian capital’s region waned as crisper, lighter pilsner stormed the planet (think Budweiser, Miller, Heineken, Pabst, etc.). Samuel Adams Boston Lager—devised by the company’s principal founder and current chairman, Jim Koch, and consultant Joseph Owades and introduced in 1984—brought Vienna lager back in a big, big way. The beer remains the bestselling craft brand in the world. 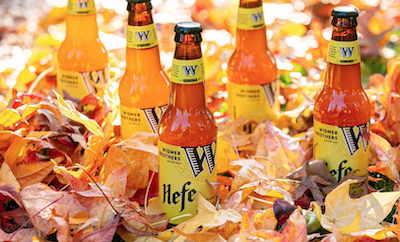 There had been beers made primarily from wheat, rather than the more traditional barley, floating around the U.S. before brothers Kurt and Rob Widmer introduced their Hefe in 1986. The name was short for hefeweizen—in German, literally “wheat yeast”—a lemony sweet style denoted in particular by its natural cloudiness. That cloudiness made Widmer Hefe a bit of a sensation in its native Portland, Ore. Every keg tap seemed to draw gawkers. Now wheat beers (a.k.a. witbiers) are easy to find and still a foggy delight to pour.

India pale ale’s zigzag path to becoming the most popular craft beer style and probably the fastest-growing segment of the American beer market, period, arrived at a pivotal moment in 1993. It was that year that the Lagunitas Brewing Company in the San Francisco Bay Area became the first new U.S. brewery to lead with an IPA as its flagship offering. It also mattered because Lagunitas—started by paper salesman Tony Magee, who sold the company to Heineken five yeas ago—cranked things to 11 as far as bitterness and showed the beer world the potential for the style.

This is the one beer among these 10 that you can’t find anymore—but it was a big deal in its day. In the spring of 1994, Vinnie Cilurzo was preparing to brew the first beer for a Southern California brewpub he co-owned called the Blind Pig. Cilurzo worried that the antiquated equipment he was working with would lead to a bad batch of debut beer, so he sought to cover any off-flavors with lots and lots of bitter hops. Thus was born the double India pale ale style, an umbrella that now covers the likes of imperial, New England and hazy IPAs. The closest most consumers might come to Blind Pig Inaugural Ale might be the famed Pliny the Elder double IPA. It’s made by Northern California’s Russian River Brewing Company, which Cilurzo helped open after Blind Pig. 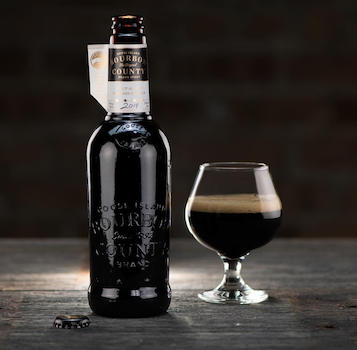 Barrel-aged beers are not necessarily styles but more of an approach. The technique adds subtleties that brewers otherwise wouldn’t be able to draw out from their concoctions. It doesn’t hurt that barrel-aged beers are quite popular to boot. Perhaps the most influential barrel-aged release has been the Bourbon County Stout from Chicago’s Goose Island, which ex-corrugated box manufacturing executive John Hall started and whose son, Greg Hall, acted as brewmaster. Now an annual event, the original release of Goose Island Bourbon County Stout was in 1995, according to Chicago Tribune critic Josh Noel (the brewery, now owned by Anheuser-Busch InBev, says it’s 1992). It was and is exactly what it sounds like: a rich, darkish stout aged in barrels once used to age bourbon. Each year’s release tends to vary, but look for a sort of sourmash undercurrent.

By the mid-1990s everyone in craft brewing was chasing the holy grail of IPA or doing funky experiments with heavier ales such as stout: the bigger, the bolder, the better. Ron Barchet and Bill Covaleski chased that IPA marketshare too with an initial release from the childhood friends’ Victory Brewing Co. out of Downingtown, Penn., in 1996. But one of Victory’s followup releases that same year—and one available in bottles and not just on draft like the IPA—was a lighter-colored, crisper, less alcoholic spin on the classic pilsner style born in 1842 in the present-day Czech Republic. Victory Prima Pils would become one of the harbingers of the current mini-boom in craft pilsners. Whatever the reason—maybe palate fatigue from too many hyper-bitter IPAs—the thinner lager is enjoying a stylistic renaissance now.

The New Belgium Brewing Co., started in Fort Collins, Colo., by then-husband and wife Jeff Lebesch and Kim Jordan, was already a pioneer of Belgian-like beers in the U.S. when it hatched a sour lineup in 1997 behind the expertise of Peter Bouckaert and Eric and Lauren Salazar (another then-espoused couple). The brewers’ first offering was La Folie, a sour brown ale done in the Flemish way, with hints of cherry and green apple underneath. New Belgium aged the sour in oak barrels and fermented it with wild yeast. Difficult to imitate and painstaking for the brewery itself to replicate, La Folie expanded the parameters of what was possible in commercially available American beer.

Tom Acitelli is the author most recently of PILSNER: How the Beer of Kings Changed the World. Follow him @tomacitelli. 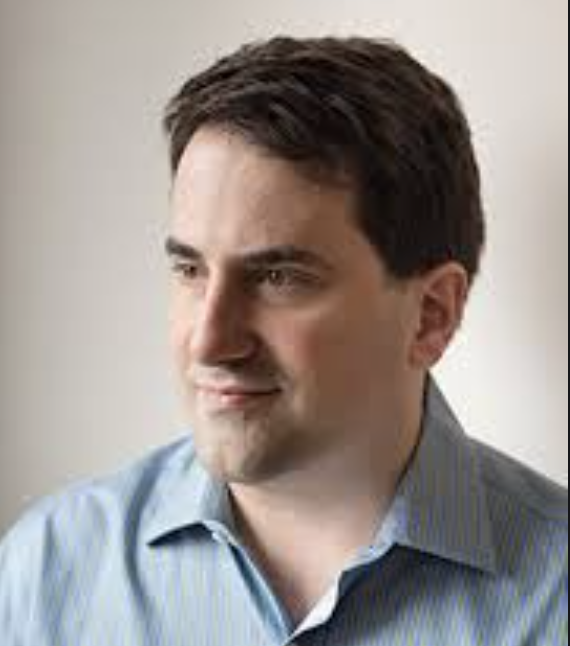