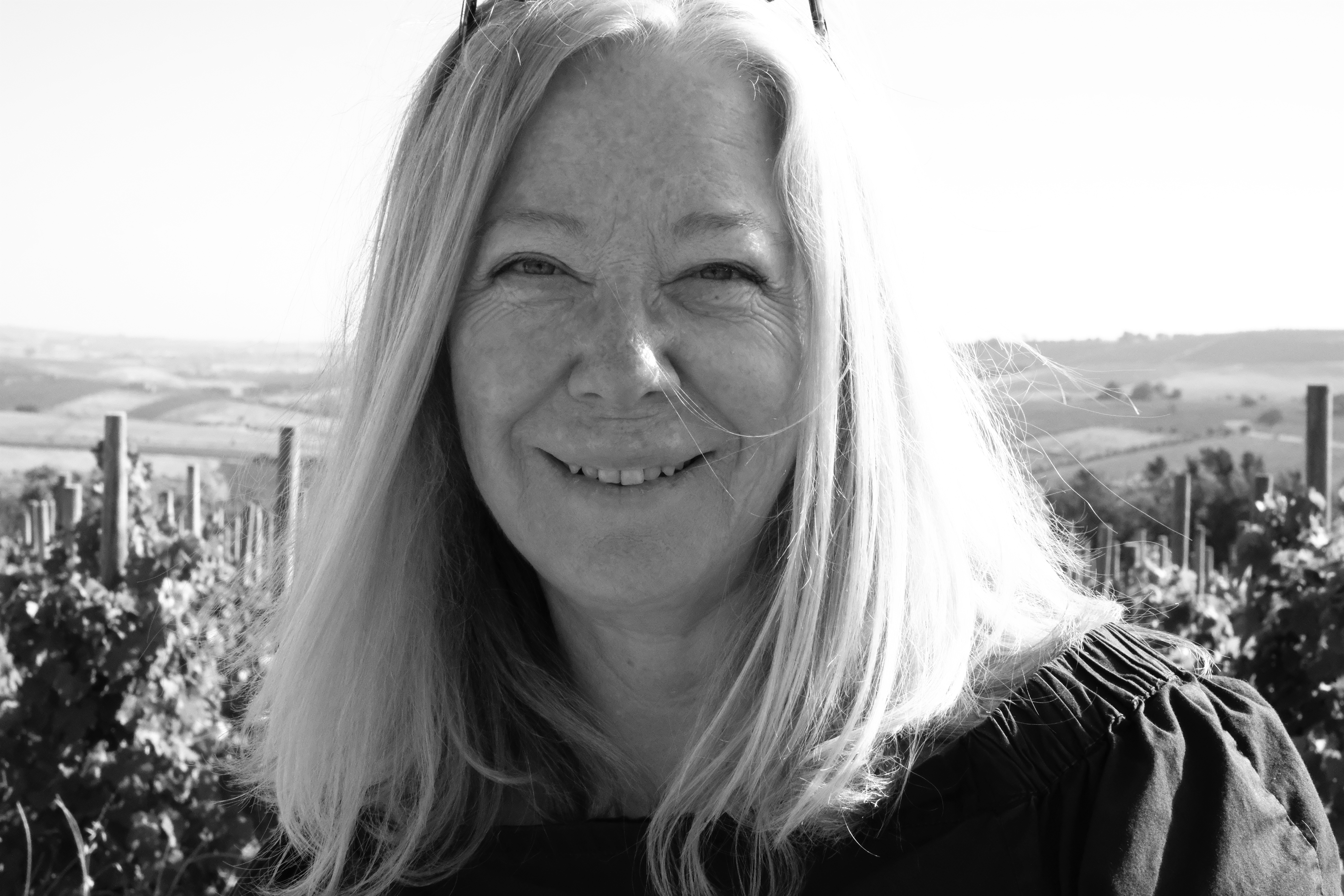 Located in South Africa's picturesque Devon Valley is Botanica Wines, founded by self-taught American winemaker Ginny Povall. After falling in love with the beauty and the people of Stellenbosch while vacationing in the region, Povall made the decision to leave the hustle and bustle of NYC and relocate. In 2008 she acquired Protea Heights Farm, the area's first farm to cultivate the indigenous protea flowers for export. Ginny continues to maintain the farm's long-standing tradition of commercial protea cultivation, but in 2009 and 2010 planted five hectares of organically farmed vines which are now producing wine.

Grape Collective talks with Ginny about her journey into organic viticulture in South Africa.

Christopher Barnes: Ginny, tell us a little bit about where we are in Stellenbosch. 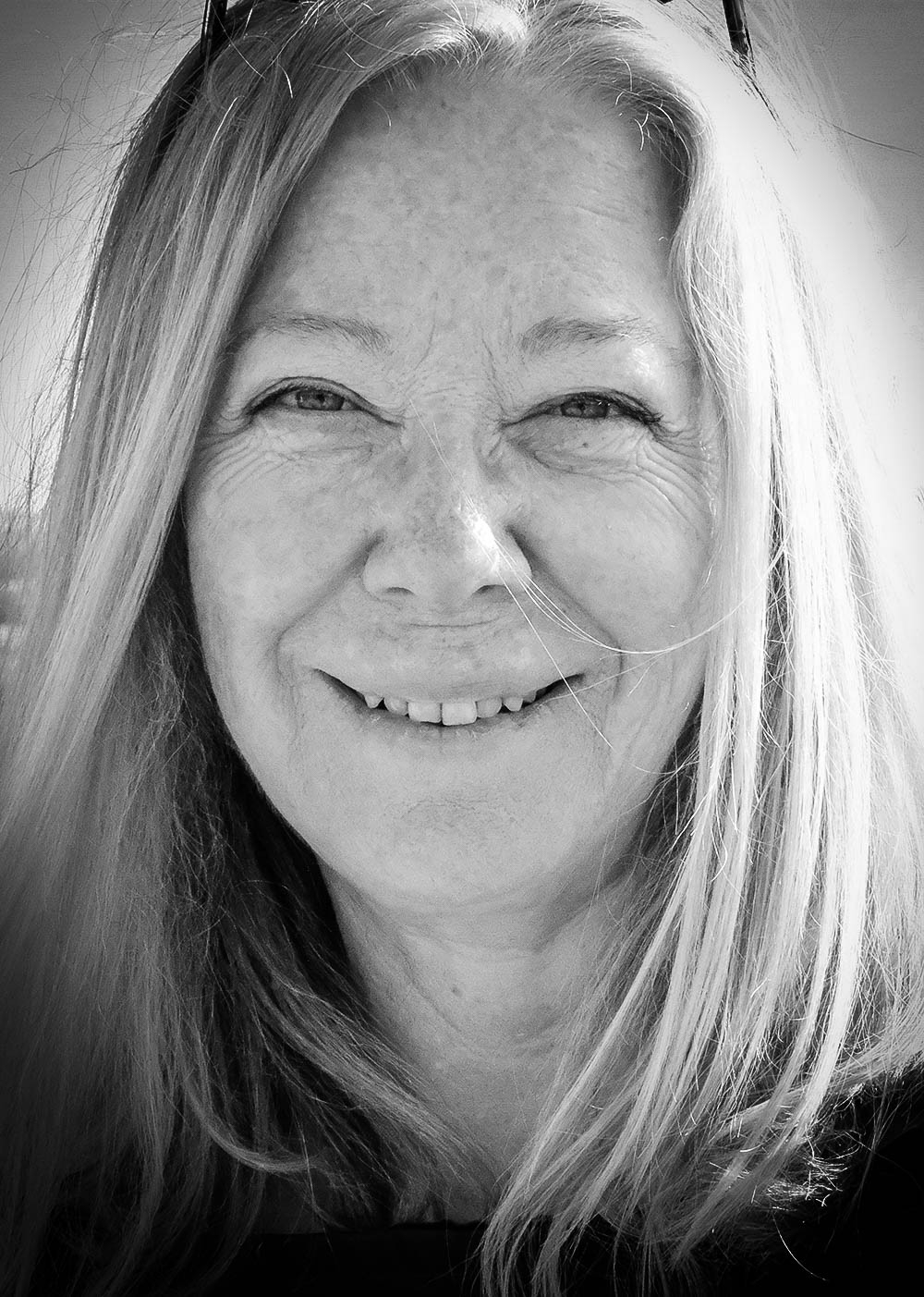 Ginny Povall: We're in Devon Valley, which is a valley that faces southeast and gets the southeaster wind in the summertime and it's a valley of two different soil types, granite and sandstone, and my farm happens to be in the middle of those two formations. So it's a nice mixture of different soil types. It's a cooler valley in Stellenbosch because of the wind direction that we feel a little bit of right now. That comes in usually around 3:30 and keeps the vines cool in the evening. Yeah, that's where we are.

And tell us a little bit about the different grapes that you work with right now.

I chose to plant Bordeaux varieties, primarily Cab, Cab Franc, Merlot, Petit Verdot. And since I'm a Pinot Noir lover, I planted Pinot, but it's not really the proper area to grow it, but because it's a cooler valley, I have a little section of it. And then I struggled a little bit with one of my Cabernet blocks. So I've grafted over one block of Cabernet to Albariño.

Last year was my first year producing it and it's quite delicious. And there's only three of us now that are making Albariño here.

And you farm organically?

How challenging was that?

It's challenging because there's not a lot of people doing it here. At least there weren't in the beginning and there's more now, but you know, it's kind of trial and error. And I also grow flowers so there's no one farming flowers organically because you can't get a premium price for flowers because people aren't eating them, but yes, I farm organically. My farm manager and I have been doing that now for seven, eight years. And you can see the kind of things that we do here. We do regenerative farming as well. We don't till the soil. So in addition to trying to build the soil back, it builds up top soil.

Take a 360-degree virtual reality tour of South African wine regions. This experience only works in certain browsers including Google Chrome. You can also experience the VR tour directly via the Youtube app.

Are you seeing a few more people in South Africa thinking about organic?

Yes. And I think that's because there's a demand, and I think they see the demand for it now. My wines are all vegan. I don't use any animal products. Occasionally you do have to do things to wine. Occasionally I do use yeast, occasionally I get stuck fermentation. So there are things that I do, but I tried to do as little as possible to kind of reflect what I'm trying to do here. And yeah, it's a learning process. Every year is a new learning curve for me in some way.

And you're obviously not originally from South Africa. How did you end up here?

I came here with my boyfriend at the time back in 2005 on a windsurfing, kitesurfing vacation and I just couldn't get over the beauty. I mean, you really must come here to appreciate the beauty and the people. And at that time South Africa was changing. It still is. The wine industry is changing. Everything's changed here. We've had some hiccups now with the politics, but I think that's the same in the US. But yeah, there's a positive trajectory. So I really wanted to be part of that and I was lucky enough to find this farm and I have a great farm manager who's a great part of my team. And yeah, it's been a fun journey.

This was originally a flower farm. 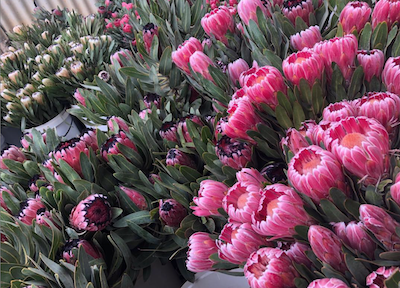 Yes, a flower farm. It was  actually the first farm in South Africa to farm the indigenous flowers. You know, the indigenous flowers just grow out in the wild but the original owner of the farm decided to cultivate them and then export them. So he was kind of on the leading edge at that time in the late '40s and '50s of experimenting with flowers. So I still have eight hectares, I still export them to Europe and China and next time you're in Whole Foods, look for a protea.

As an outsider you must have a bit of a different perspective on South African wine and people who have kind of grown up in it.

The best example of that is when I first came here, when you would look for a Pinot Noir, they were pretty much undrinkable and that has just changed in the 11 years that I've been here now. Some of like Crystallum Wines or just because of the exposure more... It's very difficult to get international wines here so you have to travel to experience them. So that's starting to take hold now and there's more international influence I think now of the wine styles here, which is a good thing.

You also make Chenin Blanc from old vines. Talk a little bit about that plot of vines that you discovered.

Yes, I was lucky enough, the viticultural consultant that I use to help me decide what sections of the farm to plant with what. When I mentioned to him back in 2008 that I really wanted to do an old vine Chenin and thinking that that was kind of something that Americans would relate to with kind of the heritage vines of the Zinfandel and those types of things. And he brought me to this really special place. It's about three and a half hours north of here along the coast and a 1,500 foot elevation and yeah, 60-plus-years now old and barely producing anything at this point. In the early days I used to get 10 tons off of three hectares, which is still nothing and now I'm lucky to get four to five tons. So it's really on the edge of not even being viable, but the wine that results from those grapes is really special. It's very concentrated, has a very unique Chenin profile.

Where do you see South African wine moving forward?

Well, I think it's so undiscovered. I think the UK market really understands what's going on here and they've embraced some of the smaller producers and are willing to spend $30, $40, $50 on a bottle from South Africa. Where in the US I think it's a little frustrating still after all these years that I've been in the market there, that people just don't view it as a premium quality wine. And I think, at least for Chenin, there is absolutely no way that South Africa isn't on the top of the pack. I mean, they're above France in my mind. And it's just sad to me that people aren't more open about experimenting with any new little country. And thank God there's shops like yours that you get exposure to that.