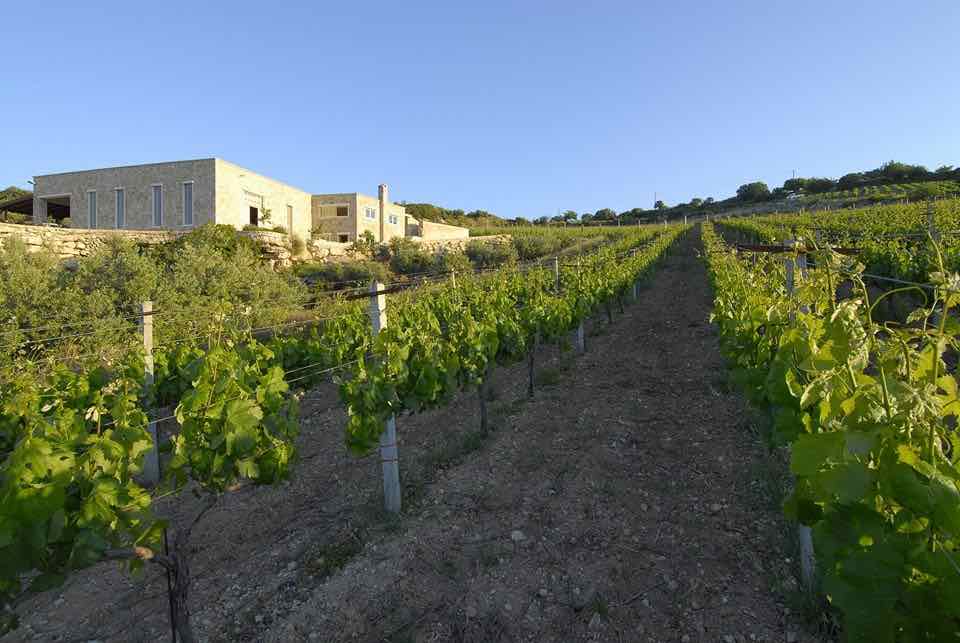 The private room at Milo’s Greek restaurant in Midtown Manhattan is hardly private. It’s enclosed in glass, hovering above the little round tables of couples clinking their glasses and delicately eating fresh seafood that greeted them on a bed of ice when they walked in the door. If they had looked up from the fish, they would have seen founder of Cava Spiliadis George Spiliadis (also the son of the Milos Group restaurants), Rhous Winery’s head winemaker Dimitris Mansolas, a small group of marketers, sommeliers, and me.

In the room, surrounded by floor-to-ceiling wine storage that displayed top French and Italian wines, Spiliadis and Mansolas were pitching more than their individual businesses. They were pitching an idea: It’s Greece’s time for a spot in the international wine market.

Americans are arguably more knowledgable about wines now then they ever have been. Napa has become an industry unto itself with limo tours and cult wines. Sommeliers have reached a new level of professional recognition. Restaurants of all price ranges now consider the wine they put on the menu and how it pairs with the food. But with abundance comes boredom — boredom with classic grapes, boredom with classic styles, and, perhaps most of all, boredom with oak.

“A few years ago, we were fighting to get Greek wines in the market,” Mansolas says. The Rhous Estate White and flagship Skipper White sit in front of us. Both are fresh food wines begging to be paired with seafood and Mediterranean fare as each wine opens up in the glass at its own pace. “I think Greek wine deserves a place in the conversation.”

Rhous, the Greek word for “flow,” is based on the island of Crete. The winery was started by the family of Mansolas’ wife, Maria Tamiolaki, and was known as Tamiolakis Winery before Dimitris and Maria took over. No matter the name, the winery has always been centered on indigenous grapes, 11 of which thrive on Crete. Rhous focuses on five: Vidiano, Plyto, Kotsifali, Mandilaria and Muscat of Spina.

Mansolas received his wine education in Bordeaux before taking over as the head winemaker at Rhous in 2011. The winery already had a foundation, and the recent economic collapse offered a new opportunity for Greek winemakers.

“The economic realities of 2008 forced the smaller wineries to become extroverted,” Mansolas explained.

Greece’s wine market was propped up by strong local sales and the 2004 Olympics in Athens before the bottom fell out of the market. Cooperatives in Greece had, and still have, the volume, but needed to look abroad for growth. Small independents were counting on the co-ops to supply the wider consumer end of the market so they could come in with indigenous and unique wines. Or, as Mansolas put it, independents need the co-ops to introduce Greek wines internationally so smaller producers could “Trojan horse” their way into the market.

But with the wide variety of international and domestic options consumers have today, there’s a reasonable question of whether there is enough room on the shelves.

Tasting the wines, though, it’s clear why Mansolas and Spiliadis are confident Greek wine can appeal to an international palate. The estate white (80 percent Muscat of Spina, 20 percent Vidiano) is a comfortable everyday blend. The Skipper white (70 percent Vidiano and 30 percent Plyto) is different enough to sip and think over, but recognizable enough to pair with a variety of food. When the Skipper red comes out (70 percent Kotsifali and 30 percent Mandilaria), it’s easy to see it replacing a Syrah or Zinfandel.

None of the wines are small, ranging from 13.4 percent to 13.9 percent ABV, but pair with food as easily as they hold up on their own.

Wine is an ever evolving market. There isn’t room on one table for every indigenous variety, but Spiliadis has faith in what is happening in Greece. The indigenous wines being made taste familiar while simultaneously being just different enough for consumers to feel as if they are discovering something new. Spiliadis says that as soon as wine directors and sommeliers open up the world of Greek wines people will find new favorites.

He’s seen the potential in his own family. His wife’s side of the family is Italian, but Greek wine is in their glasses. Sure, part of it is because he imports and makes his livelihood on some of the top Greek wines, but still.

Eventually, even more people are going to get bored with Pinot Noir, Cabernet Sauvignon and Chardonnay. There are so many options out there, and Greek wine has a strong case as the solution to jaded and bored palates. And as good as the wines Mansolas brought to the Milos meeting room are, “you haven’t seen nothing yet,” he says.