Prohibition's Grape Bricks: How to Not Make Wine 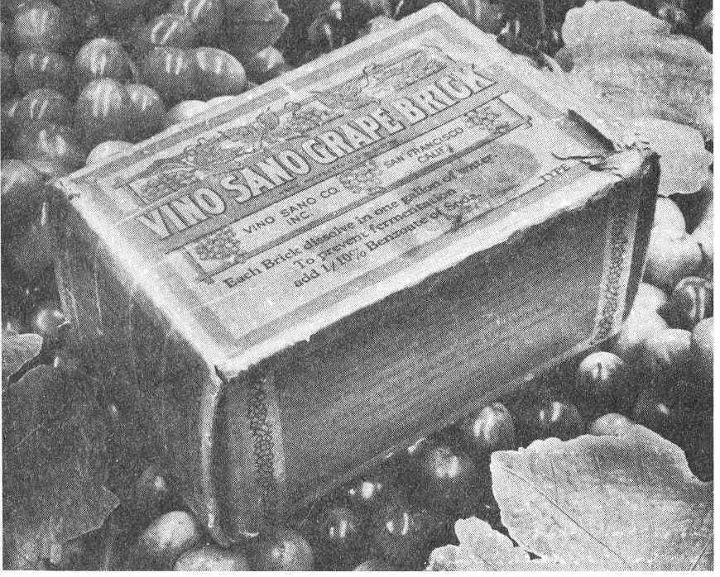 Grapes were a hot commodity in the 1920s and 1930s. Shipments of rectangular, brick–shaped packages traveled from California to the East Coast and flooded the market. Included on the packaging was a peculiar and highly specific warning:

“After dissolving the brick in a gallon of water, do not place the liquid in a jug away in the cupboard for twenty days, because then it would turn into wine.”

The bricks, wrote Megan Suttner, librarian and owner of the 1920’s blog “A Smile And A Gun,” were sold “brazenly, with a wink and a nod.” The grapes even included flavors, such as burgundy, sherry and port.

Despite the reservations printed on the label, home wine making during Prohibition was completely legal. A loophole in the Volstead Act allowed people to make and consume up to 200 gallons of wine in their home, which comes out to a little more than two and a half standard 750 ml bottles per night, per household, per year. This wasn’t the level of consumption the Noble Experiment was aiming for.

In America’s free market, a supply will fill a demand. Wine was harder to transport and had a lower profit margin than the smuggler’s favorites of bathtub gin and moonshine. California grape growers, rather than the Tommy Gun slingers of the East, were the saviors of those thirsty for something more refined. 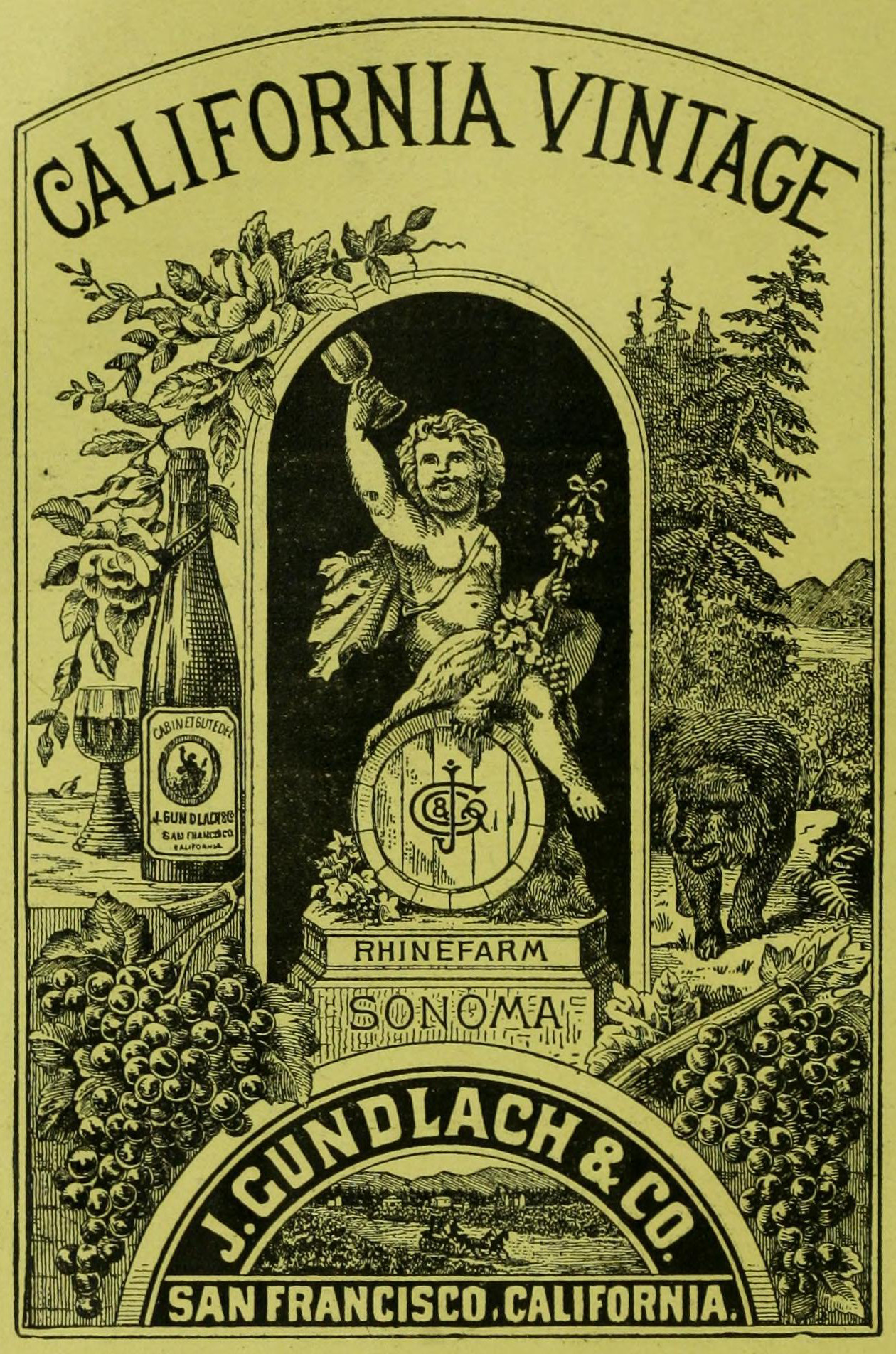 Mondavi family of grocers from Minnesota to California, including a young Robert Mondavi.

Although the homemade wine from grape bricks could hardly fall under the category of “refined.”

The grape of choice for home winemakers quickly became Alicante Bouschet. Thick, tough skins helped the grape survive the cross–country journey, and it grew in large quantities. Alicante produces up to 600 gallons per ton of grapes, around twice the yield of any other red varietal, because it can be pressed multiple times.

Past the thick dark skin of an Alicante grape is a dark flesh that squeezes out dark juice. In general, even dark skinned grapes have clear juice. The French use the word teinturier, which literally means “dyer,” to describe grapes like Alicante. A French man named Henri Bouschet created the varietal by combining his father’s Petit Bouschet with a Grenache in 1866. The grape was, and in some parts still is, used in Southern France and Portuguese red blends to add color.

Shoved into bricks and loaded with water and sugar to make “wine” didn’t give Alicante the most pleasant drinking experience. But desperate times call for desperate measures. Overzealous grape growers eventually outgrew demand, and the trade magazine California Grape Grower suggested such high uses for the grape as grape ketchup and grape fudge.

By the end of Prohibition in 1933, other grape varietals and fruits had been ripped up and 40,000 acres of Alicante had been planted. The vast quantity of wine consumed in homes across America, however, dropped to about half of the pre–Prohibition era levels.

“Grape bricks had a disastrous effect on the early American wine industry,” Suttner wrote in an email. Grape bricks’ place in Prohibition history is largely glossed over, but Suttner was able to learn about them through period newspaper articles and Eric Burn’s book The Spirits of America. “By encouraging the production of cheap, fast–growing grapes like Alicante Bouschet at the expense of other, slower varieties, American wineries limited themselves severely.”

American wine didn’t regain widespread popularity until 1975 and the famed Judgment of Paris, where American wines beat out French wines in a blind tasting. Unfortunately, it was too late for Alicante grapes. Less than 1,500 acres remain today.

Why grape bricks haven’t received the same star treatment as other Prohibition drinking stories is up for speculation. For one, wine drinking was an everyday activity at the time and wasn’t seen as something worth recording. But there is another, darker possibility that Suttner came across in her research.

U.S. Assistant Attorney General and legal enforcer of the Volstead Act Mabel Walker Willebrandt was pro Vine­–Glo, one of the largest producers of grape bricks at the time. Suttner supposes that the government scandal caused when Willebrandt quit her federal job to work as the legal advisor for Fruit Industries, Vine–Glo’s parent company, may be one reason grape bricks didn’t receive much press.

“The government claimed that Fruit Industries was ‘violating Prohibition’ with their products,” wrote Suttner. “And were to sell them only as ingredients for making ‘soft drinks'…the company went out of business shortly afterward.”

Clearly, the government didn’t read Vine–Glo’s label on how to not make wine.