A Snapshot of Sicily 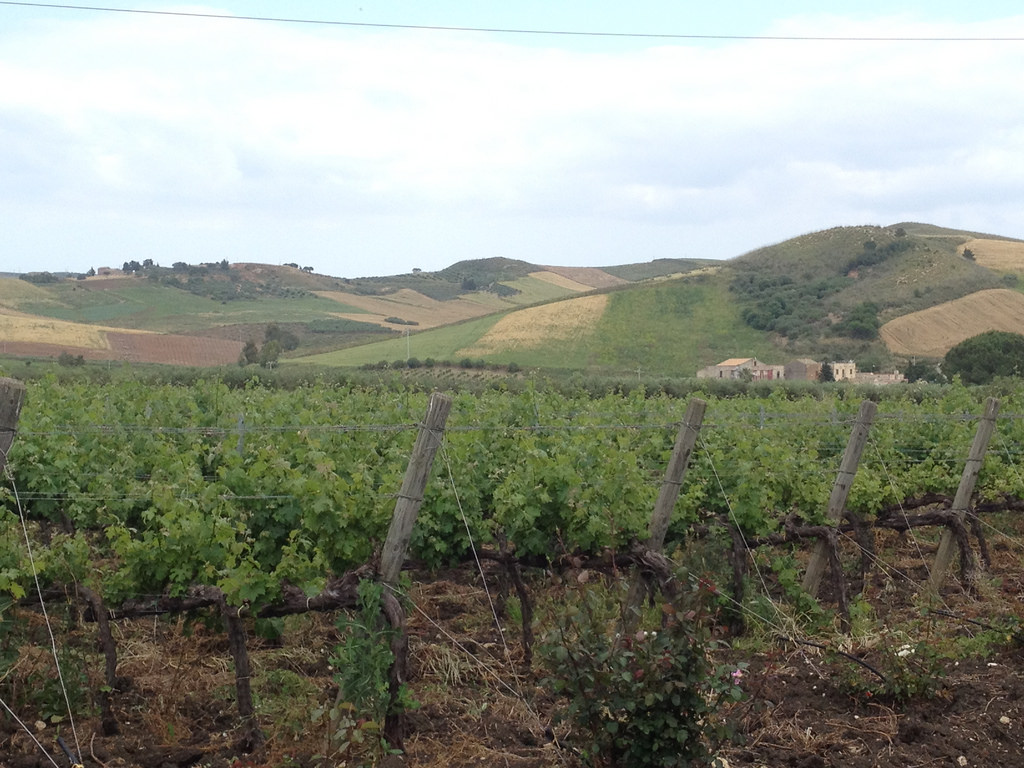 Located in the central Mediterranean Sea and one of Italy’s first inhabited areas, Sicily has been an important center of viticulture for over 2500 years. The island extends from the tip of the Apennine peninsula, separated by the Strait of Messina, towards the coast of North Africa. Roughly triangular in shape, Sicily stretches 175 miles at its widest point from east to west, and measures approximately 58 miles from north to south. The most prominent landmark in Sicily is Mount Etna, which at close to 11,000 feet is the tallest active volcano in Europe. 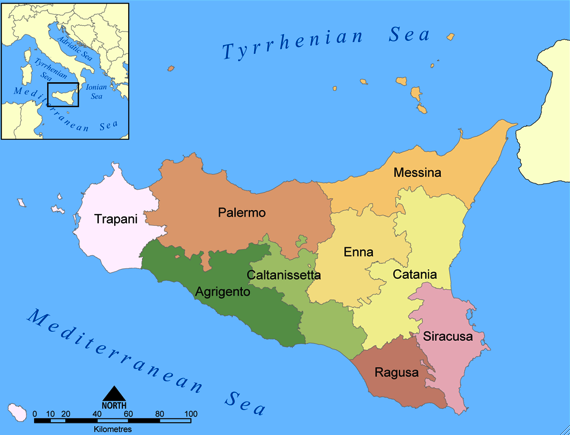 Sicily is marked by a classic Mediterranean climate, characterized by consistent bright, sunny days, mild winters, and moderate levels of rainfall. The warm, generally dry weather and coastal breezes provide ideal grape growing condtions, and Sicily has more land under vine than any other Italian region. In fact, it is in close competition with Apulia for first place as the largest wine producer in the country. Ironically, Sicilians consume less wine per capita than any other Italian.

When it comes to viticulture, Sicily’s soils and the surrounding mountains and hilly terrain have a large impact on winemaking. Mount Etna, located on the eastern side of the island, contributes mineral-rich, dark soils to the Etna DOC vineyards, and vines are now being planted further up the volcanic slopes to benefit from the cooler air and fertile soils. Located about 50 miles south are the Iblei Mountains. On their lower slopes and the coastal plains below them are the DOCs of Siracusa, Noto, Eloro and Vittoria. The western portion of Sicily features less dramatic volcanic hills but soil that is still heavily influenced by the mountainous terrain of the island. This area features the Marsala DOC and includes the DOCs of Alcamo, Contessa Entellina, Delia Nivolelli, Erice, Menfi, Monreale, Salaparuta, Santa Margherita di Belice, and Sciacca.

The primary grape varieties found in Sicily are the native Nero d’Avola and Catarratto, occupying more than 16% and 32% of vineyard area respectively. Much of the juice produced from the Catarratto grape is shipped to cooler Italian regions where it is commonly used to add body and weight to wines that are thin and over-acidic. Most of what remains on the island is combined with the white varieties Grillo and Inzolia to make Marsala, Sicily’s famous sweet wine.