Surfing Delectable: What The Pros Are Drinking 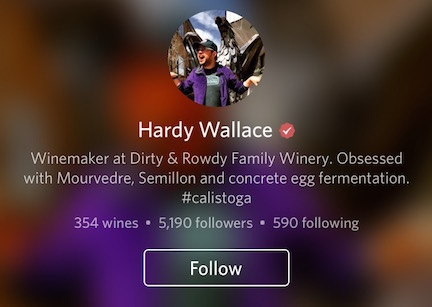 Poderi Il Saliceto Bi Fri Petillant NV
"Pour it down your pants all day every day. The Glou of glou!!!!!"
Rated 9.1 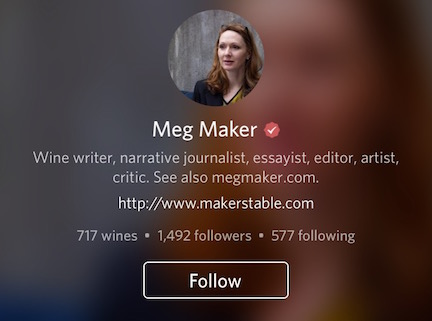 Y Rousseau Old Vines Colombard 2014
"Crackly up front, with green apple tartness and a lime citrus snap. But the texture is a surprise - round and luscious, a silky mouthful of melon and honeydew - and the wine's lingering goodbye is minerally, almost salty, with a finishing flare of green acid. Delicious, and a superlative deal."
Rated 9.4

Y Rousseau "Milady" Chardonnay 2012
"Imagine lawn party in raking, late afternoon light. People in white linen mill about, or lounge on wicker, burbling with laughter, nibbling sandwiches, cutting deep wedges of cheese, and trying not to stain their fingers in platters of ripe berries. There's the pok! of croquet beyond the hedge and chattering birds; later, the crickets begin. And there is this wine. It is sunlight distilled into a glass, its breath is like the kiss of that day's breeze, its body crystalline and pure. People sip, then stop and look up. What is this wine? Some say Chablis, from a ripe vintage, or maybe a Montrachet made with restraint. It is succulent, gleaming, yet discreet. It is nearly perfect, they say, an ur-wine. It is just right for this moment - it is this moment. And it is beautifully done."
Rated 9.8

Y Rousseau Rosé of Tannat 2014
"Lovely deep salmon color with a woodsy, tropical fragrance, as if the northern forest had been relocated to the equator: cypress and fir, mango and guava, tea and pine and fresh air. The palate is savory and herb-steeped, a tonic that mingles dark red fruits with crisp refreshment. This is a deep and serious rosé, lusty and big-hearted, a wine with both gravitas and elegance."
Rated 9.2

Durant Vineyards Lark Vineyard Chardonnay 2013
"A lean, spare Chardonnay with faint notes of pear, sage, musk, and melon. The palate offers a bitter, almost bony minerality with a finish that's slightly sweet, like yellow apple or honeydew. Curious and unintegrated; it's possible that some bottle age would knit it together."
Rated 8.0

Y Rousseau Tannat 2012
"The color is sabled, like red ink, but the nose is fresh, as if crushed cherries and blueberries had been steeped in green tea. It's spicy and ample on the tongue, with round red fruits tinged with spice and leather. Youthful now; give it a few years."
Rated 8.5

Segura Viudas Arias Estate Brut Cava Macabeo-Xarel-Lo-Parellada NV
"Earth-scented, like fresh clay, with muted flavors of bitter pear and citrus. The effect is more ale than wine, and while its texture is nice, that's not enough to rescue it."
Rated 7.3

Emeritus Vineyards Russian River Valley Pinot Noir 2012
"Pale ruby red with spice-tinged aromas that offer sweet tomato and strawberries, red raspberries, allspice. The palate is juicy and lean, ripe but not too, with touches of green fruits and herbs complementing its tart berry notes. High-pitched but not angular, it's overall a vivacious Pinot Noir that partners amicably with salmon, poultry, roasted vegetables, and young cheeses."
Rated 8.8

Jordan Vineyard & Winery Russian River Valley Chardonnay 2013
"Recent vintages of this wine have been all sunny daffodils, but the 2013 is tinged with brimstone and steel, lemon peel, cypress, a whiff of wild thyme. Clear-complected with texture like silk voile, the body suggests laurel and lemongrass. The fruit was fermented in a mix of French oak and stainless, and only a portion underwent malolactic. Lots were aged six months in 40 percent new French oak, including two months sur lie with regular bâtonnage. The result is a succulent and stylish Chardonnay that wears its oak well—as a veil, not a mantle—and knows how to behave at the table.."
Rated 9.1 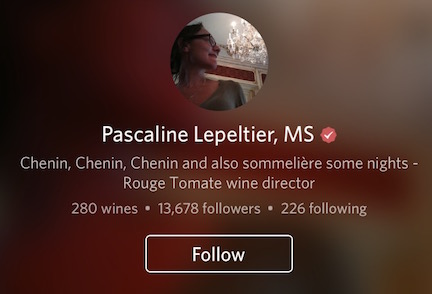 Weingut Knoll Ried Schütt Durnsteiner Smaragd Riesling
"So fresh and tense for a 2010 - a bit of smaragd to start then acid acid acid."
Rated 9.4

Château De Fosse-Seche Eolithe Saumur Cabernet Franc 2011
"One of my favorite CF out there."
Rated 9.4

Domaine Ostertag Vignoble D'E Riesling 2011
"Decanted, give it an hour - tension reappeared from the fat of the vintage. Such an underrated producer..."
Rated 9.1

Marqués De Murrieta Ygay Reserva Blanco Rioja Viura 1985
"Some power here, and a little va dancing in the back - the oak is pretty upfront but the wine has the alcohol to handle it. Lovely oxidation."
Rated 9.1 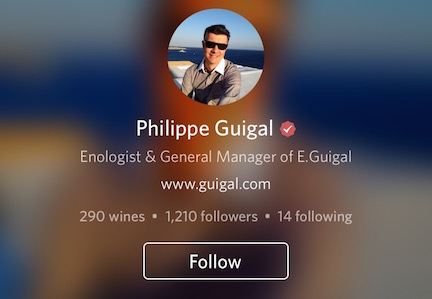 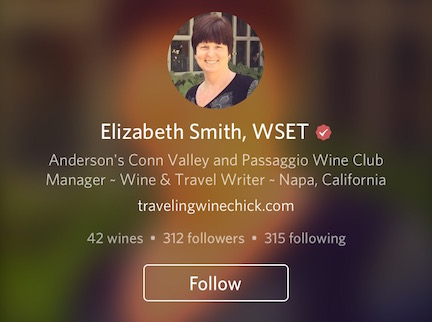 Anderson's Conn Valley Vineyards Napa Valley Chardonnay 2013
"The grapes for the 2013 vintage are sourced from Oakville, a change from previous vintages. This Chardonnay is bright yellow-gold in color and has a substantial mouthfeel and fresh acidity. Aromas and flavors of green apple, pear, and yellow citrus are layered and persistent throughout, intertwined with nuttiness and smokiness from time spent in 100% French oak. The finish is complex, long, and lingering. Kudos to winemaker Robert Hunt."
Rated 9.2

Passaggio California Tempranillo Rosé 2014
"It's too bad winemaker Cindy Cosco only made 25 cases of this Tempranillo rosé, because it's gorgeous and it's already gone. It has a rich salmon color and is crisp, and clean, fermented and aged in stainless steel. Red berries such as raspberry, redcurrant, strawberry playfully vie for the attention of the nose and palate, along with a touch of watermelon and guava."
Rated 9.5

Passaggio Wines California Mourvèdre Rosé 2014
"The 2014 Passaggio Mourvèdre Rosé, whose grapes come from Herringer Estates in the Clarksburg, California area, is everything you want in a wine. It's floral, fruity, and herbal on the nose, with juicy, ripe cherries, raspberries, and strawberries on the palate. It finishes with mouthwatering, food-friendly acidity."
Rated 9.5

Chateau Montelena Napa Valley Cabernet Sauvignon 2010
"This 2010 Cabernet far exceeded my expectations for a larger production wine. The black fruits, baking spices, and mocha/chocolate flavors are welcoming and persistent throughout the palate, yet the wine finishes with bright, red fruit acidity."
Rated 9.0

Old York Cellars Pinot Gris 2013
"This 2013 Pinot Gris is a pale lemon-green color and refreshing on the palate, with flavors of tropical fruits, melon, orange, and a bright acid finish. As it warms to room temperature, the fruit flavors become sweeter, more like candied fruit."
Rated 9.0

Chateau Montelena Napa Valley Chardonnay 2011
"Bottle Shock aside, I love this Chardonnay. Fresh apples and citrus explode on the palate, accompanied by a juicy mouthfeel and a hint of smokiness from the oak. The finish is long, with lively, lingering acidity."
Rated 9.5