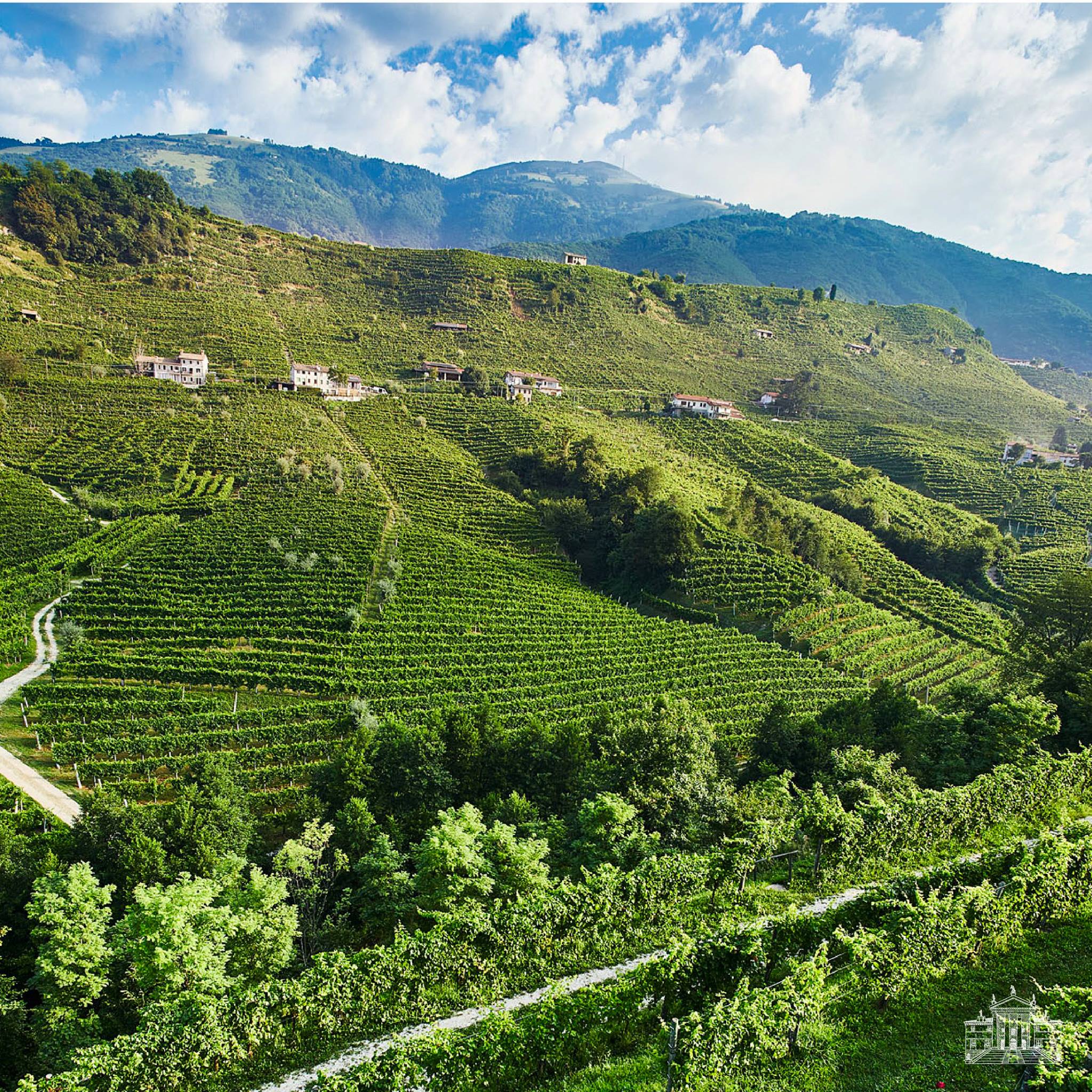 Fizzy, intensely aromatic and crisp, with notes of yellow apple, pear, white peach, and apricot, Prosecco is one of the most popular wines in the world. The name Prosecco is derived from the Italian village of Prosecco near Trieste in the Veneto region of northern Italy, where the primary grape, Glera, and the wine is said to have originated. According to The Drinks Business Prosecco produced 600 million bottles in 2018 meaning it is almost double the production of Champagne.

Prosecco is different from Champagne both in terms of the grapes used but also importantly how the wine is made. Prosecco is primarily produced using the Charmat–Martinotti method, in which the secondary fermentation takes place in stainless steel tanks rather in each bottle, making the wine less expensive to produce. Decanter Magazine describes the Prosecco area climate as "warm and temperate. There is significant rainfall throughout the year, and even the driest summer months still have a lot."

Located in the hills of the Marca Trevigiana, Villa Sandi is centered around a Palladian style villa dating back to 1622. Owned by the Moretti Polegato family, Villa Sandi farms vineyards in some of the best parts of the Prosecco DOCG. Their estate includes parcels in the Cartizze vineyards, generally described as the 'Grand Cru' of Prosecco due the exposure and steep slopes.

Villa Sandi has shown a commitment to being stewards of the environment. It is certified “Biodiversity Friend” by the World Biodiversity Association, a certification developed to evaluate biodiversity and promote its conservation in agriculture. They employ solar panels and produce energy through a hydroelectric power plant located inside the company grounds. 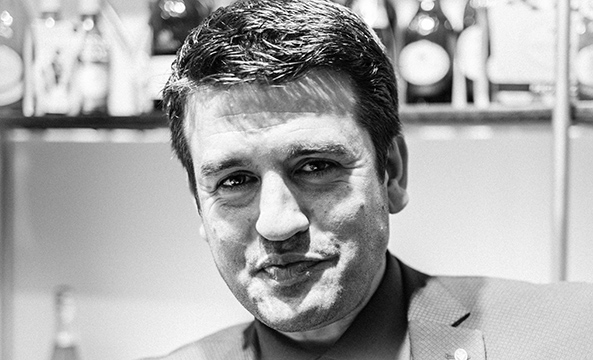 Christopher Barnes: Stefano talk about your experience at Villa Sandi.

My name is Stefano Gava, I'm the chief winemaker of the Villa Sandi. I have worked at Villa Sandi since 2006, it has been 13 years since I have worked in this company. I started with quality control and then I followed that with all the winemaker stuff. Villa Sandi is a family estate, this is very important, it is three generations of winemakers. We are in the northeast of Italy, to one hour north ... in the middle between Venice and the Dolomites in a very nice area for the production of sparkling wine. Sparkling represents for us our DNA, and Prosecco in particular represents our best expression from our region and from our estate and cellar.

And what's your background as a winemaker?

Yes, I finished in 2006 at the University of Padua, then I went into Australia for one year and then I came back to Italy and started my experience here in Villa Sandi.

And Stefano, Prosecco is one of the most popular sparkling wines in the world, what is it about Prosecco that everybody loves?

Everybody loves Prosecco because first of all it's simply wine, and the aromatics, it's very fruity and floral, it's friendly, it's not very alcoholic because we have 11 maximum 11.5 alcohol. It's a good mix between the acidity and the sugar and of course it's completely different if you compare the classic method and the aromatic method; for example it's completely different to Moscato because it's not an aromatic wine like Moscato, it's not complex like Champagne or Cava or Cremant. Prosecco is Prosecco, it's perfect like an aperitive and people can enjoy it at all times of the day, from the morning until late at night. 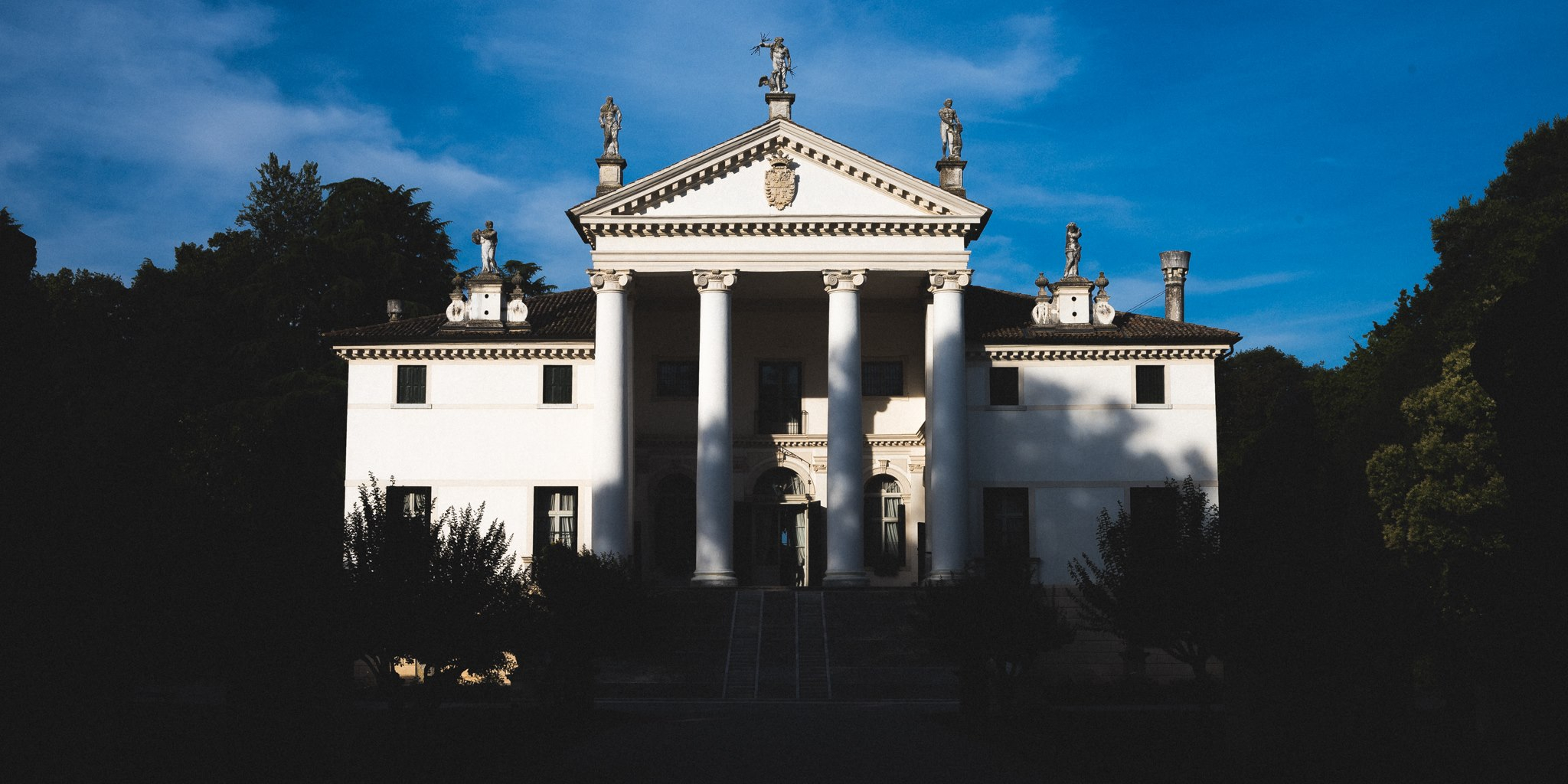 And there's quite a lot of Prosecco made and there's a lot of variation in levels of quality of Prosecco. What's the difference between the Prosecco that you make and let's just say some of the more inexpensive Proseccos that are out there on the market?

Well, yes this is true, and it's real. So we are a Prosecco brand at Villa Sandi, if you come to Villa Sandi you can see people like me and the owner. You can see the winery, you can see the vineyard, you can see everything. And sometimes you find just a cellar in the middle of nowhere just bottling but we have the control from the vineyard to the final bottle, and for us this is very important. And this is why you can find in the market, private label Prosecco without history, without nothing. And you can see in the market a wine and a Prosecco like from Villa Sandi that represents a very long tradition in sparkling wine production.

Talk a little bit about the soil and the climate where you grow your grapes and you make your wine.

Yes, well the Prosecco area is an important area, it's not big, but it's an important area starting the Friuli-Venezia Giulia in the Trieste region and finishes to Venezia, to Venice, and we are in Treviso. For example for the Prosecco Superiore, for the Prosecco DOCG, you are along the Piave River, for example on the flat appellation and the soil is a mix between stones or clay, depending where you are, but it changes from village from to village. And this is important for giving the wine complexity. And different notes into the wine.

Talk a little bit about the grapes that go into Prosecco. 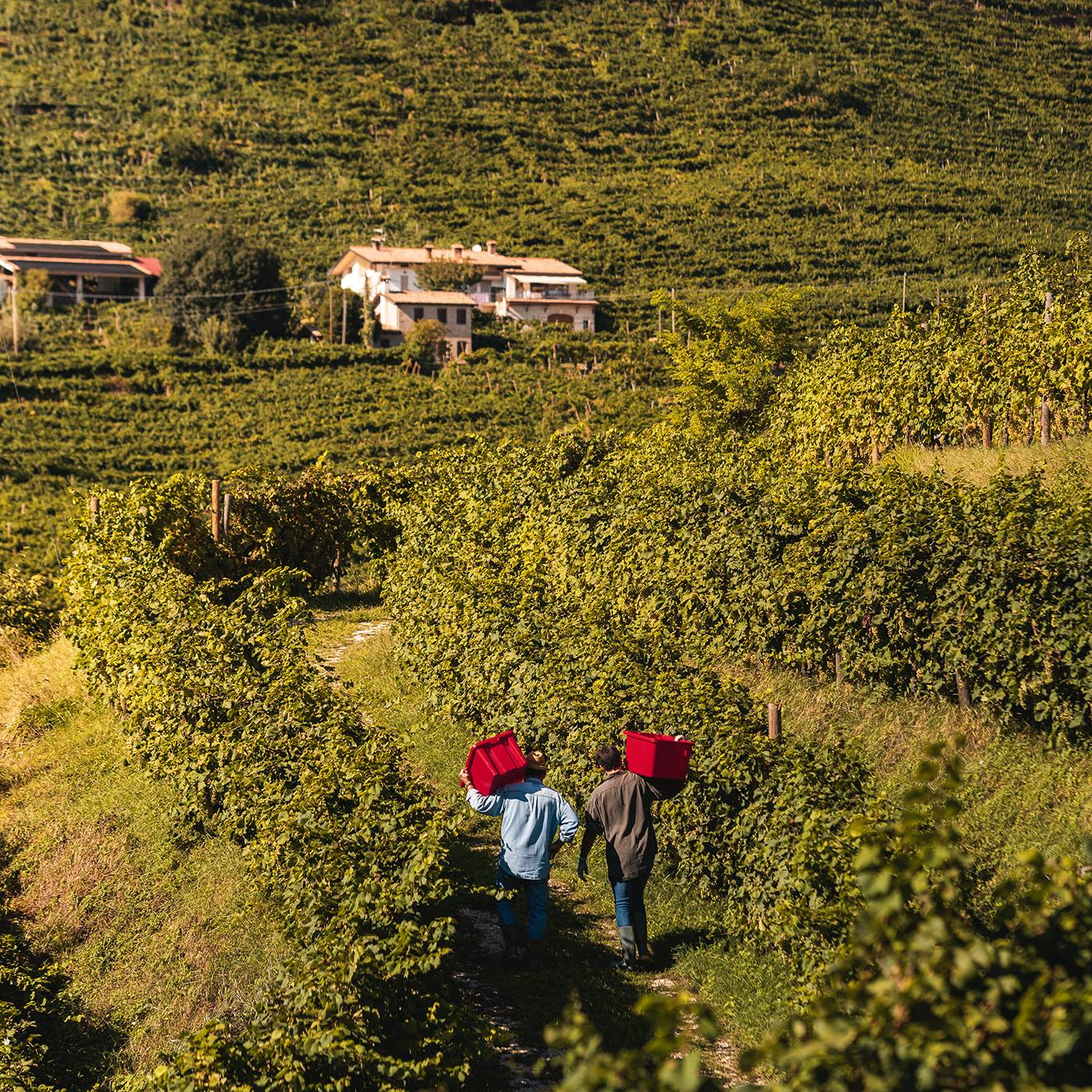 And talk a little bit about the different styles of Prosecco.

And also you have a different kind of Prosecco in terms of percent of sugar, you start from Prosecco Brut (up to 12 grams per litre of residual sugar) until Prosecco Dry (17–32 g/l). Of course the version between brut is extra dry (12–17 g/l) and represents the most popular version of Prosecco.

Do you have a philosophy of winemaking?

Yes as fresh as possible. Because Prosecco, this is my philosophy, with some wineries you can find the Prosecco with a yeast aroma or a particular aroma. For us Prosecco is Prosecco, if you drink a good glass of Prosecco you need to find a fruity and floral aroma. So this is why I say my philosophy and philosophy of Villa Sandi is to make a wine as fresh as possible. Also because we're supporting 90 different countries around the world and this is very important to maintain the freshness inside the wine.

You make the Prosecco directly from the must?

Yes. Because also the philosophy was to make the wine as fresh as possible, we create the wine with the Martinotti method directly from the must. So, we cut the grapes in September and we cool down the must. It's frozen, but not frozen but we cool down to zero degrees Celsius. And when we need a sparkling wine we warm up the must until 15 degrees Celsius and we start an alcoholic fermentation and secondary fermentation together.

In this way, in around three months, it's possible to obtain a ready sparkling wine for bottling. In this way, the wine keeps the freshness and also we can reduce the quantity of sulfites inside a wine because we work with a fresh method. And this is important to maintain the high quality of Prosecco from Villa Sandi.

More about Prosecco on Grape Collective.

Prosecco gets serious about quality by Christy Canterbury

Buy Prosecco Made Me Do It by Amy Zavatto on Amazon