In the early 1980s, Mary Ewing-Mulligan and Ed McCarthy met at a tasting in New York’s Chinatown where someone tried to match dry Italian white wines with Chinese food. The wine-food pairing didn’t ring any bells, but the Mary-Ed pairing did.

Soon after, on Bastille Day 1981, Ed called Mary, told her that a new chapter of Les Amis du Vin was holding a Champagne tasting at the Gramercy Park Hotel and maybe they should go. Mary spilled a glass of Bollinger Champagne in his lap that night. “It was the most expensive Champagne I’d ever had,” she recalled. “I’m very clumsy.”

To us, wine is about friends, family and romance. So much wine writing is produced by individual people – especially men – who appear to drink alone. In fact, though, many wine experts, winemakers and wine writers come in pairs. Last year, around Valentine’s Day, we wrote about Bo and Heidi Barrett, the famous Napa winemakers. Now is a great time to celebrate the role all of these couples play in wine – and the role wine plays in romance. After 36 years of marriage, Ed and Mary are one of America’s foremost wine couples. In 1993, she became the first American woman to earn the title Master of Wine, one of the world’s most respected wine credentials. There are fewer than 400 MWs in the world. She also is president of the International Wine Center (IWC) near Madison Square Garden, which introduced Wine & Spirits Education Trust (WSET) programs to the U.S. 25 years ago. Last year, she received a Lifetime Achievement Award from WSET. Having a WSET diploma can qualify an individual to study for the MW certification, which 16 IWC graduates have achieved. Mary joined the IWC in 1984 and became its sole owner in 1997.

(Mary and Ed with Dottie)

Ed and Mary are co-authors of the best-selling “Wine for Dummies,” which has sold nearly two million copies, been translated into 38 languages and is in its seventh edition, and 10 other books in the series. Ed is a Certified Wine Educator and solo author of “Champagne for Dummies.” Both lecture on wine and judge wine competitions. They are also columnists at Wine Review Online.

We have known Mary and Ed for many years – probably more years than we realized, but we’ll get to that. Whenever we go to a tasting and see them, we exhale a bit because we know we’ll enjoy their combination of charm, wit and extraordinary knowledge.

The idea for this column, however, happened by accident. We were very impressed with one of the wines at a fancy dinner tasting when Ed spoke up, telling the winery reps how much he enjoyed it. During a break, John walked over to tell Ed we agreed with him. Mary demurred. Too much volatile acidity, she said. But in the next breath, they both agreed that they must have been served the wine from different bottles. That sounded like the kind of compromise we might make.

John asked if they often disagreed about wines, a question people often ask us. Mary said they sometimes do, but, by the next morning, she often comes around to Ed’s point of view. The whole exchange was so sweet that we wanted to know more. So a few weeks later, we dropped in on them at the IWC, where we spoke for a long time over a bottle of Hermann J. Weimer Riesling from New York State.

It turns out we have far more in common than we had realized.

Like us, neither grew up in a household with wine, except maybe on Thanksgiving. Both – Mary is in her 60s and Ed is over 70 -- remember Lancers and Mateus with a certain kind of fondness. Ed’s first wife was Italian-American and that’s where his passion for wine got its spark. Mary took a job out of college at the Italian Trade Commission, where she worked with wine “and I discovered that I really liked the people of wine, the environment.” Ed was a high school English teacher, but his interest in wine grew so strong that he took a job at a wine shop in Long Island on weekends to learn more.

By the time of the Chinatown dinner, Mary was working in the wine business, as an agent for an importer. She figured the dry Italian whites wouldn’t work very well – this is before the explosion of fruity, lively Italian whites – so she brought along something pretty obscure, called Prosecco.

“I heard that Ed worked at a wine shop and I was thinking maybe I can get this guy to buy some of my wine,” said Mary.

What she didn’t know was that Ed knew just who she was “because she came to speak once at some wine event.” Before long, he had her phone number.

We were amazed when they mentioned the new Les Amis du Vin chapter and the tasting at the Gramercy Park Hotel. We, too, were members of Les Amis. As Mary and Ed put it, that was “the only game in town” back then, and we regularly attended its tastings at the hotel, probably some they also attended.

On their first date, they told us, they spent three hours talking at a long-closed wine bar on the Upper West Side. Then they remembered the name: Stephen’s Wine Bar! They are the first people we have met who remember Stephen’s. It was the first great wine bar we ever visited – this was in the early ’80s – and we still judge all others against it.

And they, like us, had memorable wine experiences at Windows on the World in the World Trade Center. Mary still remembers a 1983 Clos du Val Chardonnay that opened her eyes to the exciting developments in California wine (though they say they both still prefer Old World wines, overall). 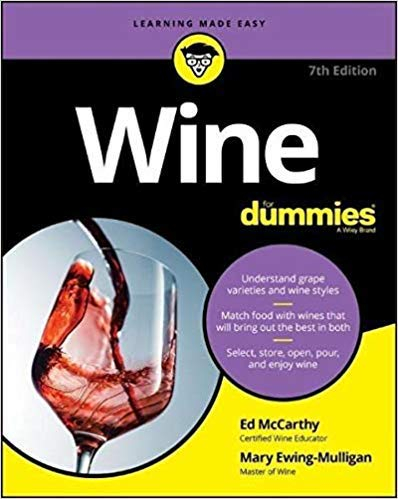 Right now, “Ed is more interested in white wine than I am. I want to drink red, red, red, red,” Mary said, while Ed added that he usually enjoys both equally.

About Champagne, she said, “It became his specialty and therefore it became a part of the wine world that I didn’t have to sweat about. I became exempt from Champagne. I’m expected to know the other stuff, but when it comes to Champagne, I can always ask Ed.”

Mary says she couldn’t have become a Master of Wine had it not been for Ed. “Ed really rounded out my wine knowledge and wine experience. He was a collector. We’d be invited to go to collector dinners in the late ’80s. We’d travel to Chicago and Cleveland to attend a weekend’s worth of collector activities. I got to taste all these old wines that really broadened my background, really helped me. What I really needed to sharpen up on was the technical stuff and there were no classes for that like here,” she said, gesturing to the IWC classroom we were in.

Ed not only broadened her knowledge of wine but he brought passion to it. She calls him “a hedonist when it comes to wine.” She said she tends to look at wine more technically. “He loves wine and I became interested in wine as an intellectual pursuit. Once wine became my business, it was business first for me and it was an intellectual fascination with wine. No one can ever know it all. That’s the most fascinating thing about wine,” she said.

They say they agree on wines about 75 percent of the time.

“So Ed and I taste the wines together and I take my notes and he tells me what he thinks and I write his notes into my database next to my own,” Mary told us. “And Ed is an intuitive, or spontaneous, taster. He doesn’t analyze. I am the instructor with the analytical tasting notes. And I can push him into doing that, but his response to a wine is very sensual.

“Sometimes the next day after I do my analytical thing, the next day I am writing my column and I taste the wines again and I say, you know, he’s right. Like the technical part is getting in the way of the holistic judgment. And he’s just judging it holistically.”

She added: “Of course, when you’re tasting wines analytically, there might come a moment with a really nice wine when you really say, ‘And….wow….’ but the majority of wines that you taste are not at that level.”

Both are disturbed that more and more wines these days seem “competent,” as they put it. Said Mary: “Who wants to drink competent for dinner? Competent is for when you’re in an airplane.”

Speaking of airplanes, Mary pointed out that it’s hard to have a real vacation when you are a wine professional. Visits to the most wonderful wine regions are work.

At that point, they both said “Kentucky.”

“We bought an auction lot to stay two nights each in three different national parks in Kentucky,” Mary said. “So we figured we’ll drive to Kentucky -- road trip -- and we’ll bring our own wine with us and we’ll go there and included was a meal plan. Except that all these restaurants in all these national parks in Kentucky are dry. So I say we have our own wine, can we bring it in and they say no no no. So I say you have beer? No no no. So I stood there in Kentucky in a national park and said, look, do you do takeout? And we took it back to our cabin and we opened our wine and that’s how we ate.”

Mary and Ed moved to Harlem a few years ago and love it. They say it has a sense of community they have rarely encountered. They hold wine tastings for their neighbors in their apartment building. The two live with their cats, Juliénas, named after the cru Beaujolais, and Cristal, named after the Champagne. Ed, who had previously been married twice, has three children. Mary also was married previously.

When we asked them how they keep romance in wine when it’s also their job, Mary said what we quoted at the top of this column. And this:

“Wine can be romantic if you make it an element of romance. It’s like the special glasses, the special bottle, the older bottles, the decanted red.

"It’s not just: Is wine romantic? I think wine is part and parcel of romance.”