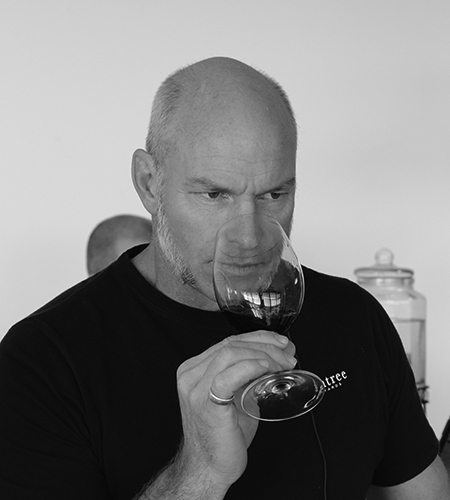 Mike Brown is the co-owner and winemaker of Gemtree wines. Last year Chinese property developer and investor Song Yuangang became a minority shareholder in his business committing $30m of working capital. There are plans to open 200 Gemtree stores across China. Grape Collective talks to Mr. Brown about being the recipient of the largest Chinese investment in Australian wine.
Mike Brown:
"About two and a half years ago we met a Chinese businessman who came over looking for some viticultural land in McLaren Vale. He was introduced through a friend of ours. His big interest was not only getting viticulture but something that was sustainable, something that was organic. So we met with him, the property that was for sale - he wasn't interested in because it wasn't organic. He showed a specific interest in what we were doing.
We sold him a little bit of wine in that first year and what has happened is that he has opened up a distribution business in China centered around the Gemtree wine brand.
The attraction from his perspective is that we were family owned. The family had total control over production. So we controlled what was going to come out and the quality.
What he had done in China is set up a distribution platform that I believe is second to none. We currently have seven cellar doors set up in seven provinces. That will double by this time next year. We have 300 full time sales people selling Gemtree wine full time in China.
And what that has done for Gemtree Australia, is it has given us the opportunity for us to forge ahead in McLaren Vale to take what we do here and put that story into another country and have that story told by our people.
We don't like to look at ourselves as special in any way but it has been sort of a guinea pig project for the China wine relationship. Obviously they have been buying a lot in France. I think it is the largest China investment in Australian wine. For that reason we have probably seen some positive and some negative press out of it. Alot of people are conservative. They are wary. We have copped a fair bit of flack from our local friends. In that we have sold out to the Chinese which is garbage - it is such a fallacy. It is a partnership that will build an enormous amount of exposure for our region, yes for us but our region is going to benefit from this massively."
← Previous Next →
Latest On Grape Collective