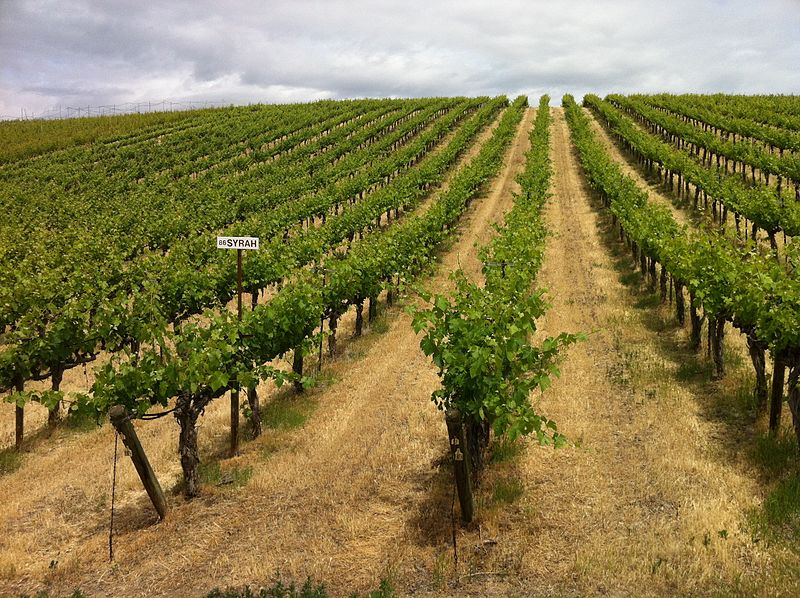 Oregon has Pinot Noir, Napa has Cabernet Sauvignon, and Washington State has...everything? Does it matter if Washington cannot boast of an iconic signature wine grape? Erica Szymanski, posting in Palate Press, describes Washington as being "almost unbearably diverse." Ultimately throwing her hat in the ring for "Brand Washington" rather than trying to shoehorn a particular round grape into a square hole, she concedes that considering either of these options, or the myriad of possibilities in between, has its pluses and minuses.

Here are three alternative takes on this issue:

When it comes to Washington's greatest grape, Andy Perdue of Wine Press Northwest is on Team Riesling.

Maybe it's not one grape, but rather blends that are Washington's calling card? Mike Veseth ponders this point in The Wine Economist.

Sean Sullivan, in Washington Wine Report, queries his readers on the question and gets a response from Winemaker Ben Smith of Cadence Winery. Smith's "money, time, and effort is riding on Cabernet Franc."

So does Washington State need a signature grape? How should it present itself to the rest of the world?