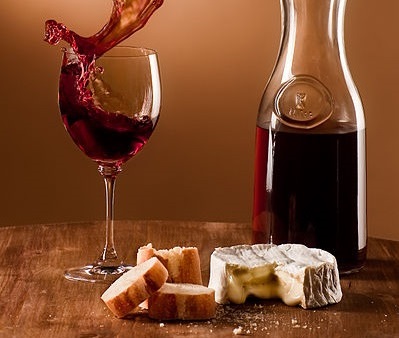 Ever since 60 Minutes aired its seminal segment “The French Paradox” nearly 25 years ago, the notion that ‘a glass of wine a day keeps the doctor away’ has permeated American culture, with studies after studies stating that one glass of red wine per day is proven to lower Americans’ risk of heart disease. However, that old adage may be changing. A study published by the European Society of Cardiology (ESC), aptly entitled the In Vino Veritas study, recently found that wine only has positive health benefits for people who exercise.

The study, conducted by Professor Milos Taborsky (pictured below) from the Czech Republic and presented at the 2014 ESC Congress in Barcelona, is the first long-term, prospective randomized trial comparing the effect of red and white wine on markers of atherosclerosis, including 146 people with mild to moderate risk of cardiovascular disease.

By monitoring participants’ consumption of red and white wines (Pinot Noirs and Chardonnay-Pinots from the same year and wine region of the Czech Republic) along with their amount and type of exercise (among other variables), the study concluded that regular exercise (at least twice per week) in combination with moderate consumption of red or white wine (roughly two glasses for women and three for men, a maximum of five times per week) has the propensity to increase patients’ levels of high-density lipoprotein cholesterol - otherwise known as ‘good’ cholesterol - as well as decrease their levels of low-density lipoprotein and total cholesterol, protecting them from cardiovascular disease.

While similar studies have yet to be done on American patients, perhaps the old adage will soon be ‘a jog and Gamay keeps the cardiologist at bay.’