Kitá Wines of Santa Barbara County, the first U.S. winery and vineyard owned by a Native American tribe with a winemaker from the tribe, will close its doors, Kenneth Kahn, tribal chairman for the Santa Ynez Band of Chumash Indians, said Tuesday. 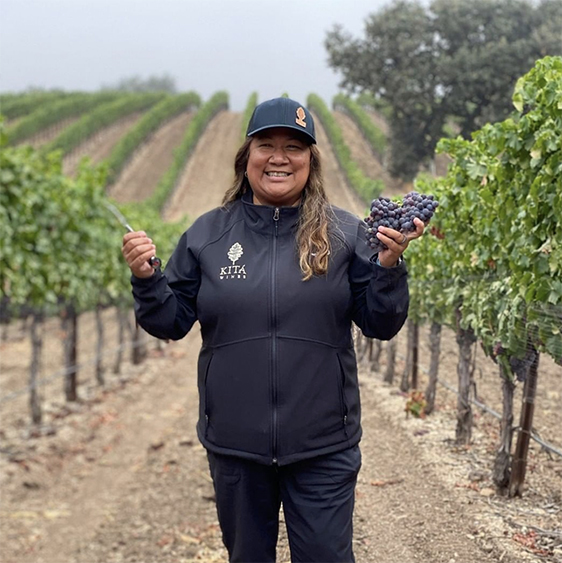 In 2010, the coastal Chumash tribe purchased 1,400 acres from the estate of Fess Parker with the intention of building housing that the reservation needed and a community hall. The land, which was once property the tribe had lived on for 9,000 years, according to its website, included the 256-acre Camp 4 Vineyard, on the eastern boundary of the Valley, at the entrance of Happy Canyon AVA, home to other vineyards. Camp 4 refers to the stage coach stop on the route from San Francisco to Yuma, Arizona. Kitá, in the Chumash language, Samala, means “Our Valley Oak.”

The tribe hired as winemaker the daughter of one of its elders, Tara Gomez, 48, who in 1998 was one of two women to earn enology degrees from the University of California, Fresno, and who had interned at Fess Parker Winery & Vineyard while a student followed by a fulltime job there after college, and later nine years at J. Lohr Vineyards & Wines. Before taking on the assignment, she also traveled to wine regions in Germany, France and Spain, learning how winemakers in those regions worked.

The tribe had funded her studies at UC-Fresno and her first releases in 2013 of the 2010 and 2011 vintages of Cabernet Sauvignon, Syrah and Grenache proved its trust well-placed as the wines won awards and garnered positive reviews. The sustainably farmed vineyard grows 19 types of grapes and Kitá produced 2,000 cases annually.

“The tribe, with a focus on diversifying our investment portfolio, has made the business decision to leave the wine industry at this time. Tara Gomez successfully produced award-winning wines while telling the story of our tribe to a new audience. We thank Tara for the years of dedication and hard work she poured into Kitá Wines, and we congratulate her on cementing her legacy as a top-flight Native American woman winemaker,” Kahn wrote in response to our query. “Thank you to all of you who enjoyed and supported Kitá Wines throughout the years.”