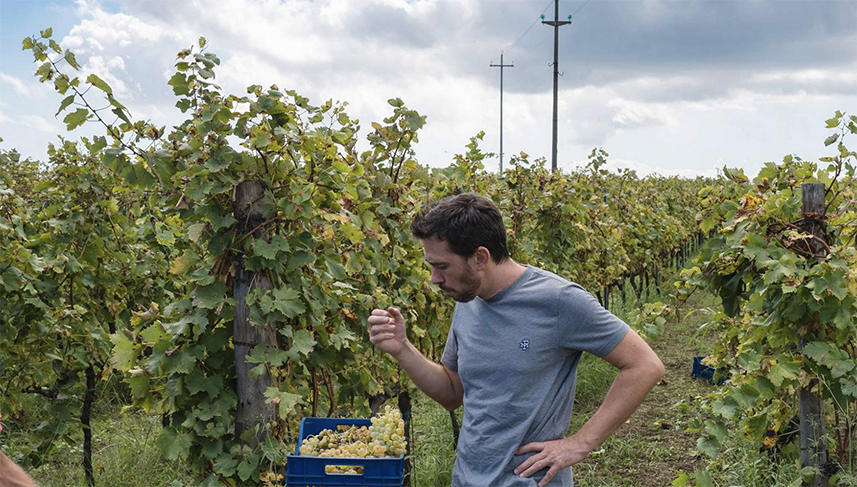 "In my experience, few wines demonstrate this notion of salinity as well as the whites in the Etna Bianco category, made largely or entirely from carricante grapes grown in the foothills of Mount Etna in Sicily. They are marked by a distinctive savory tang that the winemakers will tell you is blown in by the salty wind off the Mediterranean." Eric Asimov, New York Times

The Nicolosi Asmundo family has been living with the vine in Milo on the eastern slope of Etna for over 300 years. Records from the early 18th century show the Bishop of Catania gave the family the task to turn the fields of Etna from an “horrific and untamed place to a delicious garden.”  In 1727 the Emperor Charles VI of Augsburg, gave Don Carmelo Nicolosi the title of Baron of Villagrande. Over 100 years later in 1869 Paolo Nicolosi built the new cellar and was the first in the region to separate vinifying white and red grapes rather than the traditional process of blending and co-fermenting.  The family has been formally committed to organic farming practices since 1989.

The winery's 18 hectares are on the eastern slope of Etna that overlooks Taormina and the Ionian Sea at 700 meters above the sea level. The soils boast generous concentrations of iron and copper alongside potassium, phosphorus and magnesium. The soils and climate are the perfect terroir for the Carricante grape to reach its potential.

Grape Collective talks with Marco Nicolosi of Barone di Villagrande about the family's unique place in the evolution of the Etna wine region and the particular suitability of the terroir to producing elegant expressions of Etna Bianco. 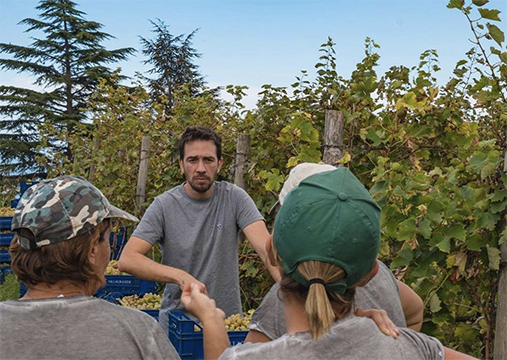 Can you fill us in on the history of your estate, Barone di Villagrande?
Our history is long and very important. Today I'm the 10th generation of wine producers on Etna. One of the oldest on Etna in Sicily. But our family continuously produced wine every year. Never one harvest was skipped. For me, it's a big responsibility. I feel the behavior of past generations, but I also know I'm lucky. I love this job and on Etna we very emotionally produce wine. And in this time we are also lucky because in every part in the world where the people taste wine they have awareness of Etna wine.

I think to produce Etna wine means to produce wine representative of the Etna area, the Etna conditions. But also to respect the varieties we have in Etna, unique varieties in the world. Carricante for white and Nerello for red. So I'm also the winemaker of the farm but I'm considered the wine assistant as my real job. Because it is not true to say we do nothing because we have a lot of jobs. We have many things to know for producing wine in the right way, but we don't add anything into the wine. We want wine representative of the area, the varieties, but also the different vintage. So year by year, the wine is very different and also for the white wine, we are in the Milo area.

So here it's possible to produce superior white wine. And for red, for example, we use chestnut barrels because we tasted many different types of wood and we tasted the American oak, French oak, cherry tree, and chestnut from Etna. All barrels work well, but in chestnut barrels, we verify the color of Nerello. Nerello has little color and not a stable color. So in the chestnut we stabilize the color very well, we have better stabilized color and also for me it adds real identity. So it is beautiful, traditional wood that we use in Etna, and it works better than other wood. And we continue to use it for this reason. So it works well and it is not recognizable like French oak, for example. So I'm interested in the identity of the wine. Etna is a place where wine has been produced for thousands of years. 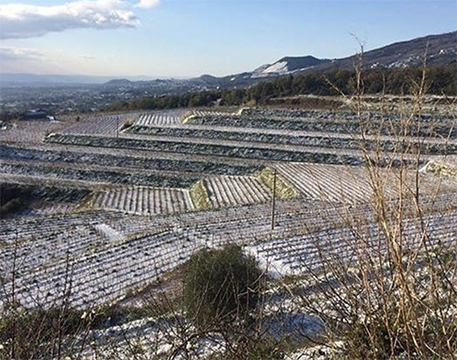 Yes, we are organic since 1989. We are certified in organic production. We do not put that on the label because I want our wine to be sold and consumed by Etna lovers. And our brand is Etna, but here it's possible to produce in an organic way. Some years we do just two treatments in the vineyard with pure copper sulphate, but with little quantity of intervention into the vineyard, depending of the year, but it is really simple to produce organically because here the grapes have been produced for a long, long time. It's an authentic place for wine production.

We are on the east side of the volcano. We receive every day, all day, a constant breeze. This is the rainiest part of the volcano, but the breeze helps us to grow the vines and the grapes because the breeze dries the humidity around the grapes after the rain. And this is very important. It's a cold area because from the top of the mountains the cold wind is sliding down, especially during the night. So we have a big excursion of temperature between day and night. In August, for example, during the day we have a temperature of 30, 34, 36, and in the night sometimes it goes down to 12, 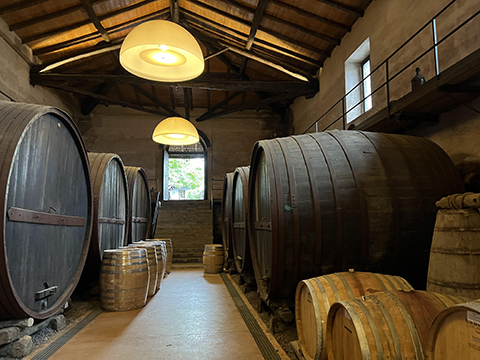 15, so a big excursion of temperature.  And in October, when we harvest the grapes, the temperature sometimes in the morning is close to zero. So cold, cold temperatures, and this is the perfect condition to naturally produce elegant wine, especially for the white.

You have sandy volcanic soil, talk a little bit about the soils you have here specifically.

The soil here in the Milo area is specific. The Etna volcano was created by an eruption so it is all volcanic soil. In Milo it is volcanic soil too. But the soil here was created by a big sliding down of the Valle Del Bove which is a huge valley. And many different levels of lava were mixed together with a lot of organic substances and up on this level in Valle Del Bove, I'm talking about 22,000 years ago, there was a lake. So in our soil there are the stones, they come from the river of the lake.