Step aside, breathalyzers. Scientists in Poland have invented a system that can detect how much you (and your passengers) have had to drink while your car is still moving on the road. Using "eye-safe" lasers and stand-off detection, "a chemical and biological compound identification method" according to International Business Times, police can read levels of intoxication even before you get pulled over.

Here's how it works: 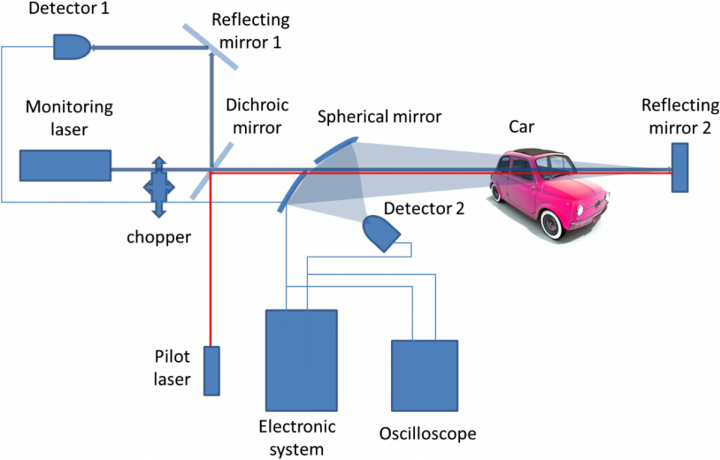 But perhaps you think you can beat the system? The researchers who created the device opined on this subject in a summary of their creation. "From the practical point of view, there seem to be some countermeasures, such as driving with windows open, solar screens on the side windows, etc, that can be applied by drivers to deceive the system." But if you think you're more clever than science, think again. "However, such situations are very easily detected by the system, which sends this information to the policeman indicating that the car should be checked."

Better yet, don't drink and drive or have a designated driver.