The Language of Wine 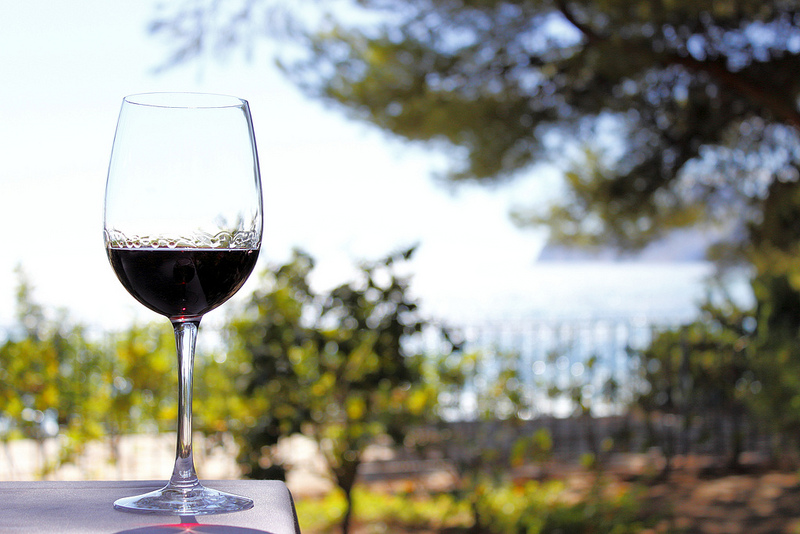 The world of wine has its own lingo. Former New York Times wine writer Frank J. Prial dubbed this language “winespeak.” How well do you know your wine jargon? Grape Collective fills you in on a few wine-related terms - some you’ve heard, some you haven’t.

A.O.C. - Abbreviation for Appellation d'Origine Contrôlée, (Appellation of Controlled Origin), as specified under French law. The AOC laws specify the geography from which a particular wine may originate and methods by which it may be made. The regulations are administered by the Institut National des Appellations d'Origine (INAO).

Acidification - Acidification is the process of increasing the acidity in a wine during winemaking. It is often seen in warmer winemaking regions and is used to compensate for grapes that have over-ripened.

Backward - An adjective often used to describe a young, unevolved, and undrinkable wine.

Battonage - An old winemaking technique where the wine is ripened, aged, and occasionally stirred on lees for months in order to produce a yeasty, creamy character. It is often used in France, especially when making Chardonnay and Muscat.

Baumé - A measure of the sugar concentration in the juice or wine.

Brettanomyces - A wine spoilage yeast that can grow in wine and produce several compounds that can alter the palate and bouquet. At low levels some winemakers agree that the presence of these compounds has a positive effect on wine. However it is generally associated with taints in wine often described as barnyard or band-aids.

Browning - Describes the changing color of red wine as it ages. It normally changes from a purplish ruby to a darker ruby to a ruby with a brownish tint. When a wine is browning it is normally fully mature and not likely to get any better.

Budburst - Refers to the period in springtime when dormant vines begin to produce its first new shoots. During this time the new buds are very susceptible to frost, which could potentially destroy the whole year’s production in the vineyard.

Carbonic maceration - A winemaking technique of fermenting whole grapes that have not been crushed.

Chaptalization - Named after its inventor Jean-Antione Chaptal, chaptalization is the process of adding sugar to crushed grapes during winemaking. This increases the alcoholic strength of a wine before fermentation takes place. It is commonly used in cooler winemaking regions and when grapes aren’t ripe enough.

Cloying - An adjective used when tasting wine that refers to an excessive sweetness which lingers on the palate after the wine is gone.

Dumb - A term used to describe a young wine with aromas and flavors not yet fully developed. The wine is called dumb, as it seems “unable to speak.”

Flabby - A word used to describe a wine that doesn't have enough acidity to balance the other characteristics. Buttery Chardonnays with rich tropical fruit flavors from warmer regions are most likely to show a flabby character.

Free-run juice - The juice that drains from the unpressed grapes when they are crushed is called free-run juice. It generally makes up about 2/3 of the total juice the grapes will yield and is typically better quality than what is later pressed out of the mush of the crushed grapes.

Jeroboam - Also known as a double magnum, a Jeraboam is a gigantic bottle that holds 4.5 liters in Bordeaux (about 6 standard bottles) or 3 liters in Champagne (the equivalent of 4 regular bottles). Many traditional wine bottle sizes are named for Biblical kings and historical figures.

Kabinett - A German term for a wine made from fully ripened grapes, normally picked early in the harvest. As the grapes are harvested early, these wines tend to be easy drinking and light in style with low alcohol.

Lees - Sediment consisting of dead yeast, grape seeds, and other solids that forms in wine during and after the fermentation process.

Plonk - British English slang for an inexpensive bottle of wine. The term is thought to originate from the French word for white wine, "blanc.”

Ullage - Sometimes called headspace, ullage is the term given to the gap between the surface of the wine and the top of the bottle or barrel. Older wine bottles typically have a bit more space, or ullage, than younger wines as more of the wine has seeped out and evaporated with time.

Zymology - The science of fermentation. Zymology focuses on the biochemical processes involved in fermentation, with yeast and bacteria selection and physiology, and with the practical issues of fermentation, including brewing and winemaking.