A Snapshot of Saint-Joseph 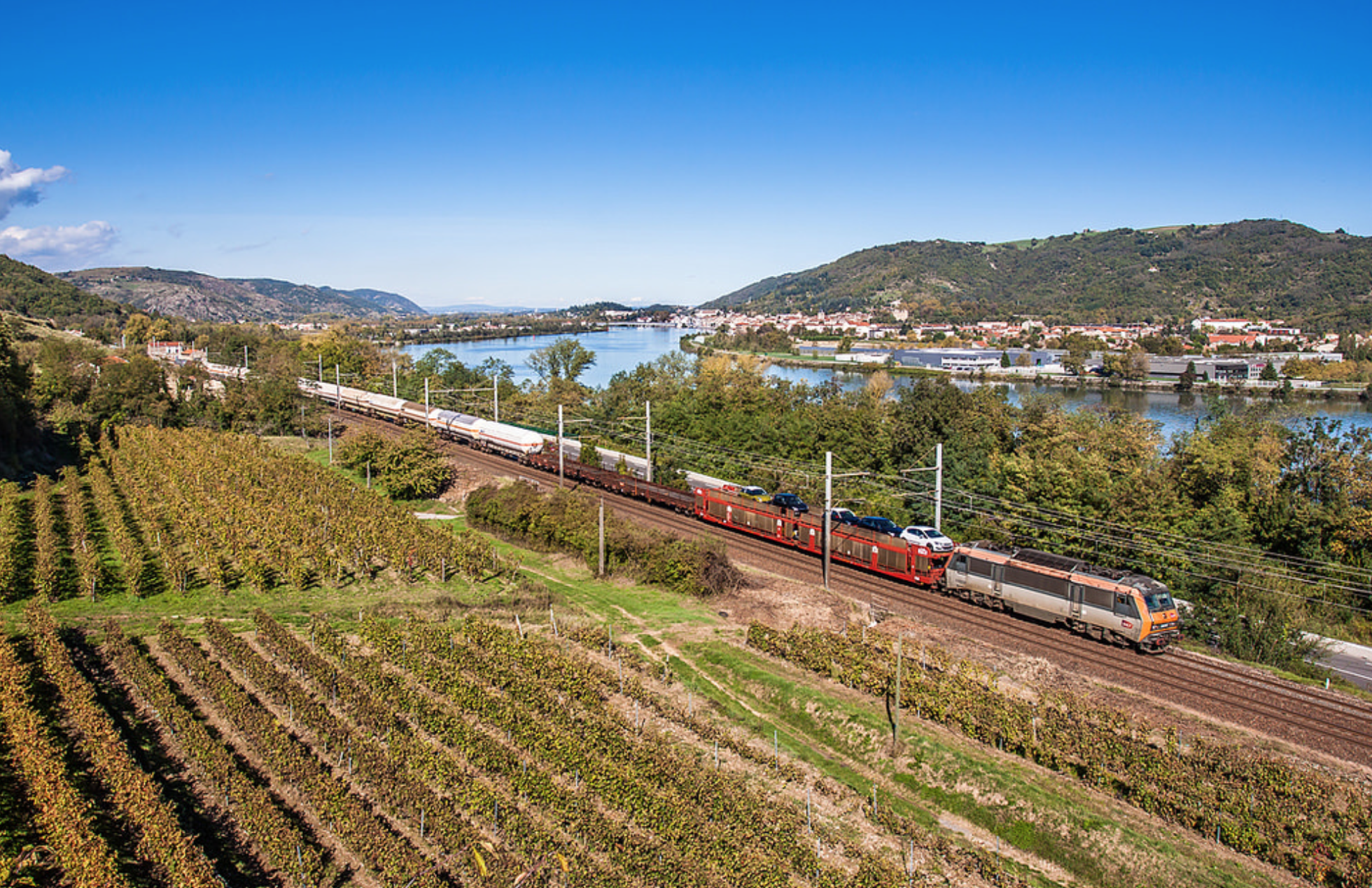 The vineyards of Saint-Joseph are situated on the right-bank of the Rhône River, positioned on steep hillsides that were carved in terraces in ancient times. 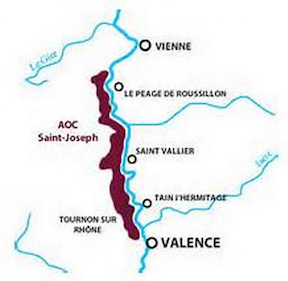 This positioning is a key factor in regards to drainage and sun exposure. The prime area of Saint-Joseph is located in the south near the villages of Mauves and Tournon, and is home to vineyards considered the finest of the appellation. Vines in this part of the region can be over 100 years old.

The climate of Saint-Joseph is generally characterized as continental, featuring wet winters defined by the cold mistral winds that can last into the spring. The main component of the AOC’s soil is granite, but other soil types are found as well. The northern part of the region is made up of soft gneiss and granites, while the southernmost portion near Touron is composed of marl and complex, thin, acidic granite.

Saint-Joseph is regarded for its red wines made using Syrah grapes (pictured at right), and these are characterized by their strong flavor, with notes of black fruit, pepper, spice, and licorice. Much like the rest of the northern Rhône region, Syrah is the only red grape variety permitted in the appellation. As per AOC restrictions, the addition of up to 10% of white varietals Marsanne or Roussanne is permitted. White wines can be produced from any amount of Marsanne or Roussanne grapes, and are typically known for their freshness and subtle fruit and floral notes. The wines of Saint-Joseph are great for everyday drinking, and can be consumed young and without long-term aging.

Often compared to the wines of the highly regarded Hermitage, those of Saint-Joseph are similar but with less intense flavors and complexity. In addition, although the wines of Saint-Joseph are not inexpensive, they are much more affordable than those of Hermitage. Each year the vineyards of the Saint-Joseph produce over 600,000 cases of wine, of which the majority is red. Some of the region’s most significant producers include E. Guigal, Maison Chapoutier, Domaine Jean-Louis Chave, Domaine Coursodon, Domaine Yves Cuilleron, and Delas Frères.