Are Supertasters Getting More Out Of Wine Than You Are? 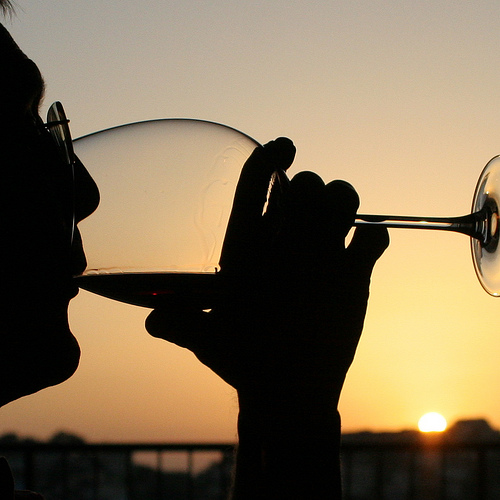 “This wine has an inky, ruby/purple color, notes of cassis, blueberry, blackberry fruit, incense and camphor.”

The sentence above isn’t an unusual snippet of notes from a wine tasting. These particular words come from Robert Parker, Jr., one of the wine world’s most renowned, if not most controversial, voice on wine. The Parker point system has had wine makers running left and right for years trying to please the 100-point scale.

But cassis, incense and camphor? These aren’t terms readily available for the average wine drinker. Is Parker tasting something the rest of us aren’t? In other words, does Parker notice notes of camphor (a crystalline substance with aromatic smell and bitter taste that is found in essential oils) because he is a supertaster and getting more out of wine than the rest of us, or is it all wine snob lingo?

Parker himself was quick to align himself with the supertaster group when he stated: “I don’t care for even mildly spicy or seasoned food.” People with epicurean inclinations might recognize that disliking bitter and spicy flavors is the sign of a supertaster. To fully understand if supertasters are getting more out of their wine, however, it is important to understand exactly what a supertaster is.

The term “supertaster” was coined in 1991 by current professor at University of Florida’s Center for Smell and Taste, Linda Bartoshuk, while she was working at Yale. Bartoshuk found that certain people reacted differently to the distinct bitter tastes of the chemical propylthioracil, or PROP. Some people found the taste acutely unbearable, while others hardly had a reaction at all. The former group was dubbed supertaster, while the latter was dubbed nontaster, and the people who tasted the bitterness, but didn’t have either extreme, were the average tasters.

Further testing showed more differences between super and non tasters. The density of fungiform papillae on a person’s tongue were added to the equation. Sensitivity had to be taken into consideration as well, and differences in more tastes than just bitter were found.

“Supertasters are more sensitive to the burn from ethanol, the sweetness of sugar, the burn of chili peppers and the astringency of red wine,” John Hayes, professor of food science at Penn State, said in an interview with Live Science. Carbon dioxide bubbles are also more intense, and fat tastes creamier.

This all makes sense when speaking in terms of evolution. Figuring out which plants were safe to eat was a matter of life and death in the world of the hunter-gatherer, and people who had more sensitivity to bitter tastes had a better chance of avoiding dying from poisonous and bitter plants. When it comes to settled environments, however, average and nontasters are open to trying and consuming more foods than their supertaster companions.

Unsettled hunter-gatherer lifestyle doesn’t define the wine world. The three type of tasters, however, do. The nontaster group will lean toward the spiciest, richest and boldest flavored wines, and disregard any bitter or tannic elements.

The average taster group notices bitterness and astringency, but the tastes aren’t unbearable.

For the final group with the superhero name, the title shouldn’t be as coveted as it first seems. Intense salty, sweet, sour, oily and bitter flavors can all be distinguished in a wine. Worst of all is the bitterness. Supertasters generally prefer delicate and smooth wines, and they can pick up on nuances that many others miss. Yes, even nuances like camphor.

These discrepancies can make life difficult for someone like a wine merchant or sommelier whose job it is to pick the perfect wine for an individual. Jay Youmans, Master of Wine and educational director and owner of the Capital Wine School in Washington D.C., uses a quick question to weasel out the supertasters and nontasters he serves. Youmans uses a question nearly all Americans who thrive off a daily cup of coffee (so basically all Americans) are familiar with: black, cream or cream and sugar in your coffee?

This simple question can help narrow down which type of red wine people will enjoy. People who drink their coffee black are generally in the range of nontasters. Therefore a tannin-rich, single-variety Cab or Malbec would be in order. For those who load cream and sugar in their coffee, a blend of lighter reds from a region like Burgundy might be better.

Narrowing down the tasting ability of the top wine critics is as easy as looking at which wines they suggest. Those high tannin, high alcohol and high acidity wines may not be for you, but they are top class for certain critics. The same is true for the opposite.

Hayes and Gary Pickering, professor of oenology at Brock University in Ontario, went a step further and took the test straight to the wine experts. They tested how experts reacted to the bitterness perception test, and their results showed that a higher percentage of wine experts were supertasters and average tasters than the general population. But don’t simplify this with the idea that they are getting more out of the same wine.

“I would speculate that supertasters probably enjoy wine less than the rest of us,” Pickering said in the book The Science of Wine by Jamie Goode. “They experience astringency, acidity, bitterness and heat (from alcohol) more intensely, and this combination may make wine – or some wine styles – relatively unappealing.”

In the end, wine is all a matter of personal taste.

Curiosity can still get the best of people though. Here’s an easy way to test if you are a supertaster or not

Arm yourself with a cotton swab, blue food coloring and a piece of binder paper. Dab the food coloring onto the tip of your tongue, and then put one of the binder holes on the tip. Count the pink bumps (the papillae). Less than 15 is nontaster, 15 to 30 is average and more than 30 is in the realm of the supertaster.