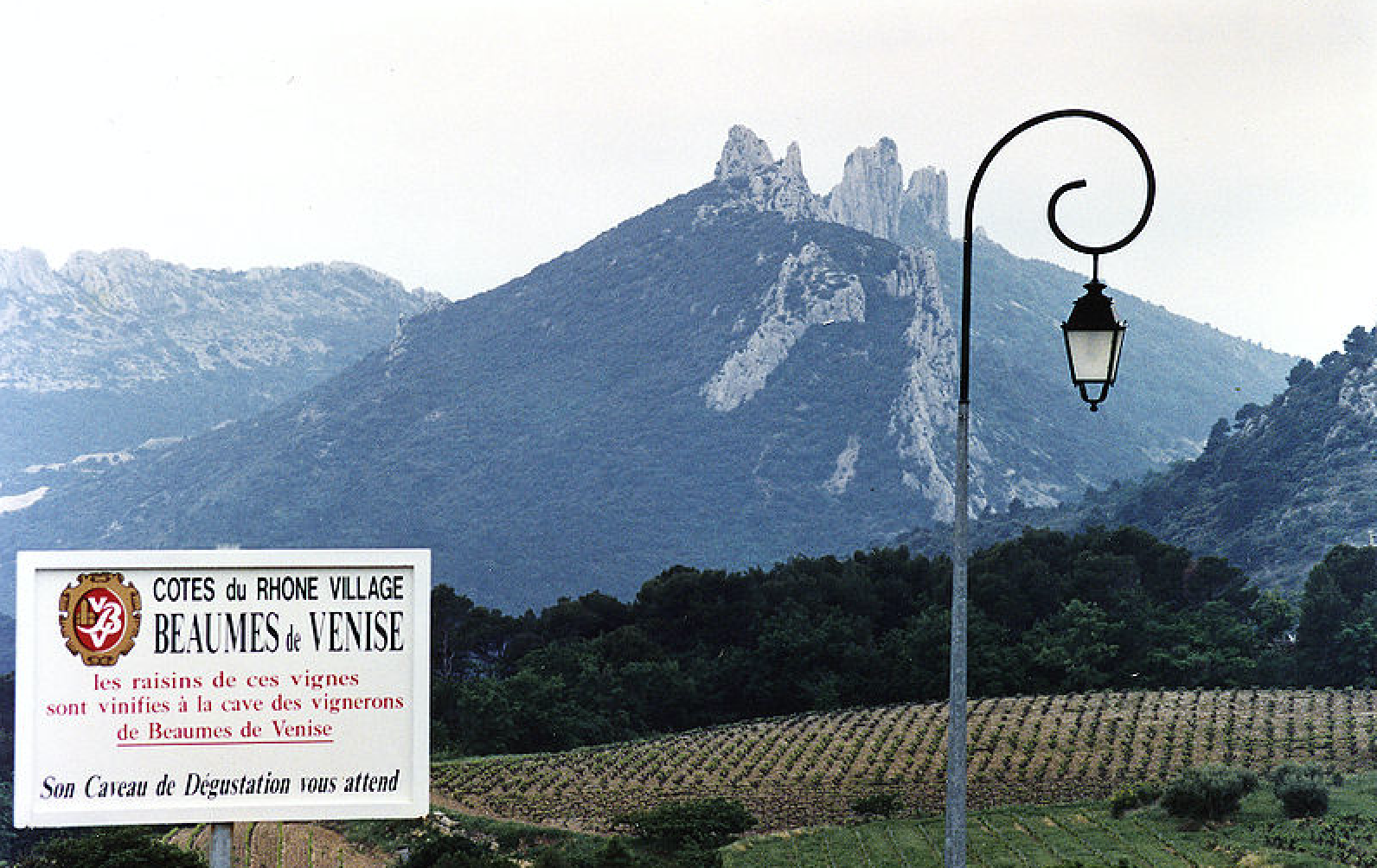 Beaumes-de-Venise is a wine producing village located in the eastern central region of the southern half of France’s Rhône Valley, next to Vacqueyras and the highly respected Gigondas. In October of 2005, the village was upgraded to AOC status, and was specifically designated for the production of good-quality red wines from the parish of Beaumes-de-Venise. In addition to Beaumes-de-Venise, vineyards in the nearby villages of Lafare, La Roque-Alric, and Suzette are also included in the AOC. Although over the last 20 years Beaumes-de-Venise has been gaining popularity for its reds, the village is more widely known for its sweet, fortified Muscat wines, Muscat de Beaumes-de-Venise. 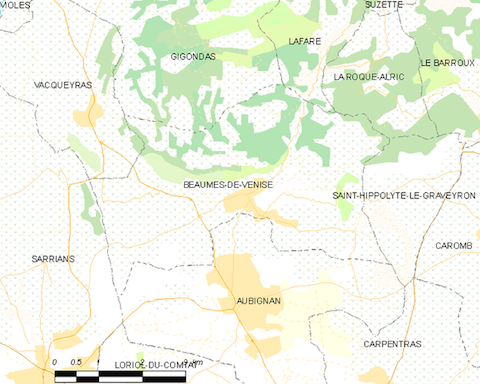 The climate in the region is Mediterranean, featuring hot, dry summers with loads of sunshine. The premier vineyards are situated on the southern and southeastern slopes of the Dentelles de Montmirail, a ridge of rugged Jurassic limestone which reaches over 2000 feet. The mountain ridge features near-vertical peaks of exposed limestone, and the vines grown here benefit from fantastic exposure to sunlight in the early part of the day, but are protected from the higher temperatures of late afternoon. Three different soil types can be found in Beaumes-de-Venise, including Triassic Earth, Cretaceous White Earth, and Grey Jurassic Earth.

The primary grape varieties cultivated in the Beaumes-de-Venise AOC include Grenache, which makes up about 50% of all planted vines, and Syrah, comprising 25% to 50% of vines planted. Grenache noir boasts ample phenolic compounds, and is characterized by notes of summer fruit, licorice, and spice. Syrah offers color, aroma, and a long finish. Other varieties found in the appellation include Mourvèdre, Consult, Carignan, Counoise, as well as some white varieties.

The typical Beaumes-de-Venise wine is a ripe, fruit-forward, medium body red with a somewhat high alcohol content, and features aromas of raspberry, blackcurrant, leather, and spice. Under the production laws of the AOC, Grenache must make up at least 50% of any wine, with Syrah comprising between 25% and 50% of the rest. Other regional varieties are permitted, as long as they do not exceed 25% of the blend.