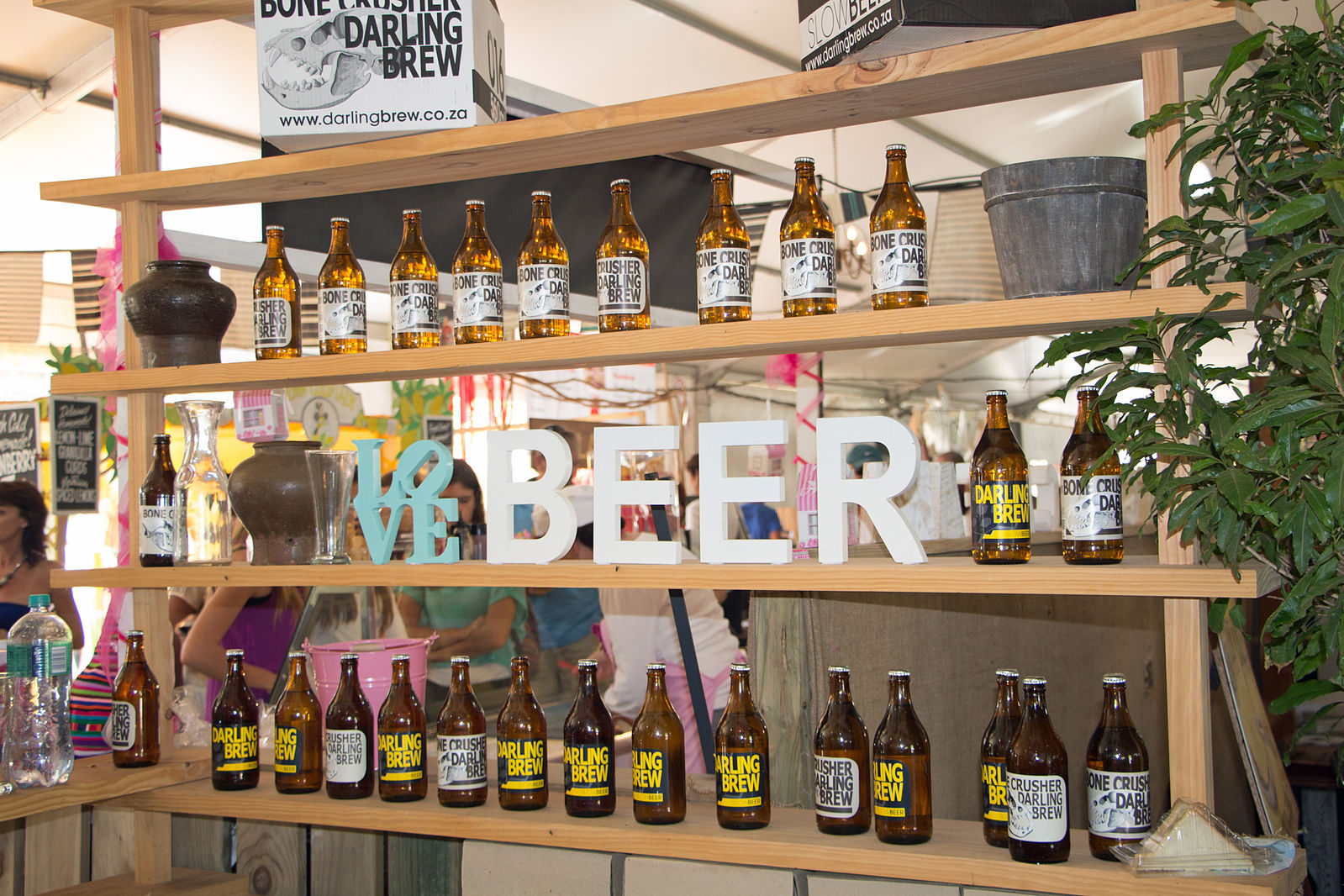 About 50 million cases of beer were purchased on Super Bowl Sunday. It's no wonder Anheuser-Busch, America's largest brewer, purchased three and a half minutes of ad time during the big game.

Two of the beer company's commercials were widely praised. Bud Light's spot made virtually every viewer hope for an epic evening in a life-sized Pac-Man maze. Budweiser's tale of a lost puppy finding his way home melted millions of hearts. But Anheuser-Busch's third commercial, which mocked craft beer and the people who enjoy it, left a bitter taste in the mouths of many football fans.

"Proudly a macro beer, [Budweiser is] not brewed to be fussed over," the spot began. "It's brewed for drinking. Not dissecting. The people who drink our beer are people who like drinking beer . . . Let them sip their pumpkin peach ale. We'll be brewing us some golden suds."

In this narrative, craft beer drinkers are fussy hipsters who dine on Brussels sprouts and chicken liver mousse at cerebral, trendy restaurants. Budweiser fans, by contrast, are blue-blooded men who drive trucks and hang out at packed bars -- and don't give much thought to what they drink.

The motivation for this commercial, aimed at making Budweiser synonymous with manliness? Fear. Americans have been abandoning Budweiser for more than 25 years. While the company sold nearly 50 million barrels of its iconic beer in 1988, it sold just 16 million in 2013. Many Americans have moved to light beer, but Budweiser is most worried about the rise of craft beer, especially among 20-somethings.

Among 21- to 27-year-old drinkers, more than four in 10 say they've never even tried Budweiser. In this demographic, craft beer makes up 15 percent of beer purchases, compared with 10 percent for older generations. This trend is accelerating. That's great news for craft brewers, obviously, but it's also a positive development for small wine producers.

Consider a recent report from the Beverage Information Group, which looked at American drinking habits from 2001 to 2011. Researchers spotted two big developments. Consumers are abandoning juice and soft drinks in favor of healthier alternatives like bottled water. Plus, consumers are replacing mass-produced beer with craft beer, wine, and small-batch spirits.

Sure, Budweiser's core drinkers might never take an interest in craft beer. And consumers who purchase Barefoot Bubbly might never care about authentic wine. But fewer and fewer Americans are willing drink without thinking, despite Budweiser's best efforts.

This shift seems obvious when one looks at food. Every young consumer is a "foodie" these days -- and few foodies are interested in mass-market dining options. For those born between 1980 and 2000 -- the millennial generation -- farm-to-table restaurants and designer salad shops have replaced chain steakhouses and fast-food burger joints.

Just as the clothing you wear and the politicians you vote for say something about who you are, so does what you eat and drink. No foodie wants to tell the world about a new McDonald's. But a hole-in-the-wall Thai restaurant with authentic cuisine? Absolutely. No drinks enthusiast wants to tout the virtues of Budweiser or Cupcake Chardonnay. But a local craft brewer? Or a young, natural winemaker from the Loire Valley? Of course.

Many wine producers haven't yet benefitted from this trend, but that's explained almost entirely by economics. Consumers can pick up a mixed six-pack of exciting craft beer for less than a single bottle of fine wine. In the not-too-distant future, America's 75 million millennials will hold the vast majority of the nation's wealth and be at the center of luxury goods sales. They'll drink more critically than their parents, replacing soulless, huge producers with craft brewers and small wineries.

On Super Bowl Sunday, many Seahawks fans stocked their refrigerators with offerings from Washington's 201 craft breweries. Many Patriots fans filled their ice buckets with beers from Massachusetts' 57 breweries. Many oenophiles skipped beer entirely, instead opening a variety of small-production wines. Americans are beginning to fuss over all their booze. Like the Patriots' victory, that's worth celebrating.