The Romanticism of Old Wine 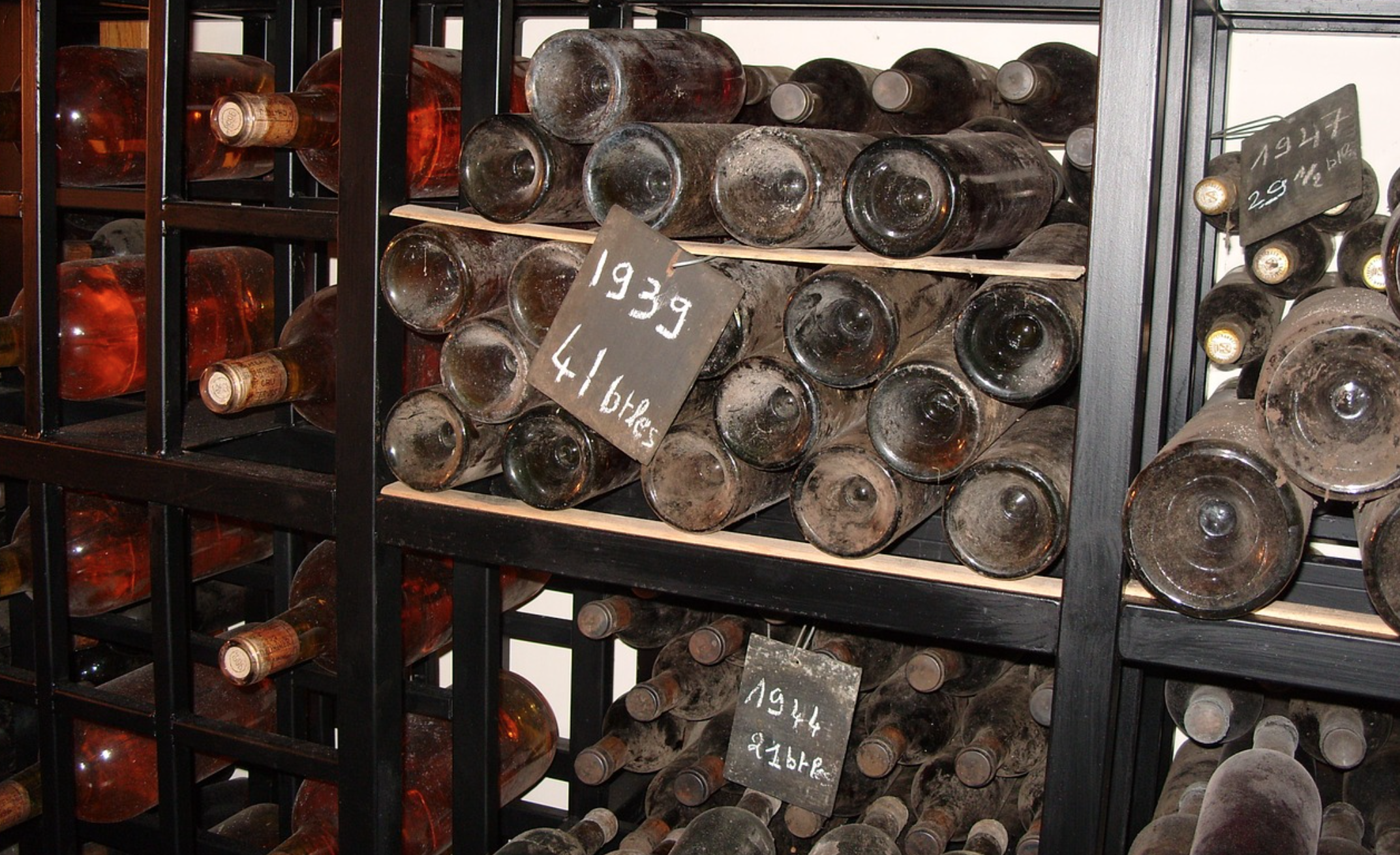 When I arrived to dinner with a bottle Bordeaux from 1924, I was optimistic that my contribution would be the wine of the night. Some friends and I had taken over Chez Le Commis, an underground supper club in Washington, D.C., with a plan to open old Bordeaux.

My bottle hailed from Château Desmirail, a Margaux estate that was classified as a Third Growth in Bordeaux's 1855 classification. While I knew that all the wines would be impressive -- our table included a 1968 Lafite, a 1975 Latour, a 1979 Palmer, a 1981 Cheval Blanc, and plenty more -- I couldn’t imagine that anyone would have a bottle as old as mine. It was in excellent condition, too, so I hoped my bottle would also be the most delicious.

I was wrong on both counts.

The wine was toast. The color had somehow dropped, so it looked more like dirty pond water than wine. It smelled -- and tasted -- like weak, caramel-flavored vinegar.

Then one attendee pulled a bottle of 1919 Château d'Issan. He had recently picked it up at auction in a mixed case of old wine -- and kept it hidden away for the first part of the evening. With the first whiff, everyone went silent. With the first taste, every jaw dropped. We simultaneously and immediately recognized the potential of old wine.

For starters, the wine was still vibrant. It was packed with savory, dark fruit and backed by roasted nuts, eucalyptus, and cedar. As we searched for descriptors, the conversation turned toward those who made the wine. The Treaty of Versailles was signed in 1919, officially ending World War I. So the wine was made while cleaning up from the wreckage of the first global war and hoping for a brighter future.

Aging wine has an ancient history. In Greece’s earliest days, straw wines -- those made from grapes that have been dried -- were noted for their ability to age. In the Book of Luke, which was drafted in the middle of the first century, Christians learn that old wine is superior: “No man also having drunk old wine straightway desireth new: for he saith, The old is better.”

Appreciation for aged wine almost certainly vanished after fall of the Roman Empire, mainly because most wines at the time came from northern Europe, where they were light in body, alcohol, and sugar, and thus unable to age well.

That began to change in the 16th century as sweet, alcoholic wines from the Mediterranean gained attention for their ability to keep. By the 18th century, aged wines were appreciated across Europe. For one thing, fortified wines like Port, Madeira, and Sherry – which were packed with alcohol and sugar, perfect preservatives -- became popular. Just as important, though, was the cork. Thanks to this invention, wine merchants -- and even some producers -- were able to bottle wines in airtight vessels that could easily be stored.

When wine is kept in a cool, dark place -- envision an 18th-century cellar or a modern, 55-degree storage unit -- it develops slowly and predictably, hopefully becoming more complex and interesting. Through the cork, oxygen slowly enters and exits the bottle. Tannins -- those chalky, drying molecules that come from stems, seeds, and skins -- slowly soften and become better integrated. The exact chemical interactions that take place still aren’t completely understood by scientists. But over time, fresh, ripe aromas and flavors will fade as tertiary characteristics like earth, leather, and perfume emerge.

Not all wines improve with age, of course. Even with proper storage, many wines simply aren’t built to last. Just as the best young wines are balanced, those best able to age are free of overpowering alcohol, acid, and oak, without a single component dominating in a heavy handed way. Without proper storage, a wine will typically age more quickly and develop off flavors and aromas.

Think about antique cars. If properly maintained, a Porsche 911 from the 1960s would offer a charming and beautiful driving experience. A 2016 Toyota Camry wouldn’t be the same, even though it has plenty more bells and whistles and a much more sophisticated engine.

Wine, too, can offer a window to other times and places. Consider that 1919 Château d'Issan. It brought my friends and I back to an era long before we were born.

Wines can also help recreate special experiences. Those who stock up on bottles while traveling recognize that each bottle opened at home offers a quick visit back to their getaway. Those who toast their spouses with wines from the year they married recognize that opening wine is like opening a time capsule.

Romantic? Sure, but wine exists to nourish the romantic in us all.

The Science of Aging

Every bottle of wine contains hundreds of chemical compounds. Most of the aromas and flavors that define a wine come from the interaction of these compounds.

Those interactions take place thanks largely to esters, which are created when alcohol reacts with acids, and tannins, those polyphenolic compounds that make young reds so astringent. Oxygen also plays an important role in changing a wine as time goes on.

Esters provide the foundation for a wine's dominant fruity aromas. But esterification is unstable. So over time, the reaction of alcohol with acids can transform a wine dramatically.

Oxygen, which enters through cork, mellows a wine's aromas over time.

The interaction of other compounds matters too, of course. Pyrazines lend herbaceous aromas like green peppers while terpenes lend floral aromas like roses. Volatile acidity, which is caused by bacteria, can add complexity at low doses. But at high doses, it smells like nail polish remover. Similarly, brettanomyces -- a difficult-to-control yeast strain -- can add complexity in low doses. But at high doses, it can make a wine smell like a soiled diaper.

Every bottle of wine ages differently over time. That's why it's so important to keep a cellar.

David White is a contributor to Grape Collective and the founder and editor of Terroirist.com, one of the world's most popular wine blogs. His first book, But First, Champagne: A Modern Guide to the World’s Favorite Wine, will be published in October.