Does playing classical music to vines make for better wine? 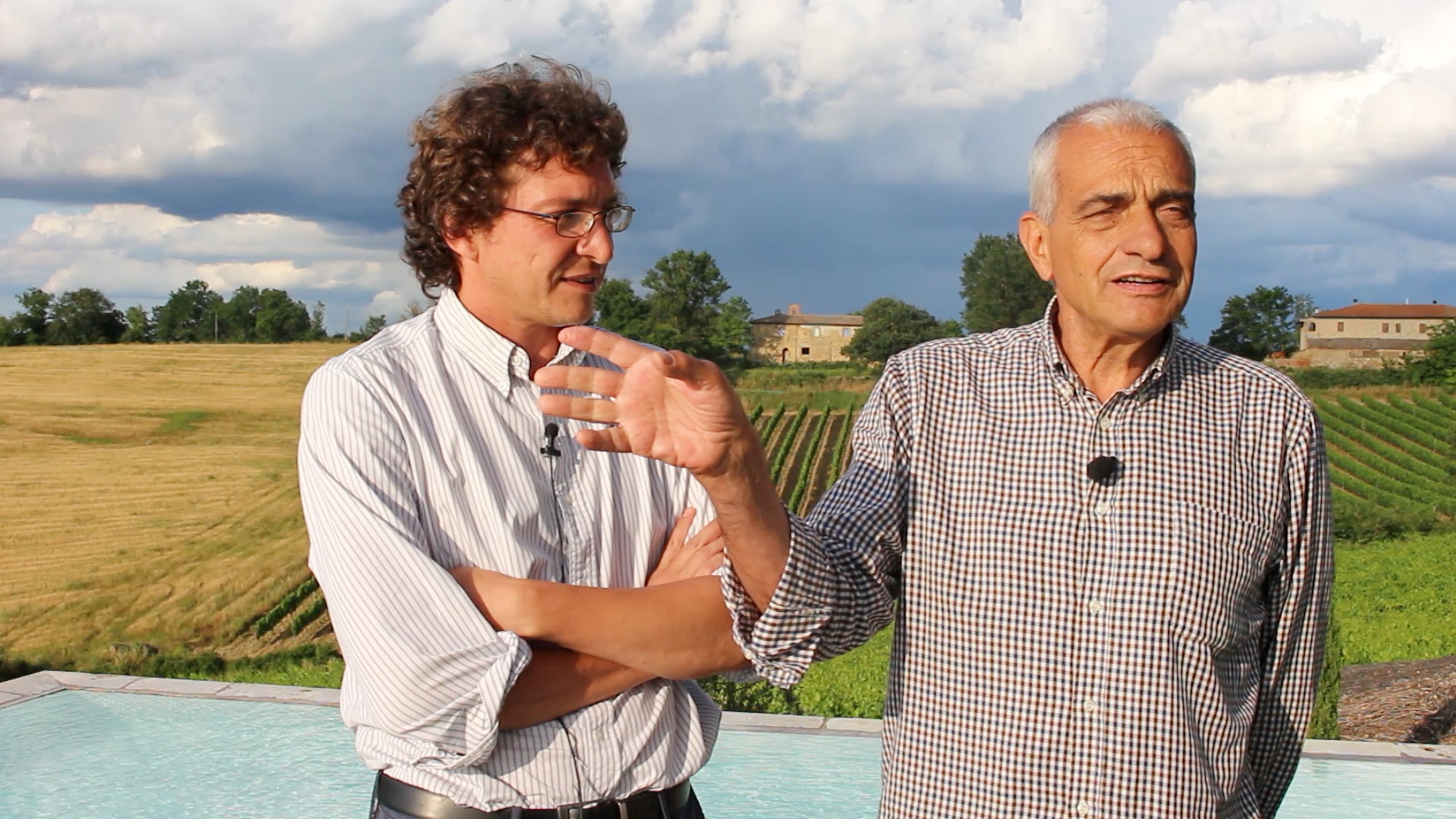 In the distance, the green hills of Montalcino loll under a Tuscan sky. In the foreground, twelve loudspeakers blast Mozart directly at the vineyard. All day. Every day.

The experiment is the brainchild of Giancarlo Cignozzi, a tall, thin man with short greying hair, elegant yet always in motion. He has a wild, restless energy about him, and although he’s probably told the story about how he came to play Mozart to his Sangiovese vines hundreds of times, there’s nothing canned about it.

I had come to visit him and his son on the recommendation of wine writer Monty Waldin. Cignozzi’s estate, Paradiso di Frassina, has a few guest rooms to rent, and I found it a convenient place to hang my hat for a few days while working in Montalcino. Although the accommodations are simple and the Wi-Fi is only available in the office, it’s one of the most majestic places I’ve ever visited.

Cignozzi himself fits the mold of a passionate artist more than a maker of high priced Brunello di Montalcino wines. And while it would be easy to see the Mozart experiment as a marketing gimmick, his enthusiasm is genuine and infectious.

In 1999, Cignozzi was working as a lawyer in Milan when he came across a crumbling estate for sale just south of the town of Montalcino. Beyond the ruined house and farm buildings were vines in disrepair, and while it was a humble place, it was situated next to some of the top Brunello wineries, with their impressive architecture and wines that grab high point scores. Cignozzi fell in love with it, and decided to make it his home and his life.

Cignozzi committed to farming the vineyards organically so that he could ensure the best, most natural conditions for making great wine. But Cignozzi is also a trained musician, and was inspired to combine his old passion with his new one: He’d play music to the plants, creating a sort of phono-biological vineyard.

“I was reading Chinese authors and scientists who studied the topic, as well as some amazing American publications from the sixties about the secret life of vegetation,” Cignozzi recalls. “I thought putting music alongside the vegetation would certainly not hurt and might bring some pleasure, and that we would eventually observe some positive scientific effect.”

It’s a singular romantic vision for producing better wine, yet for Cignozzi this is not only an aesthetic journey, but also an analytical one. The universities of Pisa and Florence have been conducting studies on his vines to assess how the vibrations from the music affect both the plants and the other organisms around them.

Professor Stefano Mancuso, a plant neurobiologist from the University of Florence, has studied the Mozart vineyard and seen an impact.

“It is not that the grapes are capable of understanding the music and appreciating Mozart,” says Professor Mancuso. “But they are capable of appreciating the sound vibrations and the frequencies.” The vines are affected by low frequencies between 100 and 400 Hz, he says. “The results are somewhat impressive with regard to the quality of the grapes. The most fundamental result is that the number of pathogenic attacks from insects have declined in a significant way.”

“The music is like a bomb to the little pests!” exclaims Cignozzi. “And they pretty quickly decide to inhabit the neighbors’ vineyards.”

Amar Bose, the late chairman of audio equipment manufacturer Bose Corporation, saw a segment about the winery on television and donated eighty loudspeakers, taking Cignozzi’s experiment to a grand scale.

Appelbaum is an authority on classical music and has studied its positive effects on natural life forms, including babies in utero and the production of vegetables and cow’s milk. “He decided to introduce the concept to the growing of grapes, as well as the vinification and wine maturation processes,” recounts DeMorgenzon’s winemaker, Carl van der Merwe. The winery has arrayed powerful outdoor speakers around the vineyard, whose landform creates a kind of natural amphitheater that helps the sound reach all of the vines.

“We have noticed more regulated growth patterns and a later budding date in the block exposed directly to the music,” says van der Merwe. Grapes there ripen two-and-a-half weeks later and produce wine at lower alcohol—12.8% versus 14%. 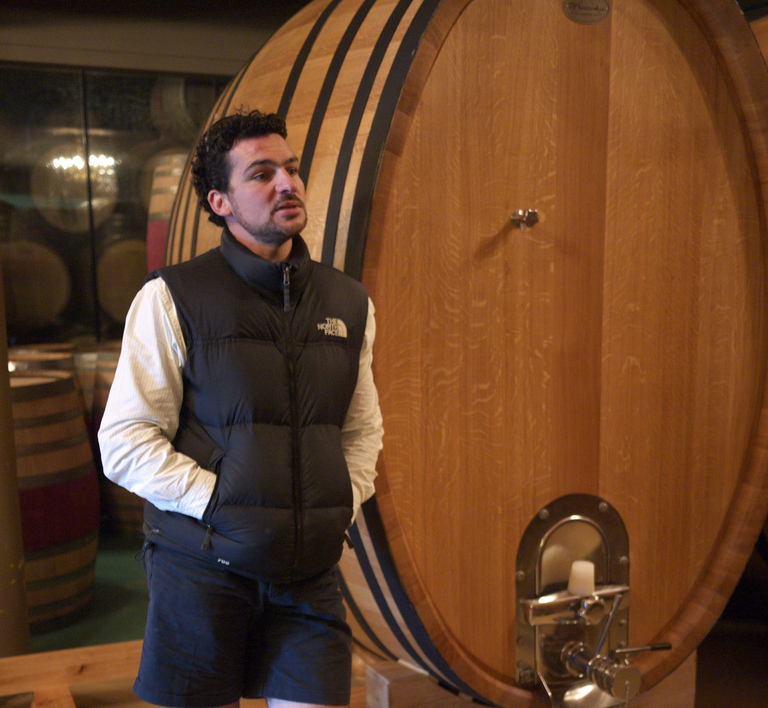 Although the scientific investigation has been limited to date, Cignozzi and the team at DeMorgonzen can point to a handful of research papers about the effects of sound energy on plant growth; another side benefit appears to be the ability to significantly reduce the amount of sulfur used in the winemaking.

But to me the bottom line is—how does the wine taste?

Let me put it this way. You start the day waking to the transcendent sound of Mozart, then lounging on the deck overlooking the vineyards while drinking a morning coffee. You close the day in the serenity of the evening sitting on that same porch sipping a glass of Carlo’s enchanting wine. You feel you’re sharing in his special vision, literally tasting a little bit of Paradiso.

And the Brunello he makes? It sings.

Watch a video interview with Carlo Cignozzi (you’ll see him playing an accordion) on the Discovery Channel or see him featured on CNN.

A video telling the story on DeMorgonzen and its history with music.

For more music and wine, watch a video of a street performer playing Mozart on wine bottles in Copenhagen, or this video of Mozart played with wine glasses.

Visit Paradiso di Frassina, and book a stay in one of their guest rooms.