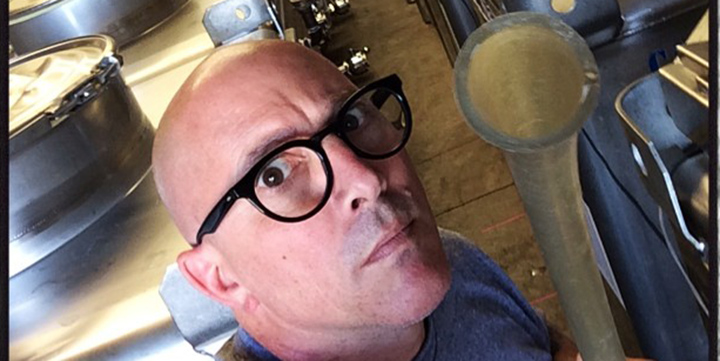 Flashback To The '90s

Hard to believe that to some, the '90s are already considered retro, vintage, and/or insert whatever nostalgic reference you like. And a lot of the contributing buzz that is attached to that era will no doubt center on, what else, but grunge music and its alternative rock spin-offs. As you might expect, the soundtrack to this B-side movie for the period when MTV's 120 Minutes ruled the cable waves was filled with the usual suspects/angsty players: Nirvana, The Pixies, Jane's Addiction, and well, basically, any band that had a Marshall stack on stage and used a battery of distortion pedals. And one of those bands that was a huge part of this time was Tool. Fronted by an intimidating but engaging man-creature by the name of Maynard James Keenan, or simply to his legions of fans, MJK, little did anyone know that soon after, as the '90s came to a close, Maynard the Rock Star would soon embark on transforming himself into Maynard the Winemaker. Which brings me to his Caduceus Cellars (named after caduceus, the ancient symbol for commerce and staff of the Greek god Hermes), and Merkin Vineyards (yes, that merkin—named after a pubic wig), which are both born and bottled in, of all places, Arizona. What, you say, a musician producing wine in the Southwestern United States?! That can't be. Well, yes, it is true. And not only that, but these wines are actually quite fantastic, so I think it just might be worth it to sit down with a glass and take a closer peek at the liner notes... 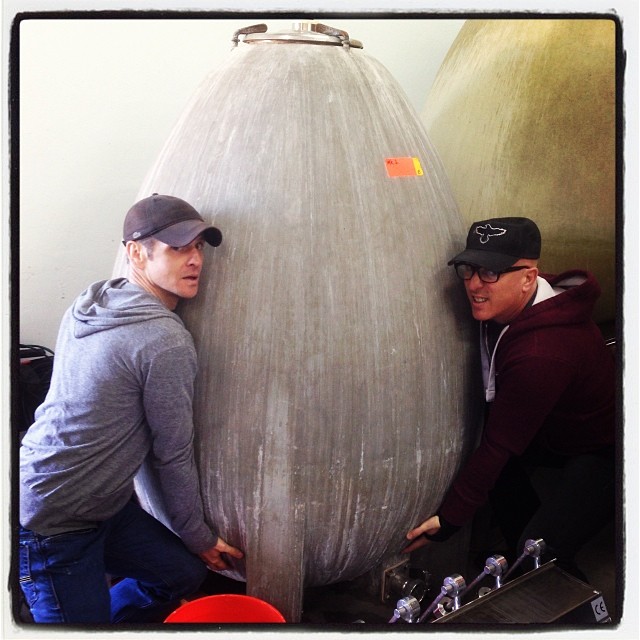 Did you know that wine production in Arizona began way back in the 16th century? Yup. It occurred when grape-loving missionary Spanish Jesuit priests first planted grapevines to make wine for Christian religious ceremonies. And unlike most vineyards in Arizona, which are located in the southeastern portion of the state near Tucson, which incidentally, also serves as the location of Arizona's only designated American Viticultural Area, the Sonoita AVA, Caduceus Cellars and Merkin Vineyards are based in the unincorporated area of Page Springs/Cornville, Arizona, southwest of Keenan's place of residence, as well as the cellar where wine tasting is available in Jerome.

As the story goes, it all began over a dinner and bottle with close friends (rumor has it that one of those friends was another '90s icon and staple of MTV by the name of Tori Amos, but hey, you didn't hear it from me), when Maynard suddenly had the idea of going into the business of grape. And in a way, it was not altogether surprising or completely out of the left-terroir-field, since in a bit of kismet, winemaking was a vocation that was also in his family history, as his great-grandfather was a winemaker in Northern Italy.

Teaming up with then partner, Eric Glomski, Caduceus was born in 2004. The limited edition Primer Paso was the first bottle born, a blend of Syrah, Malvasia Bianca and Muscat, and rapidly sold out. Other early offerings included Nagual de la Naga (Cabernet, Merlot, Sangiovese) and Nagual del Sensei (Cabernet Sauvignon and Syrah).

Some additional notables on the roster include Merkin Vineyards Chupacabra (Grenache, Syrah, Mourvèdre), Merkin Vineyards Shinola (Sangiovese, Montepulciano, Dolcetto, Refosco, Primitivo), Nagual de Judith (a 100% Arizona Cabernet named after MJK's mom, who passed in 2003—afterwards, he was reported to have scattered her ashes over one of his vineyards), and Sancha (100% Arizona Tempranillo).

Chalky. Riverbed. Sediment. Say it 10 times fast. Now drink. These are the main elements that make up the terroir where Caduceus wines are bred. Add in some of that Arizona sun, and that never ending desert sky, plus a smidgen of dry, arid night that stretches out as far as the cacti will let it, and you are getting the idea. Now plant. Now wait. Now wait some more. Now harvest. Now bottle...now...wait even some more. And you are starting to get the idea. It doesn't take Robert Parker to understand that making wine anywhere in the world is not easy—let alone in the backyard of where Wile E. Coyote and The Roadrunner trade Acme calamities. Not that doing anything worthwhile ever is. But Maynard and Caduceus has stayed the course. 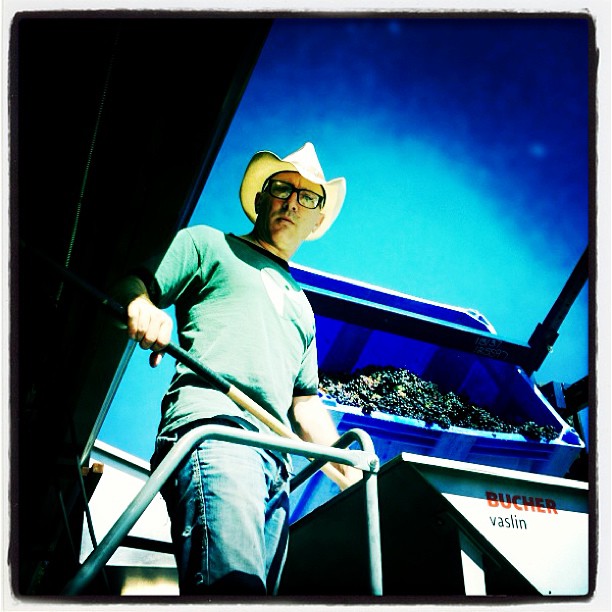 At press time, Caduceus now produces 21 different bottles of wine that are primarily created from Italian or Spanish grape varietals. And not just reds either—there are whites, such as Nagual del Judith Malvasia, which is made from 100% Malvasia Bianca, as well as Nagual Del Agostina White, a blend of 90% Vermentino combined with 10% Malvasia to name a couple. And not to forget the roses, too, such as Lei Li Nebbiolo rose, made from 100% Nebbiolo. Together, with his wife, Jennifer, Maynard and Co are now producing roughly 4,500 cases a year. Not too shabby for a rock star. Not too shabby for Arizona, a land mostly known for rattlesnakes and searing heat where one might be craving nothing but a simple vaso de agua to quench one's thirst. But not so fast Cowboy/Indian, because another option to slay that mouth drought might be a good bottle of Caduceus Cellars' wine.

And before we turn the music down, I wanted to also point out that Maynard is not the only musician to make wine, as there are several others that have also traded in their six strings and tour buses for rows of plantings, and vine clippers. Below is a greatest hits album, if you will, of some of the more notables that you might have added to your playlist at one time or another. And now you can add them to your wine list! In no particular order...

Lil John (rapper). Produced from a partnership with winemaker Alison Crowe, Little Jonathan Winery definitely falls under the category of a single run of musician-backed wines, but the idea for the partnership came about because the rapper had been making his own wine to serve at his parties as a small hobby, and enough friends liked them to convince him to do a label promotion. Check out his Central Coast Chardonnay.

Les Claypool (lead singer/bass player for Primus). After living in West Sonoma County for some 20 years and imbibing the local juice, Primus' quirky bassist front man, started to produce limited run productions of wines made with some local friends out of a shed, which led to 2007's Russian River Pinot Noir that he and his partner, Slawek Michalak, named Purple Pachyderm. Based on the success of that particular wine, he eventually began Claypool Cellars. 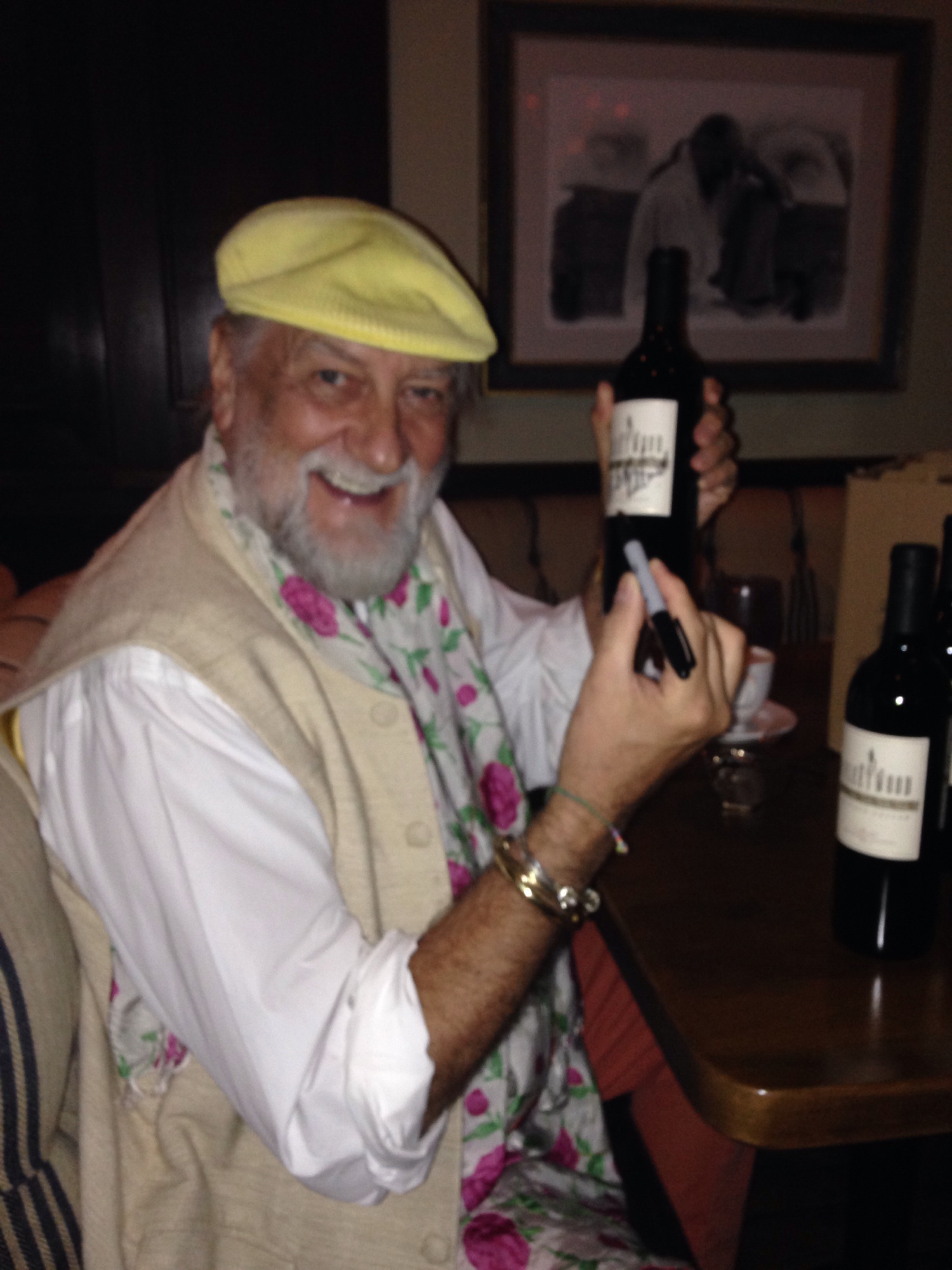 Mick Fleetwood (namesake and drummer for Fleetwood Mac). Mick Fleetwood Cellars was born after the legendary drummer had mentioned to a friend that it was difficult for him to find a single wine that he liked. The friend, business associate Jonathan Todd, then hit him with the quintessential comeback of comebacks under such circumstances: "Then why don't you make you're own wine." He did.

Dave Matthews (singer/songwriter/guitarist/founder of The Dave Matthews Band). Perhaps just as unlikely as Maynard starting Caduceus Cellars in Arizona, Dave Mathews started his Bleinhem Vineyards in his band's home state of Virginia when he purchased the land that the vineyard resides on back in 1999. Originally a farm that dates back to the year 1730, Dave recruited his brother Pete, who already had a background in viticulture, as well as close friend and winemaking enthusiast, Brad McCarthy, to begin the venture.

Mick Hucknall (singer/aka Simply Red). The "Holding Back The Years" singer was introduced to a local Etna winemaker named Salvo Foti by a friend and he proceeded to form Il Cantante, which means "the Singer" in Italian. Il Cantante produces traditional Sicilian wines from the slopes of the Etna volcano, the highest active volcano in Europe.

Bozz Scaggs (singer/songwriter). Together with his wife Dominique, the bluesy rocker moved to Napa in 1996, and after planting some grapes, a little while later Scaggs Vineyard was born. They later teamed up with notable winemaker Ken Bernards, and feature but a couple of wines a season, such as a rosé and a Rhône varietal blend.

Smothers Brothers (songwriters). You could also add comedians and sometime folk hero/activist/counterculture visionaries to the title of this legendary duo, Thomas and Richard Smothers. They grabbed their grandfather and started making Smothers Brothers Wine in the hills of Sonoma during the '70s shortly after the two were fired from their hit '60s CBS show, The Smothers Brothers Comedy Hour. Later, they changed the name of their winery to Remick Ridge in homage to their mother's maiden name. And holding true to their of-the-earth roots, they've been making certified organic wine ever since.

Olivia Newton John (singer/songwriter). The four-time Grammy award winning singer (and actress of Grease fame) is another that could be categorized as an activist, championing not only environment and animal rights, but she is also an advocate for health awareness (she surivied breast cancer in 1992), having become involved with various fundraising efforts and charities in support of the cause. She is also a winemaker, one of the principles in the British-Australian's Koala Blue Wines. Shiraz anyone?

Cliff Richard (singer). A longtime lover of Portugal, the UK pop star is very involved in winemaking for his winery, Adega do Cantor, which is in the Algarve region, and went from being where he owned a private residence and vineyard to becoming the full-on wine operation that it is today. Not afraid of getting dirty, Richard has been known to be right down there amongst the grapes. His wines have won numerous awards.

*Unlisted (but listed!)Track: Dave Mustaine (singer/songwriter/guitarist for Megadeath). The man, once known as the guy who got kicked out of fellow metal band, Metallica, but then went on to have huge success with his own project, also has made wine under his own Mustaine Vineyards label.

For more on MJK and Caduceus check out Stuart Pigott's ebook on Arizona wine on Amazon for $4.99.

"The story of my discovery of singer-winemaker Maynard James Keenan (Puscifer and Tool / Caduceus Cellars and Merkin Vineyards) and other leading winemakers in Arizona like Todd & Kelly Bostock, Kent & Lisa Callaghan is seriously racy, but also tortuously twisting. Please note that the PARENTAL ADVISORY Explicit Content warning on the cover is not a pose. This outrageous work of Gonzo journalism is not suitable for minors due to the graphic and poetic description of sexual acts and certain illegal activities. "