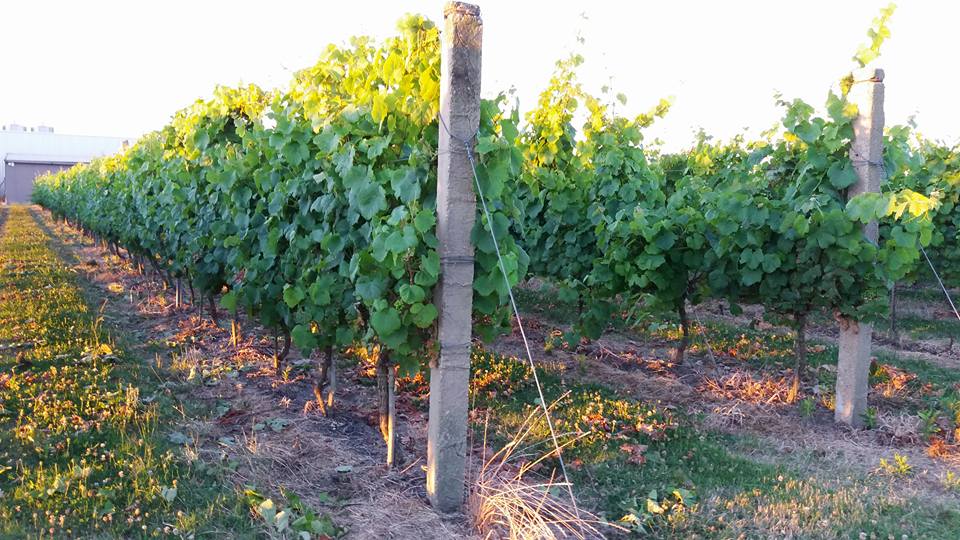 With the exception of the minds and palates of wine aficionados the world over, in the spectrum of red wine grape varietals, not only is Tannat rarely even considered, but it probably is not even known. But let’s take this moment to change all that right now, shall we? Anyone can be somewhat knowledgeable when speaking about, or purchasing a bottle of any of the familiar heavyweights we've all come to drink and love, such as Cabernet Sauvignon, Grenache, Pinot Noir, Syrah/Shiraz, Merlot, Malbec, Sangiovese, Nebbiolo, Tempranillo, and even some of the slightly welterweight red grapes, such as Cabernet Franc, Carignan, Gamay, Dornfelder, Montepulciano, etc. But if you really want to impress your friends, boss, significant other, or just plain hot date, how about picking out a bottle made from Tannat?! Now that will really win you some points hehe. 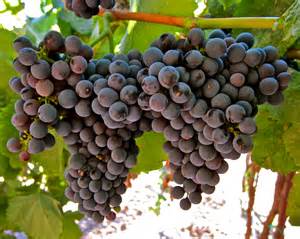 Just where in the hell did this super tannic (as the name might imply) and astringent grape varietal originate? Good question. Most wine experts and scholars believe that Tannat originated in the Basque region, but it is also most closely associated with the winemaking area of Madiran, at the foothills of the Pyrenese Mountains in southwestern France. Having been grown since the 17th and 18th century, French kings accepted Madiran wines as payment for taxes, and Madiran appellation laws mandated that Tannat be blended with Cabernet Sauvignon or Cabernet Franc, to smooth out the rough edges. In 1870, a Basque immigrant named Pascual Harriague brought the grape varietal over to Uruguay, where it was highly adaptable to the local terroir, having the perfect balance of wind, humidity, maritime climate, and being slightly cooler than most other South American countries were all contributors towards paving the way for the grape's success. Since then, not only has Tannat flourished, but it wound up becoming the national grape variety for the country, and has ultimately accounted for about one third its total wine production. Even harder to believe is that more Tannat is grown in Uruguay than in its original birthplace of France! Go figure.

But it doesn't stop there. Uruguay has not been alone in recognizing Tannat for what it is—an earthy, dense, and tightly structured red wine grape. Other countries besides Uruguay and France that have also adopted Tannat, include Argentina (not to be confused with its sometimes rival, Malbec), Australia (also not to be confused with its much softer and slicker, Shiraz), Brazil, Italy, and more recently, the rising star grape has even found its way to the United States, where aside from finding it in typical wine meccas like California and Oregon, there are even plantings of it in some other states more off the beaten terroir-path, and not known for their wine production in the slightest, such as Virginia, and Maryland.

Dark robust fruit flavors with a hint of spice. As mentioned, think earthy, even tarry, but also smoky notes of tobacco and blackberry or plum that envelope your palate in warmth. It is dense in color, a very deep, dark, purple-red hue that just might make you think that you've arrived at the end of the bloody world—only it's been poured into your glass and is thankfully still alive with a beating heart comprised of full-bodied deliciousness. When wines are made from 100% Tannat, and purely on their own terms and not blended with anything else, Tannat can be a very intense experience rich in bold, extremely dry tannins, and laced with all that dark fruit complexity. However, when blended with the aforementioned Cabernet Sauvignon, Cabernet Franc, and even Pinot Noir, or Viognier, it comes to be more rounded and smooth, and invariably more accessible to the faint-of-taste bud.

One of the reasons for the growth and popularity of Tannat just might have to do with research concerning the phenolic compounds that are found in the Tannat grape, which are significantly higher than in other red wine grapes, and subsequently, in the wines that are made from Tannat. In case you are unaware, tannins come from the skins and the seeds of the grapes when crushed. And it just so happens that Tannat grapes have five seeds (pips), while normal red wine grapes contain just two or three.

These additional seeds create a higher concentration of polyphenols, procyanidins, flavenoids, and resveratrol, which are the four main antioxidants found in red wine, and Tannat has been identified by leading researchers as having the highest concentration of these compounds. 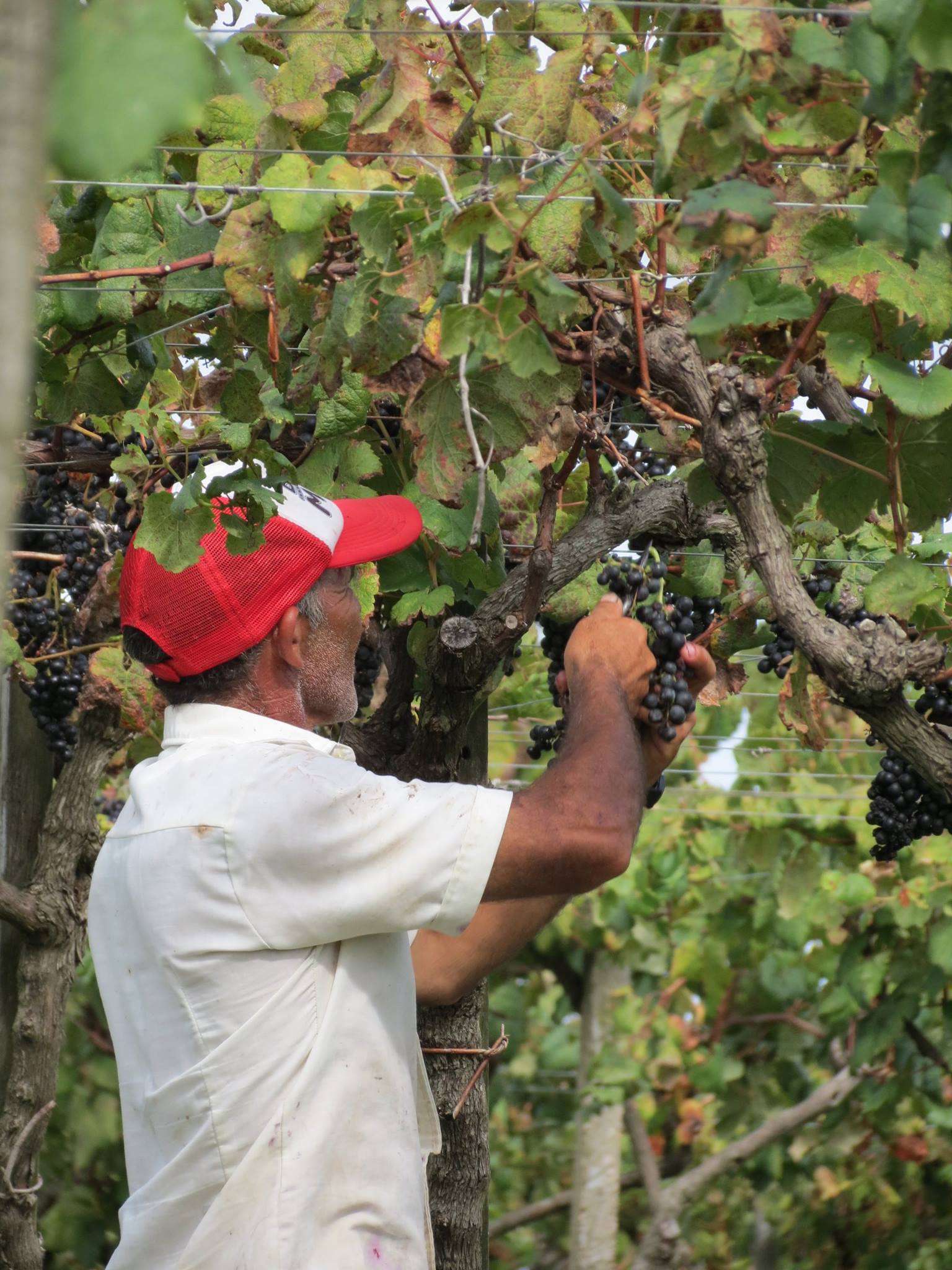 If you have never tasted Tannat, a good one to start with is Vinedos de Los Vientos (2013), which comes from Canelones, Uruguay, and is made from 100% Tannat. In fact, I had the good fortune of tasting some of this fine juice just the other day, and found it to be pretty much on par with what I had expected: full, without being too overpowering or weighty on the tongue, very dry, tannic, and, not surprisingly, all about dark fruits to the core. Blackberry, plum, and even the slightest hint of pomegranate. This particular bottle had engaging acidity, but also just the right amount of smoothness to it so that the average wine drinker wouldn't be scared off. And if you are seeking wines in the $15-$20 range, you absolutely can't go wrong.

As you might expect, Tannat pairs exceptionally well with most hearty meats, for which Uruguay is known. In particular, steak of all cuts, but I could also see it on the table next to a plate of lamb chops, beef stew, cassoulet, even some Paella, if white wine or sangria is not grabbing you.

So, the next time you are thinking about drinking some red, and are in the mood for a wine that has some bite, but yet is a bit different, why not give Tannat a try? Traveling from its original origins in France, all the way to Uruguay, and on to the New World, the next stop should be in your wine glass.