The Valle d'Aosta produces delicious mountain wine, esoteric and filled with distinctive personality. Surrounded by the Alps, it is home to the highest elevation vineyards in all of Europe. It is in the extreme northwest of Italy, bordering Piedmont to the south, France to the northwest, and Francophone Switzerland to the north. It is an area of spectacular beauty with postcard perfect vineyard scenes as vines are surrounded by year-round vistas of snow-capped mountains.

The Valle d'Aosta mostly exists at above 5,000 feet, and has a cold continental climate. Covering an area of 1,260 square miles and with a population of about 128,000, it is the smallest, least populous, and least densely populated region of Italy.

The region has strong ties to both France and Switzerland and has two official languages: Italian and French. The regional language, known as patoué, is a dialectal variety of Franco-Provençal. It is spoken as a native and second language by 68,000 residents, or about 58% of the population. 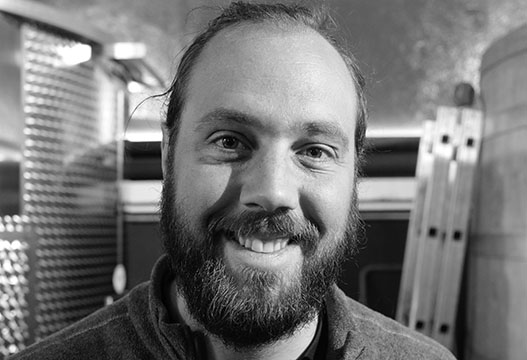 Winemaking has occurred in the Valle d'Aosta at least since the Romans. Due to its high elevations, the area has never been affected by phylloxera, which has allowed the vineyards of this area to remain with ungrafted rootstock. The geography of the wine region is marked by high, steep terraced slopes leading to the river valley and resulting in vineyard work that is all manual, and undertaken at great expense. The vineyard soils are composed primarily of sand at the higher elevation with more alluvial sediments of clay and gravel further down into the valley. The cost of vine cultivation is one of the reasons behind the abandonment of 90% of the vineyards over the last 100 years. The region boasts some incredibly distinct unique mountain wines from indigenous grapes such as the red varietals Cornalin, Fumin, Petit Rouge, and Vuillermin, and the white varietal Prié Blanc.

Ottin Elio, based in Aosta, is a small family winery and farm that works organically and is focused on making wine with local varietals and Pinot Noir. In addition to wine they also farm apples and breed cattle. The farm’s energy is produced entirely by renewable sources and they use the manure from their own cattle in the vineyards. Grape Collective talks to Nicolas Ottin about the family farm and the evolution of the Valle d'Aosta.

Christopher Barnes: Nicolas, just tell us a little bit about the history of the estate.

Nicolas Ottin: I always like to say that the story of this winery starts with my grandfather. My grandfather was a chef and on the side he had this passion for viticulture and making his own wine. He used to make Pinot Noir here in the Aosta Valley during the '70s and '80s which was pretty uncommon for that time. He made his own wine, then he was one of the founders of the first cooperatives here in the Aosta Valley. The history of the little winery that we got, it started in that moment. And started again with my father in 2007. Because before that, we used to sell the grapes to cooperatives. Then from 2007, we said, "No, we keep the grapes and we will start to make our own wine." So 2007 was our first vintage, again. Here we grow a little bit, and then there we go. I went to the winery in 2013. And yes, now I think more or less, the story is in the present day. 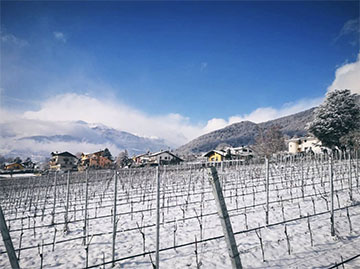 How much wine do you make?

We produce around 60,000 bottles now. We're around 10 hectares of vineyards. The production is divided in between red and whites. The main grapes that we produce are Petite Arvine and Pinot Noir for the moment. Petite Arvine in white and Pinot Noir in red. Then we have some local varieties like Torrette Superiore and Fumin, they are born and grow here in Aosta Valley.

Talk a little bit about the Aosta Valley. It's a very unique part of the world.

It is a unique part of the world. It's actually a region with a strong history in the past, but now it is a bit lost, this history. Let's put it this way, in the end of the past century, we had like 4,000 hectares of vineyards, and now we have 400 hectares of vineyards. It's a massive drop between these two periods. In one century, we lost a lot of production and a lot of history too. In the '70s, the school of agriculture and a big movement of winemakers started coming back, and getting back to viticulture, which is really interesting and really amazing, and it's all to discover again.

What kind of native varietals do you have here?

We have a lot of red varietals, local, and not so many white. In white, we have the Prie Blanc, the Morgex et de la Salle, and in red, a lot. Cornalin, Fumin, Vuillermin, Mayolet, Petit Rouge, Bonda, a lot. 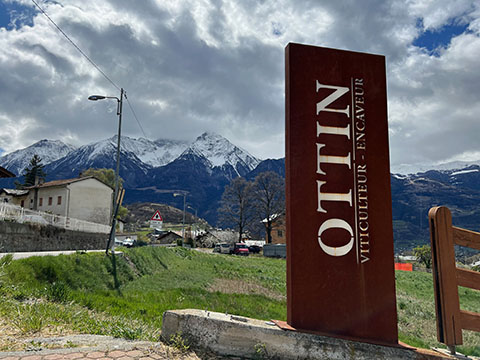 What are some of the grapes that you work with?

If we talk about Fumin, for example, we got a wine with full body, so very dark color, spicy pepper, green pepper. That's a wine that generally comes out of here in large oak, but it can express at the top in three or four years in bottle. It's a wine to age very well. Then we have the Petit Rouge, the Torrette Superiore, which the main variety is the Petit Rouge. This wine has a medium body and is the largest wine produced here in the area. So that's our taste if you want. So the Torrette is really outlined.

What kind of flavors?

Well, as I say, it's always on that side of green pepper, of spicy. You've got some red fruit, but more purple fruit, more dark in color. And the tannins are always soft. Generally, the main character of the wines here in Aosta Valley is the drinkability. We are here in the mountains, and that comes from soil, because we've got our soil full of granite, sand, and big stones, and not so much clay. It's a soil that generally drains really fast. This minerality that we have in our wine comes directly from the soil. We have high temperatures here in the Aosta Valley region. Yes, 700 meters altitude is the average of the vineyards, but we get strong sun. The sun is very hot and we can easily get to the maturation of almost all the grapes. The only character, the main character is really this drinkability. So big complexity on the nose, but then very soft in the palate.

You are in the mountains. What kind of soils do you have and how would you describe the climate?

The main character of the wines here in Aosta Valley, as I say, is the drinkability. That comes from the soil, morainic soil. It was covered by ice in the past. These soils came from when the ice retired. It leaves just sand and the stone. So yes, here we have morainic soils with a lot of granite and big stones and sand. It's a soil without any kind of clay. It has good drainage. This gives the wine a really soft tannin and good acidity and good drinkability. You get this aroma, you get this good expression in the nose, but then in the palate, it's very soft and easy. Generally the wines here, they are not big wines, but very gentle wines. We are more on the elegance than on the structure and power. 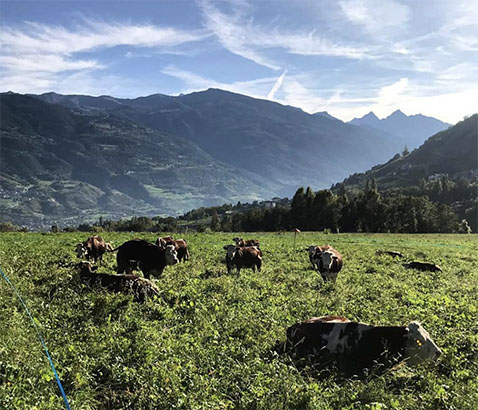 Just talk a bit about your philosophy of viticulture.

We don't ask for the certification for the moment because we want to be sure, at the beginning. Because it's not easy, it's all another way to work in the vineyard. But we are very happy with this choice and we keep going with this choice and we clearly see the results in the vineyard. We try to be as sustainable as we can, not just in the vineyard, but even here in the winery and in the farm. So everything is as sustainable and as green as we can. That's our philosophy to grow the vineyard and to grow whatever, you can grow whatever, but it means you just have to be careful because you are responsible for what happens outside. So you have to feel that.

And your philosophy of winemaking.

For me, the winemaking is about trying to express what's inside the grape. To interpret the grape. Pinot Noir for example. You can taste Pinot Noir here in Aosta Valley and you can taste it all over the world, and it's completely different. Of course, it's a completely different way of making it. Here in Aosta Valley, for example, we got some character and we try to express that character. It's a mix between the grape, the character of the soil, and of the region. Try to find that and then to express it in a better way. The philosophy is to never touch too much, so not too much intervention on the wine. 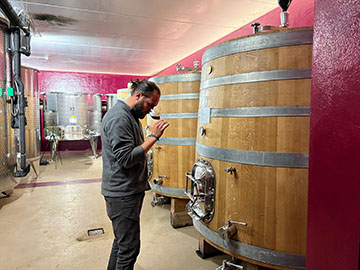 The good work has to be done outside the vineyard. Once the grapes are here, we just take what's inside the grape. The best. For example, in the white we use yeast, selected yeast for the white, because it's a pretty technical wine, the Petit Arvine. Fourteen degrees, hard to ferment, so we need that. For red, for example, we use a natural yeast. Natural fermentation. I just love that way to feel in contact with the wines. Not just during vintage, but also during all the years. They still keep it in contact because it's alive.

What about your barrel usage?

Every red we use oak to age. It's generally large oak for the local variety, like this one that we have here. For Pinot Noir, for example, I use some shorter oak barrels that are 300 or 500 liters. I love the way that, for example, Pinot Noir works with oak. But you have to be gentle. The fruits have to win all the time. We use a few amounts of new oak every year. On the Pinot Noir, for example, it is between 7% and 8%, 9%. No more than that.

What is the origin of the oak in these barrels?

Mainly French Oak. Then we got some Austrian Oak for the whites, and basically that's it.