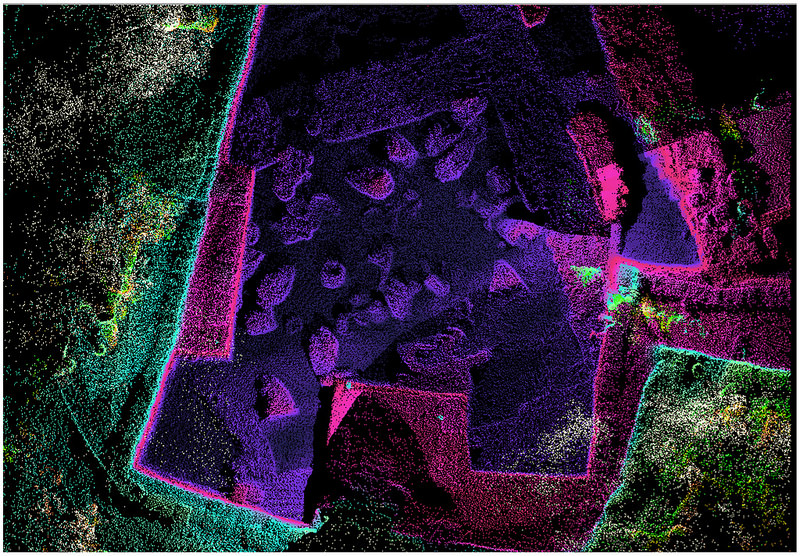 What was it like to drink wine thousands of years ago? Like the second millennium BC? Excavation of a Middle Bronze Age Canaanite palace has given some clues. The findings, published as "Characterizing a Middle Bronze Palatial Wine Cellar from Tel Kabri, Israel" in Plos One, illuminate the additives in wine back in the day. For flavor and/or preservation, your red wine may have contained these ingredients: honey, storax resin, terebinth resin, cyperus, cedar oil, juniper, mint, myrtle, and/or cinnamon.

The authors reveal that what was discovered did not point to an ancient Total Wine or BevMo. Nor the birth of the three-tier system:

"...[T]he large total volume of the stored wine – up to 2,000 liters – and the context of this storeroom, next to a ceremonial room within the palace in which banquets might have been held, may contribute to a greater understanding of Canaanite court ceremony and economy. Although 2,000 liters – or the equivalent of 3,000 modern bottles of wine – may seem like a lot, it is not enough for wide-spread distribution and should probably be seen as directly related to consumption within the palace rather than to either production or distribution; in other words, we may have here the private reserve of the ruler and his household. When considered with issues of long-term preservation in antiquity and the overall consistency of both the wine and containers, it seems likely that the wine cellar held a single vintage, which was habitually replenished in a given year."

For more on the history of wine, check out Emily Kate's post on how ancient Egyptians were nascent practitioners of the reduce/reuse/recycle ethos.

About the photo: It was taken using LiDAR, which Wikipedia explains is "a remote sensing technology that measures distance by illuminating a target with a laser and analyzing the reflected light." In the case of the Canaanite wine cellar "millions of discrete three-dimensional data points" were collected, resulting in "a surface plan accurate to within two mm." This image is color-coded to reflect different elevations.