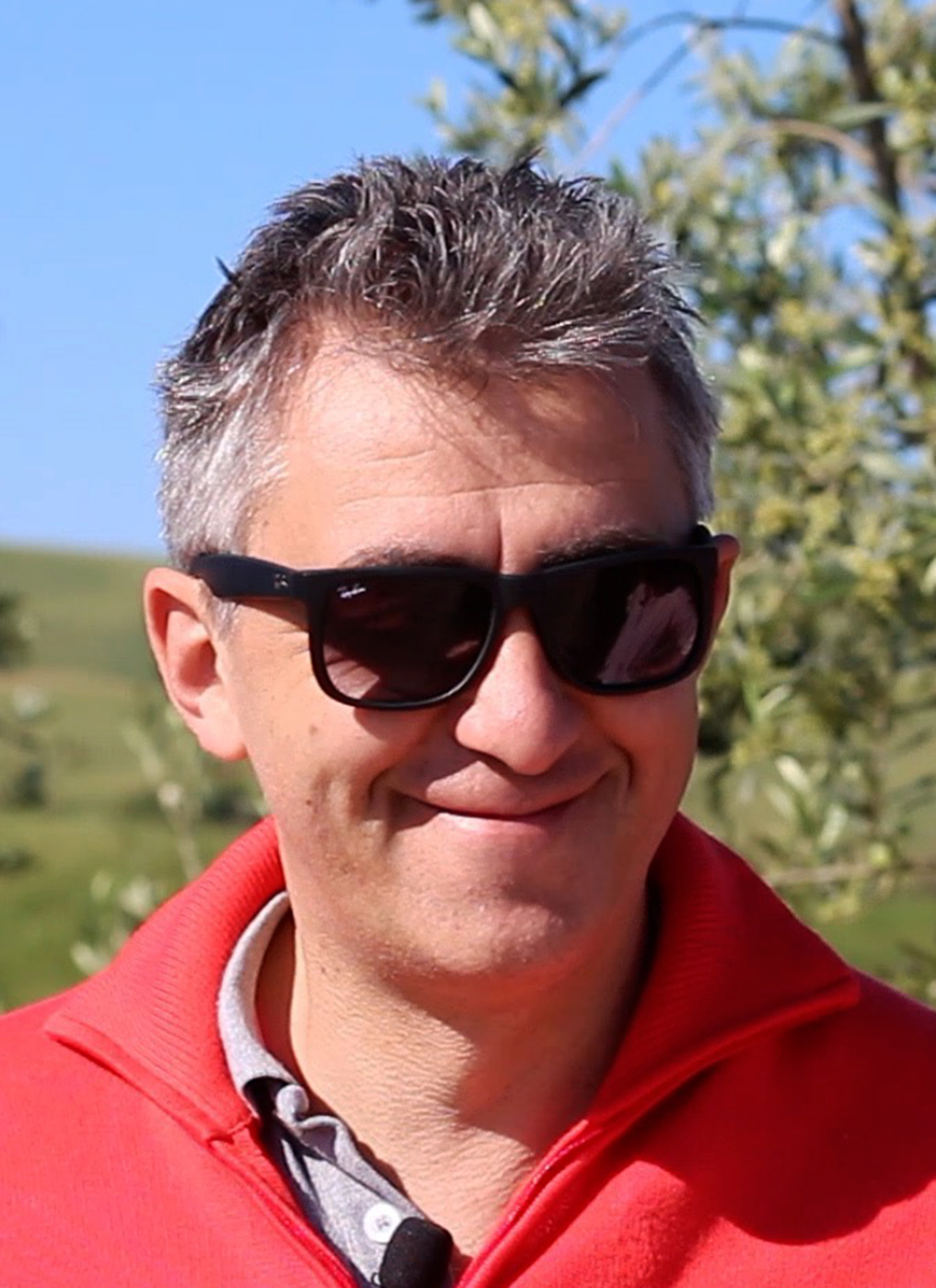 Canapaccia is a small Montalcino estate owned by two local families called Violini and Bartolomei. Together they run the vineyard, the winery, and the “agriturismo,” meaning the estate’s own on-site restaurant. This serves locally grown food, typically local game such as wild boar, roebuck, and hare. At Canapaccia Federico Bartolomei practices organic, non-interventionist winemaking and agriculture.

The property sits in the heart of Montalcino with panoramic views across the Orcia Valley (a UNESCO world heritage site), and over the Via Francigena, the historic route pilgrims still take to this day to reach the Holy City of Rome. Despite being a small family operation, their vines are in fine company as their vineyard neighbors include the legendary Biondi-Santi vineyards. 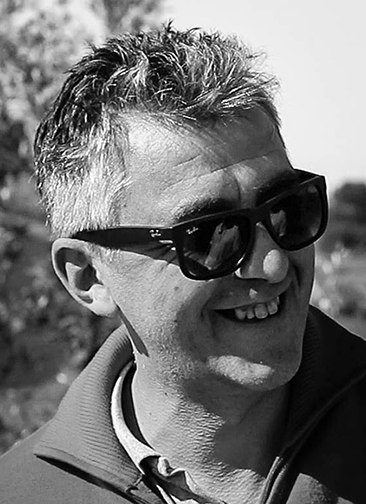 How long has the family been making wine?

The winery lies northeast of Montalcino, on the north side of the village of Torrenieri. The first wines were made in 2000.

Canapaccia takes its name from the practice of growing hemp there in the 1800s. We farm grain crops like durum wheat (for pasta), olives for extra virgin olive oil, and Sangiovese grapes for ‘Brunello di Montalcino’ and Rosso di Montalcino wine.

The vines lie a short drive from the winery, on the east side of the village of Torreneri and on the direct road leading up to the town of Montalcino itself.

There are less than four acres (1.5 hectares) of vines in total, making this Montalcino’s smallest winery. The vines are in two small adjacent blocks so this is also a single-vineyard, single-terroir Brunello [NB: there are a few Sangiovese vines by the winery, 0.18 hectares, but these are authorized only to make Toscana Rosso, not Brunello].

What is the philosophy of viticulture?

There is just a single hectare (2.47 acres) of Sangiovese vines–locally called ‘Brunello–vines.' These lie on the slopes leading up to the town.

The vines were planted from 1997 and are in the prime of life. Because the vineyard is so small we do most of the work by hand. Neighboring vineyards are owned by Biondi-Santi, La Rasina, Solaria and La Verbena.

Our only real problem occurs in spring when the vines start producing tender green shoots and the baby grape bunches which the local roebuck [Bambi-like small deer] like to feed on. But the roebuck sometimes end up on our restaurant menu, too, so it’s give and take.

We’re pretty relaxed about letting the weeds grow, we don’t use herbicides, so the vineyard looks a bit scruffy. Because we have always looked after the soil we don’t get aggressive weeds. The weeds shade the soil, keeping it cooler which the worms like. The worms make holes in the soil which means when it rains–and we’re in a hot Mediterranean climate here–the water can filter into the soil and stay there ready for when the vines need to rehydrate. And worms are great at moving around in the soil all nutrients the vines need so they don’t stress. Happy, well-fed, non-stressed vines build up natural disease-resistance and produce the nicest grapes.

What is special about the area in Montalcino where you make wine?

I guess the best thing is the site our vines are on allows us to make Brunello we like drinking! Most of the Brunello we make is drunk in our restaurant. Our site is not too hot because it faces east, and thus away from the full blast of Mediterranean heat the grapes would get if they faced west. It is not too cold because it is protected from the north. The highest vines in Montalcino lie at 600 meters, and the lowest at…well there is no official lowest but we’re right in the middle altitude-wise at 250 meters. We have easy-to-work soils rich in minerals from volcanic activity–Sangiovese likes to be able to access plenty of minerals–and clay soils which act like a sponge, holding rain water in winter-spring, and releasing it to the vines when it gets hot in summer. I think you can taste the fact that the vines pretty much get on with life in the wine. We like wines that sit well in your stomach, that are easy to digest. It’s logical those types of wines come from vines which were allowed to just get on with the job at hand: ripening. 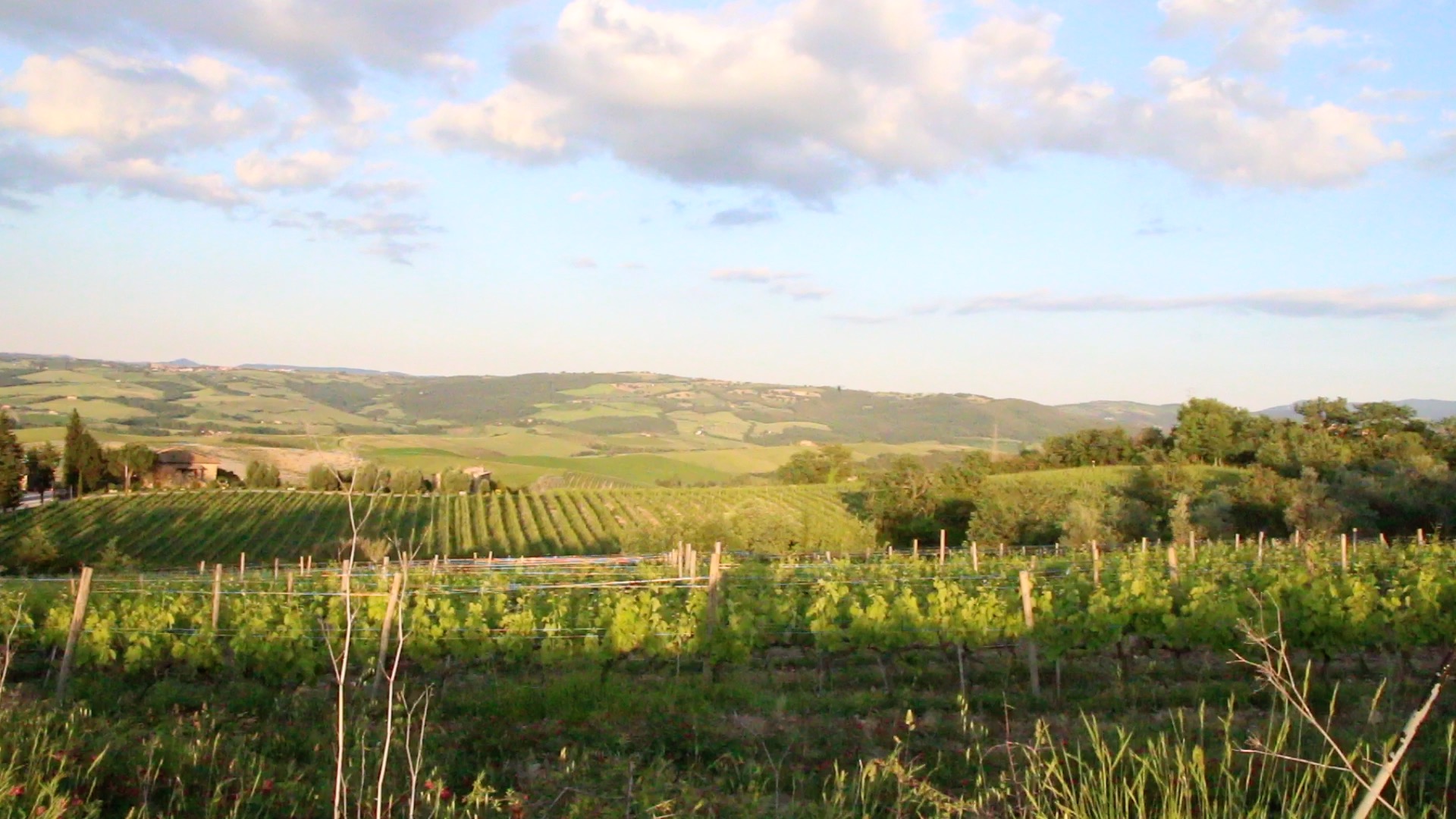 What is the philosophy of winemaking?

We keep the winemaking simple. We hand pick the grape bunches and pull off any substandard berries by hand. We take the stems off and place the lightly crushed grapes in small (50 hl) stainless steel vats. The wild yeasts convert the sugar in the juice into wine. We mix the juice/wine with the skins by hand plunging or pumping so we get the color and flavor we need. We run the newly fermented wine off the grapes-skins [the free run wine]. We then lightly press the grapes skins to get the wine they contain, blend some of this [press wine] into the main [free run] wine. Then we age the wine for a couple of years in 500-liter French oak puncheons of 500-liters [the equivalent of 666 bottles per oak cask].

We renew 1/3 of the casks each year, so the wine is always a blend of 1/3 new oak, 1/3 second fill and 1/3 third fill. The oak aging loosens up the wine before it goes into bottle, so it has a really smooth mouthfeel, and allows the typical Sangiovese fruit flavors to express themselves. The barrel aging is not to give the wine an oaky flavor. We drink wine, not oak. Then we bottle and label by hand and that’s about it.

What are the feelings about the potential of sub-appellations in Montalcino?

The municipality of Montalcino covers a huge surface area, the biggest in the Tuscan province of Siena in fact. There are over 250 producers of Brunello. Even though we all make Brunello from the same ingredients–100% Sangiovese or ‘Brunello’ grapes–and under exactly the same winemaking rules–every Brunello is slightly different. You can taste all 250 and never find two wines the same. This is Brunello’s frustration for wine novices–and its fascination for wine geeks. It takes half an hour to drive from one side of Montalcino to the other, with vines on majorly differing soil types, facing all four points of the compass, and lying at altitudes which can vary by up over 400 meters [1312 ft].

The monks who planted the first vineyards in Burgundy a thousand years ago mapped and recorded everything they did, and were really into the idea that each wine will taste differently according to what soil it is on and which way to the sun the vines face and so on. Should the powers-that-be in Montalcino do the same thing? Maybe, maybe not. We’re in Italy, and it’s not easy to get some joined-up thinking on sensitive issues like this.

No Brunello wine-grower wants to see his or her winery on a map which says ‘your vines are not on the best soil.’ But maybe we need to dig more holes in the ground to see what kind of soil we are on. It is so varied in Montalcino. And if you know what kind of soil your vines are on, you become a better farmer and make better decisions in the vineyard and make better wine which people are going to want to taste and buy. Knowledge is power. Our hope is to see the local authorities produce much better road maps and road signs for tourists, to help the visitors who come to Montalcino every year, so they don’t lose time getting lost finding wineries, restaurants and places to stay like ours whose charm partly lies in the fact they are a bit off the beaten track. Spending money doing complicated geological or soil maps which winemakers and not tourists will relate to is useful, but secondary right now.

What makes the wines of Montalcino special?

Montalcino earned its fame by making the ripest-tasting, most intensely flavored and most elegant Sangiovese [aka Brunello] red wines on the planet. In the 1880s our neighbors the Biondi-Santi family called the Sangiovese grapes which grew in Montalcino ‘Brunello’ because the grapes were especially small, dark and thus concentrated in color and flavor. ‘Brunello’ came to mean ‘small, dark grape’. The reason was the exceptional soils we have here, and the exceptional climate we have here, gives much smaller, darker, richer, more highly flavored and riper-tasting Sangiovese grapes than anywhere else.

Opposite our vineyard across the Orcia is a volcano–don’t worry, it’s dormant–called Mount Amiata. It’s the highest peak in north/central Italy. It formed because the land got pushed up by Africa which has been–and still is–pushing into Italy from the south so the land kind of concertinas up, creating the folded landscapes and valleys we see today. Amiata’s main role–apart from filling some of the Montalcino vineyards with volcanic stones which vines love–is to block cold air from the north. This means Montalcino is warm enough for Sangiovese to ripen slowly and into late autumn. This is important is you want a smooth-tasting Sangiovese. If Sangiovese fails to ripen it can taste a bit mean and jagged-edged. Long, slowly ripening builds complexity into the wine, and allows Sangiovese’s flavors of violets and bright, succulent red cherries to shine.”

Monty Waldin was the first wine writer to specialize in green issues. JancisRobinson.com said of Monty’s latest book, Biodynamic Wine (2016, Infinite Ideas Oxford) that “it made me realise I knew next to nothing about biodynamics.” Buy it on Amazon.