This is Beaujolais Nouveau season and without even trying hard, we found nine different ones. This is a wonderful departure from recent years when we’ve driven all over Manhattan just to find five or six. Yes, there was the omnipresent Georges Duboeuf, reliable as always. But also some that were new to us, like the Pierre Chermette with its discreet, circular  “Primeur” stamp near the bottle’s neck the only indication, besides the vintage, that it’s a nouveau.

Another new-to-us wine, Christophe Pacalet, in addition to calling itself Beaujolais Nouveau, also added to its label “New Beaujolais,” in case we were in doubt. The familiar Antonin Rodet also wore a belt and suspenders, with a pink oval proclaiming that the wine is Beaujolais Nouveau as well as Les Primeurs, primeur meaning “young produce,” a term originally associated with Beaujolais Nouveau back in the 19th century. 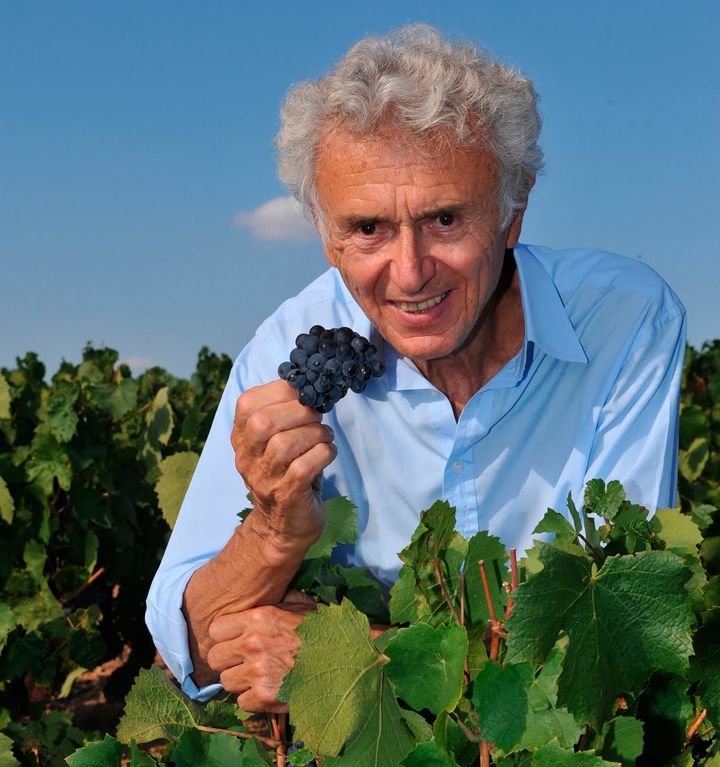 That’s right. Beaujolais Nouveau didn’t just spring from the handsome head of 81-year-old Georges Duboeuf, the legendary producer of Beaujolais, nouveau and cru, and white Mâconnais. Although the celebrated négociant and producer has been nouveau’s most ardent champion, Jancis Robinson writes in The Oxford Companion to Wine that wine producers date the practice of selling new Beaujolais to the 19th century, when “the year’s wine would complete its fermentation in cask while en route to nearby Lyons, where the new wine provided a direct link with village life in the Beaujolais hills.”

Whatever. At its best, it’s an exuberantly fruity quaffer that’s pleasantly a little rough since the hand-picked Gamay grapes from the Beaujolais region of Burgundy that they’re made from were on vines six to eight weeks ago.

Beaujolais Nouveau is the first wine of the vintage and it’s considered to be an early indicator of the quality of the year’s regional wine harvest.The more special Beaujolais (Beaujolais Village and  “regular” Beaujolais) that require more time to make, and the 10 cru Beaujolais that come from special areas of the region and get more care, are released a year after the harvest.

Some critics say that Nouveau’s raison d'être is that it provides early cash for its makers, and it does do that. However, for us, it’s always been a way to celebrate the year’s harvest. It’s a seasonal tradition and we look forward to it much like we look forward to the changing colors of the leaves in fall.

Two weeks ago in Lyons, 100 judges at the only official Beaujolais Nouveau competition in the world awarded gold medals to the 2014 Georges Duboeuf Beaujolais Nouveau and its Beaujolais-Villages Nouveau, choosing them above more than 400 others. Although the family-owned business had won the gold many times before, it was a lovely way to mark the 50th anniversary of Georges Duboeuf’s company, Les Vins Georges Duboeuf, which produces many different types of wines, sourced from hundreds of grape growers.

We had a few neighbors over to taste the nine we’d found and while every guest said they enjoyed all of them, the bottles of Pascal Chatelus emptied quickly. It tasted whole, with good fruit, good acidity and nice depth. The nouveaux from Domaine de la Madrone, L’Ancien from Jean-Paul Brun and the Domaine Dupeuble also had serious partisans, including us.

All of the wines, including those that weren’t among our favorites, had lovely strawberry-raspberry noses and were either garnet or jazzy concord-grape purple with blue edges.  All had good acidity, but some were thin, hampered perhaps by the inconvenient rain that gave way to sunshine in September. The best were full-bodied and harmonious.

“We think that 2014 was a beautiful vintage, which I hope will bring a lot of pleasure,” Georges Duboeuf’s son Franck told a gathering of journalists at last Thursday’s celebration of Nouveau Day.

Nouveau goes well with a wide variety of dishes and we always have it with Thanksgiving leftovers. While it should be drunk by the end of the year, it won’t turn into a pumpkin if it’s not. I hope it brings you a lot of pleasure too.