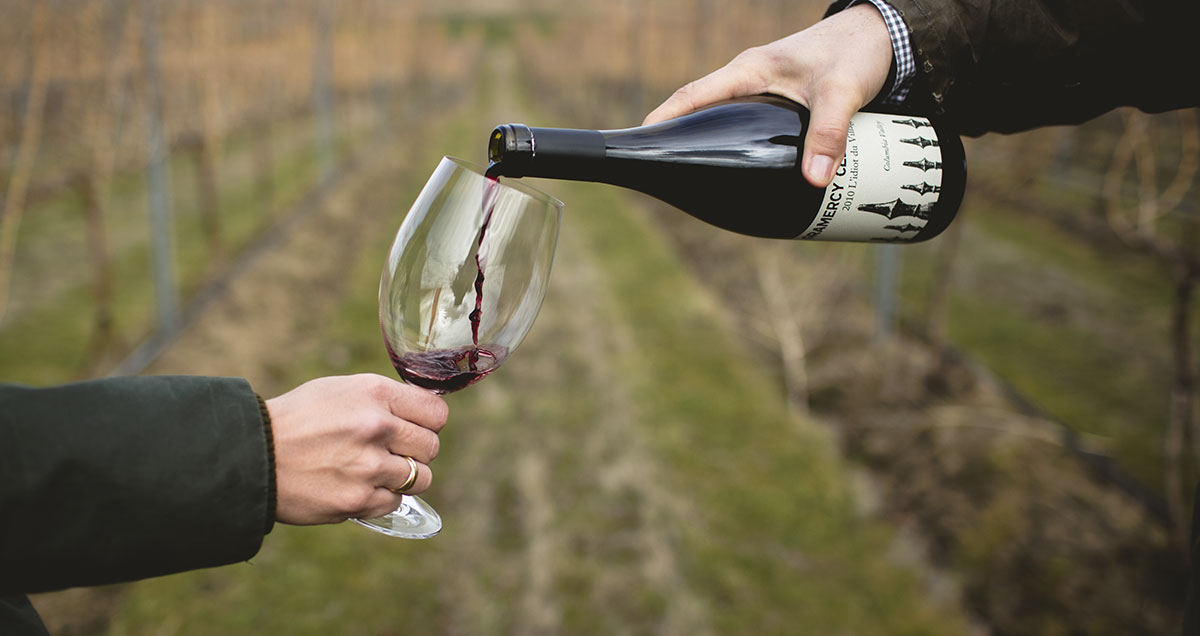 Is it time to get excited about Mourvèdre from Washington State? After trying the 2011 Gramercy Cellars L'Idiot du Village, a blend of 90% Mourvèdre, 5% Cinsault, and 5% Grenache, at a recent Walla Walla Valley Wine Alliance tasting, my head was nodding in a most affirmative manner. I was so curious about the state of Mourvèdre in Washington, er, State that I got a hold of Gramercy Cellars Founder and Winemaker, Greg Harrington. (He's also a Master Sommelier.) I had two questions for him. OK, actually three. (Sorry, Greg.) Here's what he had to say:

What excites you about Mourvèdre from Washington State? How is it distinct from Bandol?

"We are really blown away with the potential of Mourvèdre in Washington. Brandon Moss (partner/Assistant Winemaker) and I have been a huge Mourvèdre fan for a long time, but became convinced of the potential during the 2010 vintage. We just had absolutely perfect ripeness, in line with numbers one would expect in Bandol. Brandon and I began an intensive study, ok drink fest, of Bandol, trying anything...everything we could find. We have to be two of the area’s biggest customers. This summer I had a chance to visit Bandol. What I noticed was that we have similar wines in the cellar, maybe a bit less concentrated.

What we love about WA Mourvèdre is that it has the same structure of what we find in Bandol with low pH and fantastic acidity. However, we get a full 3-4 weeks [more] hang time than they do in Bandol. In WA and particularly our vineyards, we can't imagine it getting over ripe. Even more fantastic is that we can harvest late October and the wine is still fresh with red fruit flavors. And it shows intense roasted meat, almost pot roast type flavors.

We think the biggest difference between WA and Bandol is the level of concentration and intensity in the wine. They have much more experience and obviously, older vines. The best Bandols are made from 70/80 year old vines. We aren't there yet. But we think our Mourvedre show a freshness that Bandol only gets in the colder years."

What is the story behind the name of the wine, L’Idiot Du Village?

"Ah, the name. This wine was originally designed to be a Syrah Grenache blend. I wanted to play off Cotes du Rhone Village. Then I thought Village Idiot. I use that analogy because I feel much of the time we were potential village idiots coming to WA from NYC. We had very little money, no winemaking experience, no real plan other than 'we just have to make wine here'. Definitely not the way the typical business school would advise starting a business."

Jameson Fink has a decade of wine industry and blogging experience. Saveur Magazine nominated his site, jamesonfink.com, for a 2013 Best Food Blog Award in the Wine/Beer Category. He is a tireless advocate for year-round rosé consumption and enjoys a glass of Champagne alongside a bowl of popcorn.