History in a bottle: ArmosA 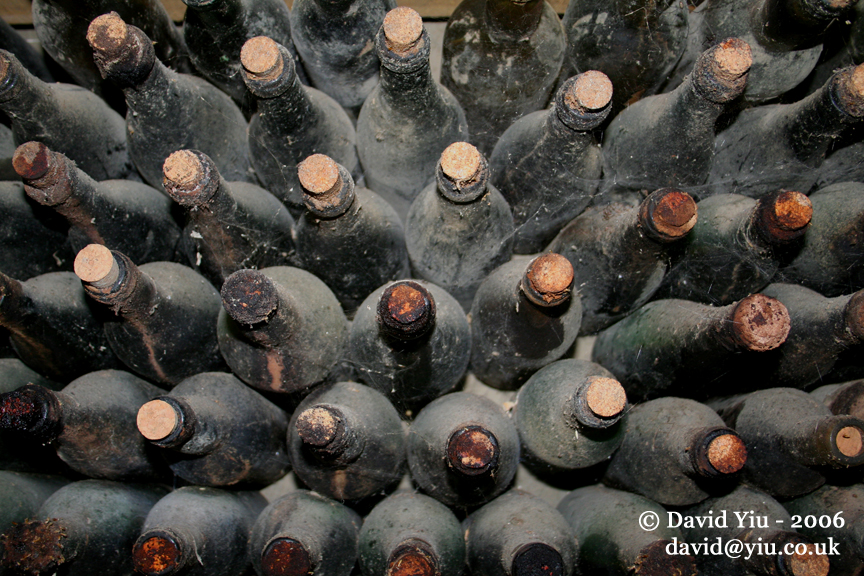 Civilizations have clashed over the jewel in the Mediterranean basin, Sicily, for millennia. Sicily’s strategic positioning and agricultural might has allured green-eyed governments to step foot on the island, leaving an indelible mark on a people's history. 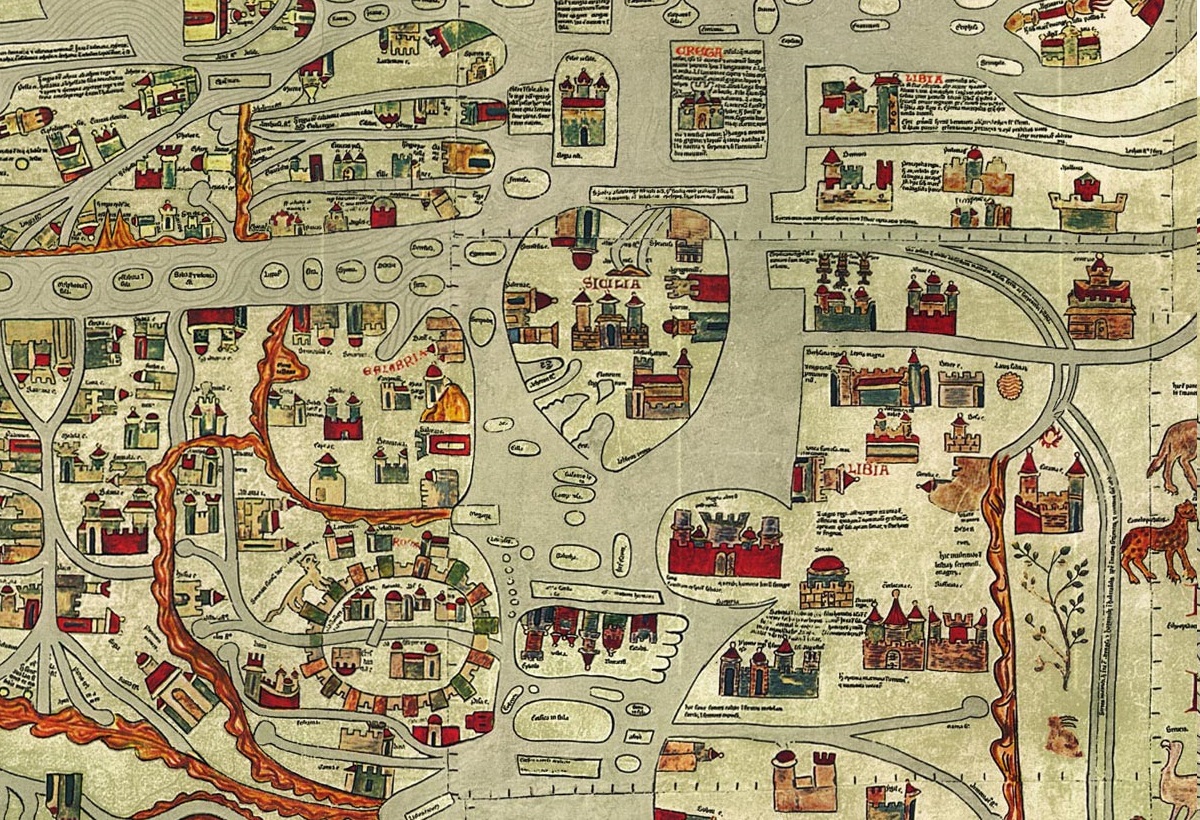 [The image is a snippet of Ebstorf Map, a famous medieval map, depicting Sicily as a heart]

In terms of wine, there is evidence of viticulture going back the ninth century BC. Researchers have identified the world’s oldest wine to be in Sicily, having been preserved for 6,000 years in terracotta jars in the vast caves of the western Sciacca region. Previous excavations have revealed extremely old wines in Mozia, an island off Marsala, as well.

The “indigenous” people of Sicily, the Sicans and Sicels, grew grapes but really the Phoenicians and the Greeks brought wine culture to the island. The Phoenicians settled on the west coast of Sicily, whereas Siracusa was the Greeks' first colony. During the Mediterranean's classical period, Sicily was the gastronomical epicenter. Following the Greeks, came the the Romans, Vandals, Goths, Byzantines, Muslims, Normans, Germans, French, Spanish, Austrians, and finally the northern Italians, with many struggles and advances along the way. Archestratus, an ancient Greek-Sicilian poet, philosophized about the way of eating in his work “La Gastronomia,” while sipping aged wine, already at that time. 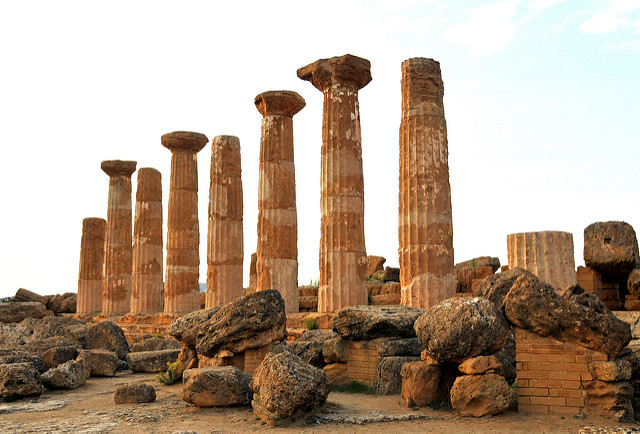 When the Romans came to power, vine cultivation stalled, instead shifting the agro-economy towards grain to feed the hungry bellies of an empire. Next, the Vandals, Goths, and Germanic tribes occupied the island and ushered in a period of viticulture relapse. A bright light among rulers was the Muslims, as they introduced progressive land reforms, such as a fixed annual land tax and polyculture programs (the diversification of agriculture cultivation). The following Normans brought amazing riches and the will to protect natural resources. Finally, the island was treated as a mere geopolitical territory by the Germans, French, Spanish, Piedmontese, Austrians, and Bourbons before becoming unified with mainland Italy in the mid-nineteenth century.

Lucky for us, the conquerors left some of the vines behind and there is a growing movement, among Sicilians, to take control of their own viticulture system. Sicilians are proudly revalorizing their land with native grape varieties and distinctly Sicilian winemaking methods. Cantina ArmosA is one of them. Cantina ArmosA is located in the town of Sicili, belonging to the Province of Ragusa, in the southeast corner of the island. ArmosA has a great sense of their region's history (see their full-fledged response to question #3 below). ArmosA, disregarding fleeting trendy moments of today, audaciously evokes emotions of historical consciousness.

ArmosA makes Old World wine that you might dream about at night: organic grapes from ancient crus (without the formal designation), but with the smarts of modern winemaking. ArmosA’s small production of three wines -- two Nero d’Avolas and a Moscato Dorato -- all go through extended maceration time, and are handled with delicate pump overs and punch downs to preserve precious polyphenols. The red wines age for one to two years in old neutral barriques; small stainless steel tanks as for the white. All wines are temperature controlled, with no bottle filtration. We are left contemplating history while sipping.

Grape Collective sent a series of questions to Michele Mölgg of Armosa Azienda via email:

How did Armosa Azienda Agricola get into the world of commercial wine production?

ArmosA was born to bring the viticulture back to the land of Scicli that has been tradition for millennia until it disappeared in the last half of this century. The passion for Nero d’Avola led me to create ArmosA with the mission of replenishing vineyards in the most secluded lands of Scilci starting in 2002.

What is ArmosA's take on winemaking?

All my wines follow a natural vinification protocol and are not filtered in order to maintain the integrity of their personality. The mission is to make authentic wines that represent the terroir and the land, regardless of what’s in fashion at the moment. The wines do not have to be “formally” perfect but they must be able to arouse emotions and make the experience pleasant.

Please tell me about the history and terroir of Scicli.

Its origins are very old and date back to the Siculo period, about 3,000 years ago. The name Scicli is thought to come from Siclis, one of the names used to indicate the people of Siculi. 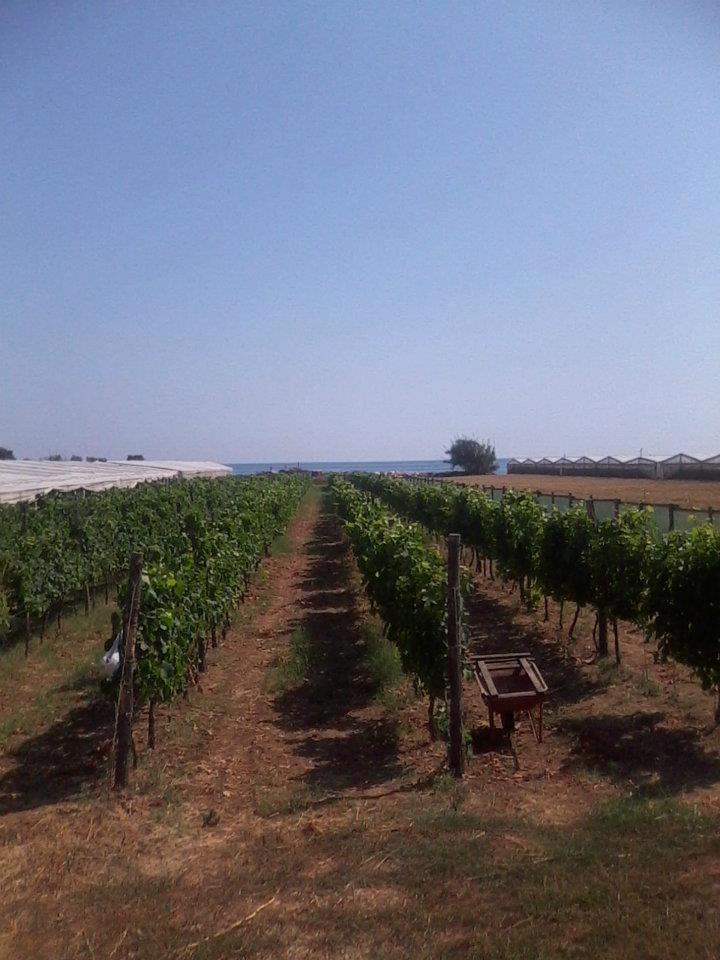 The human presence in the territory of Scicli dates back to the Neolithic period, as evidenced by the findings of the Grotta Maggiore dated between the age of copper and the ancient bronze age (III-II millennium BC - XVIII-XV sec. A.C.).

The characteristics that shape the territory, with the presence of caves and grottos, have favored the birth of numerous rock settlements. Like Comiso and Ispica, Scicli boasts its descendancy from the Greek-Syracusan city of Casmene, founded in the 7th century B.C. In addition to the Greek remains, traces have been found that testify to the presence of the Carthaginians in the island until the Roman conquest in the third century. After the fall of the Roman Empire, Scicli passed to the Byzantines, and like the other cities of the island, the Barbarian raids, and then the Muslims in 865 besieged and took Scicli.

Under Arabic rule, Scicli knew a period of remarkable agricultural and commercial development and the Arabic historian Edrisi in the first half of the twelfth century exalted Scicli's economic prosperity with these words:

“Scicli's fortress, high above a mountain, is the noblest, and its plain of the most uberous. It is about three miles from the sea. The country thrives a great deal: it is populated, industrially, surrounded by a countryside, [provided] markets, to which it sells from all countries. Everyone [enjoying] the good of God and all the happiest conditions: the gardens produce all sorts of fruits; The wood comes from Calabria, Africa, Malta and so many other places; Farms and crops are fertile and excellent over everything else; The broad and ferocious fields: and everything goes best in this country. The rivers [of our terroir], abundant with water, move with many molini.”

The year 1091 dates back to the final liberation of Scicli from the Saracen rule by Ruggero d'Altavilla and the transition to the Norman rule. The Normans (1090-1195) introduced the feudal system widespread elsewhere, and Scicli and other nearby cities were considered as state cities. The Normans succeeded the Swabians (Arrigo Emperor of Sweden took over the throne of Sicily in Scicli, St. Bartholomew 1195).

Even under the Swabians, Scicli retained the privilege of a state-owned city. Its history follows that of Sicily, so that with the fall of the Svevi in 1266, under Anjou dominion, was tolerated, due to Charles I of Anjou’s policy, which, unlike his Norman and Swabian ancestors, considered the Kingdom of Sicily territory as one of conquest and of economic and financial advantages. Charles I of Anjous’ policy was the cause of an uprising throughout Sicily, known as the Sicilian Vespers. On April 5, 1282, Scicli, together with Modica and Ragusa, came against the French garrisons of the place by throwing them under the protection of Peter III of Aragon. 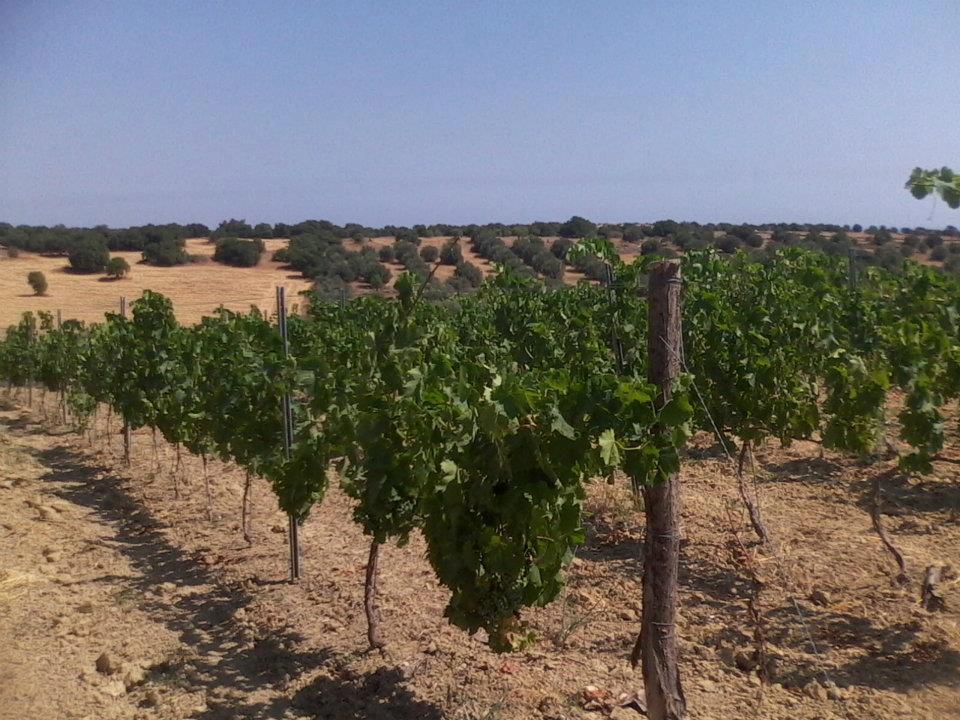 I would add that the viticulture was very extensive until the beginning of the twentieth century with about 1200 hectares of vineyards. Viticulture slowly disappeared so much that in the '80s there were no longer any vineyards (all converted to the most profitable greenhouse cultures). In 2003, ArmosA replenished the vineyards and was the only wine-growing company on the whole territory.

What type of viticulture methods do ArmosA use in the vineyard?

The protocols of organic farming are followed, so no fertilizers or herbicides are used. Pest control is carried out with mechanical machining (milling and tilling), fertility of the soil is guaranteed by the winter sowing of legumes that gives nitrogen to the soil. In addition, manure is used for alternate years. Plant protection is carried out with natural products such as sulfur  and copper compounds  or natural antagonists as strains of specific bacteria.

Winter pruning is done by hand and then sorted in order to choose the perfectly healthy bunches to ensure a high quality wine.

Nero d'Avola and Moscato are made in many ways. How are Armosa's wines different?

Our Nero d’Avola is done in three ways: SICLYS, CURMA and YRMINUM. The difference lies in the vineyards, in the duration of maceration, the type of soil, and the time in wood.

The Curma is a sandy vineyard by the sea, completes fermentation with the skins and must for 25-30 days and is aged in barriques from 20 to 30 months. The Yrminum comes from two vineyards on the hill " Lenza” and "Fossa Stabile" on limestone marl and white gravel. The grapes of these heroic vineyards, under difficult pedoclimantic conditions, are allowed to become like dried raisins, which is ideal for late harvest. Maceration is around 30-40 days and then aged 18 months wood elevation. The Siclys are made with the grapes coming from the "Romito" (on a hill), "Filippa" and "Fumaria" vineyards, all with limestone soil compositions. The wine is macerated with grapes for 15-20 days and 12-20 months aged.

Muscat is made in only one way so that extended maceration on the must incorporates the perfumes into its structure. Please tell about how grappa fits into the picture.

The grappa is produced by a master distiller Giovi with the pomace of Nero d’Avola and white Muscat (when available).

Armosa is part of "Vignaioi Indipedenti." What does that association stand for and how does Armosa contribute as a member?

FIVI or the Italian Federation of Independent Vignerons are a group of Italian artisan winemakers who own their vineyards, the cellars and follow the entire production directly--mico producers in so many words.