We’ve often said that there’s so much more in a bottle of wine than the liquid, though at times that can be transcendent. Inside the uniquely shaped bottles of Infiné 1939 Pinot Grigio and Infiné 1939 At Last, a white blend, is a son’s love and admiration for his late father, “gone too soon,” the son, Marc Taub, told us the other day, describing his dad, David Taub. 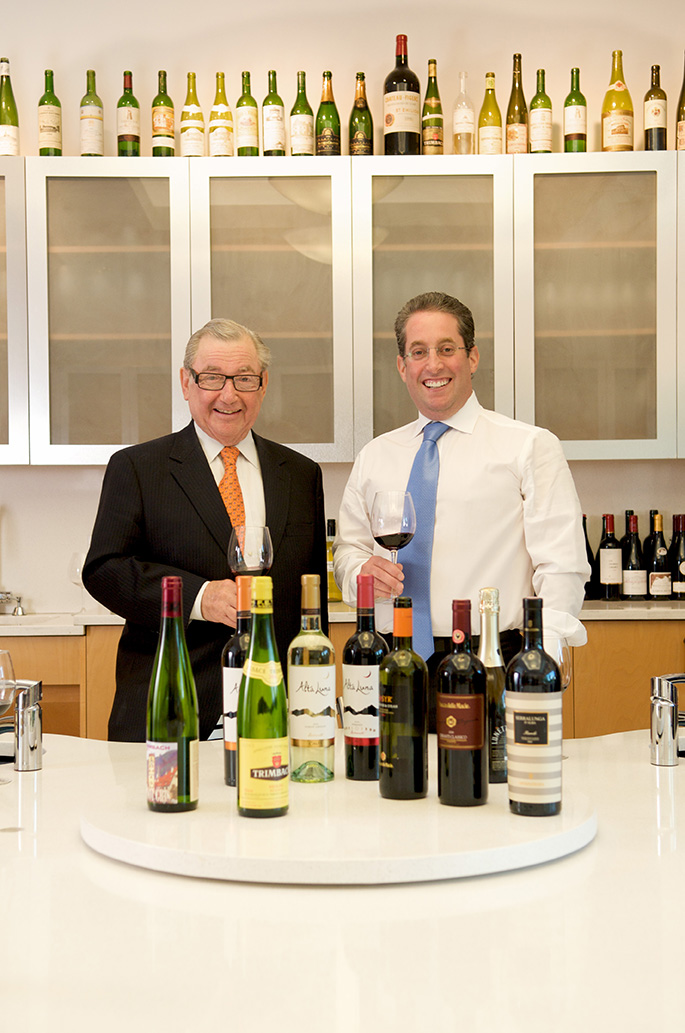 As Father’s Day approaches, we were looking for a quintessential story about a dad in the wine world. When we were starting out, there were, among others, Robert Mondavi, Louis Martini, August Sebastiani, Joe Heitz, and Ernest and Julio Gallo, men who made lasting contributions to Americans’ enjoyment of wine through their eponymous wineries. And they left offspring who carried on in the industry, some for many years in the businesses their dads founded, others longer with their own wine companies.

Then back in February, we were sent two extraordinary wines. When we researched them, we discovered a warm tale of fathers and sons that we didn’t know.

We had not heard of David Taub, who died in 2012 at 72 from kidney disease. He was a significant wine importer and distributor, credited with introducing Pinot Grigio to the U.S. That was in the late 1970s and the sales of that Pinot Grigio, made by Cavit in Trentino near the Italian Alps, contributed to Italy surpassing France as the number one source of imported wines in the U.S. in the 1980s, according to the New York Times obituary of him. The Pinot Grigio by Cavit, now a longtime partner of the Taub family’s Palm Bay International wine import company, is still the best-selling Pinot Grigio in America.

The Taubs’ story in wines and spirits so far spans four generations, giving flesh to an iteration of the wines’ name, infinite. Infiné also translates in English as “at last,” Marc told us, explaining that it took years to develop the stunning Pinot Grigio and the white blend that honor his father, who himself had worked for 36 years to bring the best expressions of a wide variety of grapes to the American table. Marc, 54, president and CEO of Palm Bay International and Taub Family Selections, and his son Jake, 24, key account specialist at the family’s wholesaler, Independence Wine & Spirits in New York and New Jersey, came up with the name Infiné while on vacation in Italy, one of David’s favorite places. “1939” refers to the year David was born.

“I lost my dad too early, at a fairly young age. He was a man of incredible energy and depth and compassion and passion all at the same time. And I miss him and I wanted to make sure that he got the recognition that he deserved for what he brought to the industry, particularly with Pinot Grigio. I wanted something that embodied some of the things that he loved,” said Marc.

David had worked alongside his father, Martin, who got into the spirits business in New Jersey the same week Prohibition ended. Soon after the end of World War II, which introduced American soldiers to wine overseas, Martin founded Premier Wine & Spirits, which sold mostly Gallo wines in New York. Father and son, that’s Martin and David, founded Palm Bay International in 1977 to import wines from Italy, especially Pinot Grigio. Soave was the white Italian wine Americans knew back then and David thought Pinot Grigio might outsell it so he convinced a large producer, Cavit, to let Palm Bay import it, and also to Americanize its name from what sounded like Ca-Veet to Cavit. 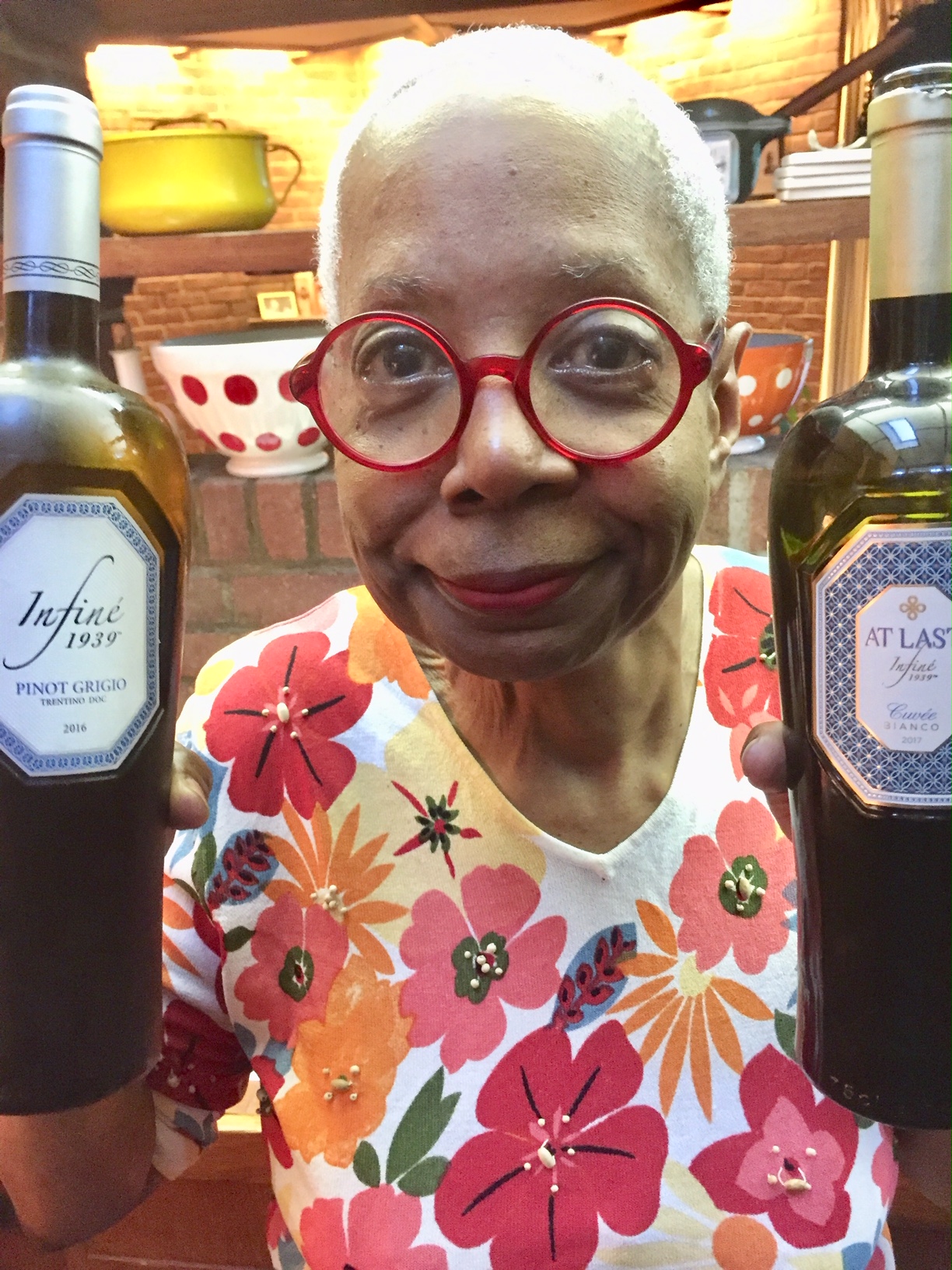 “Pinot Grigio had a balance and a crispness and he really thought that was something that the American consumer would gravitate to,” Marc told us. “He thought Soave, the earlier renditions of it, some of it had a bitter quality to it, flavor notes that he wanted to get away from.” As Cavit’s Pinot Grigio took off in America, grape growers in Trentino were persuaded to grow more of it so some ripped out Chardonnay which had initially been planted to go into the sparkling Trentodoc wines.

For the Infiné Pinot Grigio, Marc tasked Cavit, a formidable collection of cooperatives to which 4,500 family-owned growers contribute grapes, and Carlo Ferrini, one of Italy’s most famous winemakers, with finding the right high-elevation sites and the right clones of Pinot Grigio. Those efforts included Cavit’s winemaker, Fabrizio Marinconz, and an interactive digital platform called PICA that analyzes in real time water needs, soil types, weather and other aspects of vineyards to assist in the use of best agricultural practices.

After separately vinifying grapes from several sites for three years, the team chose two high-elevation sites, “uncommon positions,” Marinconz called them. The two old-vine vineyards had low yields of grapes of great character that ripened a little earlier than others due to the warming breezes from Lake Garda nearby. The grapes are hand-picked and whole-cluster pressed. The wine is then fermented and aged in stainless steel. The first vintage, 2015, was released in 2017, which confounded some restaurants accustomed to young and fresh Pinot Grigio.

Marinconz, who we met in 2019 on a trip to the region to taste Trentodoc sparkling wines, said Cavit made 10,000 bottles (around 830 cases) of the 2017 Pinot Grigio, the current vintage.

The 2017 we were sent and the 2016 we then purchased were both age-worthy and unlike any other Pinot Grigio we’d had. John said, “I’d serve this to wine snobs and not tell them until later that it was Pinot Grigio. They’d be blown away.” “A Pinot Grigio of substance. Some weight, lots of minerals and real presence. Fine acidity. This is a real white-tablecloth white, long finish that heads toward rich,” we wrote of the 2017, $33.

Of the 2016, $26.99, we wrote, “Remarkable. Explodes in the mouth with rich, white-grape tastes, almost like it has been boiled down to its essence. No Pinot Grigio basically tastes like this. This is five years old and it would age beautifully for more years.”

The At Last Cuvée Bianco, $55, comes from vineyards at the feet of the Dolemites and is a blend of mostly Chardonnay and Sauvignon Blanc with small amounts of Gewürztraminer and Riesling. It is a statuesque wine, age-worthy and attention-grabbing in a good way. Palm Bay said around 40 cases of that were made in 2017, the current vintage. With At Last, Marc said, “We wanted to show what Trentino was capable of, with a white wine that would accentuate it and take it to another level.”

Marc grew up watching his dad and grandfather working together in an enviably close relationship. The younger Taub recalls him and his two brothers, who are not in the family business, wincing when Martin, who died in 1999, did tricks with spoons and wine glasses in fancy restaurants or delivered his trademark bad puns. By the time David died, Marc had worked with him for 20 years, soaking up David’s marketing instincts and loyalty for the people he worked with. And yes, his love of Italy and its people and its culture. Every year, when the distribution part of the company closed for two weeks, David would take the whole family to Italy “to experience all of our various suppliers and all that Italy had to show,” Marc told us.

The dark green glass and the uniquely shaped bottles used for Infiné 1939 reflect David’s love of Italian glass and were designed by Italian artisans. “Whether I was with him or not, he would bring back a piece of glass. It could be a glass, a decanter, a chandelier, a statue. He loved Italian glass, Venetian glass, Murano glass. He’d remember a story of where he was when he bought it with my mom.

“When you do a special mold for a project, it’s not a simple thing to do, especially for something that’s kind of limited. So I wanted something that would be special, that no one could copy and utilize. You can change the shoulders, some type of aspect of it and soon everyone is using it, but these cuts are so special,” he said. The label is inset and there’s an infinity sign on them, and the glass is dark to protect the wine.

“In the initial days, we packed it in wood, as if it were a red wine. We wanted to create the right ambience to deliver that message that this is special. Too often gatekeepers put a fence around Pinot Grigio,” Marc said. “We wanted something that delivered in the package and in the glass and on its own, all the way through.”

We’d say he accomplished what he set out to do and more. The wines are remarkable in their finesse, length, cohesiveness and ageability. Still, we wondered how the market was responding to them, especially the Pinot Grigio, which far too many people reflexively sneer at.

“When we first started, it took a little time to convince the wholesalers and gatekeepers on getting there. We were a little concerned,” Marc told us. “Some didn’t get it. But it’s getting easier and easier. My son Jake has been hand-selling it, too, and stimulating our team. More people are truly understanding it and it’s starting to get the level of respect and attention it deserves.”

And how would David, his father, react to Infiné 1939?

“I think he would be thrilled by what the product represents. I don’t know that he would love being in the spotlight,” Marc said, sounding a lot like many of us describing our wonderful, humble fathers. “I think he would be appreciative that we wanted to do that for him.” 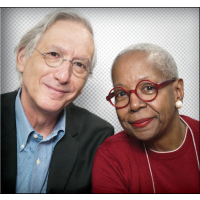