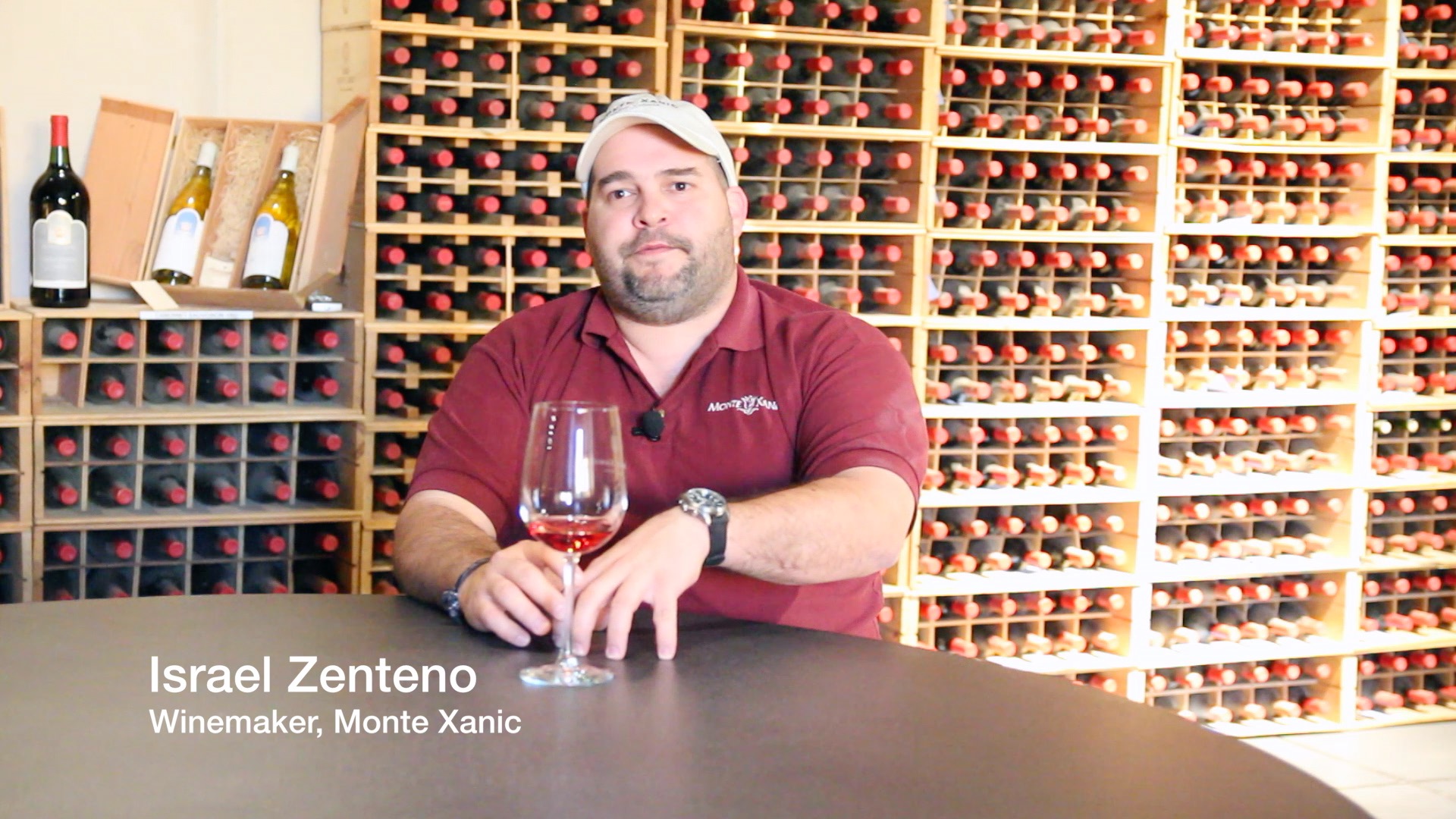 Monte Xanic was the first Baja winery to commit itself to artisanal winemaking. It was founded in 1987 by Dr. Hans Backhoff and a group of investors. Dr. Backhoff was born in Ensenada, Baja California, studied biochemical engineering at Tecnológico de Monterrey, and has a Doctorate (PhD) in food science from the University of Nottingham in the UK. They produced their first wine in 1988. The artisanal approach to winemaking included controlling the harvest yield, hand picking the grapes at night and frequent pruning of the vines.

We spoke to Monte Xanic winemaker Israel Zenteno about the legacy of Monte Xanic and the development of the Valle de Guadaloupe region.

Christopher Barnes: What is your role here at Monte Xanic? 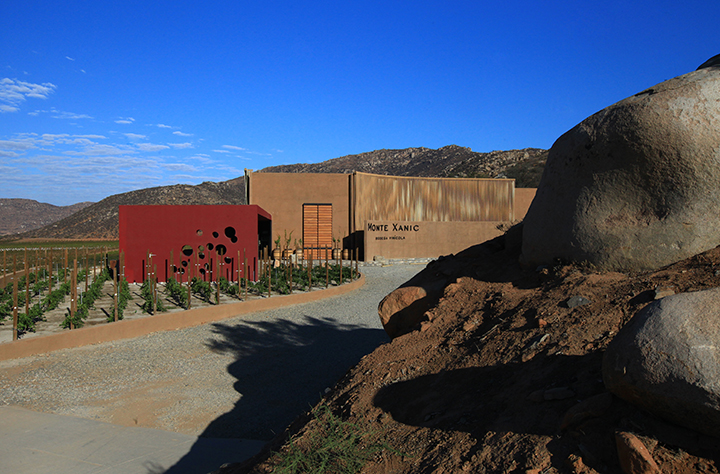 Israel Zenteno: I am plant manager and winemaker in Monte Xanic. I've been working here for the last 10 years or so. So I've been around for a while. This company was founded probably 27 years ago. The first harvest we came up with in Monte Xanic was in 1988. Monte Xanic was the first boutique winery in Mexico, so a lot changed in that area in the winemaking business, before and after Monte Xanic.

Tell us about the Baja winemaking history.

All right, well the history of winemaking in Baja goes way way back, I mean I'm talking 500 years ago when the Jesuits came over and they needed wine for consecration. They relied on Spanish wine and then they started producing wine around here. That's how all the European varieties came over. It was Friar Junípero Serra who went about and took all the vines and started planting all over Baja California and all the way up into Sonoma.

We've been here for a long time. The Spanish king decided to rip out all the vineyards of Mexico, but some survived because Baja California is an area far away from mainland Mexico. Most of the vineyards here survived. The oldest Mexican winery producing for a continuous time here in Baja California is Santo Tomás, it's 127 years old. About 60 to 70 years ago people started producing wine here in the Guadalupe Valley.

The Guadalupe Valley is a really interesting area because it was founded by 115 Russian families. They are the Molokans, they are the milkmaids, they just produce milk. Because they were seeking asylum, the Mexican government gave them this land as it was so far away from mainland. We needed someone to protect the land, so they placed the Russians here in the Guadalupe Valley and they started producing grapes. They were basically a self-sustained community.

Then you had big companies, wine companies come by. Domecq, L.A. Cetto started making wine here, Formex Ibarra and everything was going good until Monte Xanic came by and we started making really good, high quality wine that is on another level. We were like the boutique winery that started the whole revolution of wine in Mexico. This was in 1988 or so. 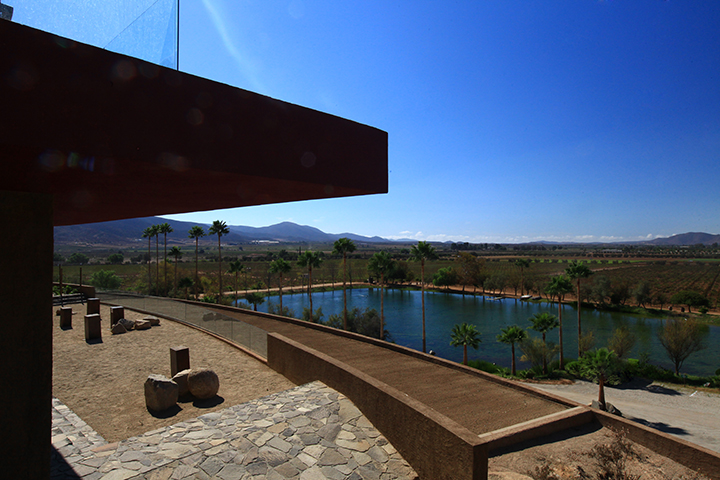 Tell us about the terroir of Baja.

The Baja California peninsula is a unique place in the world. The terroir here in the valley is really arid, so we're in a desert-like area. Most of the ground is decomposed granite which allows for a good drainage of water and then it stresses the vines a lot. A vine is like a human being, it needs to be stretched in order to produce good grapes and only with good grapes can you get great wines. You need to find a way to control the stress of the wine with the natural stress of the arid area where we're on top of.

We do get a good mineral quality into our wines. Our terroir really expresses a lot of what the Baja California area is really about. They are good, firm, hardy wines. They tend to be really concentrated in aromas and flavors. You get good tannins in our wine, so it's a really nice terroir to work with because our aridness, the lack of rain water helps develop really good vines.

We are on a straight line, we're really close to the ocean, so the ocean influence helps us a lot. On a summer day it'll get really hot, which is when the vines need the warmth, and then on the night it'll cool down. That oscillation of temperature goes anywhere from 60 to 110 degrees Fahrenheit, that's what the vines love. They like that and they make better grapes and more concentrated grapes. That's what we're looking to put into our wines. Wines here tend to be really big, really bold, really concentrated. You feel like there are a lot of flavors put into the wine, and that is what the terroir's presence is here.

What grapes do you think are best suited to this region? I see a lot of different international varieties but as you said, the region has been making wine here for a long time. What do you think is really expressing itself the best with these conditions here?

It's hard to tell because not a lot of people would experiment with different grapes and different clones because it's a long process. From when you plant a vineyard, until you get your first wine it'll be anywhere between 8 and 12 years from when you plant. So a lot of people will not experiment with different clones or different root stocks. Cabernet Sauvignon does really well, it does in most parts of the world. We also found that this hot climate works really well for grapes like Chandon Blanc, which are from a cooler climate but they express really nice flavors here.

In Monte Xanic we are more into the Bordeaux varieties, so we do have a lot of Cabernet, a lot of Malbec, Merlot, Petit Merlot, Cab Franc. We found that Malbec grows really nice here in the valley. We won a couple awards for our Malbec for the best Malbec in the world, a couple of years ago. Our Cabs always do really well, our Sauvignon Blanc is really nice as well, so we don't really know which would be the iconic grape here in the valley. Nebbiolo grows really nicely, but then you also have Tempranillo, you have Grenache, you have pretty much everything growing really well here.

Picking out one variety for the whole area is kind of hard because everything grows really well. Of course you can't get grapes like Pinot Noir, Gewürztraminer - those delicate grapes can't grow here in this harsh environment - but we've seen everything from Malbec, to Cabs, to Chardonnays that grow really well here in the valley. Nebbiolos do awesome. So it's a tough question to answer, which is the best grape because we don't believe there's a best grape here in the valley. 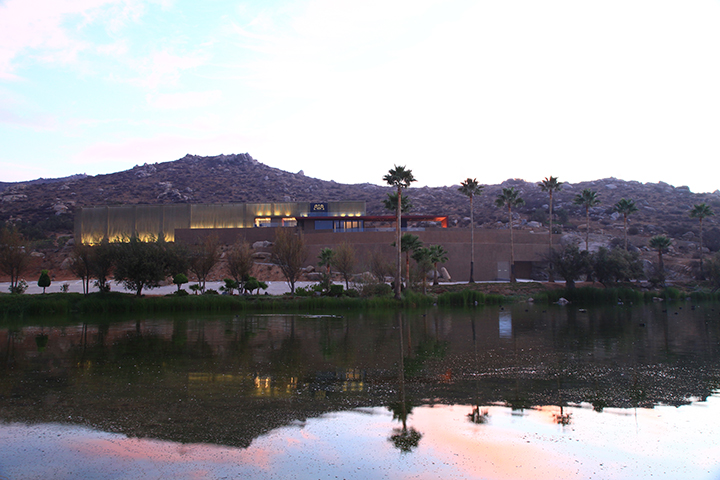 You said it was one of the first artisanal wineries, I mean somebody must have had a vision for this, and how did that come about?

It's an interesting story because Hans Backhoff, the head winemaker of Monte Xanic, was invited to our regatta from New Port to Ensenada, it's a yearly boat race they have. He was sitting there and he's always been, he's always liked wine, he always drank wine, and he started making his own wine in his garage in his house, and he was going in this regatta and everyone was drinking beer and he was just drinking one of his bottles of wine.

One of the guys from the boat came by and said, "Why aren't you drinking?" And he's like, "Oh, I'm just drinking here, a Cabernet." He says, "Oh, can I have a sip of that wine?" And he's like, "Yeah, sure." So they started talking and he says, "I got a couple of friends that might want to meet you," because Hans starts to say, this comes from the Ensenada region the Guadalupe Valley, he bought the grapes here, and soon after they were five friends all together trying to decide to make the best wine in Mexico.

They came over looking for properties, Monte Xanic, Xanic is a Cora dialect word. It means the flower that blooms after the first showers. When they bought the property, it was during the last showers of the year but it was when the vineyards were blooming and they came up with the name for the winery. They decided, let's just make the best possible wine in Mexico. If we can't sell it, we'll drink it. They started producing Chandon Blanc which is not a typical grape to start with, considering that in Mexico the most expensive wine was a $4 bottle of red wine. Monte Xanic came up with an $8 bottle of white wine and it was against all odds because people were not wine drinkers back then.

We're still getting more and more wine drinkers nowadays, the consumption is growing but 27 years ago hardly anybody would drink wine. So we decided we're just going to make the best wine out there, so we knew, Hans knew, the good things about the valley. He knew how to treat the grapes and how to process and how to make a good wine.

That's how Monte Xanic all started. We said our goal is to make great wine, not to sell the wine, not to make a huge profit out of it, just to make a really good representation of Mexico in wine. Wine tends to be really a territorial thing, it grows from a land and it grows differently in every land in the world, so it's a good representation of what your land is like. That's how Monte Xanic started.

Great. You told me you did 50,000 cases, for a boutique that's a decent size. Is all of that consumed in Mexico or are you exporting it? 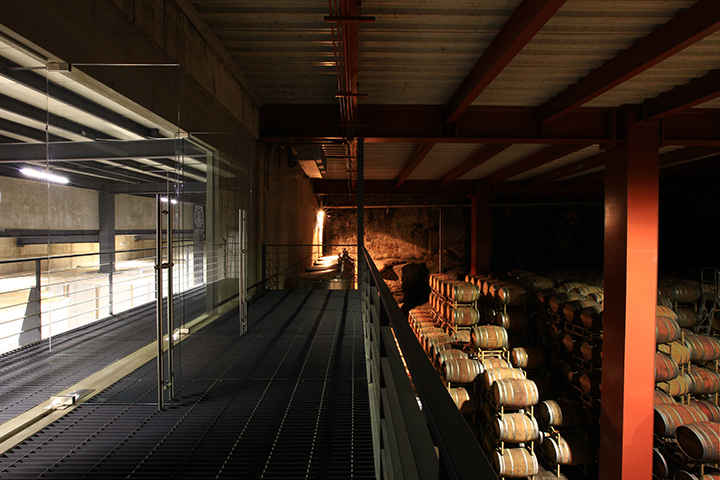 Yeah, we grew quite a bit in 27 years. We started with 5,000 cases, now we're up to 50,000 cases. The main reason behind that is that people in Mexico were not wine drinkers, now they are starting to be. The wine consumption is growing a lot in Mexico. A good chunk of that is because companies like Monte Xanic and other small wineries are starting to produce better quality wines. People are getting out of the bulk wine, into the good quality stuff.

50,000 cases is quite a bit of wine to make considering it's still a boutique winery, but the quality of the wine at the end is what really matters. You can make 1,000 cases of wine, 50,000 cases, a million cases of wine, the quality doesn't change, it's just there. That's all you really need. We could produce more and more wine but the first sense that we get that we're losing quality we would stop, there's no point of making more, sacrificing quality.

Monte Xanic is now, on a boutique scale, kind of big, but the quality of our wines is still so high that we compete with boutique wineries and we're getting the awards. We're still considered boutique in Mexico.

So is it mostly domestic?