Johannes Tiefenbrunner and the High-Altitude Wines of Alto Adige 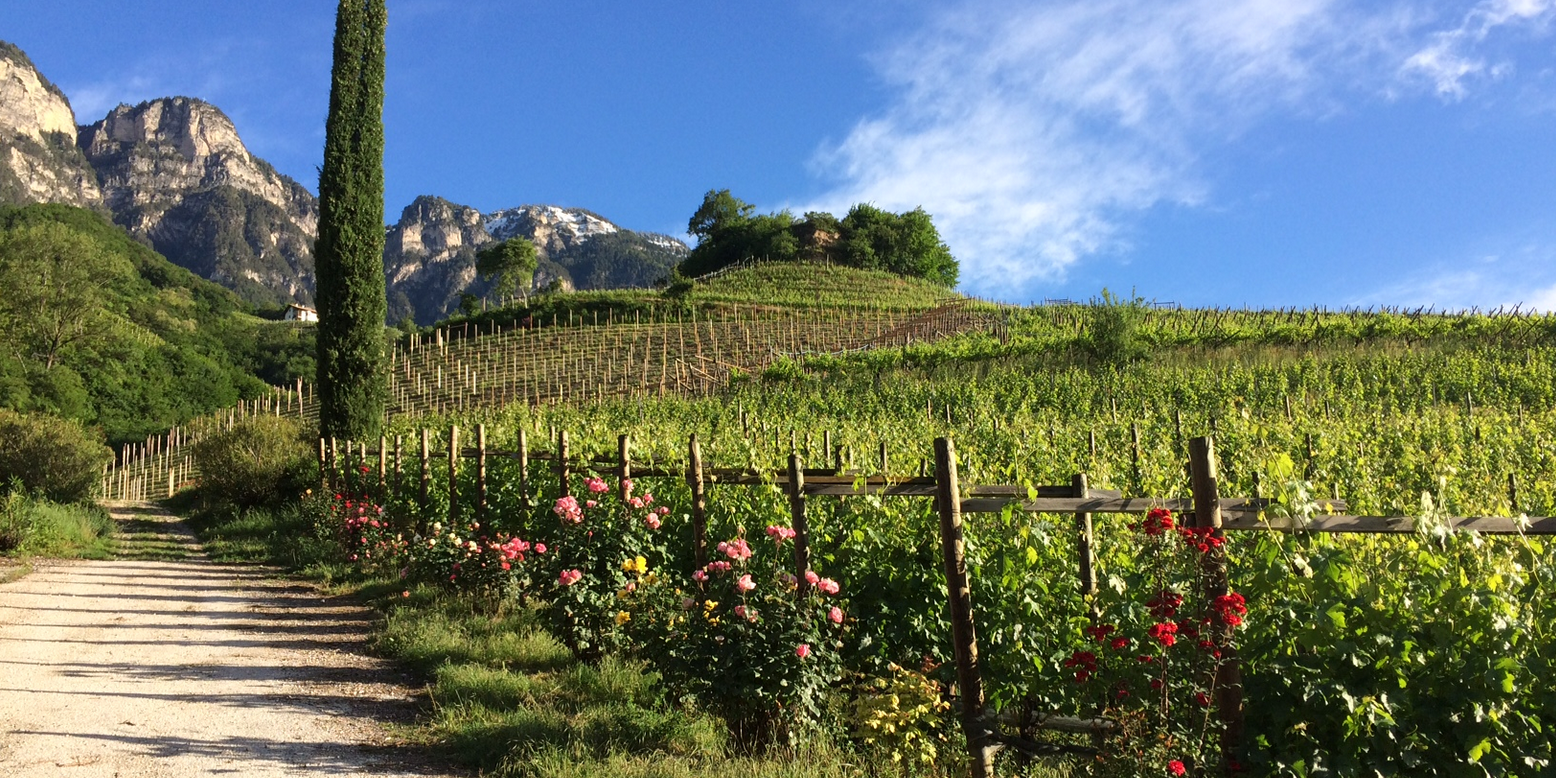 At the northern edge of Italy, where the craggy Dolomites start shading into the snow-capped Alps, lies the wine-rich region of Alto Adige—at least, depending on who you ask. To the large, German-speaking swath of the local population, the region is known as Südtirol. The differing names reflect the unique blend of Mediterranean and Alpine influences that characterize Alto Adige’s culture and, especially, its wine—most bottles from the area are labeled, diplomatically or just indecisively, in both Italian and German. 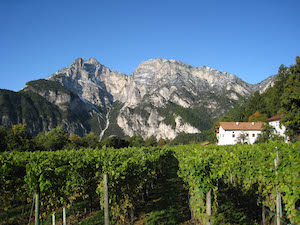 Viticulture in Alto Adige has a rich and storied history, stretching back before the dawn of the Roman Empire and continuing well past its fall, when the region was populated largely by winemaking monks from southern Germany. Through the present day, Alto Adige has attracted wine growers with its ideal and varied terrain, everything from loamy, temperate valleys to breezy, sun-drenched slopes to jagged, frigid peaks. But those same mountains have the added benefit of acting like a wall, protecting the area from cold, moist air while trapping in the balmier air currents traveling up from the Mediterranean. In other words, wines from Alto Adige can range from the rugged, hearty character of a mountainous wine to the easygoing and rustic nature of wines from milder climes—and many of the area’s most renowned varietals manage to express both characteristics at once.

The region is perhaps most famous for its whites, especially Pinot Grigio and Gewürztraminer, which are mostly concentrated in the warmer zones to the south of Alto Adige. The region’s Pinot Grigio in particular takes on a racing, lively edge, imbued with notes of fresh herbs and pine, while its Gewürztraminer tend toward heady, intoxicating aromas of tropical fruit and floral bouquets.

But equally exciting are Alto Adige’s native varietals, Schiava and Lagrein. The former, also known as Vernatsch, came to the region in the 16th century, and has called it home ever since. A light and lively wine, Schiava is redolent of fresh berries and subtle spices, with pleasing acidity and a floral nose. It’s often grown closer to the snowy peaks of the Dolomites, where the extreme temperature fluctuations from day to night give the grape a soft and approachable texture. Lagrein, meanwhile, is firmer and more robust, tending toward a fuller body and more intense flavors of dark stone fruits, violets, and earth or even gaminess, with a firm foundation of minerality.

The Tiefenbrunner winery is one of the region’s most exciting and venerable producers, founded in 1848 in the South Tyrolean province of Bozen, nestled among the Alps. We had a chance to speak to Johannes Tiefenbrunner about his wines and the unique terroir that makes them possible. 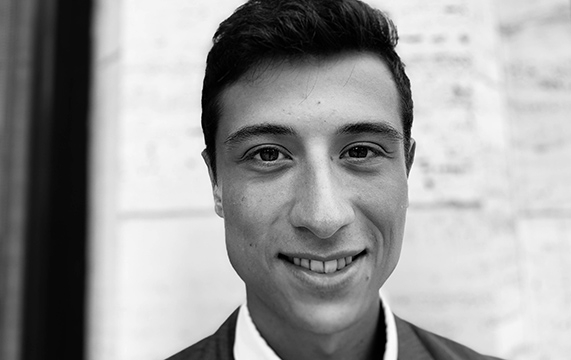 Grape Collective: Johannes, tell us a little bit about the family history in terms of your winemaking.

And, how long have you been involved with the winemaking, Johannes?

I think since I was born. Because, I grew up in the winery. We are living in the same house. So, I grew up there. So, now I'm studying oenology and viticulture in Germany.

Fantastic. And, tell us a little bit about the area that you make your wine, South Tyrol.

How high up are you?

That's like, almost on the edge of being able to make wine, isn't it?

Exactly. It's very difficult in some years, but we get a good wine out of it.

And, talk a little bit about the different grapes that you work with.

We are working with a lot of different grapes caused by the altitude range we have. So, in the lower parts, we have the red wines. They need more warm air. They need a lot of sun. And, in the higher parts, we have mostly white grape varieties. So, for example, on the 1,000 meter sea level vineyard, we have Müller-Thurgau. It's a really early ripening grape variety that is good with the altitude. Our Sauvignon Blancs are located between 300 to 600 meters above sea level and if you know the Lagrein, the indigenous grape variety of our area, it's almost in the bottom of the valley because it needs a lot of warmth, a lot of sun, and also the soil type we find there.

Okay, great. And, talk about, a little bit about the Pinot Grigio that you make.

I think it's how you said already, it's the quantity we take. We are not taking as much as we can. We try to reduce our yields and then it's the climate. We get a lot of day/night temperature differences and that's really good for the acidity, for example, in the wines. And, it's also the soil type. We've got sandy soil with a little bit of clay in it and that's, I think for the Pinot Grigio, really good.

I would say our Pinot Grigio is a really fresh wine. It's really good in the summer, to drink it cool when it's warm outside, because we get a good acidity. 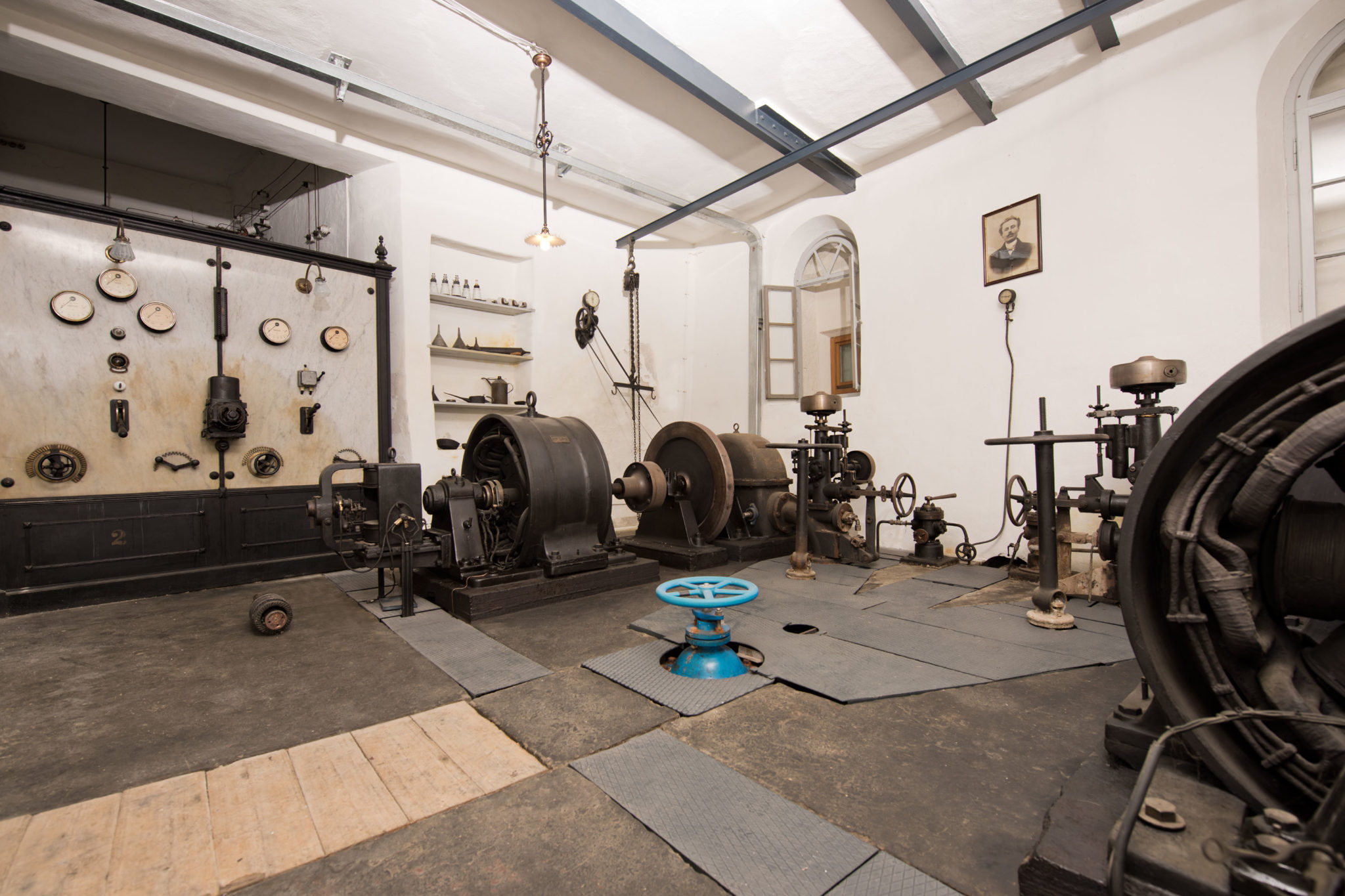 Yes, firstly, our philosophy is we want to work together with nature, so we are not using plant protection, overall, for everything. So we try to find our best solution for us and for the environment. So, for example, we are using power from our own hydroelectric power plant we have. It's running since 1900 and so 93% of our power we use, it's coming from the mountain. So, it's totally green. And, also we don't use herbicides in our vineyards. We try to work as organic as we can.

And, what about the winemaking itself?

In the winemaking, my grandfather started to focus on quality. We try to keep the quality we get from the vineyards because, in the cellar, you can't make things better. You can only keep the quality and make the best of it.

And, have you had things change? Has the winemaking changed over time and do you use technology or anything else, or are you very focused on keeping it the same?

There are some small changes in the technique, but mostly, our winemaking process is the same since the last 20 years. So, now we are going back to concrete casks for aging the wine because it's very neutral, that's good. And, we're using, also, oak barrels and stainless steel, so it's pretty much like in every winery.

And, talk a little bit about the Italian Alps, how would you describe the culture there?

So, it's difficult because, in our area, we are a small German speaking part of Italy. So, we were once part of the Austrian Empire and so until today we are speaking strong German dialect. And, I think, our culture is now a really nice mix between Italian and German culture. So, we've got a really good Italian kitchen with really good German way to think. 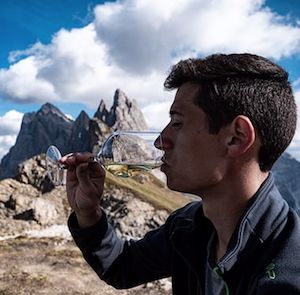 So, a really typical South Tyrolean food is, for example, the Knodel. So, this is a type of bread formed into a ball, and then you put it into water, and yeah it's... if you don't know it, it's very difficult to explain.

So you're the last generation. Have you always known you were going to be a winemaker?

I grew up in the winery, so yes, for me, it was always the thing I want to do. If it wasn't, I think I wouldn't do wine stuff.

And, when you go to oenology school and you learn modern techniques, do you say, "Okay, well I've learned traditional techniques at my winery, and they're teaching me this." Like, some of this is good, but...?

Some is bad, yes. So, I always look, also when I'm doing internships in other wineries, I have a look and I compare it. How do we do that? And, maybe we do it better. Maybe the others are doing better. So, I'm trying to take, always, the best, and maybe one day I can realize it in our winery.

And, has your production stayed pretty consistent, or are you making more wine now?

Since 20 years, our production is more or less the same. Small changes are, I think, always. And, it's depending a lot of the year of the vintage. Because you can have a vintage with 30% less quantity, and you can have a year with 30% more quantity. It depends, really, on the year.

Do you get a lot of vintage variation in the wine? Do the wines change much from year to year?

Elliott Eglash is a writer and editor currently working on his MFA in nonfiction writing at Columbia. His work has appeared in Musée Magazine, The Believer Logger, the Nassau Literary Review, and elsewhere. New to wine writing, he’s been drinking wine since at least age 21. His work can be...