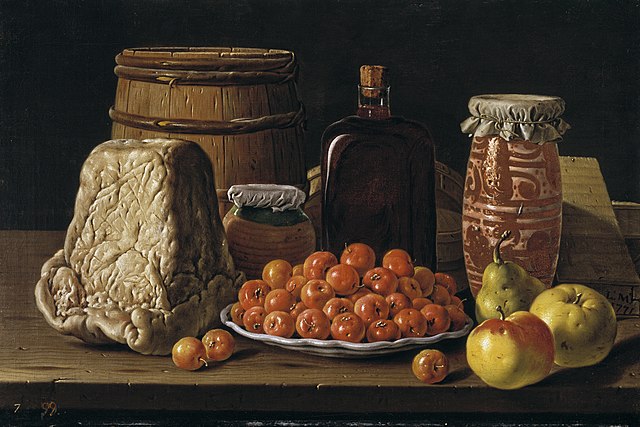 An unlikely pair is sometimes the best of mates; When one thinks of a cheese pairing, beer may not be on the forefront of your mind but it should. Beer and cheese have been mates for quite a while and with the right guidance and insight, you will be pleasantly surprised how well they can match. Beer and cheese industries have had a lot of parallels in their beginnings here in the U.S., growing up together in a manner of speaking. As this country was forming in the 19th century, most small towns had small dairy farms and breweries that reflected the culture of the town. Though with the lack of reliable transportation and refrigeration, neither’s influence spread too far. Then with the turn of the century, with the creation of co-ops and Prohibition, a lot of these small town local breweries and creameries disappeared.

In the 1970s, both the artisan cheese movement and local craft breweries had a revival and began their momentum to become what we know today. Farmers began looking back to old traditions and Jimmy Carter lifted the home brewing restrictions allowing both the cheese and beer industries to flourish and grow. Now, at their pinnacle, they can be enjoyed and even enhance each other. They compete with their long-standing European mates. These rules apply to all cheeses and beers regardless of where they hail. When it comes to bringing them both together, there are a few main key points to remember.

Weight - Birds of a feather flock together 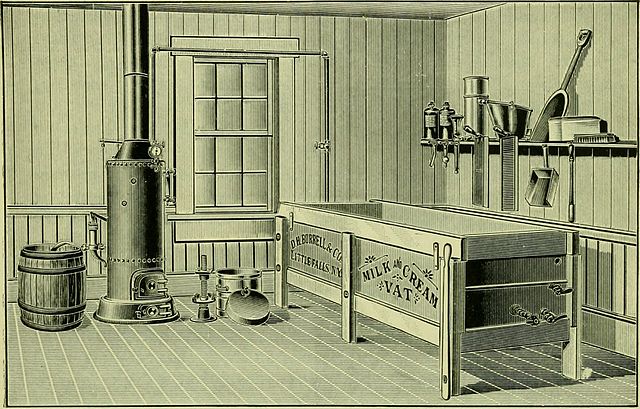 When pairing cheese and beer, weight matters and in this case, it's best to keep the lighter style cheeses with lighter flavored beers. For example, a mozzarella cheese and a hefeweiss play nicely together because neither the flavors in the beer or the cheese will be too overwhelming and they will complement the other.  On the flip side, bigger style cheese like a blue cheese will pair better with a more rich, complex flavored beer like a porter or a stout. You never want one to outweigh the other. A good rule of thumb to remember is a high alcohol beer tends to do well with a bigger style cheese and vice versa.

As cheeses age, they tend to lose water and become more concentrated in flavor and richer in texture. As this happens, and they grow bolder, you must make sure you keep the scales in balance and find a more complex, bolder style of beer to pair. A barley wine will be an excellent accompaniment to an aged gouda or wash rind aged sheep's milk cheese. The balance of what you're eating must match what you're drinking or the beer can overwhelm the cheese or vice versa.

Texture - Cut through the fat

Cheese textures differ as vastly as their flavor profiles. When pairing a soft, fatty cheese it's best to pair with a lighter style beer that will have more carbonation. The bubbles help cut through the creamy texture of a triple cream or a brie, making it more palatable and delicious. A good trick to remember is that the higher the alcohol content, the lower the carbonation. If you are unsure on how bubbly your brew is, be sure to check the ABV. 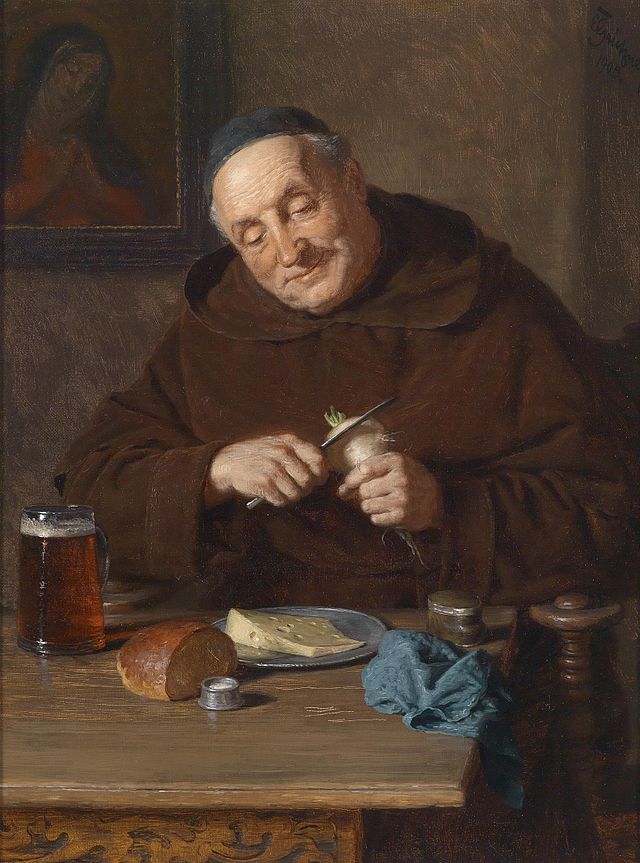 Sometimes a harmonious cheese pair isn’t the most straightforward. Of course sweeter style cheeses pair well with sweeter style beers and bitter IPAs tend to do nicely with a sharper cheddar. But sometimes the opposite holds true! Sour beers pair best with sweeter style cheeses, like a midnight moon gouda. More bitter style beers also pair well with fattier cheeses like an IPA with a young goat cheese because the hops act like carbonation and help cut through the consistency leaving all the flavor.

The Rule: Birds of a feather, Cut through the fat

This match pairs well because the beer and cheese are young and fresh and the flavors in both will tend to be mellow. Also, the carbonation of the beer will help cut through the texture of the cheeses.

The Rule: Opposites attract, Cut through the fat

This match is a little more complex in that the soft brie cheeses tend to be grassy and rich, as the Saison is typically frutier and a little spicy, so they play nicely off each other, bringing out the contrasting flavors in both, making a more well rounded snack. Also, the bubbles in the beer help cut through the sticky texture of these cheeses, washing them away and leaving your palate ready for the next bite.

Tripel and an Alpine

Alpine cheeses tend to be aged a little longer than the cheeses previously mentioned. Their complexity and concentration of flavors stand out a bit more to the taste buds. A Belgian Tripel style beer tends to be higher in ABV and have fruitier flavors. This pairing contrast produces flavors of fruit and nuts and balances the other in weight and depth. 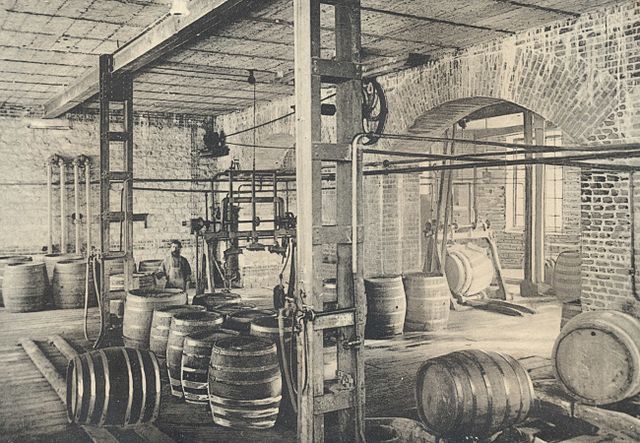 The Rule: Birds of a feather, As you go older go bolder

Both the bitter hops of an IPA and the sharpness of cheddar leave the residual sting on your tongue. These similarities will cancel each other out and let the other more subtle flavors emerge. Both cheddars and IPAs have more aging capability that fresher styles may not have, leaving a more complex and bold flavor lingering in your mouth.

The Rule: Cut through the fat, Opposites attract

The bitter hops in a classic style IPA tend to cut through the fat of some of the softer cheeses and although I wouldn't pair it with a milder style of soft cheese, a tangy goat cheese could just be the ticket. The tangy, sweetness some goat cheeses produce will help balance out the flavors and a dank, bitter IPA.  Bringing this pairing together helps elevate the overall flavors of both.

I’ve selected these two as a unique pair, even though sweet and sour have gone together since the beginning of time. Younger goudas, like a ‘Midnight Moon’ tend to have a mild sweetness and semi-firm consistency making it an ideal match for a high carbonated sour beer. They balance each other nicely, leaving neither a too sweet nor too sour note at finish.

The Rule: Opposites attract, As your go older go bolder 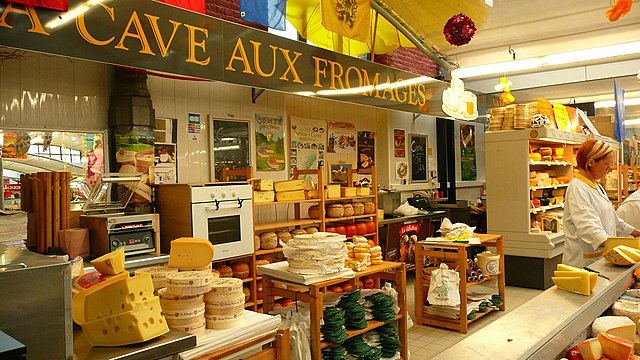 Both a Stout and a Blue cheese are as complex and bold as can be. Both can be aged and have rich characteristics in opposite directions. Stouts tend to be sweet, nutty and creamy in viscosity. Blue cheeses are big, bitter and bring a lot of earthy flavors to the table. The stout and blue help balance these flavors and bring a harmony like no other.

When trying to pair beer and cheese, one must remember that there are no rules to brewing craft beer, only guidelines. Each style of beer produced by a different brewery will have its own unique character. So these pairing principles must be taken into a similar account, that they too are just guidelines. When all is said and done, the most important rule of all is, it's what you enjoy the most that makes the best pair!