Working in a wine shop, I see confused customers attempting to decipher wine labels all day. Who could blame them considering France’s omission of varietals and Germany’s Pradikatswein system? With such inconsistency in the way that modern wines are labeled, you might be surprised to know that Ancient Egyptians fostered a labeling system for their wines that could rival the content on the most informational bottles on the market today. 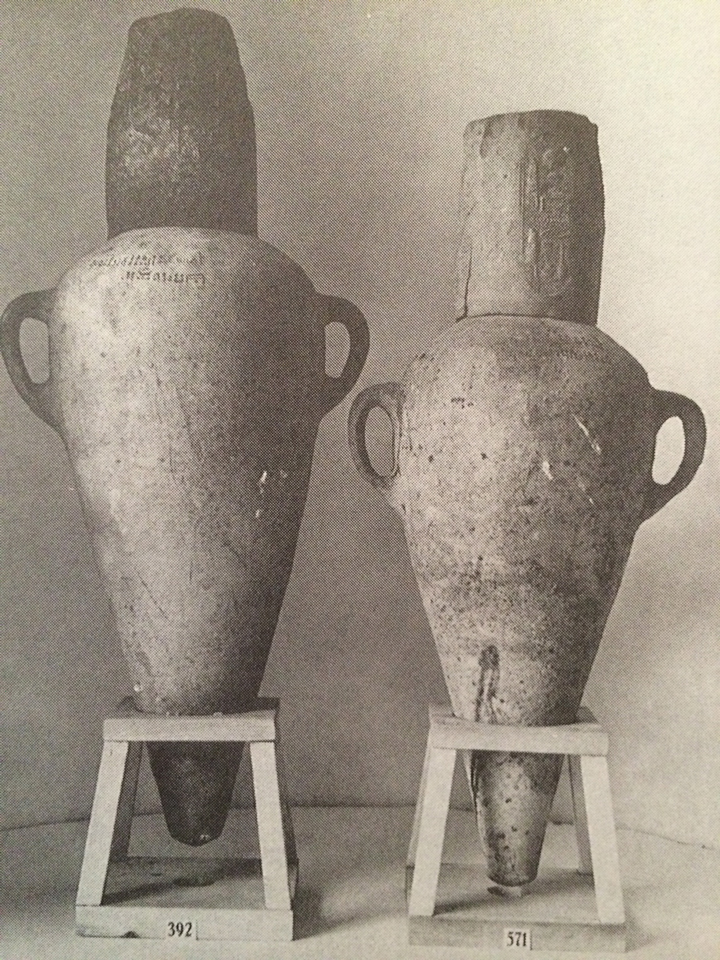 Ancient Egypt was predominantly filled with beer drinkers but at the end of the Fourth Millennium BC, wine emerged as a prestige beverage in increasing demand by Kings and Priests. These wealthy members of society were able to have huge cellars in which they could store their jars which necessitated systems of identification and organization. The wine jars were crafted by potters and once filled, they were sealed with an addition of wet clay around the rim. When the clay was drying, it was stamped using a seal with an inscription detailing a wealth of information about the wine inside.

Since the first dynasty, circa 3000 BC, the impression on the wine jars has indicated the reigning King. Around the time of the second dynasty, in addition to the name of the King, the seal also represented the origins of the grapes by indicating estates or place names surrounded by ovals or squares accompanied by a hieroglyph for “vine.”

Above: Cylinder seal impression from time of King Khasekhemwy, as indicated by the simplified representation of a palace topped by a falcon which represented the Gd Horus, the personification of the living king. This seal also includes an early form of the name of Egypt’s first capital city, Memphis and the vine-arbor sign as seen below (Hieroglyph D.) From The Earliest History of Wine in Ancient Egypt by T. G. H. James.

Below: Hieroglyphs used for words relating to the vintage. From The Earliest History of Wine in Ancient Egypt by T. G. H. James. 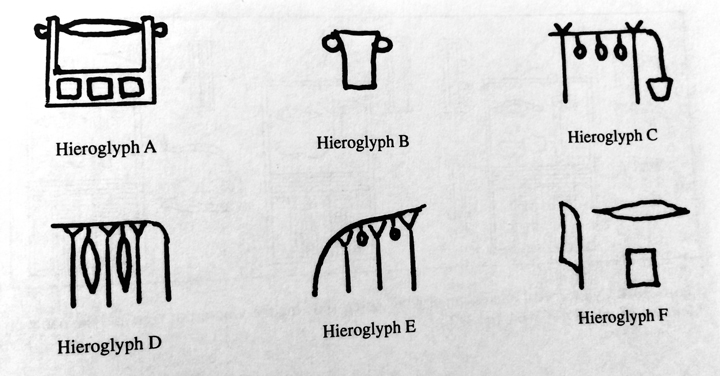 By the third dynasty, noting vintages had become important and the years were tracked by the number of years since a particular King had begun his reign or the regnal year. By the time of the New Kingdom, the labels were expanded upon to not only include the vintage and origin but the name of the chief winemaker as well. Even the stoppers themselves would be stamped with the particular region in which the wine was made and bottled.

This type of specificity in wine labeling was displayed in spectacular fashion upon the excavation of Tutankhamen’s Tomb. Tutankhamen was buried with over five thousand treasures and included in his provisions for the afterlife were twenty-six painstakingly labeled wine jars. 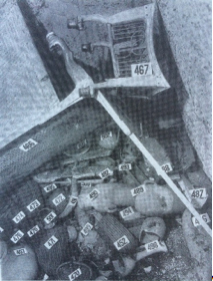 Right: Wine jars, stoppered and unstoppered, as found in situ in the Annex of Pharaoh Tutankhamen’s tomb in the Valley of the Kings, Thebes. From Egyptian Wine Production During the New Kingdom by Leonard H. Lesko.

Below: Facsimile drawing of an inked label in hieratic script on a wine jar from Pharaoh Tutankhamen’s tomb in the Valley of the Kings, Thebes. The Inscription reads “Year 4. Sweet wine of the House-of-Aton – Life, Prosperity, Health!—of the Western River. Chief Vintner Aperershop.” From Egyptian Wine Production During the New Kingdom by Leonard H. Lesko.

Covering the extensive information mentioned above, these jars also went so far as to indicate the style of the wine, be it sweet or blended, the exact volume expressed in the unit hin (two hin is one liter), the winepress on which it was made and the quality of the wine, on a scale ranging from genuine to good to very good.

In addition to the head winemaker, the proprietorship of the vineyard was also indicated. As the vineyards were frequently owned by members of the royal family or the chief temples of Egypt, these markings were indicators if not guarantors of high quality. 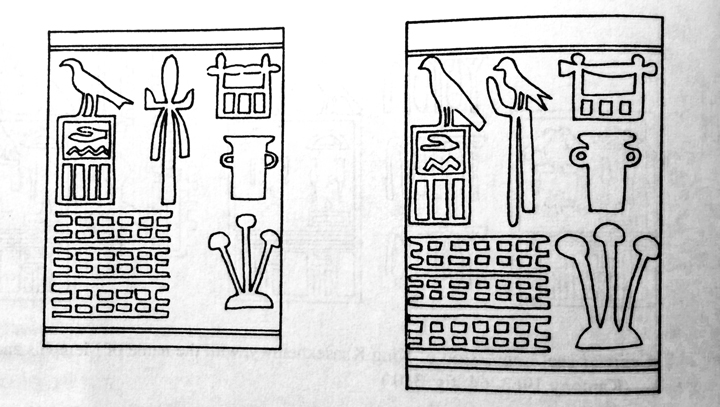 Left: Cylinder deal impression of King Den, the fourth King of the first Dynasty, showing a falcon representing the Gd Horus, the personification of the living king and the hieroglyph for a press as seen below. From The Earliest History of Wine in Ancient Egypt by T. G. H. James.

The most interesting takeaway from Tutankhamen’s wine labels comes courtesy of the indication of vintage. Only the best goods were buried with the young King and out of twenty six jars carefully chosen for his use in the afterlife, twenty three of them were from three particular years. Marked by the fourth, fifth and ninth year of his reign, these vintages, correlating to 1345, 1344 and 1340 BC, were clearly outstanding years for grape growing and winemaking. The sheer fact that we can determine some of the most desired vintages of Antiquity is a testament to the labeling prowess of the Egyptians.

With this type of specificity already being utilized in Ancient Egypt, it’s a wonder that over the last three thousand years, we haven’t created a more consistent, modern and consumer-friendly system of labeling to aid confused customers in their purchases.

Be sure to check out Emily's YouTube channel, History Of Wine, and read more of her work at The Academic Wino with "The History of Wine Containers" and "A Historical Perspective On The Health Benefits of Wine."

Sources and Suggestions for Further Reading:

The Earliest History of Wine in Ancient Egypt by T. G. H. James

Wine and the Vine: An Historical Geography of Viticulture and the Wine Trade by Tim Unwin