The first day of fall was this week and as the weather takes a turn and the days become brisker, the first signs of autumn will appear in our cups, even before we get out the telltale scarves and mittens. We’ll ditch the ice coffee and opt for a pumpkin latte. We’ll swap the summer rose for a light red and our social media streams will be gradually overtaken with recipes for mulled wine. But seasonal trends are not a newer, more recent fashion. Rather, the concept of seasonal beverages goes back thousands of years, and was particularly popular in Ancient Rome. Much like we search for chilled whites and roses from June until August, the streets of Ancient Rome were filled with urbanites looking for a way to cool down in the sweltering heat of summer. An enterprising few worked all year to take advantage of this desperate market. Atop the mountains around the city, holes were dug and filled with snow and ice, then covered over with branches. The ice was then carted down into the city during the summer months to make wine-slushies for the overheated consumers.

Right: Psykter, used to cool wine without diluting it. (Metropolitan Museum of Art)

And when the days got shorter and the temperature dropped, Ancient drinkers forewent the chilled wines and began consuming their fall beverages. The Roman convivium was a rather diverse affair. This diversity affected more than just the seating arrangements as people from different social strata had different tastes in wine. While mixing wine and water was still de rigeur, everyone in attendance drinking the same water to wine ratio out of a krater, an ancient serving bowl — as the Greek did as their symposium — was no longer feasible. Each guest needed to be able to mix their own wine to taste and with this individualization came the mainstay of any convivium table set: the authepsa. 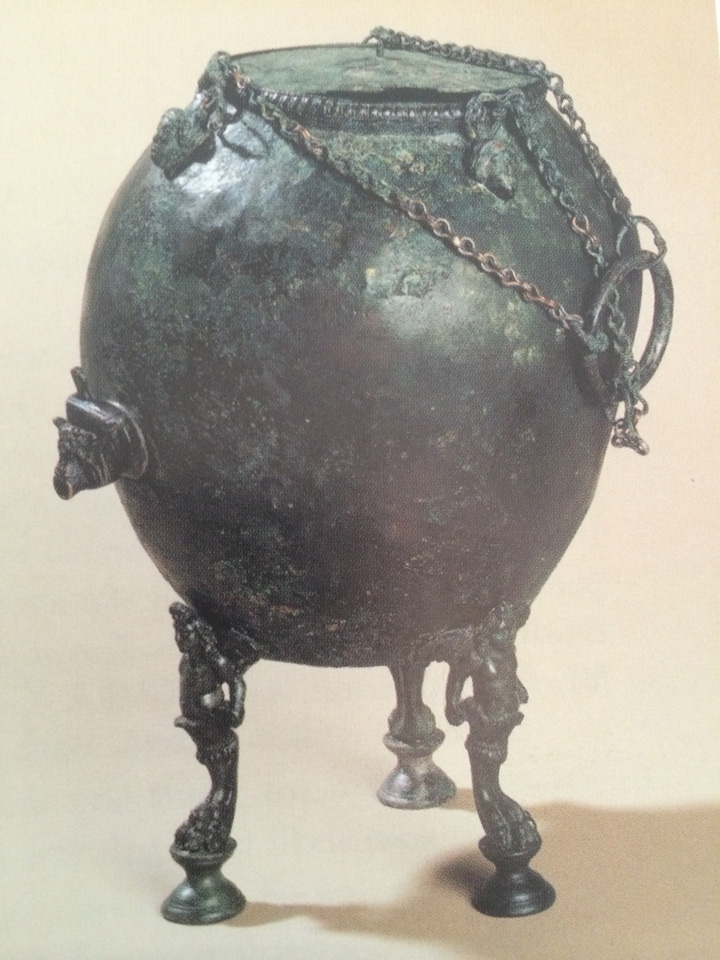 The authepsa was a water dispenser which brought the mixing of wine from the krater to the cup. The authepsa didn’t only afford a drinker a unique water to wine ratio, but also the ability to personalize the temperature of their drink, as it produced heated wate rdue to a cylinder in the center or a little trap door that housed hot charcoal. This hot water mixed with wine would create a type of proto-mulled wine, as it was customary to have spices and herbs premixed in the wine. These warmed, spiced wines reigned over palates for the remainder of the winter months until chilled wines were once again desired later in spring.

So, when you’re cozying up by the fireside with your cup of mulled wine — or perhaps holding onto the memory of summer with a chilled glass — think back to the Ancient Romans and sip away knowing that your seasonal treat has been enjoyed by wine lovers for millennia.

Be sure to check out Emily's YouTube channel, History Of Wine. She has a current video series exploring the history of wine and law, running through September. Choice topics include: Laws, Swindling, Shipping and Taxation, Piracy and Shipwrecks.

A History of Wine: Great Vintage Wines from the Homeric Age to the Present Day by H. Warner Allen

Vinum: The Story of Roman Wine by Stuart J. Fleming