Various accessories have always been a part of the wine industry. From at least 3,000 B.C., we have reliefs and tomb paintings depicting the use of a multitude of different trappings meant to aid in the enjoyment of drinking. Over time, some of these accessories have gone in and out of use while others have remained useful throughout history. However, a handful have been repurposed based on the advancements of the industry or the values of a civilization. The most recent wine accessory to undergo this transformation is the red wine straw. 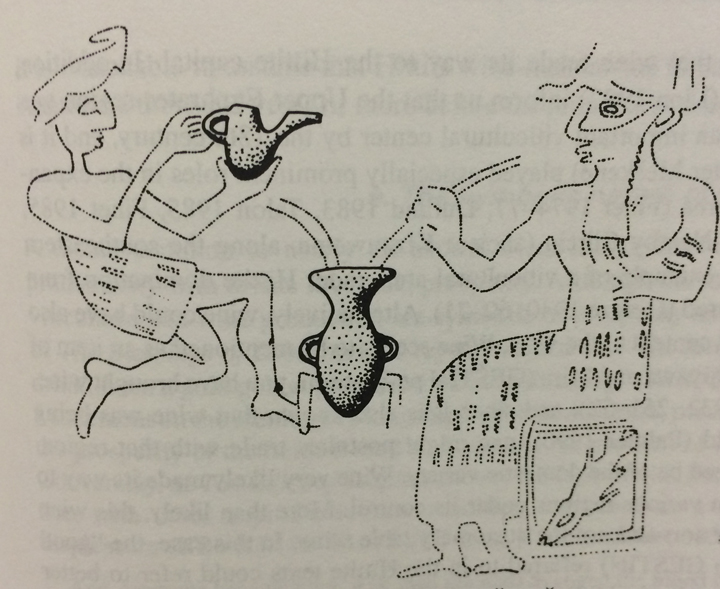 The tagline of the straw reads: “Drink Red. Smile White.” When this was making the rounds on social media, it was met with a whole lot of moaning and groaning. To me, however, it isn't a fad, but rather a return to a style I come across often in books on Ancient Anatolia.

Right: This isn't anything new. Take it from the Anatolians. (Viticulture and Ancient Anatolia)

The drinkers of Antiquity often used siphons or reeds as straws to drink their wine. The images of Anatolians drinking from siphons may look identical to the red wine straws on the internet, but they were used for completely different reasons. Today, it is an obsession with flawless smiles. The drinkers of antiquity, however, weren’t drinking from straws out of concern for their pearly whites, but instead were using the straws to avoid the heavy sediment that would collect at the bottom of a wine vessel. Ancients hadn’t perfected the filtration and fining of wine and by simply drinking off the top layer of a settled vessel, one could avoid the majority of the sediment. 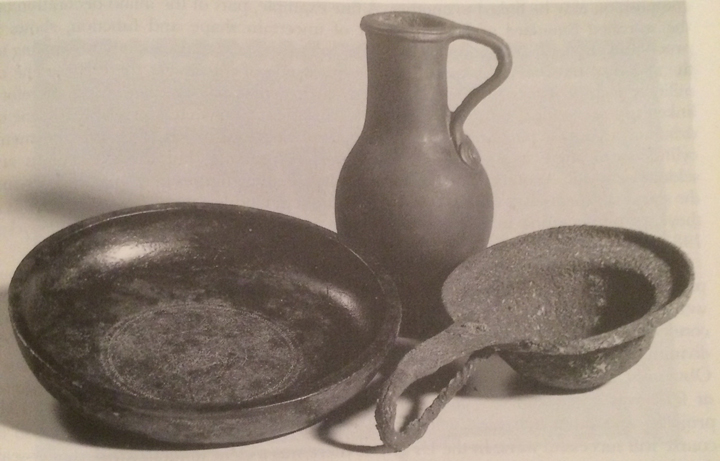 The way that we deal with unfined and unfiltered wines nowadays is to decant them. Although our glass decanters may not look exactly like anything found in an ancient household, the side spouted strainer jugs of the Ancient Mediterranean served the same purpose.

The wine, about to be consumed, would be emptied into a jug and left to settle, then it would be poured from a spout with cloth affixed to it which further filtered the wine. Wine was also poured through sieves to catch larger foreign bodies that found their way into the containers prior to consumption.

In some cases, wine has required the same attention for which different tools have been devised to provide it. In others, new sensibilities have necessitated inventions to aid in our consumption. It seems that there will be no escaping the need to gear up when we’re sipping down. Accessories have always been a part of the wine industry and despite the way that winery technology advances to mitigate existing grievances, other societal pressures will undoubtedly continue paving the way for even more inventions in the way of wine accessories to come.

Below: Can you match the household and cooking utensils of yore with those that you'll find in your cupboards today? 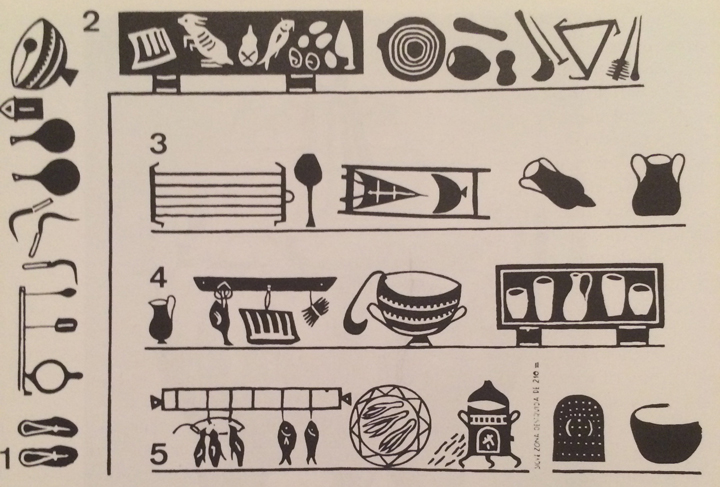 Be sure to check out Emily's YouTube channel, History Of Wine. She has a current video series exploring the history of wine and law, running through September. Choice topics include Laws, Swindling, Shipping and Taxation, Piracy/Shipwrecks, and Vineyard/Winery Labor.

The sources and suggestions for further reading:
An Historical Geography of Viticulture and the Wine Trade by Tim Unwin
A History of Wine: Great Vintage Wines from the Homeric Age to the Present Day by H. Warner Allen
The Origins and Ancient History of Wine Edited by Patrick E McGovern, Stuart J Fleming and Solomon H Katz
Viticulture and Ancient Anatolia by Ronald L Gorny
Empty Cups and Empty Jugs: The Social Role of Wine in Minoan and Mycenaean Societies by James C Wright
← Previous Next →