Antidotes for Our Time, Lambrusco, Unoaked Chardonnay, and Others

There have been times this summer when I’ve felt like curling up into the fetal position. Bad things have been happening with disturbing regularity.

I’m an old journalist who wrote about race relations for more than a quarter century, pressing clarity, understanding and tolerance. Until space travel gets to be as easy as a trip on the L train -- OK, bad example—we’re all going to be sharing this globe for a while. Seriously.

So while we think deeply about what the heck is going on and how we can make things better, here is a vinous soundtrack to sample while we try to help, improve and reorient the things we can affect. A smile for a stranger is a beginning. Giving up your seat on the subway and bus, too. Opening a door for someone juggling too many things. No act of kindness is insignificant.

Here’s a smile in a bottle: 2015 Cleto Chiarli Vigneto Cialdini Lambrusco Grasparossa di Castevletro, $15, a sparkling red. That’s right. Those of you who take that as a sign to stop reading now, “Bye!” No shame, here. It’s fun and beautifully made from Lambrusco grapes from one of the eight Lambrusco DOCs, Grasparossa di Castevletro. Blackberries, blueberries, a zip of acidity and earth anchoring it all and to top it off, it finishes DRY.

This is an awesome accomplishment from the oldest Lambrusco producer (since 1860) in the Emilia-Romagna region in Northern Italy. Cleto Chiarli wines are now produced by Cleto’s great-grandsons, Mauro and Anselmo, and their entire line is delightful. Also check out their NV Rosé Brut de Noir, Spumante V.S.Q. Grasparossa $15, a well-made, soul-satisfying, pretty confection. The V.S.Q. stands for Vino Spumante (Aromatico) di Qualita, and signifies, among other things, wines in which the second fermentation takes place in the bottle. Grapes share part of the huge Chiarli estate with cows whose milk produces Parmigiano Reggiano. Yes! (Dalla Terra Winery Direct is Cleto Chiarli wines’ exclusive U.S. importer.)

While we’re trying to make things rosier, here’s another rosé, Falesco Vitiano Rosé, IGP, Umbria, Italy, a mere $12, a crisp, old-school rosé, wonderfully focused and not afraid to be what it is. Strawberries and watermelon with a splash of lemon, the sort of wine you could drink a lot of on the deck, especially at that price. Gulpable solo or with a light fish.

This wine from Swartland, South Africa is swoon-worthy: 2015 Tania et Vincent Carême Terre Brulee Chenin Blanc $14. This is the third vintage of this wine from Vincent Carême, who has made quite a name for himself in Vouvray at Domaine Vincent Carême, working magic with the same grape. His wife Tania is from South Africa and from their 10-acre vineyard planted in decomposed granite soil, they harvest beautiful, ripe fruit that makes you glow from the inside. Think honeysuckle, grapefruit, green apples. Bliss. 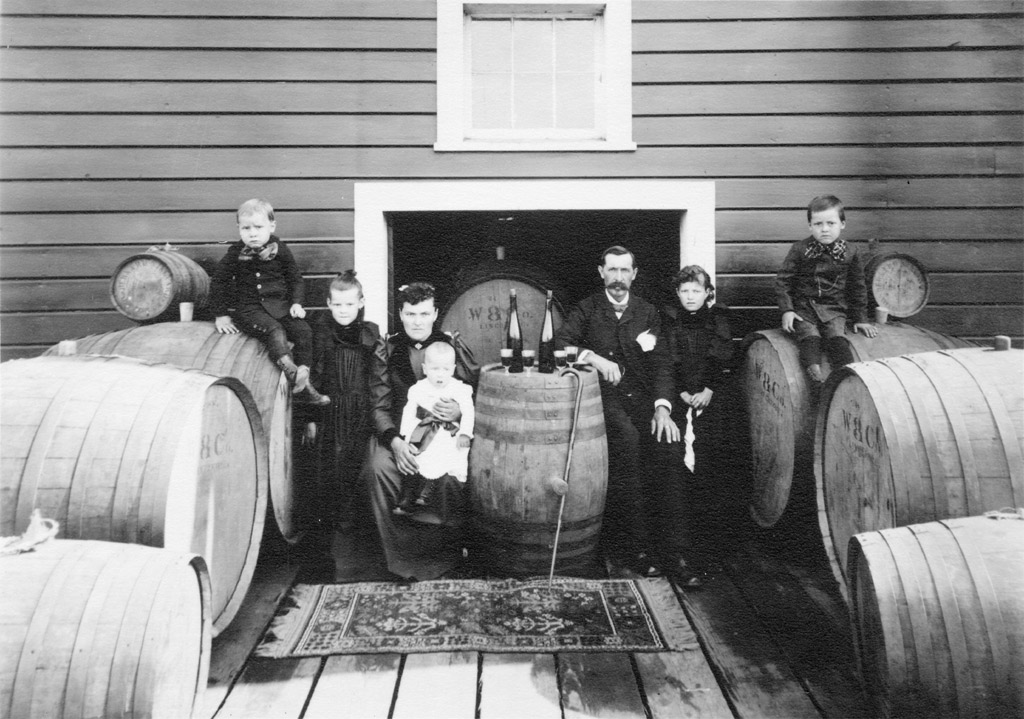 If unoaked Chardonnay is your thing, we recently had two that you might enjoy tasting side-by-side: 2014 Wente Family Estates Small Lot Eric’s Chardonnay and 2015 Stoller Family Estate Dundee Hills Chardonnay, both $25. Bill Stoller, who co-founded Express Employment Professionals, the largest privately-held staffing company in the world, according to the winery’s website, is also o-owner of Chehalem Winery. Wente is observing its 133rd year in business, and in 2012, it celebrated the 100th anniversary of the Wente clone of Chardonnay. Two years ago, Karl D. Wente, fifth-generation winegrower and son of Eric, told me that the famous clone had been developed from cuttings imported from Montpellier, France. Karl estimated that 80% to 85% of the Chardonnay grown in California “has genetic roots that run through our property.”

That’s pretty amazing. But get this: Melissa Burr, the director of winemaking at Stoller in Dayton, Oregon, writes in a winery brochure that “initially Oregon was focused on Chardonnay clones from California such as Davis 108, Wente and Draper. Over time, we learned that Dijon clones were a better match given that they ripen earlier.”

So this was an interesting match-up. Too often unoaked Chardonnay tastes like Perrier and lime. These didn’t. I preferred them and most whites  closer to room temperature than well-chilled, and I found the Wente slightly more to my liking than the Stoller because of its richness and sorbet-like  precision. No hiding here. Bright. John preferred the leaner Stoller.

Bill Stoller’s land has been in his family since 1943 when Bill’s father and uncle bought it to raise turkeys, building it over five decades into one of Oregon’s largest farms. In 1993, Bill bought relatives out to own the entire property. The website states that it is the “largest contiguous vineyard in Oregon’s Dundee Hills,” and “the first winery in the world to receive “LEED Gold certification, attesting that our winery is sustainably built and environmentally friendly.”

These next two are Sauvignon Blancs, the 2015 Nobilo Icon Sauvignon Blanc from Marlborough, New Zealand, around $20, and -- at $36 and a fraction of Nobilo’s production, just 300 cases -- 2015 Massican Sauvignon, $36 from Calistoga, California.  There’s a time and a place for all wines. The Nobilo, what you’d expect from New Zealand with its green pepper nose, clean and fresh, with a surprising attention-getting intensity and minerality, would be perfect for a picnic. The Massican, contemplative as all of Dan Petroski’s wines, even his vermouth, would be well-suited to a white-table cloth soiree. It is intense with great weight, lemon zest, minerals and stones, green apples and lime reduced to their essence, boiled to their true core. One sip lasts forever. Perfection. “A really significant winery,” John says.

Not your father’s Vinho Verde Alvarinho from Portugal, 2014 Soalheiro Alvarinho, $20, was a Wow wine. It had an unexpected richness that showed what winemakers are now doing in this category that we all think we know so well. Time to reconsider those old thoughts. This was a minerally wonder, with honey, white peaches, passion fruit, lychee, crème brulee and earth. Tangy acidity. Planted in granite-rich soil in the Melgaço region, northern Portugal, this is a lot of wine for $20.

With a similar profile, we enjoyed 2015 Château Tourril Cuvée Helios made of 100% Roussanne in Minervois, in the center of Languedoc Roussillon, around $15. Kiwi, peaches, tangerines, a lovely aperitif wine, John says. Charming, caramelized grapefruit.

And now for three reds. First, 2012 Alois Lageder Tenutae Conus Lagrein Riserva, Alto Adige, Trentino, Italy, $30. Alois Clemens Lageder, the sixth generation to helm the historic estate in South Tyrol since 1823, poured this wine at a luncheon a few months ago. I’d been seeing more and more Lagrein, which reminds me of Cabernet Franc, and was curious about his. It was dark, with a Cab Franc-like nose, classy and crisp, fruity with some guts, especially at the finish, which had some grip. Fire up the grill. 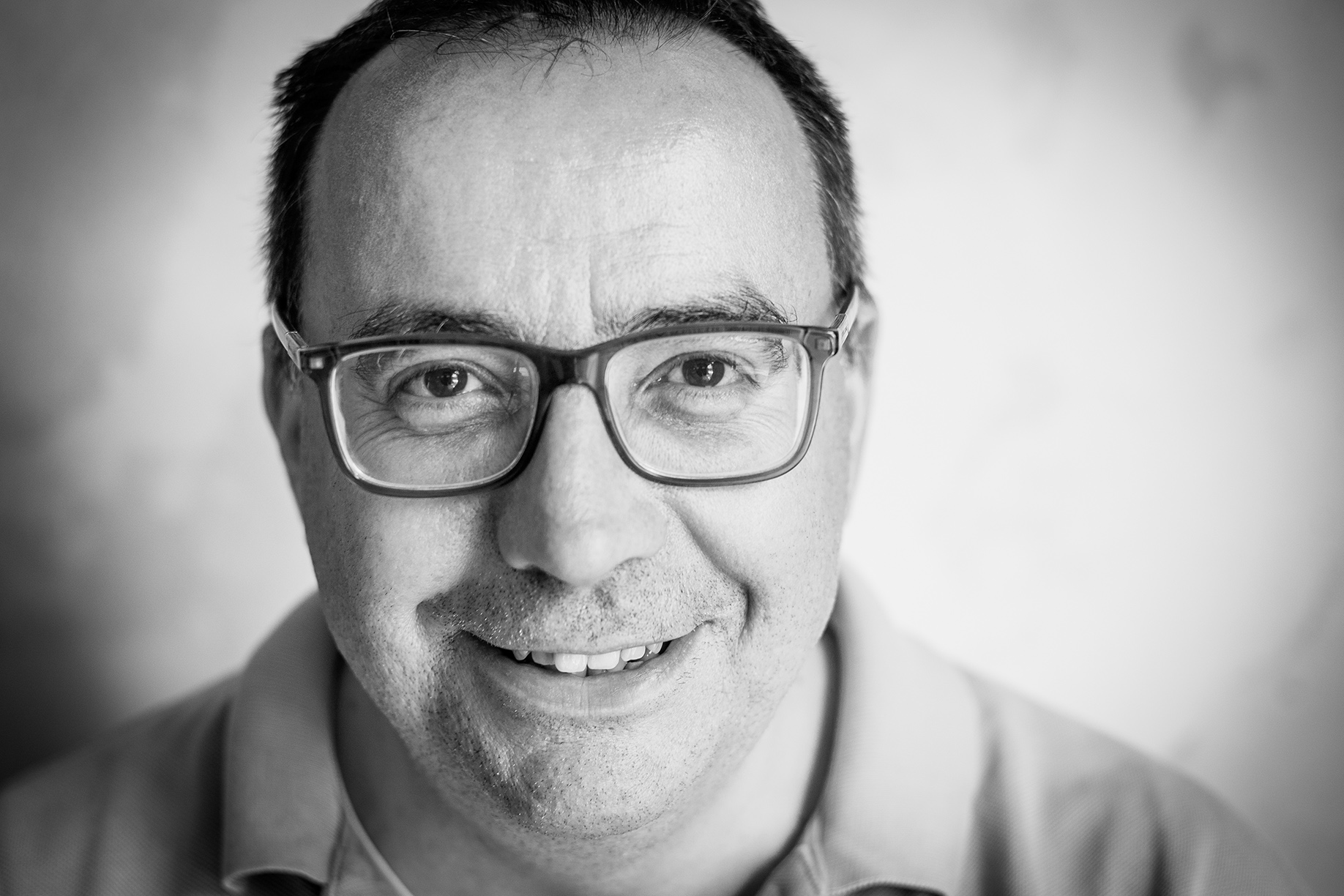 And finally this one: 2011 Fattoria Selvapiana Pomino “Villa Petrogano” Rosso, Tuscany, Italy, $20. It was perfect with my Eggplant Parmiagna. Rustic, earthy, pleasantly dry with nice acidity and tannins. It reminded me of old-school Chianti. It’s a blend of 60% Sangiovese, 20% Cabernet Sauvignon and 20% Merlot, and the result of a blended family in this Chianti Ruffino region.

Fattoria Selvapiana is a small family-owned estate, with 181 years under its belt. Its current owners are brother and sister Silvia and Federico Giuntini A. Masseti (photographed by Monty Waldin right). Their father managed the Selvapiana estate for 37 years, so the kids grew up on the property. In the early 1990s, their father died and the owner of the estate at the time, Francesco Giuntini, who had no children of his own and who wanted the keep the winery under the same name, adopted the two adult siblings.

We are our brother’s keeper.

As of publication the wines described above are available at the following locations:

2015 Massican Sauvignon Blanc at Eastside Cellars in NY for $36.

Il Borro Wines and Ferragamo Shoes Meld Memories With a...