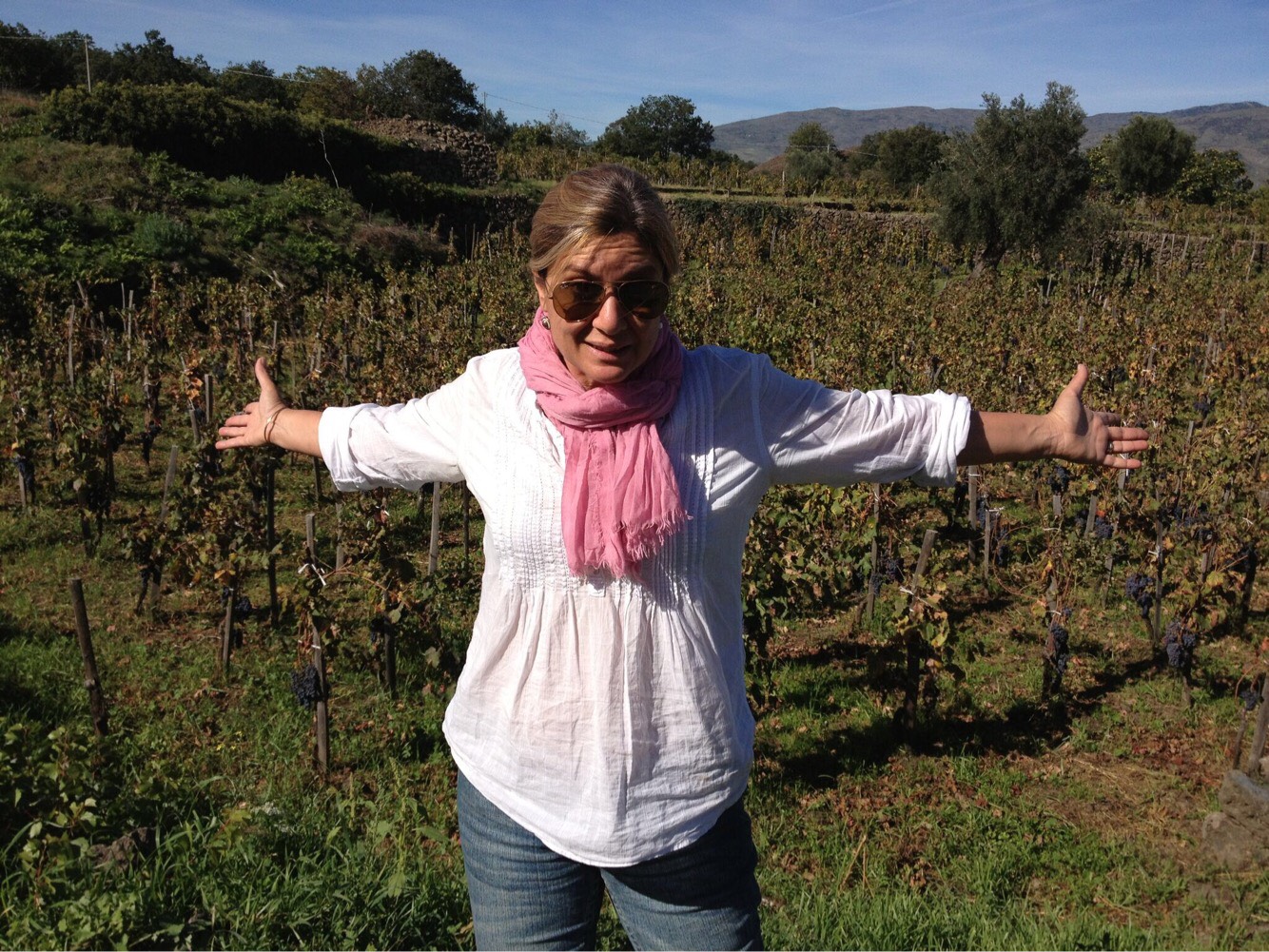 ValCerasa was one of the first wines to be imported from Mount Etna to the United States and for good reason. The Bonaccorsi family has been dedicated to quality wine production for decades, and ValCerasa has continued to inspire since its inception.

Vincenzo Bonaccorsi, a career physician, made homemade wine with a passion for his friends and family in his spare time. 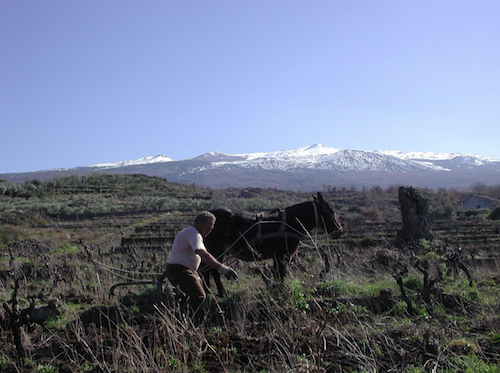 Alice, his daughter, told me, “My father was not an oenologist, but he took care of the vines with the same dedication that he offered to his patients." And so it goes. Hobbies can only ever be hobbies, but a life’s work is unsurmountable.

Thankfully, Alice pushed her father to make wine in a more serious manner, starting in 1996. Shortly thereafter, the father-daughter duo solicited the advice of Salvo Foti. Bonaccorsi’s first release immediately flaunted the terrior that they were working with.

In 2003, Alice became the sole proprietor of ValCerasa. Alice is dedicated to solely growing native grape varietals with natural practices and showing off her gnarly old vines. The wine does the talking for her. Bonaccorsi vineyards is located on the northeastern side of Mount Etna, between the Passopisciaro and Randazzo contradas. Marco de Grazia was struck with what he saw: vines trained in traditional low-yielding methods, in intensely rocky and fine black soils, between 500 to 850 meters in altitude, with hand-harvesting and organic practices that produce unique wines of immense character. Marco de Grazia ended up opening a winery down the road: Tenuta delle Terre Nere.

Recent excitement for the potential establishment of a DOCG on Etna signals a move to it being considered among the world’s best wine regions.

Grape Collective sent a series of questions to Alice Bonaccorsi by email:

Marco Salerno: Your father was a doctor. How does a doctor become a winemaker? What does growing grapes provide that curing patients does not?

Alice Bonaccorsi: My father was a doctor but his family owned some farmland and he was very close to the land. My father was not an oenologist, but he took care of the vines with the same dedication that he offered to his patients.

What was the most significant lesson that you learned from your father?

My father taught me to respect the land and its fruits, he told me that we must support nature not try to counter it and change it.

In the early days, you received the advice from Salvo Foti. What was that like?

Salvo Foti was the first winemaker to study the Nerello Mascalese and produce wines much more interesting than those on the market until then. So it was natural to turn to him. Later we understood that we wanted our wine to represent ourselves, our grapes and our territory and that it did not have its signature but our heart.

Your vineyards on Etna are in Crucimonaci, between Passopiciaro and Randazzo. How is Crucimonaci unique in comparison to the other areas of Etna? 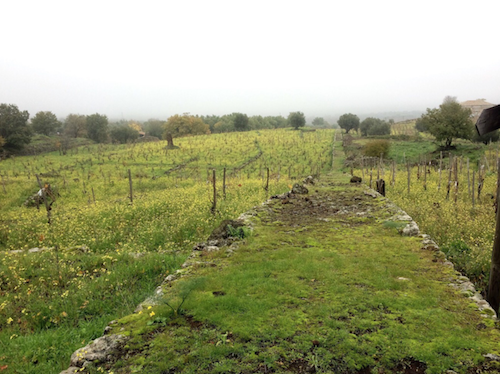 On Etna, more than in other wine-growing regions, each vineyard manages to be unique and different from the others. The exposure, the slope, the composition of the soil make each vineyard a microcosm in itself. Crucimonaci is suspended .... walking in the streets you feel like ready to launch with a paraglider and then is blessed by the wind that does not allow the establishment of a humid environment where diseases could arise.

Your wines were one of the first to be imported into the United States from Etna. Please tell me about that moment.

In 1999 we participated in our first Vinitaly with the red ValCerasa Etna 1997. Marco De Grazia, after tasting this wine, of which there were only a few thousand bottles, wanted it in his selection and proposed it to the foreign market, first of all the American one. Through Michael Skurnik our wine landed in the best restaurants in New York when no one spoke of Etna wine yet.

What was your experience working with Marco De Grazia? He now owns a vineyard down the road from yours…

Marco De Grazia is a great professional in the world of wine, today he is a fellow producer and also a friend. He has understood, since his first visit to our vineyards, the potential of Etna as territory and of the Nerello Mascalese and of the Carricante as vines. We did a little work together but our visions differed; he aimed at a large company and we at a small craft, so they were too different and we separated. His vineyard at the end of my road ...? Of course, it is the best area of the whole Etna!

Please tell me about the native grapes of Etna. How are they close to your heart? 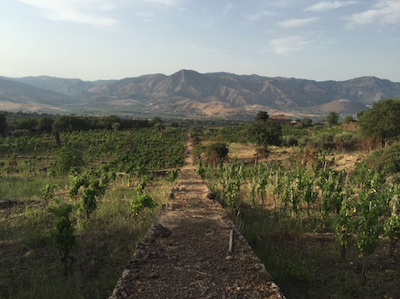 The most representative grapes of Etna are the Nerello Mascalese for the production of red wines and the Carricante for the whites. Nerello Mascalese recalls Nebbiolo for its elegance and austerity, with the latter having in common the ability of long aging that can maintain the juiciness of the product but give it an uncommon gustatory and olfactory complexity. If Nerello Mascalese is the king of the Etna vines, Carricante is the prince, able to give important white wines without ever losing in freshness and drinkability. These grapes are close to my heart because when I was so small that I could not pick up the bunch from the plant, I would sit under the vine and eat the grapes tasting it berry by berry.

What is ValCerasa’s vision for great Etna wine?

Etna is an extraordinary territory, and a great wine of Etna must be, in my opinion, a wine that tells the characteristics of one vintage rather than another year by year.

There is talk about creating a DOCG for Etna. How can a DOCG help Etna affirm its status for producing world-class wine?

Everything that increases the control of the process increases the quality of the product and Etna is a territory ready to welcome the DOCG, perhaps selecting the best vineyards.