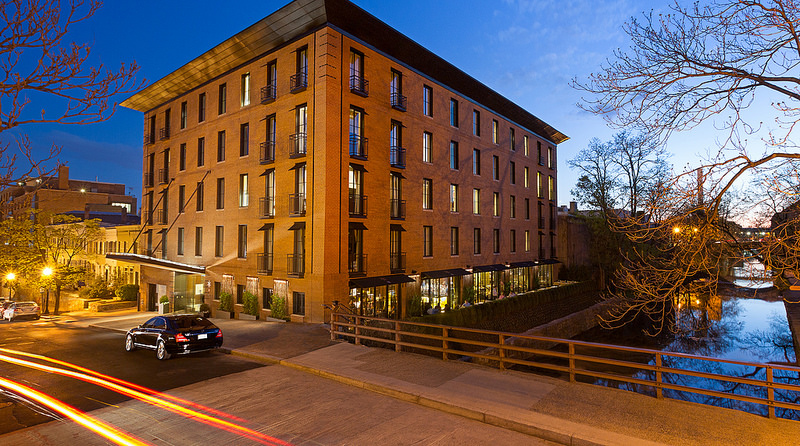 If you were asked to select the 20 greatest red wines from around the world for a once-in-a-lifetime tasting, which would you choose? And how would you make sure you have a broad representation of the the most important and historic wine reigions in the world? A daunting task, no? Fortunately, Master Sommelier Emmanuel Kemiji has made all the hard decisions for you. He'll be showcasing these wines during a “Once-in-a-Lifetime Wine Dinner" March 15th at the Capella Hotel's restaurant, The Grill Room, in the Georgetown neighborhood of Washington, DC.

I spoke with Kemiji about the selection process. He told me he was looking for wines with "more of a historical perspective" rather than what is trendy. For vintage selection, rather than unfairly compare a 20 year old Bordeaux with, say, a six year old Burgundy, the 2005 vintage was chosen for being exceptional in so many regions. If it wasn't a great year for a certain area, a wine from the 2004 or 2006 vintage was selected. What's really interesting is that for the 20 guests attending, each will be served the 20 wines in a different order. Someone may get Lafite-Rothschild first, twentieth, or somewhere in between, and so on for the rest of the wines. This way no one can dominate the discussion or unduly influence a wine's evaluation. Feedback from the guests will be complied toward selecting the evening's, and thus the world's, best red wine.

This tasting preceeds a wine dinner that's focused on more "cult" wineries. So you may enjoy Grilled Bison Strip Loin with Domaine Faury Cote-Rotie among your five courses.

The $3,500 cost of this event includes the aforementioned tasting and dinner plus transportation to and from the airport via private sedan, as well as one night at the hotel with breakfast or brunch the next day. I'd probably be sleeping in and choosing the brunch.

Here's the list of the 20 wines. Agree or disagree with the selections? As a near decade-long resident of Seattle, I am obligated to express my outrage that a Washington State wine was not included.