The Wines of Chile An Introduction 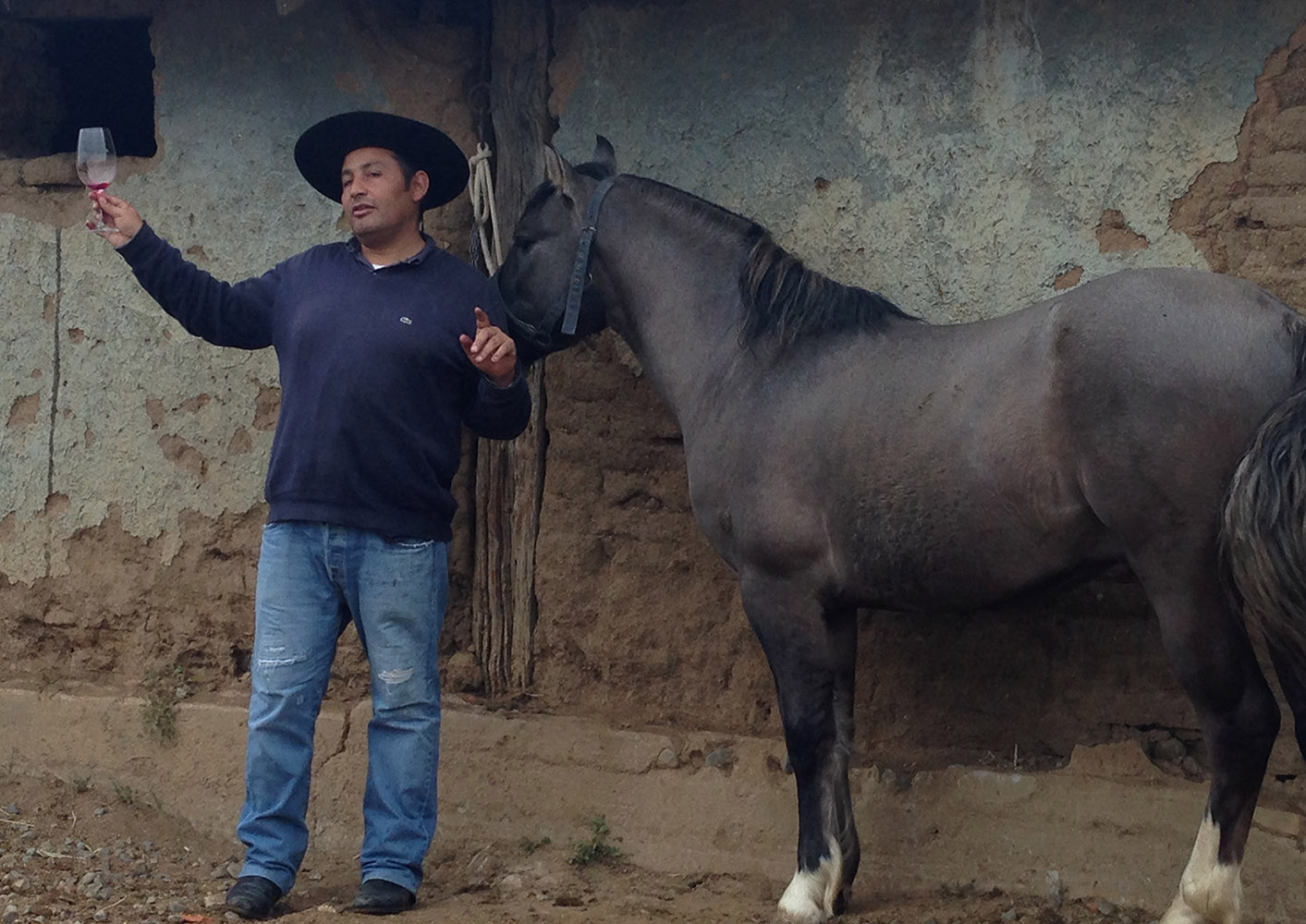 Chile is blessed with the ideal geography, geology and climate to produce wines that are both distinctive and outstanding. Rich in natural beauty and vast wilderness, the country occupies a long narrow strip at the very tip of South America. Its natural borders are protected by the Pacific Ocean to the west, the Andes Mountains to the east, the Atacama Desert to the north and Patagonia to the south. Its climate is similar to California - sunny and dry with a short rainy season. During grape growing season the days are warm and the nights cool. Importantly, due to its natural barriers, the vine eating louse phylloxera has not found its way to Chile, meaning that the older vines remain healthy and ungrafted.

Grape growing arrived with the Spanish conquistadors in the 1500s. The early grapes were very likely the País or Mission grapes from Spain or the Canary Islands. Today Chile has become a highly export-focused market. In the mid-19th century, French wine varietals such as Cabernet Sauvignon, Merlot, Carménère and Cabernet Franc were planted. A further winemaking advance occurred in the early 1980s, with the introduction of stainless steel fermentation tanks and the use of oak barrels for aging.

Chile has many unique wine regions with distinct terroir. For a while the Chilean wine community debated as to whether Chile should stand behind a particular grape varietal much in the way Argentina has become closely affiliated with Malbec. Carménère and Cabernet Sauvignon were the two varietals held up as potential flag bearers. However that movement seems to have faded and now the theme seems to be focusing on the great diversity of Chile’s terroir.

From the Atacama dessert in the north, to Bío Bío in the south, each region has its own unique personality and grapes that thrive. The Casablanca Valley by the coast is cool and foggy - perfect for Pinot Noir and Sauvignon Blanc; Maipo and Colchuago in central Chile have hotter days and are best suited to big hearty reds such as Cabernet and Carménère. Maule, to the south of Maipo, focuses primarily on Cabernet and Carignan. Bío Bío and Itata to the far south have a cool Mediterranean climate that befits País, Muscat and Carignan vines. 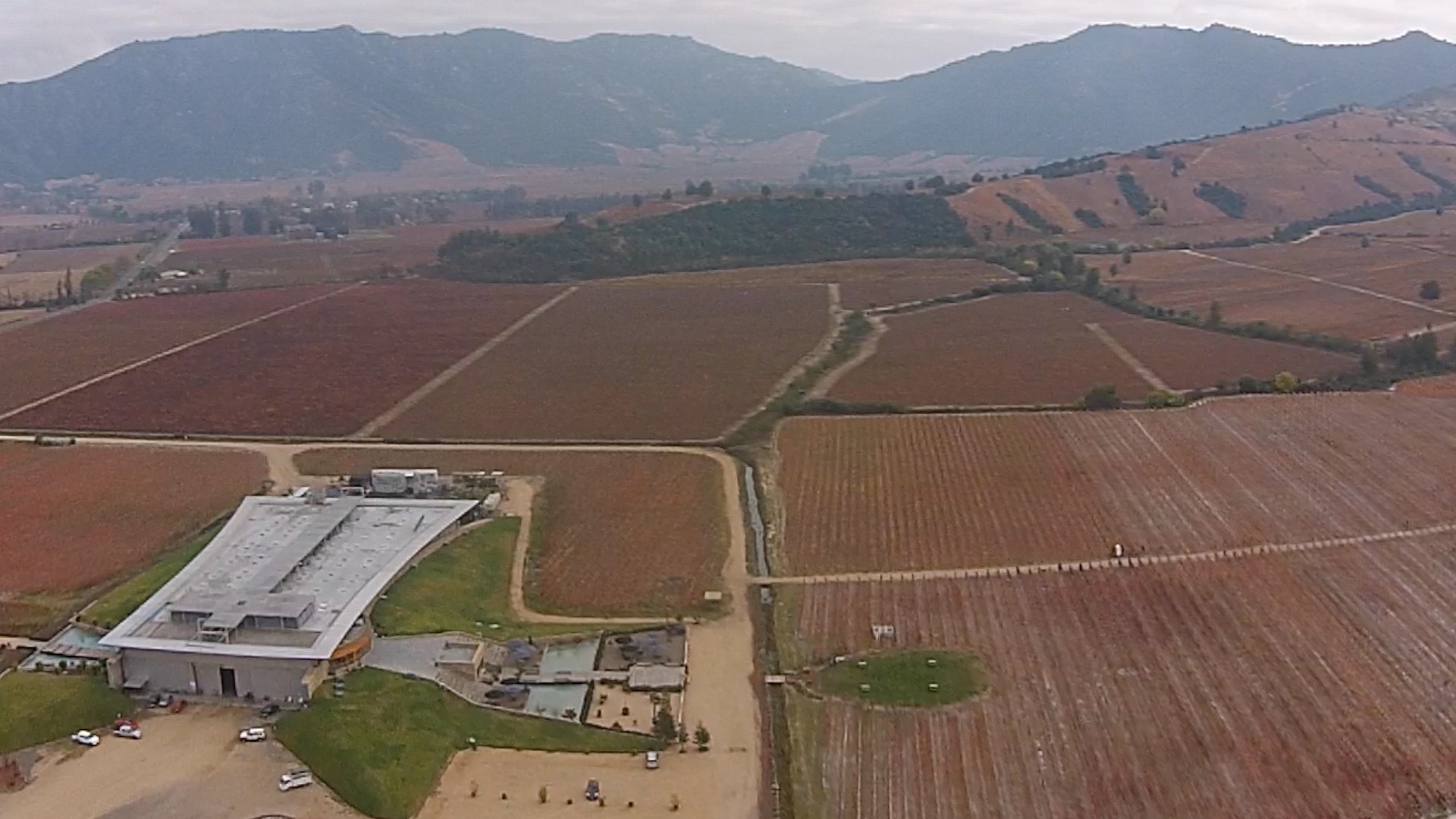 (The vineyards at Viña Montes)

In the US, Chilean wines are firmly established in the value category. A major challenge for the industry has been that it is dominated by three major wineries; Concha Y Toro, Santa Rita and San Pedro (VSPT) together sell 80 percent of Chilean wines. The 1990s saw a wine boom in Chile that attracted major international investment including the Rothschilds of Bordeaux’s Chateaux Lafite (Los Vascos), Alexandra Marnier Lapostolle of Grand Marnier (Casa Lapostolle), Miguel Torres from Spain and America’s Jackson Family Wines (Calina).

If there is a wine hero in Chile it is Aurelio Montes. Montes is the self-made man in an industry dominated by privilege and big conglomerates. He was the first to bang the drum internationally about the quality wines being produced. He used innovative marketing including enlisting the iconoclastic artist Ralph Steadman to design the bottle labels. On every bottle of Montes wine it says “From Chile with Pride.”

Today a new wave of small dedicated artisan producers is elevating the wine reputation of the country. Organizations like MOVI (Movimiento de Viñateros Independientes, the Movement of Independent Vintners in English) and VIGNO (a movement dedicated to promoting old vine Carignan) have emerged, helping the small producers speak with a louder voice. The purpose of these organizations is to promote small and quality-oriented wineries that make wine personally, on a human scale. It is a story that is slowly starting to find resonance internationally, as it is certainly much more interesting to engage with Chile’s wine Davids rather than the corporate Goliaths.

Check out our features on:

In the deep south of Chile, Chardonnay specialist Enzo Pandolfi